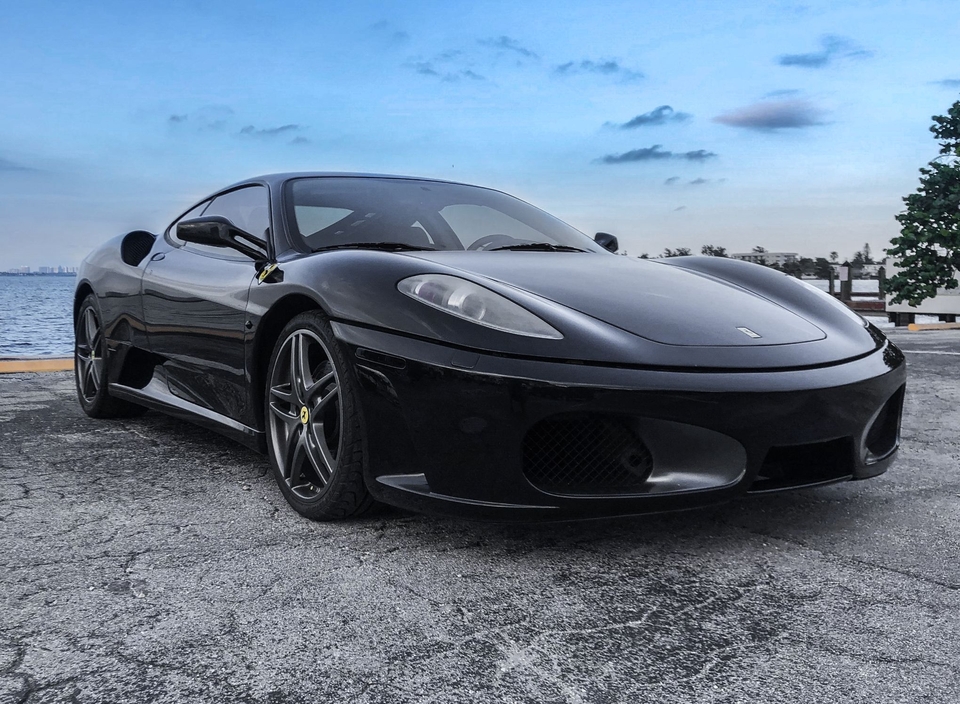 We are pleased to offer this 2006 Ferrari F430 Berlinetta 6-Speed finished in Black over a Crema leather interior.  Equipped with Daytona seats and a 6-speed gated shifter connecting you to a mid-mounted 4.3L V8 engine, this highly sought-after 2006 example marks one of the few F430’s to have been built with a manual gearbox.  Some tasteful upgrades have also been equipped including a Capristo exhaust manifold and an integrated K40 radar detector system.  Having undergone a full service less than 800 miles ago, this F430 is now being offered for auction by its seller in Florida while showing approximately 27k miles on the odometer. 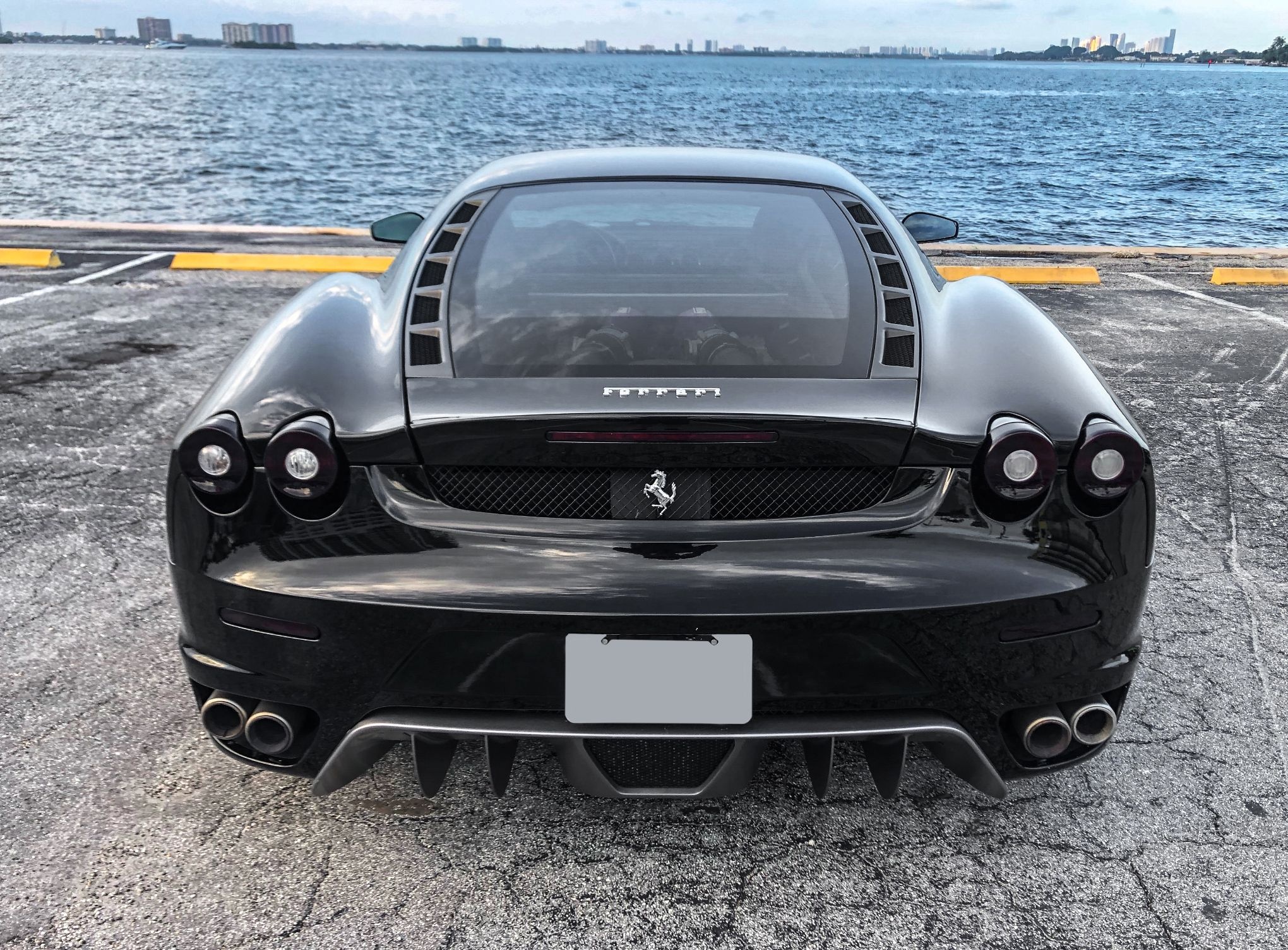 Ferrari’s heritage can be seen throughout the F430 including its basic shape which was derived from the 360 Modena, its taillights borrowed from the Enzo, its mirrors which were styled after those from the Testarossa, and of course the traditional Scuderia shields located on each fender. Some other distinct features include a large F1-inspired rear diffuser and a vented glass rear lid housing the V8 engine. 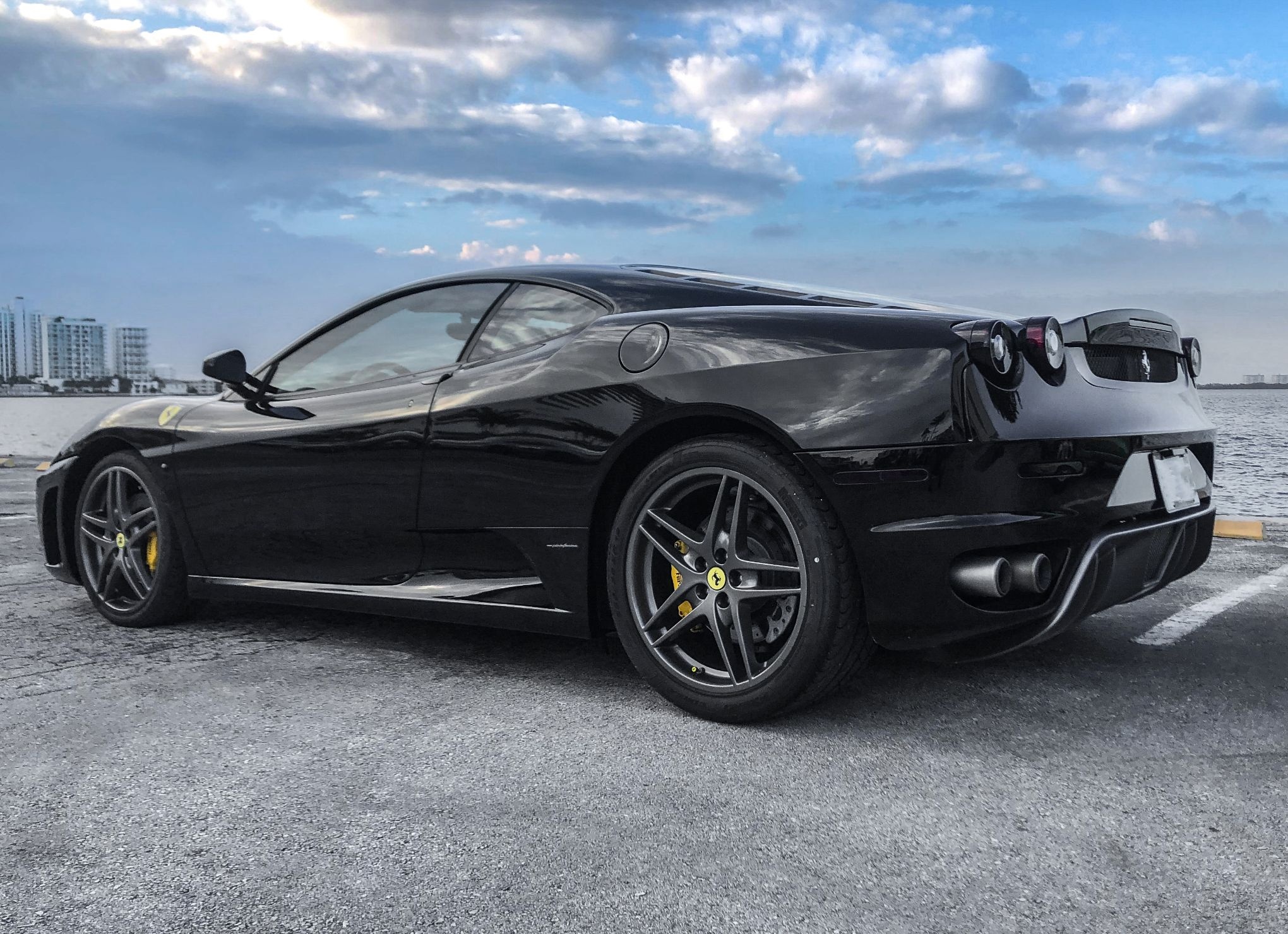 The Black paint on this Berlinetta is said to be in very good condition with minimal road-going wear. The passenger side headlight seal is said to have been compromised resulting in occasional fogging and some minor scrapes on the lower rocker panels are said to have been repaired. The windows, side markers, and taillights have been tinted and the factory 19” split-spoke alloy wheels have been custom powder coated in a dark satin finish.  New Pirelli P-Zero Corsa tires have also been mounted within the last 1,700 miles.

Inside, the Crema leather interior features highly desirable Daytona seats, optional carbon-fiber trim, and a gated shifter with a polished aluminum knob.  The cabin is reported to have been kept in excellent condition and the seller indicates that the plastic trim pieces have been refurbished, the seat edges have been professionally redyed, and the headliner has been replaced with a new genuine part.  An integrated K40 radar detector and laser jammer system has also been installed along with an aftermarket Alpine stereo.  The subwoofer is said to have stopped working and 2 other speakers in the car are reported to be in need of replacement.  All other accessories and electronics are said to be in good working order. 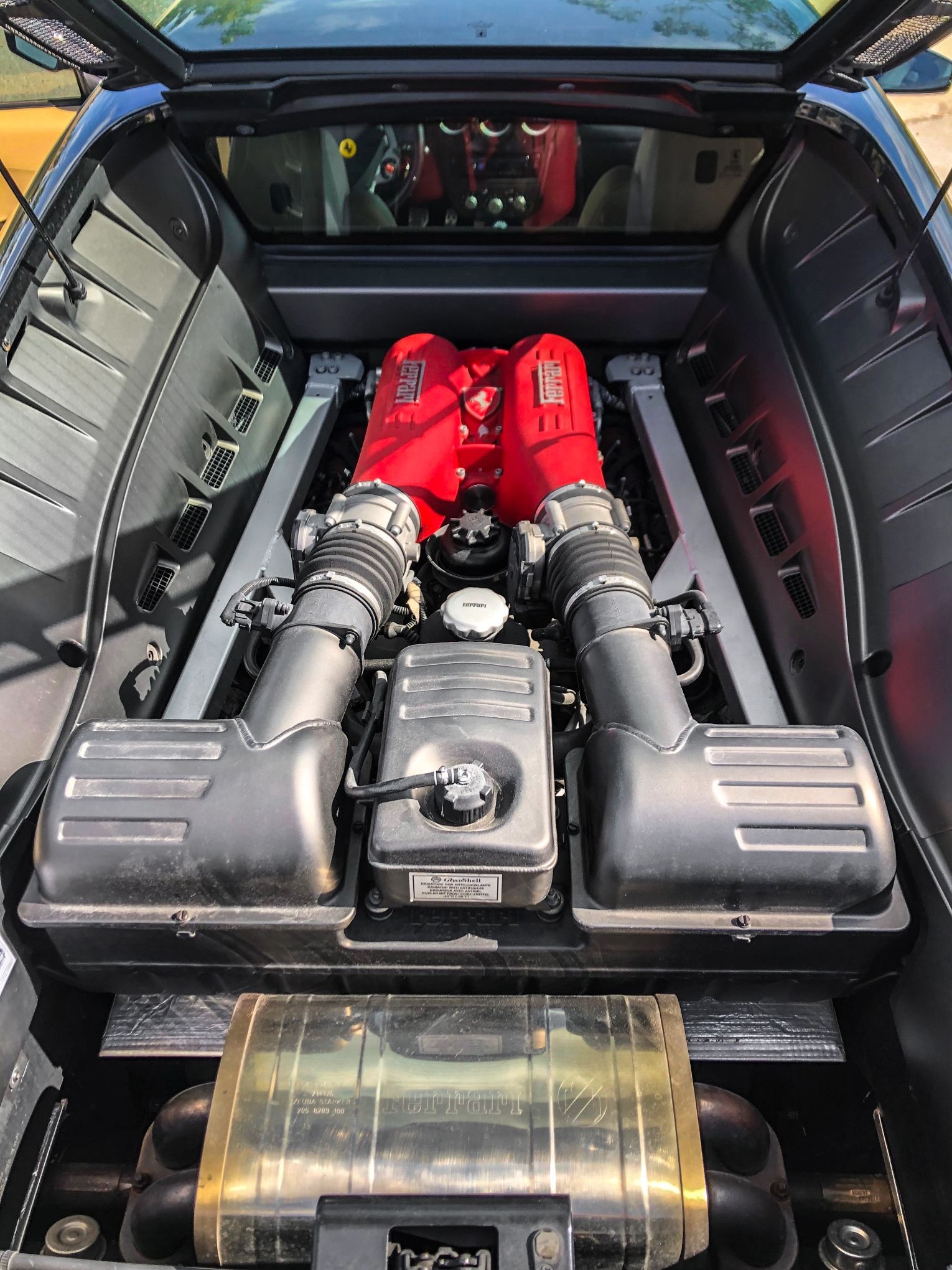 This F430 is powered by a 4.3 L quad-cam 32-valve V8 engine paired with a 6-speed manual gearbox featuring an E-Diff limited slip active differential.  Over 480 HP and 343 lb.-ft of torque is sent to the rear wheels providing for a 0-60 of approximately 3.6 seconds and a top speed of nearly 200 MPH.  This F430 also features Ferrari’s Manettino steering wheel dial which allows the driver to easily adjust the characteristics of the throttle response, stability control, and active electronic “Skyhook” suspension.  An upgraded Capristo exhaust manifold has been installed and the seller reports that transmission and clutch were completely replaced at 11,424 miles under previous ownership.  A full service was carried out by Ferrari Maserati of West Palm Beach within the last 800 miles and this F430 is said to be in fantastic running order.

This sale will include a set of 2 keys, the original books, tools, air compressor and flashlight, 2 custom-fit car covers, a battery trickle charger, and a clean title.  One of the last gated manual Ferrari’s to have been offered, this F430 is an absolute treasure for any passionate enthusiast.