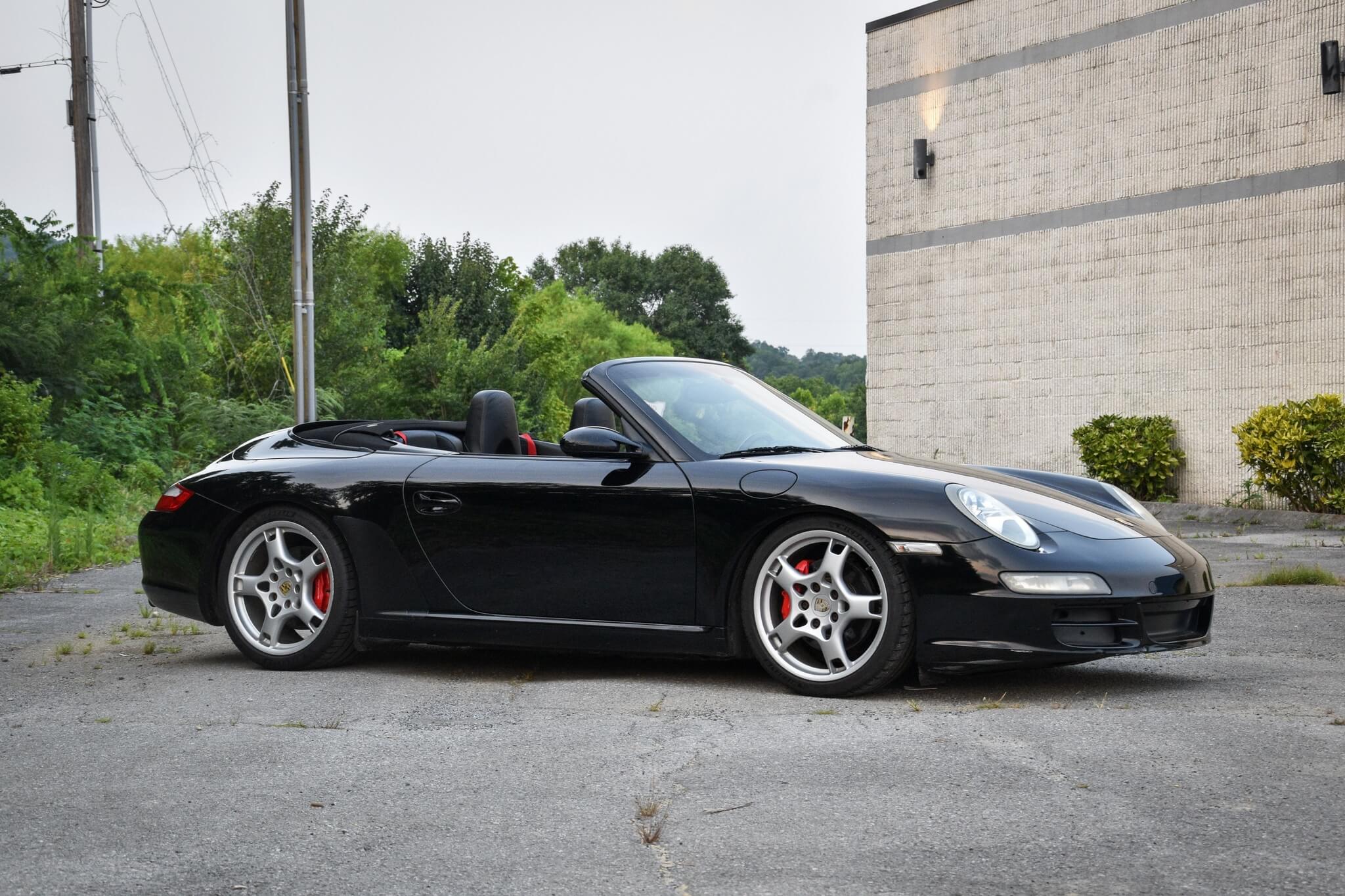 Up for auction at no-reserve is this 2006 Porsche 997 Carrera S Cabriolet finished in Black over a black full leather interior.  The 997-generation Carrera S was debuted with a new 3.8L flat-six engine, and this 2006 example came generously optioned with a 6-speed manual transmission, the Sport Chrono Package Plus, Bose High-End Sound Package, Carbon Package, and Power Seat Package as well as several features from Porsche’s Exclusive Department including a Sport Shifter, Porsche crested headrests, and seatbelts in Guards Red.  It was sold from Champion Porsche in Florida at an original cost of over $102k and was equipped with an upgraded Tubi exhaust system and lowering springs when new.  A nicely presented driver-grade example with approximately 77k miles showing on the odometer, this 997 Carrera S Cabriolet is now being offered for auction by its seller out of Tennessee. 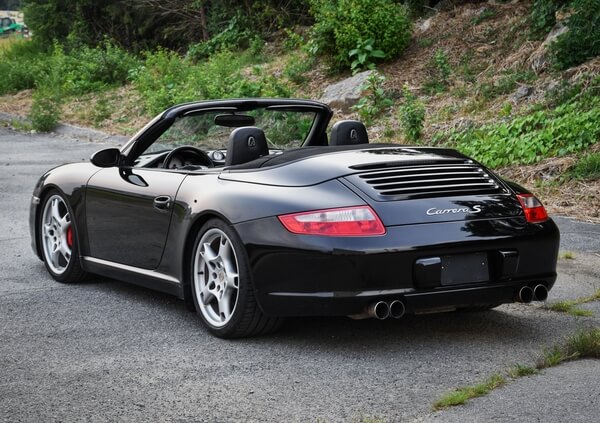 This Carrera S is finished in Black with a matching black cabriolet top.  Large Tubi quad exhaust tips can be seen in the rear as well as red brake calipers tucked behind the 19” Carrera S wheels.  CARFAX reports front-end damage to have occurred in 2017 and the seller notes that the front bumper, fenders, and hood have been previously refinished.  The headlights, fog lights, and factory-applied paint protection film exhibit signs of age, and the seller reports several scratches and cosmetic imperfections throughout the exterior.  Additional images are provided in the photo gallery along with a CARFAX report.  The wheels come dressed in Michelin Pilot Sport 4S tires dated from 2017 in front and 2020 in the rear. 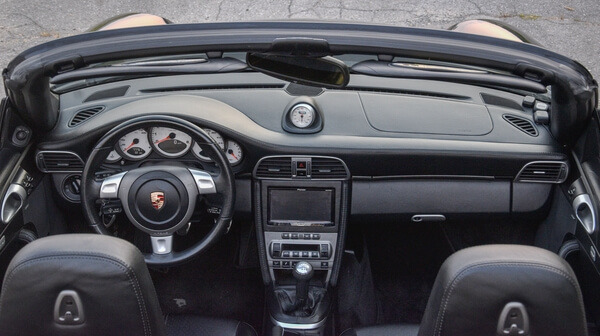 Inside, this 997 highlights a premium black full leather interior with the optional Carbon Package, Bose High-End Sound Package, Power Seat Package, and Sport Chrono Package Plus.  Exclusive Guards Red seatbelts are also equipped along with Porsche crested headrests and a Sport Shifter.  Self-dimming mirrors were optioned from the factory, and an upgraded Pioneer touchscreen head unit has been installed.  The climate control switch material shows typical signs of degradation, and the seller reports some general signs of wear throughout the cabin including light sun damage on the upper door panels.  All gauges and accessories are stated to be fully functional. 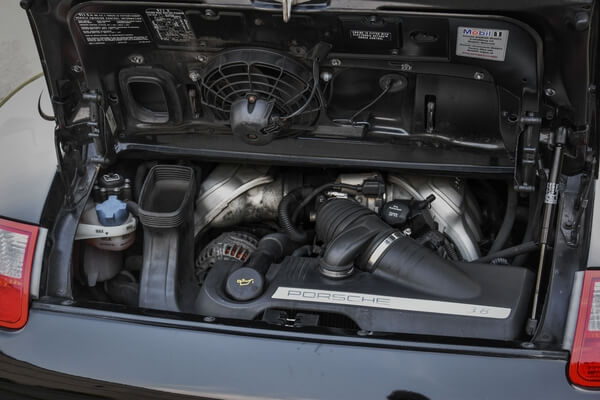 This first-generation 997 Carrera S is equipped with a naturally aspirated 3.8L flat-six engine that generates up to 355 HP and 295 lb.-ft of torque stock.  A 6-speed manual transmission sends power to the rear wheels, allowing this Cabriolet to accelerate from 0-60 MPH in approximately 4.7 seconds.  The optional Sport Chrono Package allows the driver to adjust performance and suspension characteristics, while the upgraded Tubi exhaust system provides a more aggressive tone.  Lowering springs have also been equipped for improved handling and a more attractive stance.  Some routine maintenance history is shown on CARFAX and the seller reports that recent service has been carried out including an oil and filter change, convertible top repair, and installation of new hood struts. 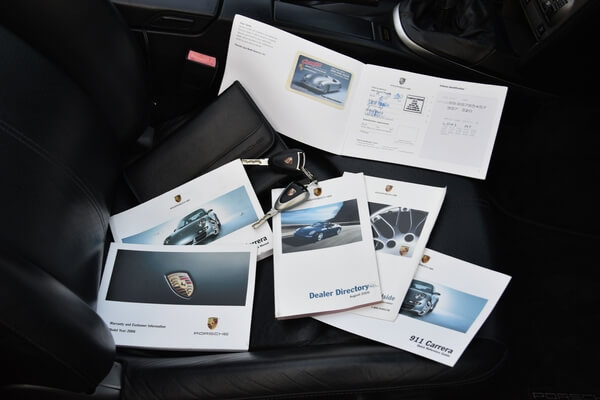 This sale will include the original manuals and owner's booklet, a set of two keys, and a clean title. Offered at no reserve, this 2006 example offers a fantastic opportunity for any enthusiast looking to get behind the wheel of a 6-speed Porsche 997.