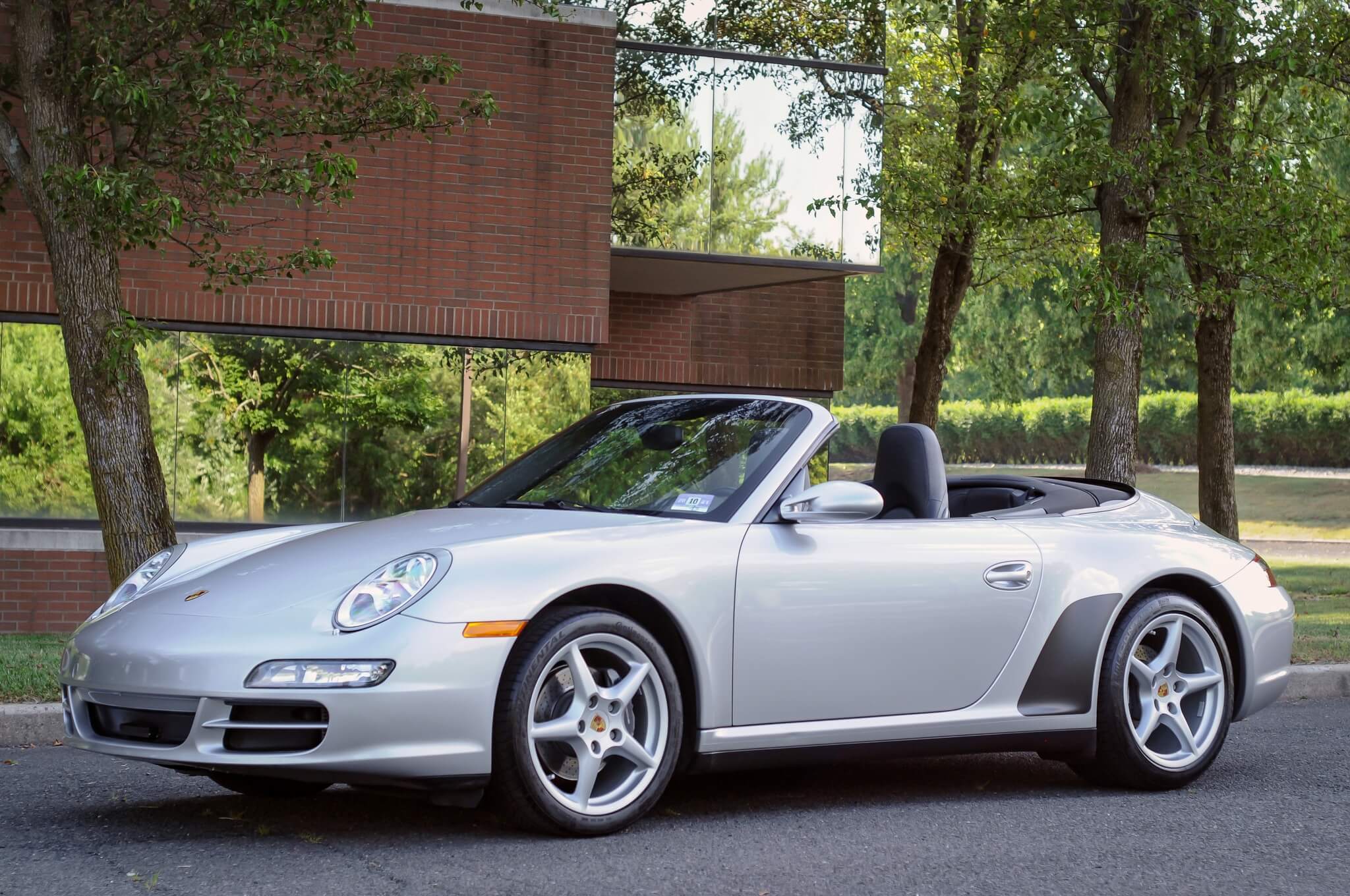 Previously sold on PCARMARKET, this 997 is being listed once again as the initial transaction was canceled due to the buyer's unforeseen health concerns. There was no fault on the seller's end and the car remains as previously advertised with a recent inspection and oil change completed in preparation for sale. Finished in Arctic Silver Metallic, this 2006 Carrera 4 Cabriolet is equipped with a desirable 6-speed manual transmission that drives all four wheels, along with the Bose High-End Sound Package, heated and power operated seats, Bi-Xenon headlights, Exclusive Porsche crested headrests, and Custom Tailoring.  It was purchased by the last owner from Paul Miller Audi in May of 2019 and has since undergone some noteworthy service items including the installation of a new alternator, drive belts, and a recent tire balancing.  It has also been equipped with an upgraded cold air intake as well as a custom integrated K40 radar detector system.  Showing a clean history of ownership on CARFAX, this Carrera 4 Cabriolet is being offered for auction by its seller out of New Jersey while showing just under 50k miles on the odometer. 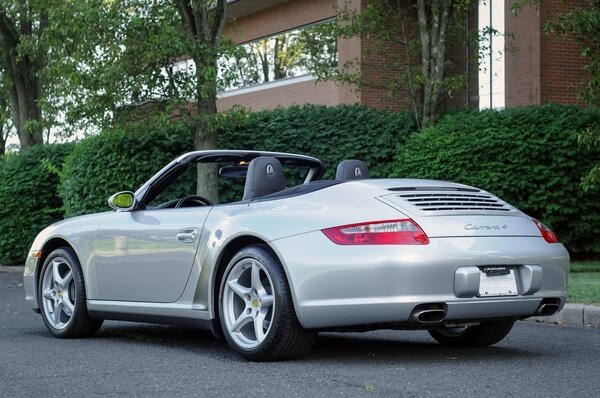 This 997 is finished in Arctic Silver Metallic with a black cabriolet soft top.  The paint is described to be in excellent original condition with only a few small imperfections as depicted in the photo gallery.  Paint meter readings are also provided along with a clean CARFAX report.  This 997 rides on factory 18” Carrera III wheels with optional colored Porsche center crests and Continental ExtremeContact DWS tires showing date codes from 2015. 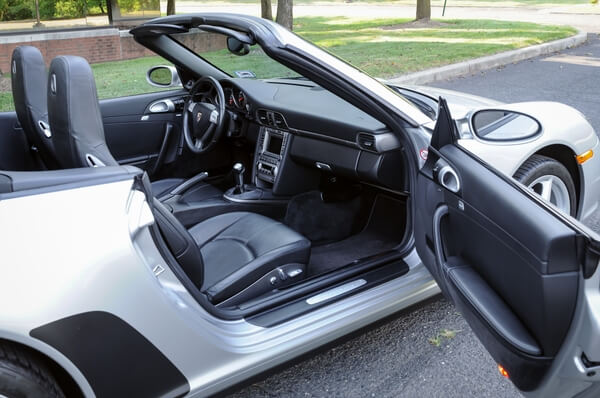 Inside, the Cabriolet features a black standard leather interior with heated and power-operated seats, the Bose High-End Sound Package, and exclusive Porsche crested headrests.  Other options include self-dimming mirrors, Navigation Module for PCM, a 6-disc CD autochanger, and the Bi-Xenon Lighting System.  A previous owner had a custom integrated K40 Calibre remote-operated radar detector installed and the seller reports all gauges and accessories to be functioning properly.  Only minor signs of wear are noted on the leather upholstery. 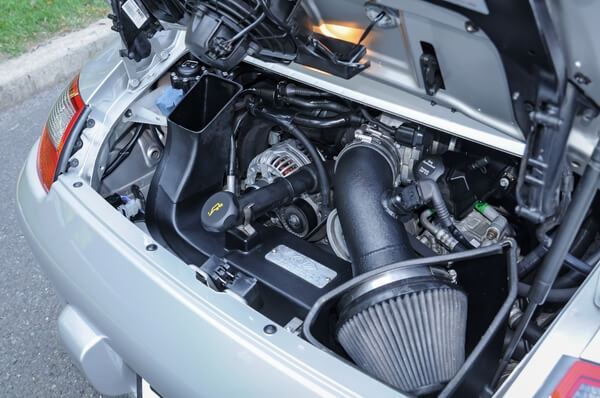 This first-generation 997 is equipped with a naturally aspirated 3.6L flat-six engine rated at 325 HP and 273 lb.-ft of torque.  All four wheels are driven through a 6-speed manual transmission which allows the Cabriolet to accelerate from 0-60 MPH in approximately 5 seconds.  An upgraded Evolution cold air intake has been installed which provides enhanced sound and airflow to the engine. An oil and filter change was carried out in October of 2019 at 47,466 miles, and a new alternator and drive belts were installed in January of 2020.  The tires were balanced in January of 2021, and a fresh oil and filter change has been completed in preparation for the next owner along with a recent pre-purchase inspection from Oldwick Village Garage. Corresponding invoices are provided for reference in the gallery. 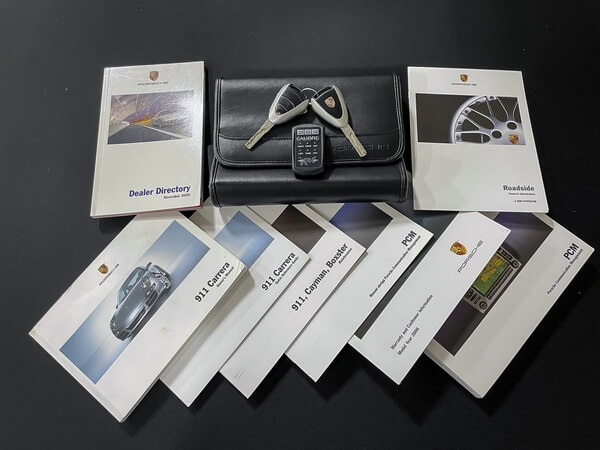 This sale will include a set of two keys, owner’s manuals, a toolkit, battery charger, and a clean title.  This Carrera 4 Cabriolet is just waiting for a new owner, do not miss your chance to enjoy top-down driving this season behind the wheel of a 6-speed 997.