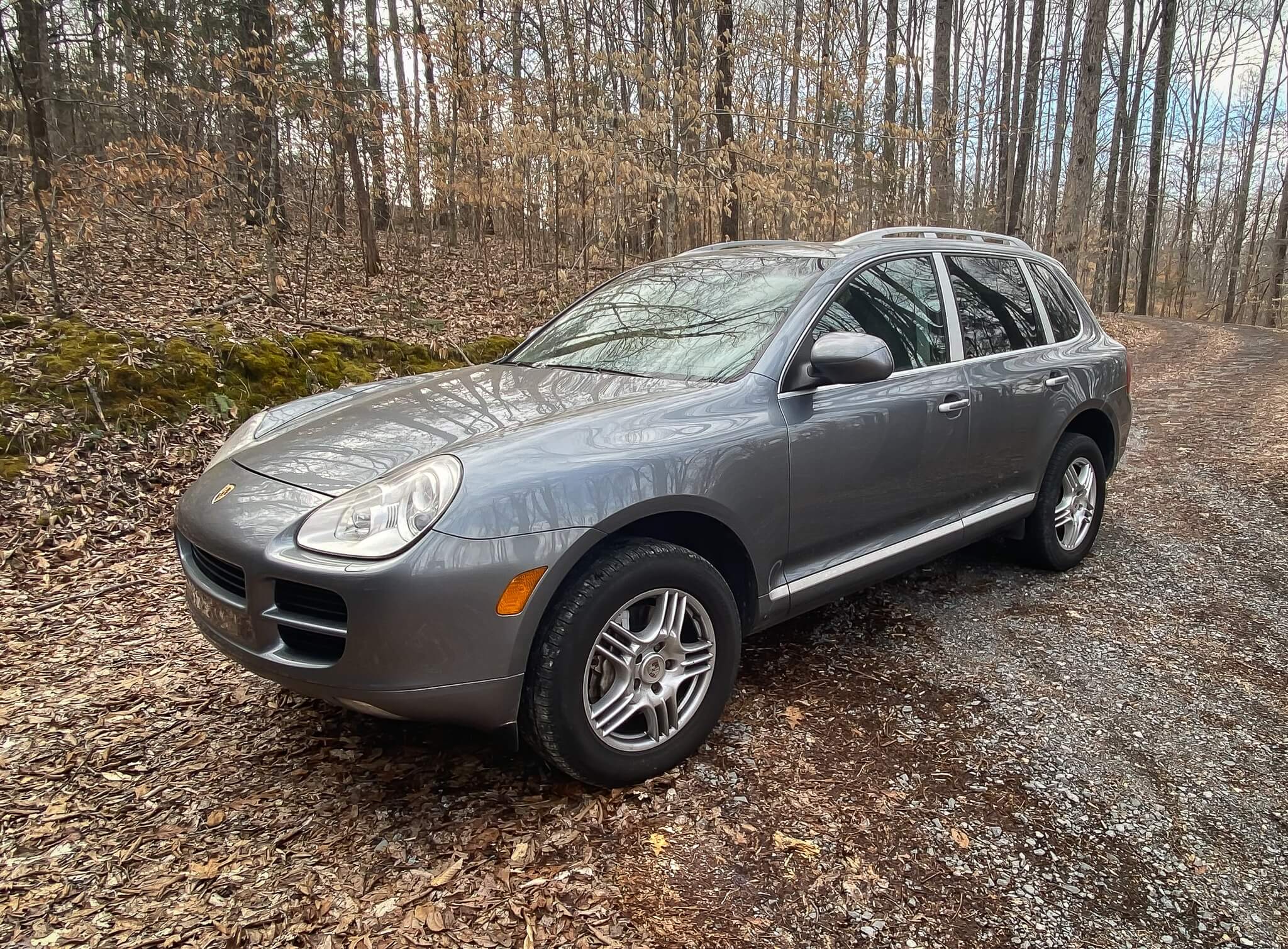 Up for auction at no reserve is this 2006 Porsche Cayenne S finished in Titanium Metallic over a Stone and Steel Grey embossed leather interior.  Purchased new from Thoroughbred Motors of Nashville, Tennessee, this first-generation Cayenne came equipped with an optional compass display, heated seats and steering wheel, roof rails, Bi-Xenon headlights, Driver Memory, and more.  It was cared for by the original owner for over a decade who drove approximately 5,500 miles per year on average. It was kept by a second owner for less than a year before being acquired by the seller in November of 2017.  Maintained exclusively through Porsche of Nashville ever since including some major service items, this Cayenne S is now being offered by its third owner out of Tennessee showing just over 96k miles on the odometer. 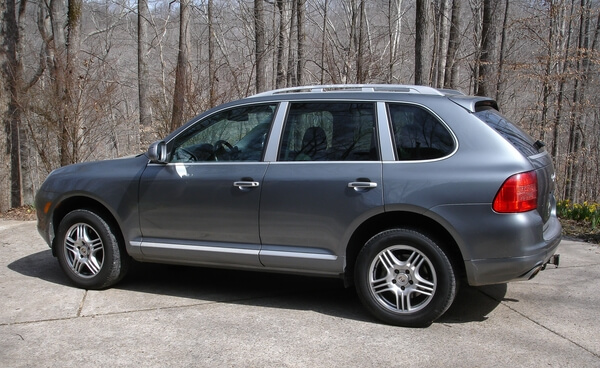 This 955 comes finished in Titanium Metallic, a Cayenne-exclusive color offered from 2003-2006.  Optional equipment includes a rear trailer hitch, roof rails in aluminum-look, Bi-Xenon headlights with washers, and wheel center caps with colored Porsche crests. The seller notes two small dings on the driver’s side door as well as some light signs of road-going wear throughout. The exterior has been treated with a quartz paint protection coating and the 18" Cayenne S wheels come dressed in Pirelli Scorpion Verde tires sized 255/55 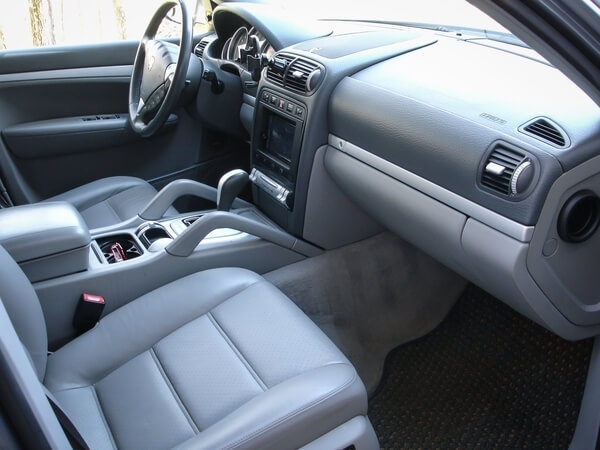 The cabin is trimmed in Stone and Steel Grey embossed leather and includes power-operated and heated front seats with driver memory as well as a heated steering wheel, moonroof, and compass display.  A fire extinguisher has been mounted below the driver’s seat and an upgraded Kenwood head unit has been installed including Bluetooth and a rearview parking camera.  The footwells are lined with custom Coco floor mats and a new headliner was installed in 2020.  The back of the driver’s seat has been repaired and the seller reports some areas of the upholstery have been re-dyed as needed. 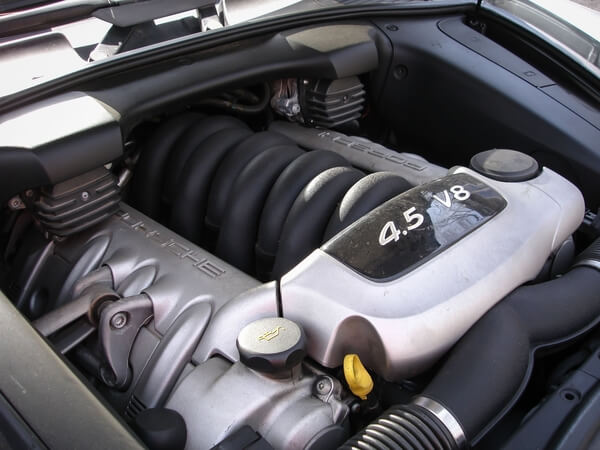 This first-generation Cayenne S is equipped with a naturally aspirated 4.5L V8 engine with a dry-sump lubrication system and variable valve timing.  Up to 340 HP and 310 lb.-ft of torque are distributed to each wheel through a 6-speed Tiptronic S transmission.  Updated metal coolant pipes have been installed and the last service was completed by Porsche of Nashville at 95,995 miles.  Maintenance highlights include a new air pump at 69k miles, a new rear Cardan shaft at 72k miles, new wheel speed sensors at 79k miles, and a new battery at 88k miles. 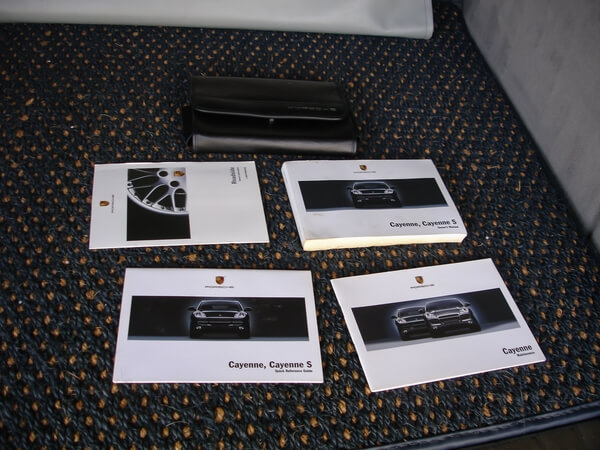 This sale will include the original owner's manuals and a clean title.