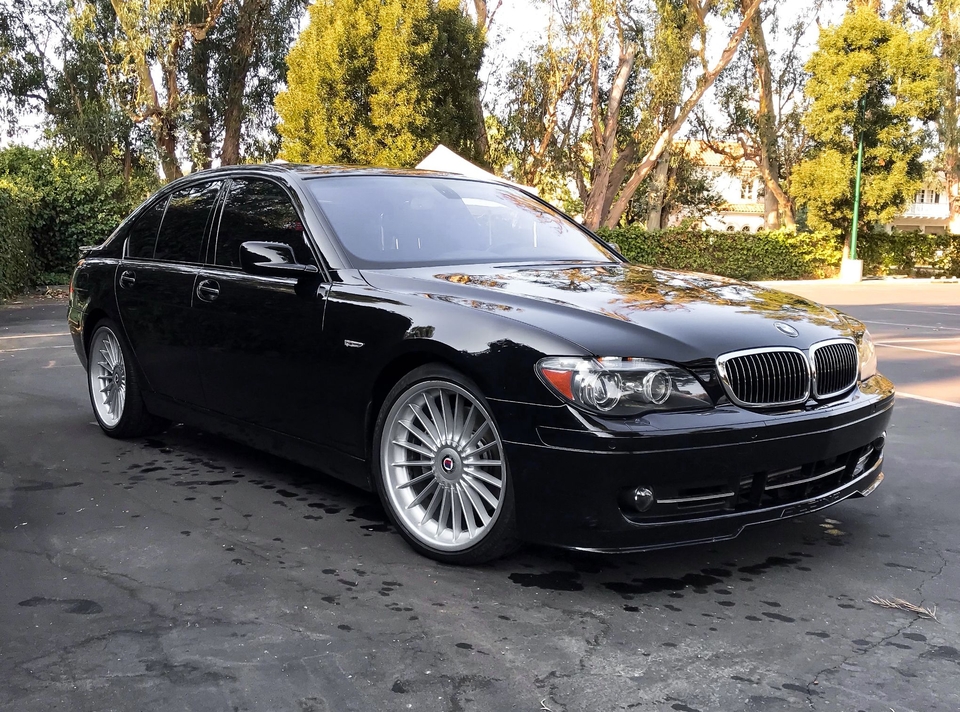 Now available for auction is this 2007 BMW E65 Alpina B7 finished Black Metallic over a Black leather interior with wood veneer.  Built on the BMW assembly line in a joint effort with Alpina, the B7 is offered as a limited production, high-performance variation of the 7-Series luxury sedan.  Representing one out of a reported 800 examples produced for North America, this 2007 B7 is equipped with a supercharged 4.4 L V8 engine mated to a 6-speed Shift-Tronic automatic transaxle.  This B7 is now being offered by its seller out of California with approximately 30k miles displayed on the odometer. 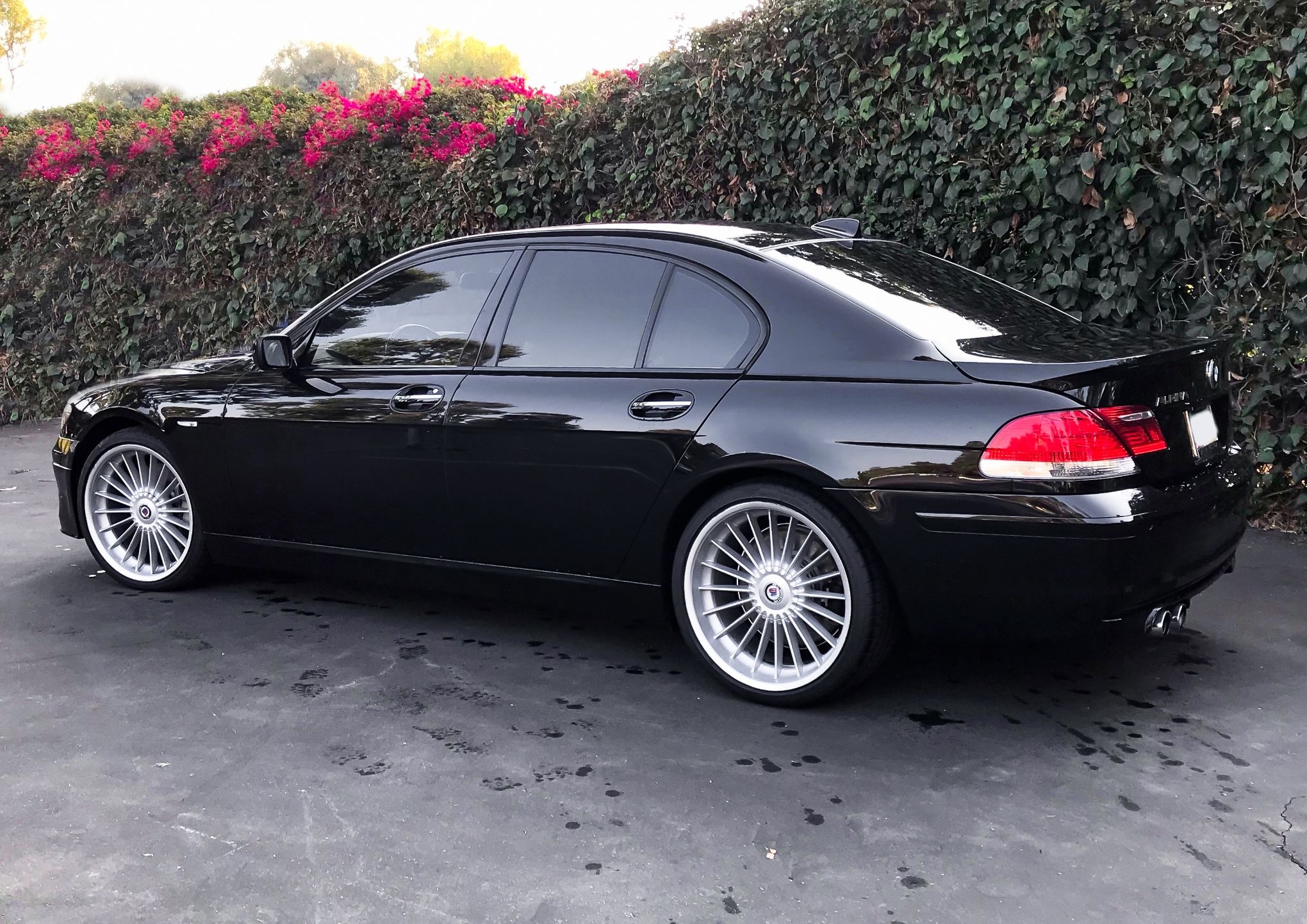 Noted to have been garage-kept throughout its entire life, the Black Metallic finish on this E65 is said to be in outstanding condition with minimal signs of wear (detailed images are provided in the photo gallery).  This B7 can be distinguished from a standard 7-Series by its slightly lengthened front and rear fascias, extended rear spoiler, Alpina badging and signature 20-spoke 21” wheels by BBS. 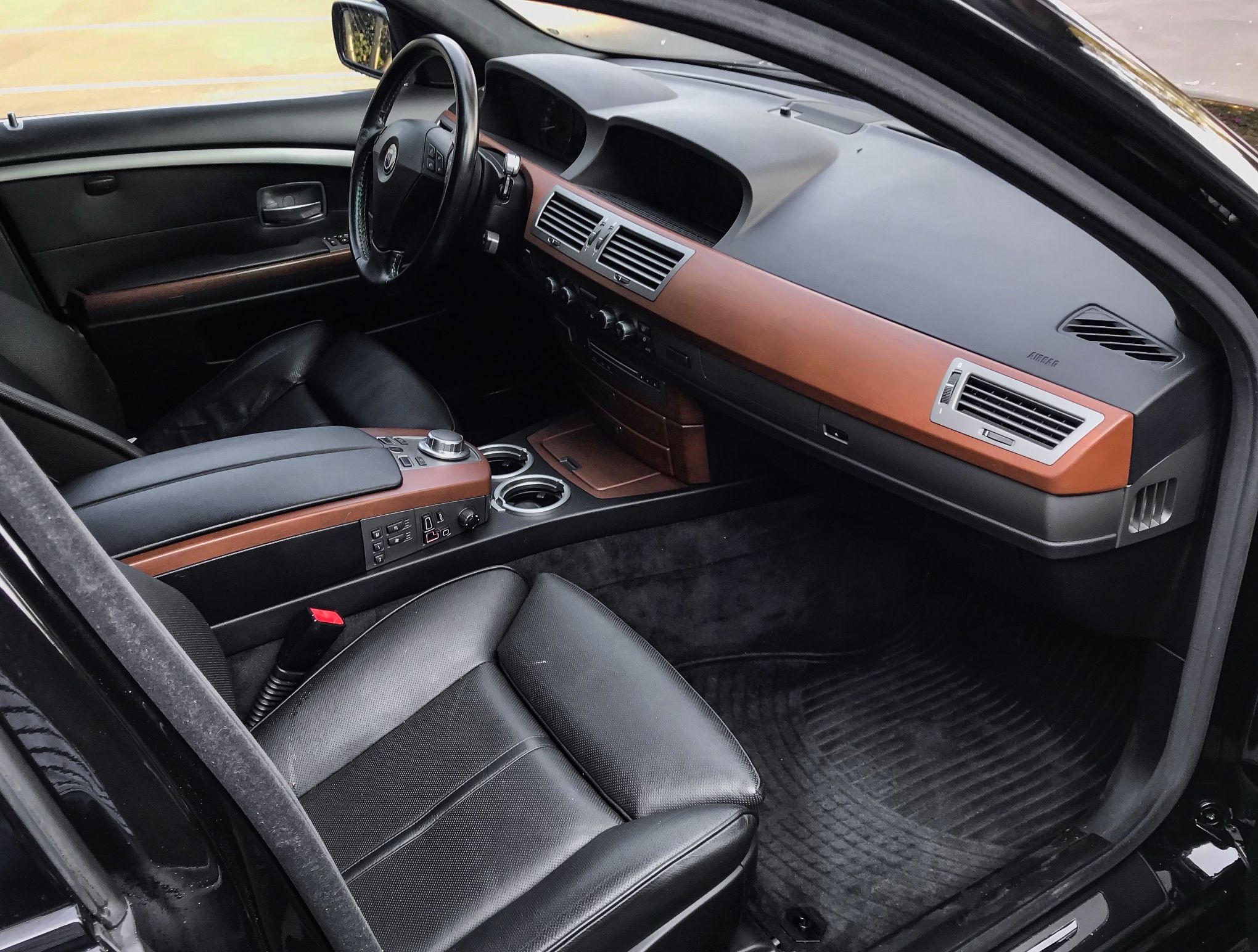 The driver is situated within a luxurious Black leather interior featuring wood veneer and suede headliner.  Some noteworthy features include multi-adjustable heated and ventilated front seats and a specially upholstered steering wheel with Alpina-colored deviated stitching and thumb shifter buttons.  All gauges and accessories are stated to be fully functional and the cabin is noted to be in excellent condition. 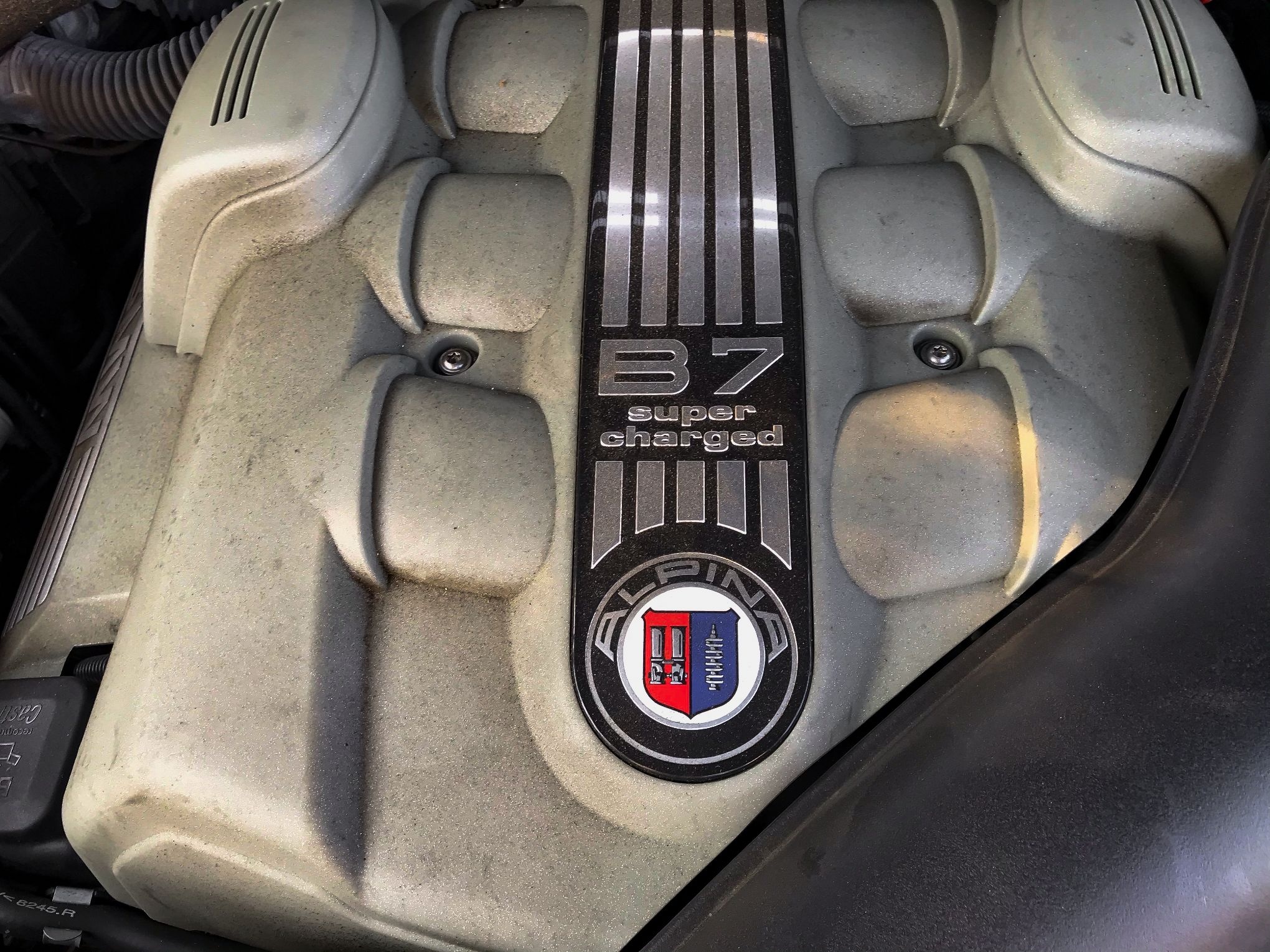 The B7 carries a specially tuned, supercharged version of the 4.4 L V8 engine found in the standard BMW 745i.  500 HP and over 500 lb.-ft of torque is distributed to the rear wheels through a 6-speed automatic Switch-Tronic transmission which offers 3 different shift modes.  Weighing in at nearly 4700 lbs. while achieving a 0-60 time of approximately 4.4 seconds, the Alpina B7 was credited as the being most potent BMW model on offer in a Car and Driver article from 2007.  Proper routine maintenance has been observed including a recent full service in 2020. 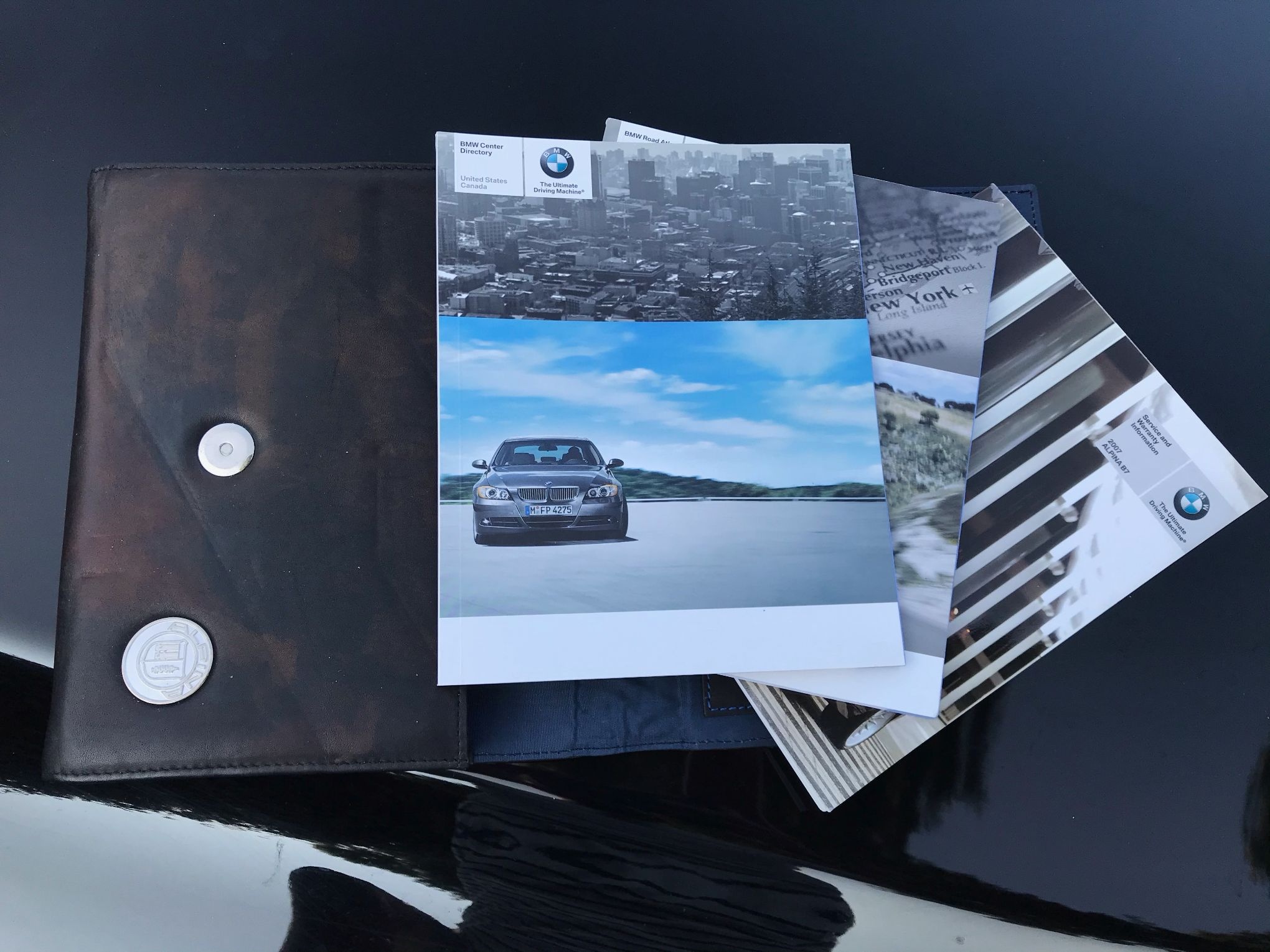 This sale will include a set of 3 keys, a trickle charger, service records and the original books. Do not miss out on your chance to own what was once the crown jewel of BMW’s lineup.