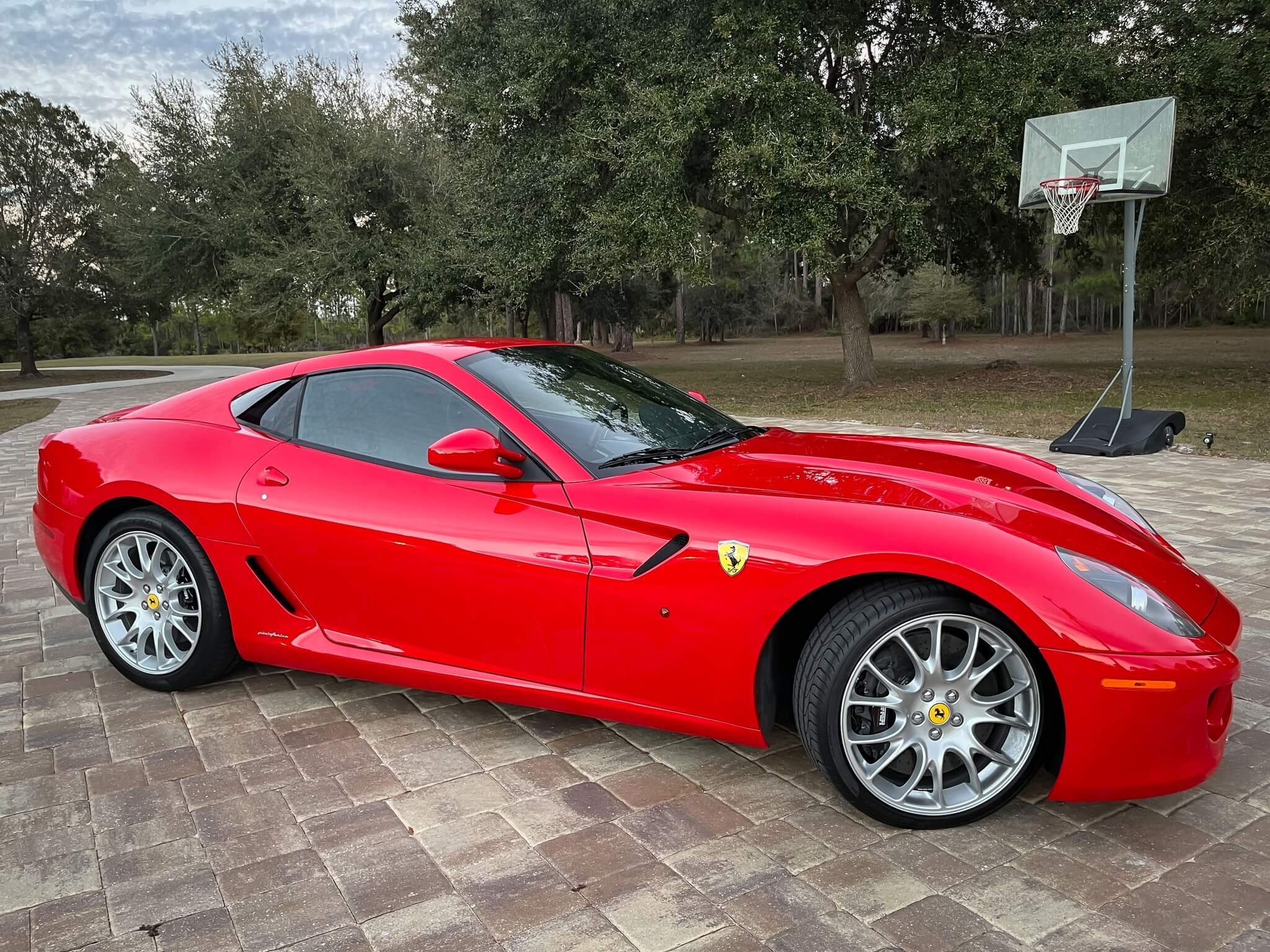 We are pleased to present this 2007 Ferrari 599 GTB Fiorano finished in Rosso Corsa over a Charcoal leather interior. The 599 Gran Turismo Berlinetta (GTB) was named after Ferrari’s legendary Fiorano test track and was introduced in 2006 carrying on a longstanding tradition of front-engine V12 grand tourers. This 2007 example was delivered new to Ferrari of Salt Lake City, Utah, at an original MSRP of over $294k with an array of desirable options including carbon-ceramic brakes, 20” Monolithic wheels, a leather-upholstered headliner and rear parcel shelf, and a Bose hi-fi sound system. Added to the current owner’s collection in August of 2021, this 599 is now being offered for auction out of Florida showing just over 17k miles on the odometer. 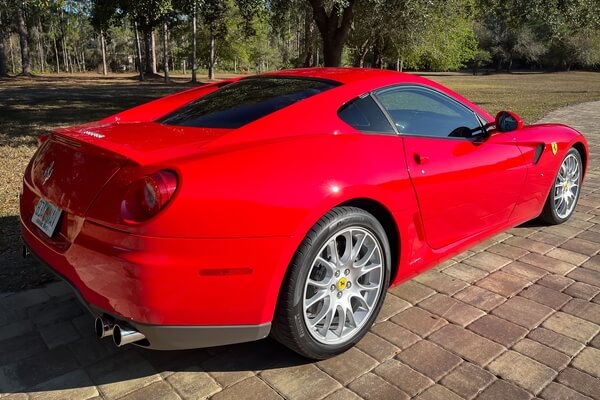 The aluminum bodywork is finished in the classic Ferrari shade of Rosso Corsa (322) with fender-mounted Scuderia shields and black brake calipers with cross-drilled carbon-ceramic discs. Defined by its long sweeping body lines and dramatic flying buttress C-pillars, the 599 was designed by Jason Castriota of Pininfarina who was also responsible for the Maserati GranTurismo and one-off Ferrari P4/5 supercar. This 599 wears factory-optioned silver 20” Monolithic wheels by BBS with Pirelli P-Zero tires. Additional images are provided in the gallery along with a clean CARFAX report. 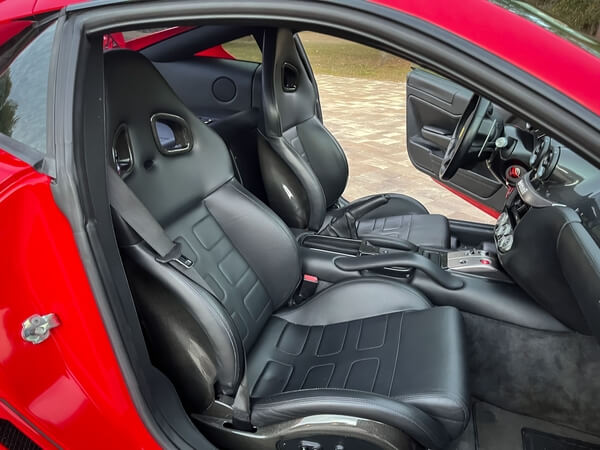 Charcoal leather is appointed throughout the cabin from the dashboard, door panels, and center console to the optional headliner and rear parcel shelf. Carbon-fiber trim spans the dashboard as well as the seatbacks and center console. The three-spoke perforated leather-wrapped steering wheel features a red engine-start button and the Manettino switch, used to toggle between selectable drive modes. Paddle shifters are mounted on the steering column, and instrumentation includes a central yellow-faced tachometer with an 8,400-RPM redline, a 220 MPH speedometer, and an integrated color LED display.  The entranceways are highlighted by aluminum Ferrari door sills and the footwells include drilled pedals and an aluminum passenger footrest. Amenities include power-adjustable seats with memory for the driver, dual-zone automatic climate control, and a stereo concealed behind a cover with a traditional crossed flag emblem. 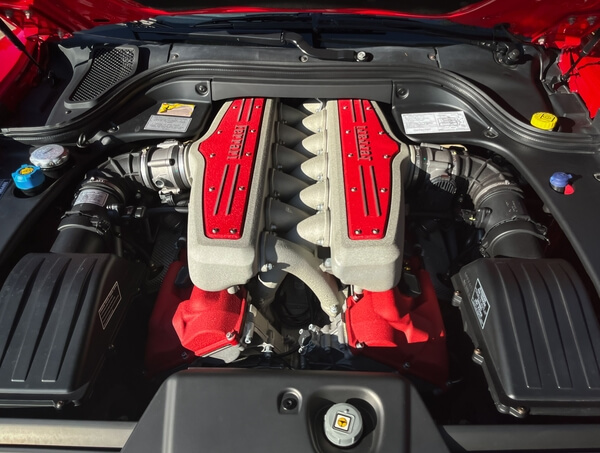 The most powerful engine equipped for a road-going Ferrari at the time, the 5.9L quad-cam V12 under the hood was derived from the legendary Ferrari Enzo and is capable of generating up to 612 HP and 448 lb.-ft of torque stock.  0-60 MPH is achieved in as little as 3.2 seconds with a top speed of over 200 MPH. The F1 6-speed automated manual transmission drives the rear wheels and is paired with Ferrari’s F1-Trac traction control system. Optional Brembo carbon-ceramic brakes offer superior stopping power while the magnetorheological dampers automatically adjust ride response based on driving conditions. This 599 GTB is reported to be up to date on all maintenance, including a recent service at Ferrari Maserati of West Palm Beach, Florida, in August of 2021.

This sale will include a clean title (lien). A proper V12 Ferrari grand tourer, the 599 GTB Fiorano sports one of the most celebrated Pininfarina designs of the modern era. Do not miss your chance to become the next owner of this nicely optioned 2007 example.