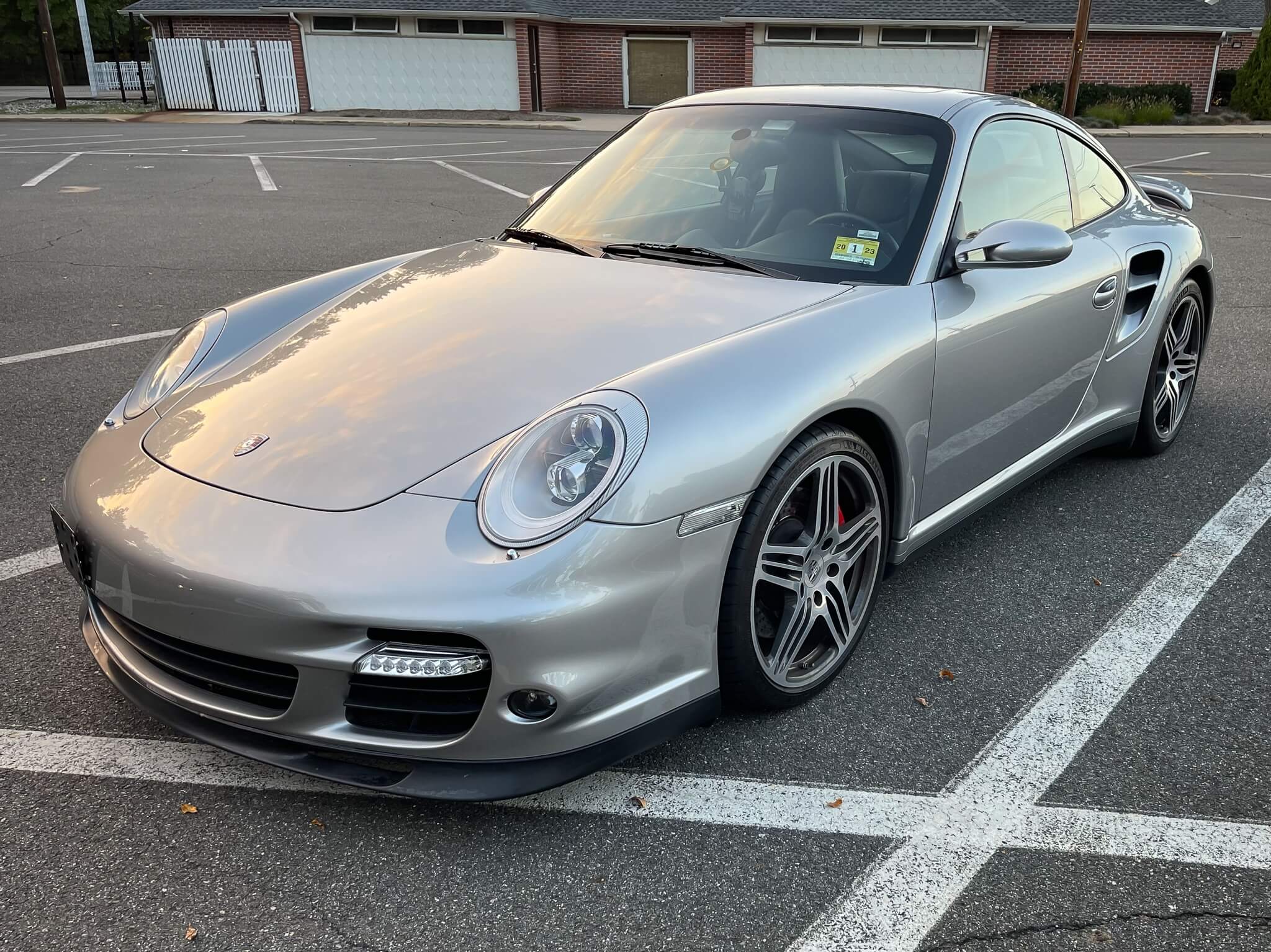 Now available for auction is this 2007 Porsche 997 Turbo finished in GT Silver Metallic over a black full leather interior.  The last 911 Turbo to feature the legendary twin-turbocharged 3.6L Mezger engine, the 997.1 Turbo has become sought after by collectors and enthusiasts alike.  This 2007 example showcases factory options including the Sport Chrono Package, the Parking Assist System, and a Tiptronic S automatic transmission. It has also been upgraded with LED headlights and taillights, a performance ECU tune, and a three-spoke Sports steering wheel.  Sold new in California where it remained up until 2020, this Turbo is now being offered for auction by its seller out of New York showing approximately 37k miles on the odometer. 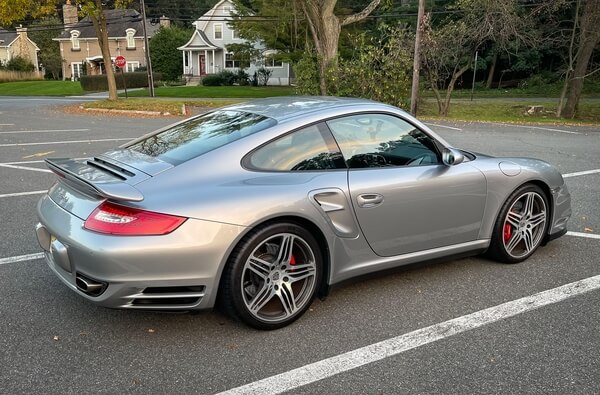 The GT Silver Metallic finish has been preserved under STEK DYNOshield clear paint protection film.  Upgraded 991-style LED projector headlights have been installed along with updated 997.2-style LED taillights. Noted imperfections include a scrape on the right-front fender, small chips on the front bumper, and a ding on the lower left-front fender, detailed images are provided in the photo gallery along with a clean CARFAX report. This 997 rides on factory 19” Turbo wheels dressed in Michelin Pilot Sport 4S tires dated from 2016. 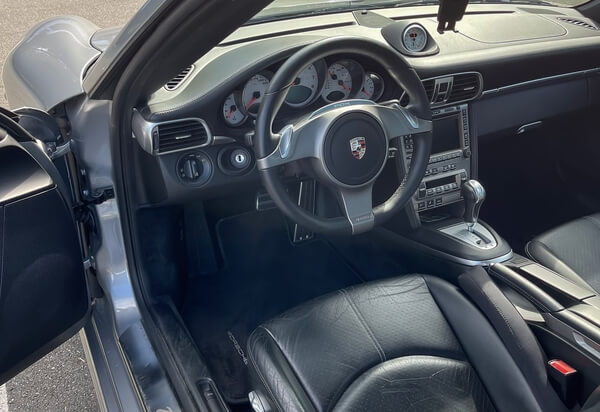 The driver is situated within a black full leather interior featuring an upgraded three-spoke Sports steering wheel.  Factory options include the Parking Assist System, a Sport Chrono stopwatch dial, and Porsche Communication Management (PCM) with a telephone module.  The seller confirms all features and accessories to be working properly. 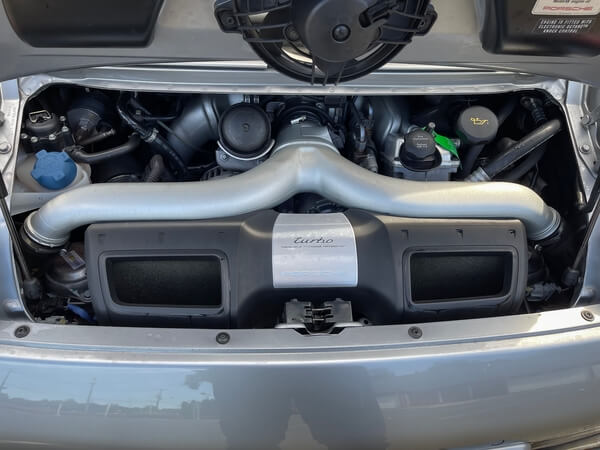 Derived from 911 GT1 Le Mans cars, the Mezger flat-six has come to be known as one of Porsche’s greatest engine designs.  The 3.6L twin-turbocharged unit in this 997 sends up to 480 HP and 460 lb.-ft of torque to all four wheels by way of a Tiptronic S automatic transmission which allows for both manual and automatic gear changes.  The optional Sport Chrono Package is equipped, and an aftermarket ECU tune has been applied resulting in increased power output and engine performance. The last service was carried out in August of 2020 and CARFAX shows a history of maintenance carried out by Porsche dealers in California dating back to 2006. 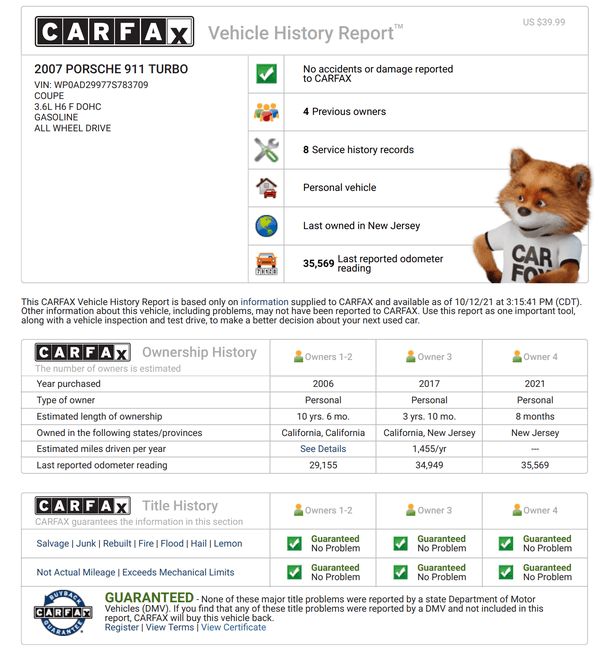 Accompanied by a clean title, this Turbo is just waiting for a new owner to get behind the wheel.