We are pleased to present this 2007 997 Turbo Coupe.  One of the most desirable water-cooled 911’s to date, the 997 Turbo offers a legendary Mezger engine and incomparable driving characteristics.  This 2007 example highlights impressive upgrades including an ECU tune and a GT3 RS-style rear wing.  Showing 73k miles on the odometer, this Turbo is now being offered for auction in excellent condition by its seller in New York. 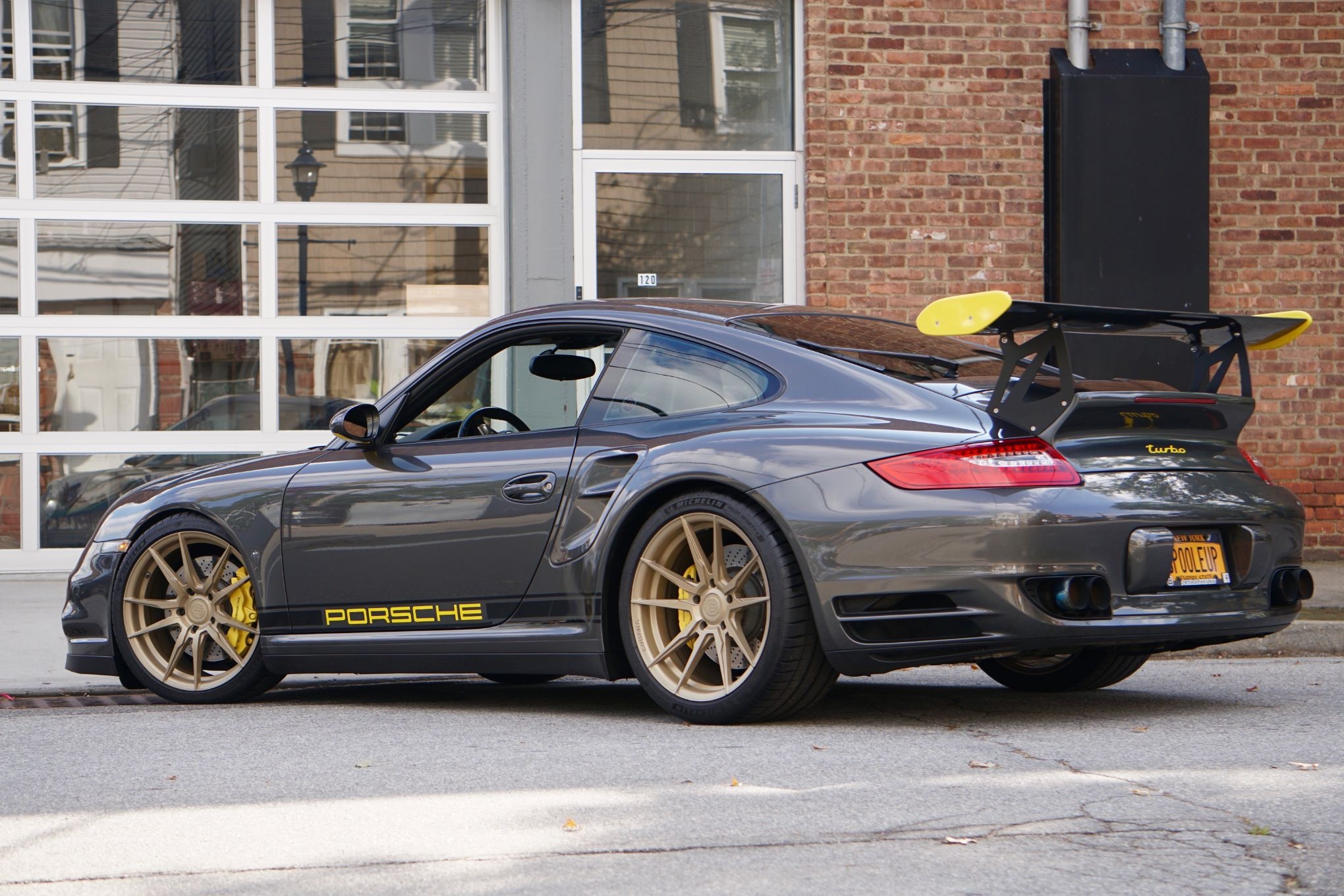 Finished in Slate Gray Metallic, this Turbo is stated to be in great cosmetic condition with no evidence of any previous paintwork other than the upgraded deck lid (Reference the paint meter readings in photo gallery).  Additionally, this Turbo was treated with a full Ceramic Pro coating, giving the next owner peace of mind for years to come.  Only a few small flaws are noted including a small ding on the driver’s door and some chipping on the front bumper/hood.  Visual modifications include LED taillights, custom graphics, painted GT3 RS-style rear wing, and as set of 19” Rohana wheels.  H&R lowering springs are installed, creating an aggressive stance that perfectly complement this Turbo's already killer look. 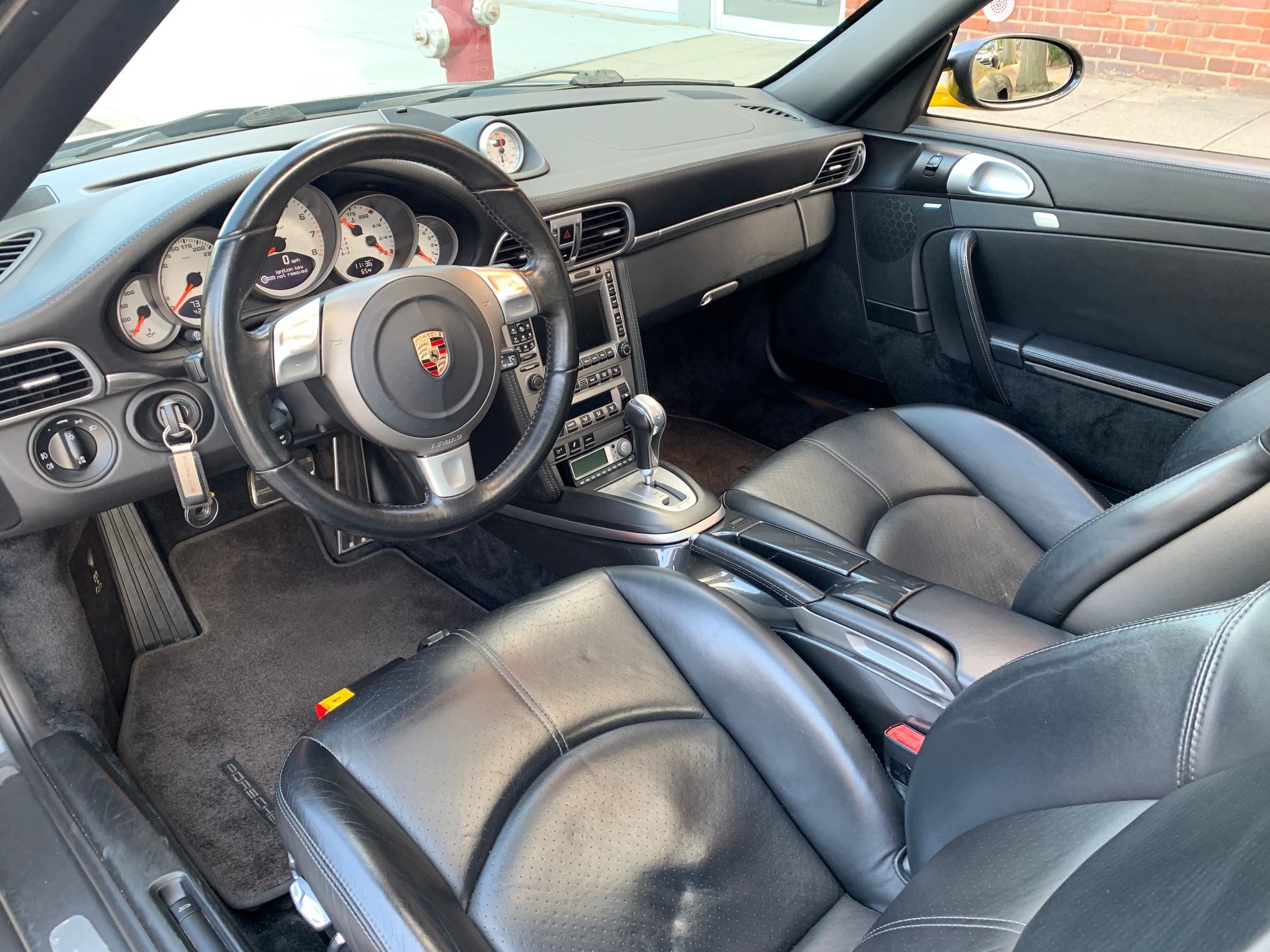 The black full leather interior in this 997 shows to be in great shape.  The seller notes that the stereo fascia bears a small paint chip, but this otherwise clean interior remains free of any major flaws or damages.  A satellite radio receiver has been installed and the seller confirms that all electrical systems, accessories, and gauges are fully functional.  Touting an original sticker price of $133,755, this Turbo comes equipped with the following factory options: 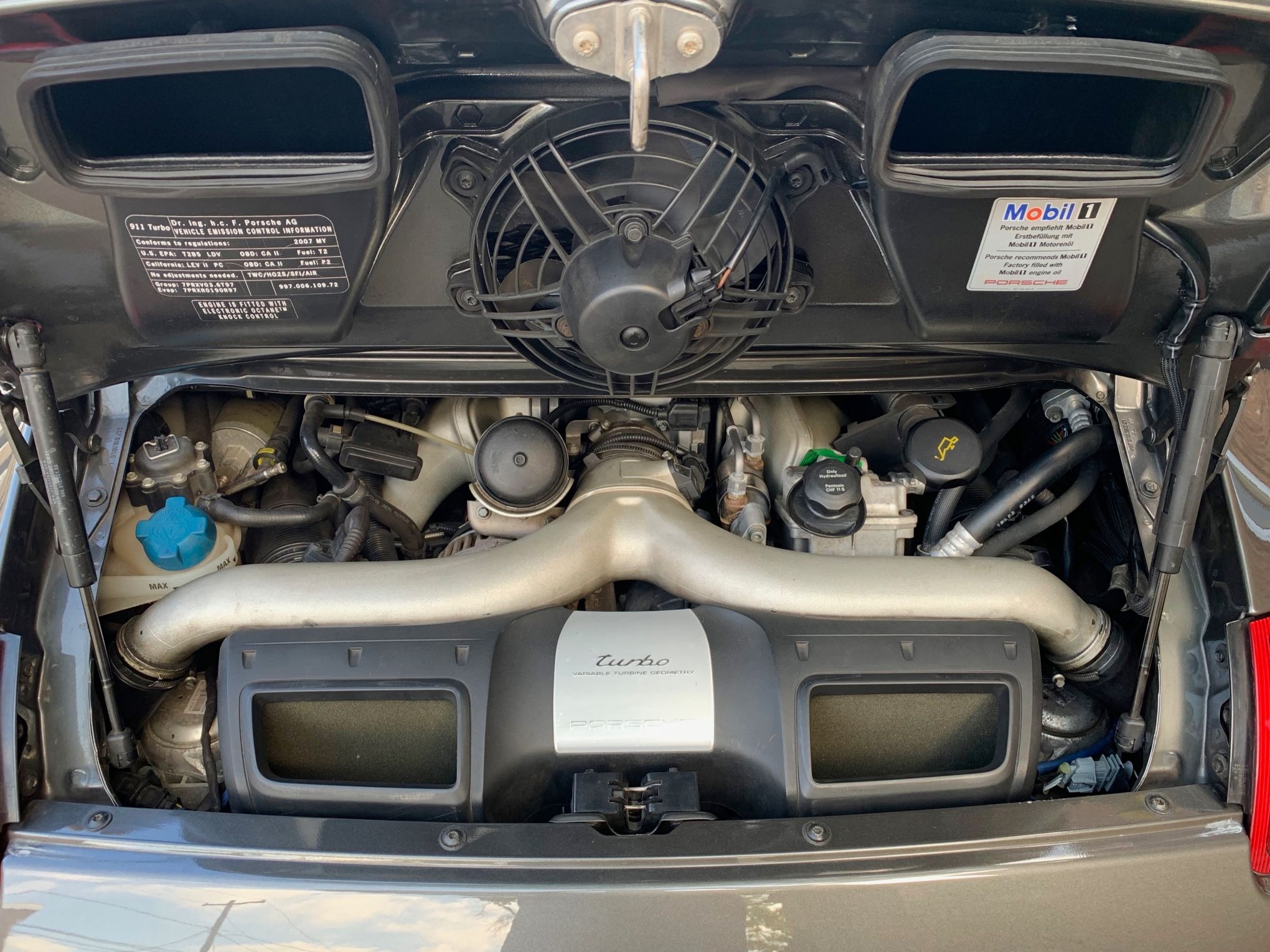 What makes this Turbo truly special is its highly sought-after Mezger engine.  Originally built for the 911 GT1 Le Mans cars, the Mezger engine has come to be regarded by many Porsche enthusiasts as one the best of the water-cooled engines.  Featuring a true dry sump and crank driven oil pumps, this engine resists oil surge in the most aggressive cornering.  Furthermore, this race inspired engine doesn’t suffer from IMS bearing related issues as its oil system ensures constant lubrication.  This engine puts out approximately 488HP and 457 lb-ft of torque to all four wheels by way of a user friendly Tiptronic S automatic transmission.  A performance ECU tune and custom PetroWerks exhaust system provide for even more horsepower and some aggressive sounds out of the tailpipes.  Properly maintained, this Turbo has undergone many service items within the last year including:

A recent DME report is shown in the gallery photos.  Additionally, receipts and documentation concerning this work will be included with the sale.  The seller states that this car runs very strong and drives wonderfully. 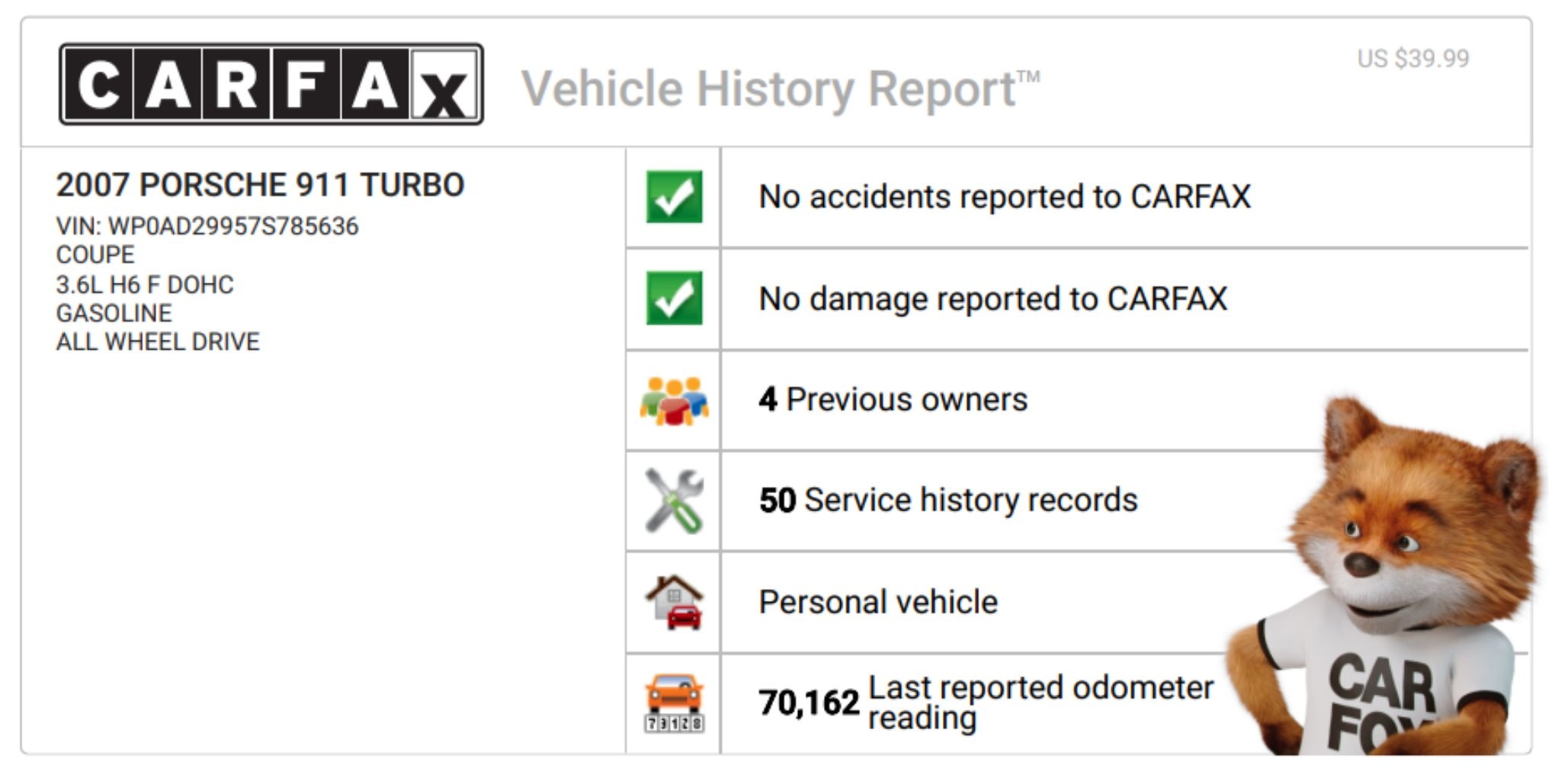 Included in the sale of this exemplary 997 Turbo will be 1 key, original owner’s books and service records.  Also included will be a clean Carfax report free of any accidents or mechanical troubles. The seller currently owns the original wheels, rear deck lid and exhaust and is willing to arrange a deal to include them with the car for an additional cost. 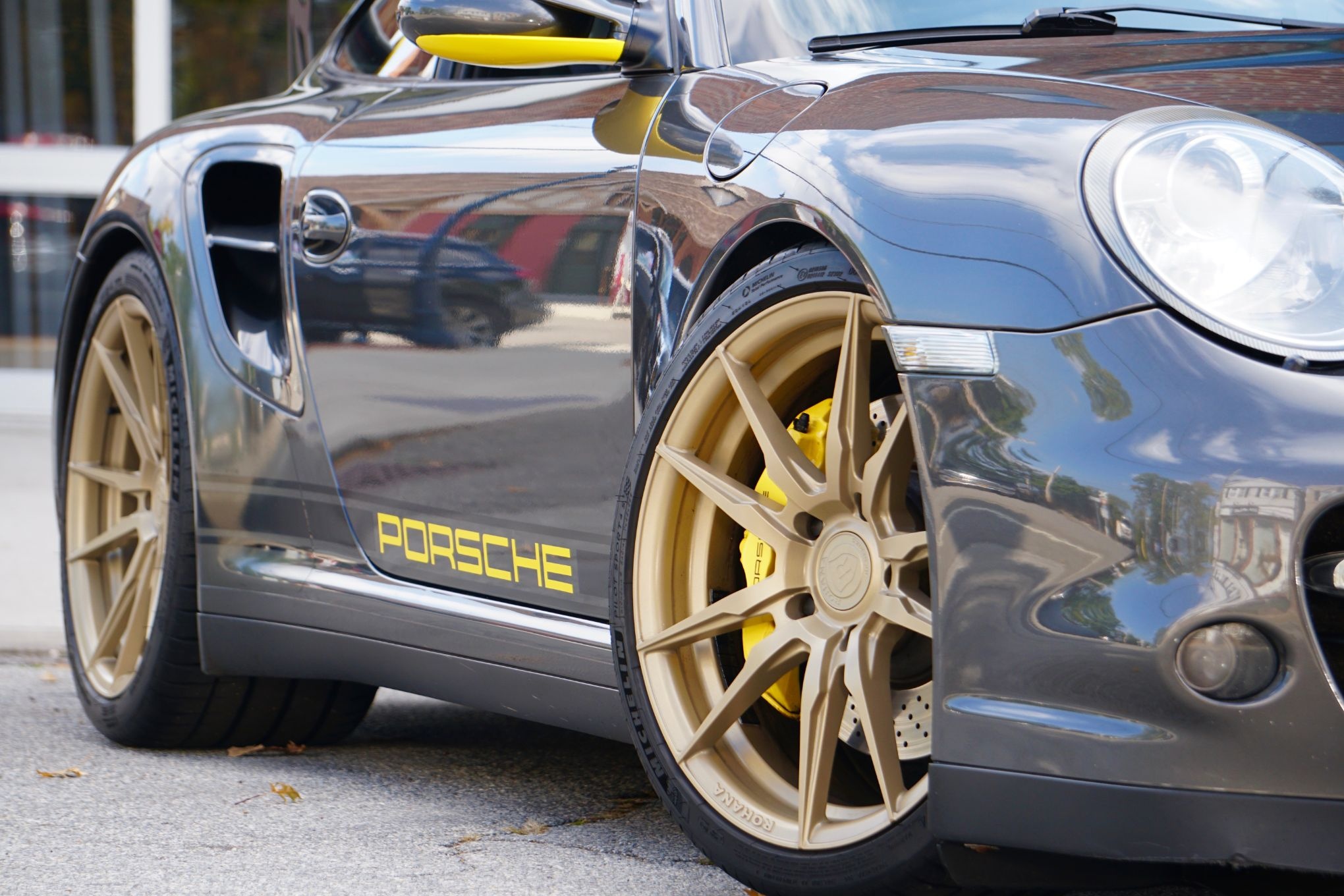 Don't miss your opportunity to own this exciting 997 Turbo that is ready to be enjoyed for many years to come.