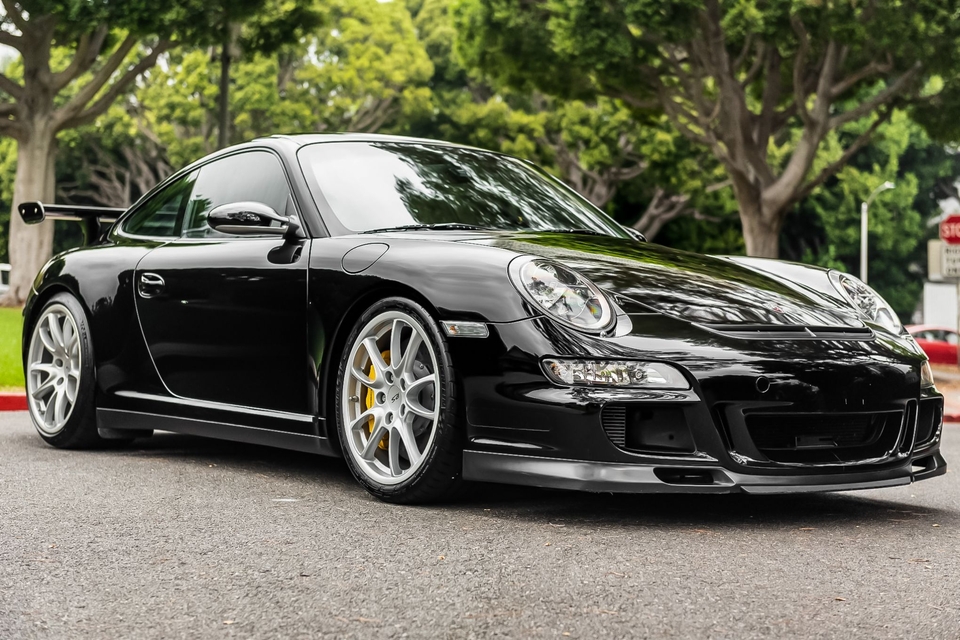 We are pleased to present this rare 2007 Porsche 997.1 GT3 RS finished in Black over a black full leather interior with Alcantara.  Originally sold through Porsche Santa Barbara in California, this first-generation 997 GT3 RS is reported to be one of only 410 examples delivered to the U.S. during the model’s production run.  Intended as a lighter, more track-oriented version of the standard GT3, the RS is equipped with the same legendary 3.6 L flat-six Mezger engine that remains sought after by collectors and driving enthusiasts alike.  A truly impeccable example with only 5k miles shown on the odometer, this 997.1 GT3 RS is now being offered by its seller in California accompanied by a copy of the original window sticker totaling over $132k, service records, and a clean title. 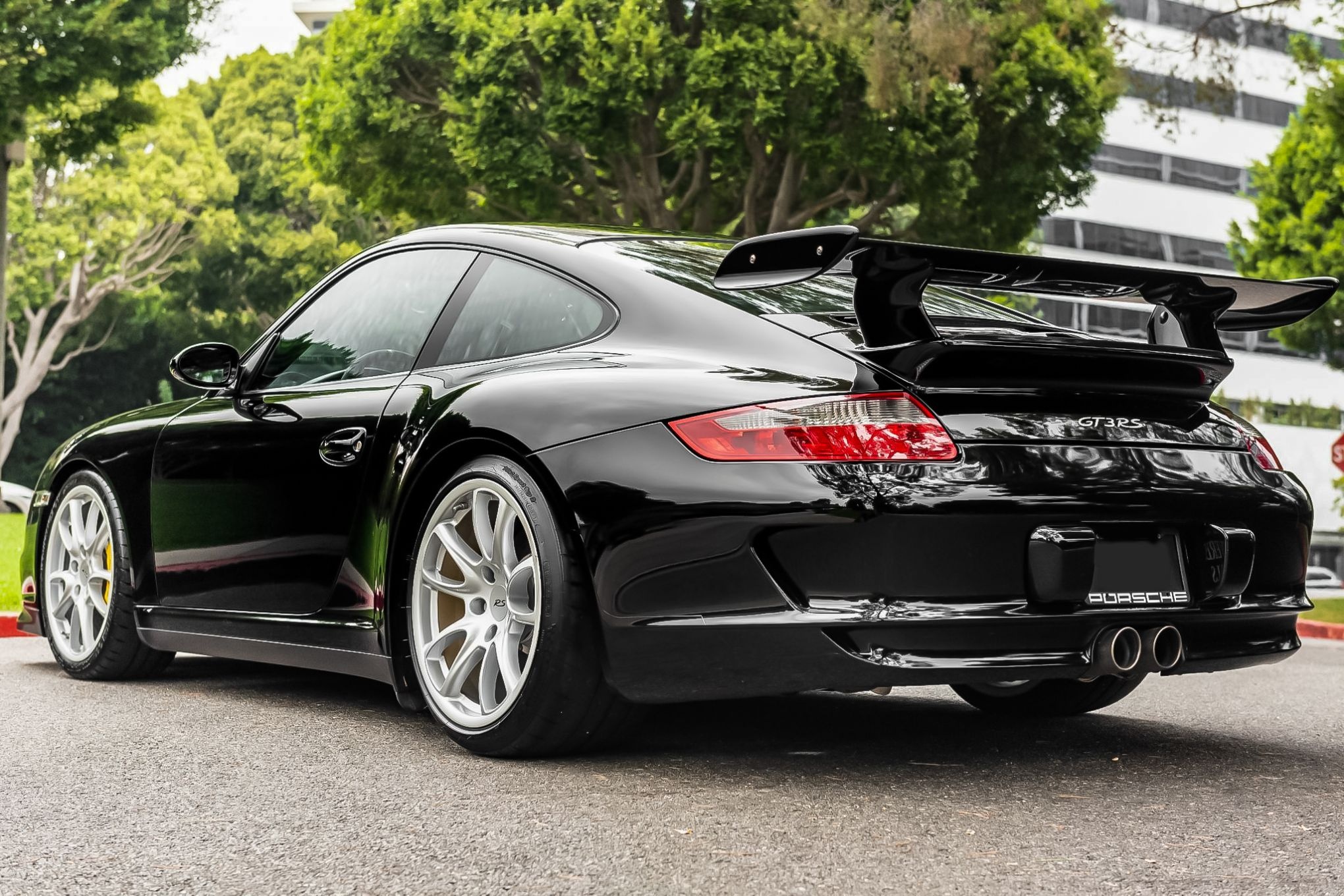 The understated Black finish on this RS is said to be in excellent condition with 2 small scuffs depicted on the front bumper cover.  Clear paint protection film has also been applied over the front bumper and hood (detailed images are provided in the photo gallery).  Compared with the standard first-gen 997 GT3, this RS version features a larger rear wing in carbon fiber and wider fenders derived from the Carrera 4.  Other characteristic details include a revised front fascia with a lip spoiler and a rear bumper with a central dual-tip exhaust cutout.  Optional Bi-Xenon headlights are equipped, and yellow PCCB brake calipers can be seen behind the 19” GT3 wheels which feature “RS” center caps and Michelin Pilot Sport Cup 2 tires. 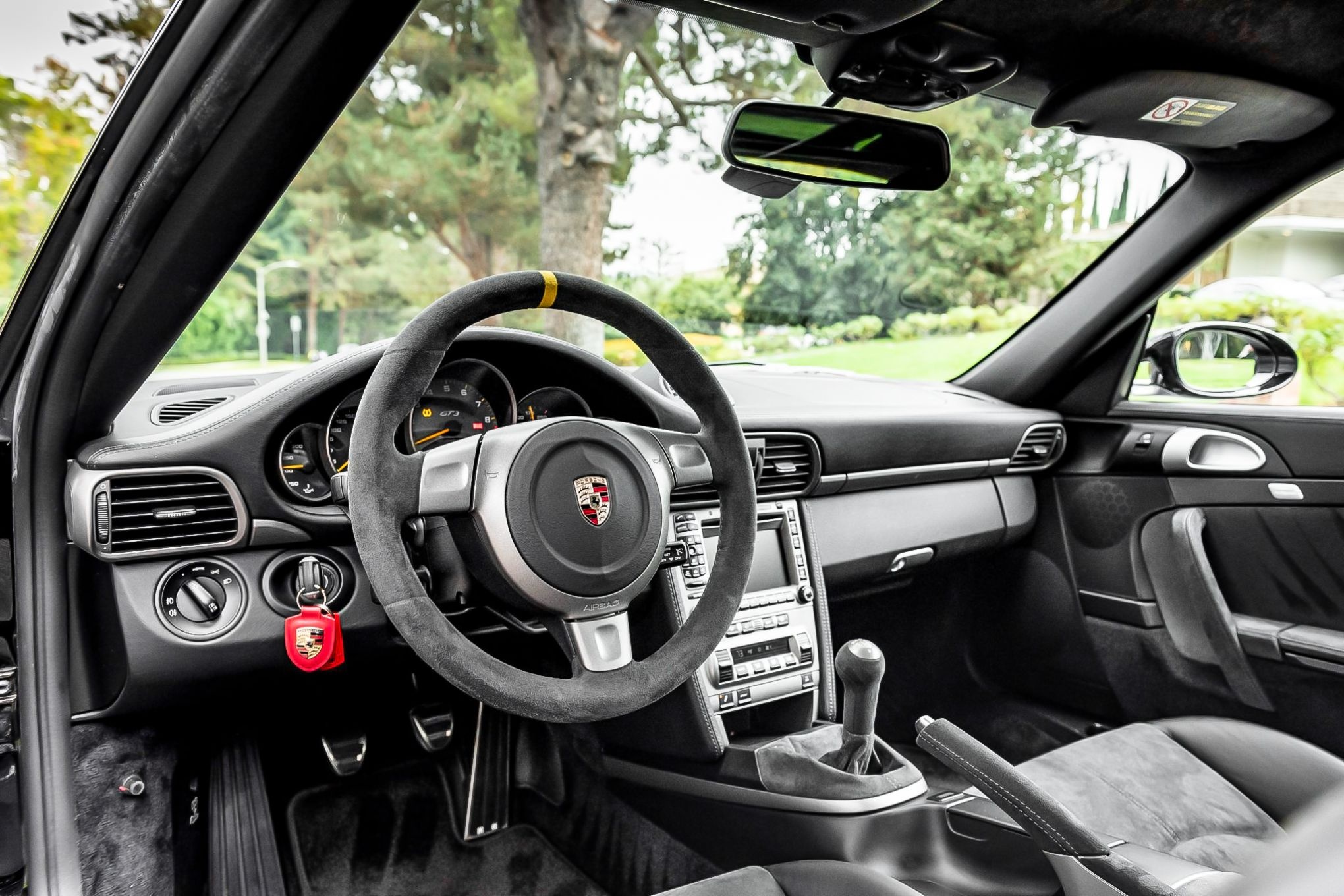 Inside, this RS highlights a black full leather interior with Alcantara trim. An integrated K40 radar detector has been equipped and a black-painted roll cage was installed by Beverly Hills Porsche.  Factory features include automatic climate control, Chrono Package Plus, and Porsche Communication Management 2.1 (PCM 2.1) with navigation. 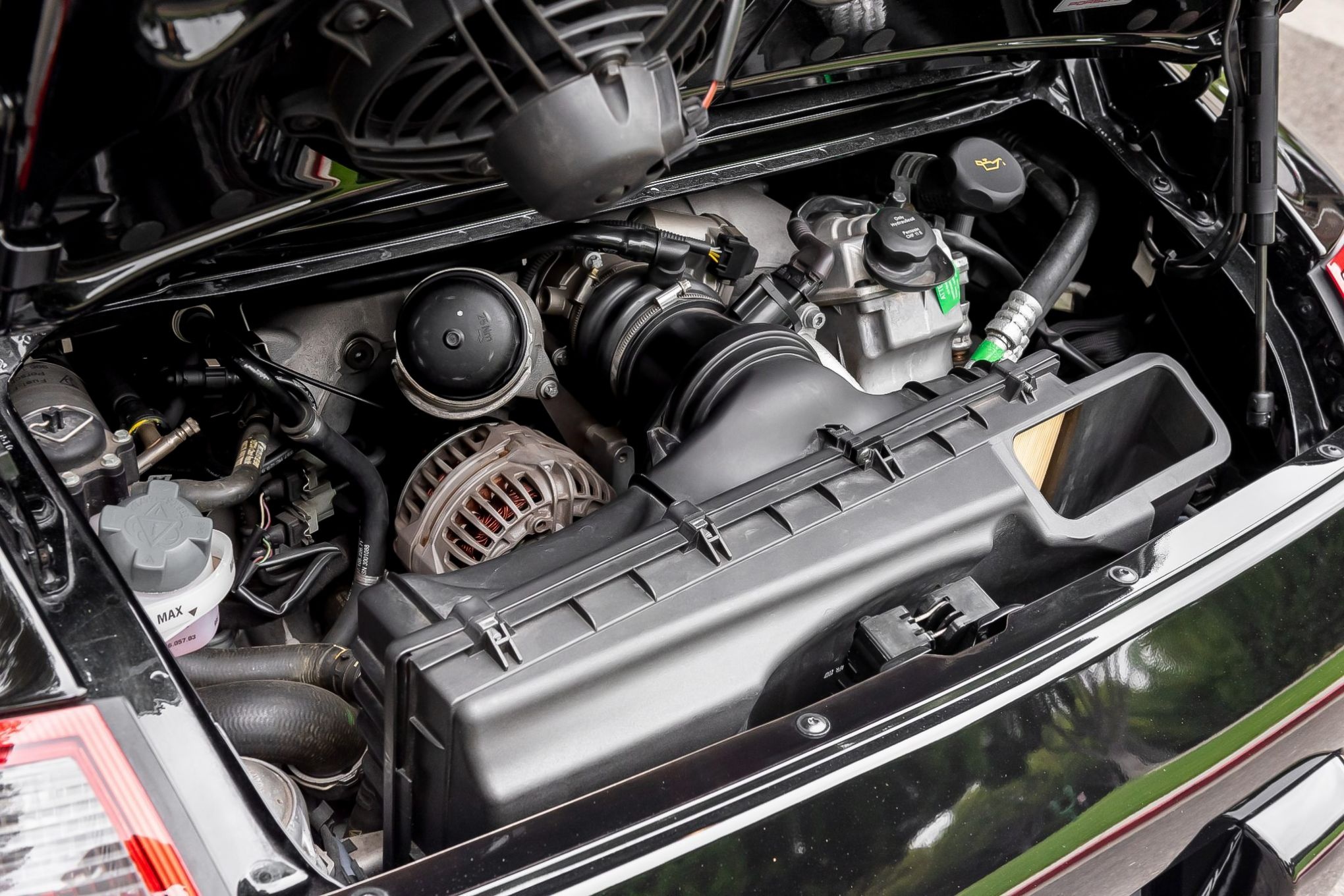 The race-derived 3.6 L flat-six Mezger engine features a dry-sump oiling system, titanium connecting rods, and variable valve timing.  A 6-speed manual transmission distributes 415 HP and 300 lb.-ft of torque to the rear wheels allowing for a 0-60 time of approximately 4 seconds and a top speed of over 190 MPH.  The RS achieves a weight savings of approximately 44lbs. over the standard GT3 through the use of lightweight body components including a plastic rear decklid and an adjustable carbon-fiber rear wing.  This example has also been upgraded with Porsche Ceramic Composite Brakes (PCCB) installed by Beverly Hills Porsche for superior stopping power.  All routine maintenance has been addressed and a DME report is available for reference in the photo gallery. 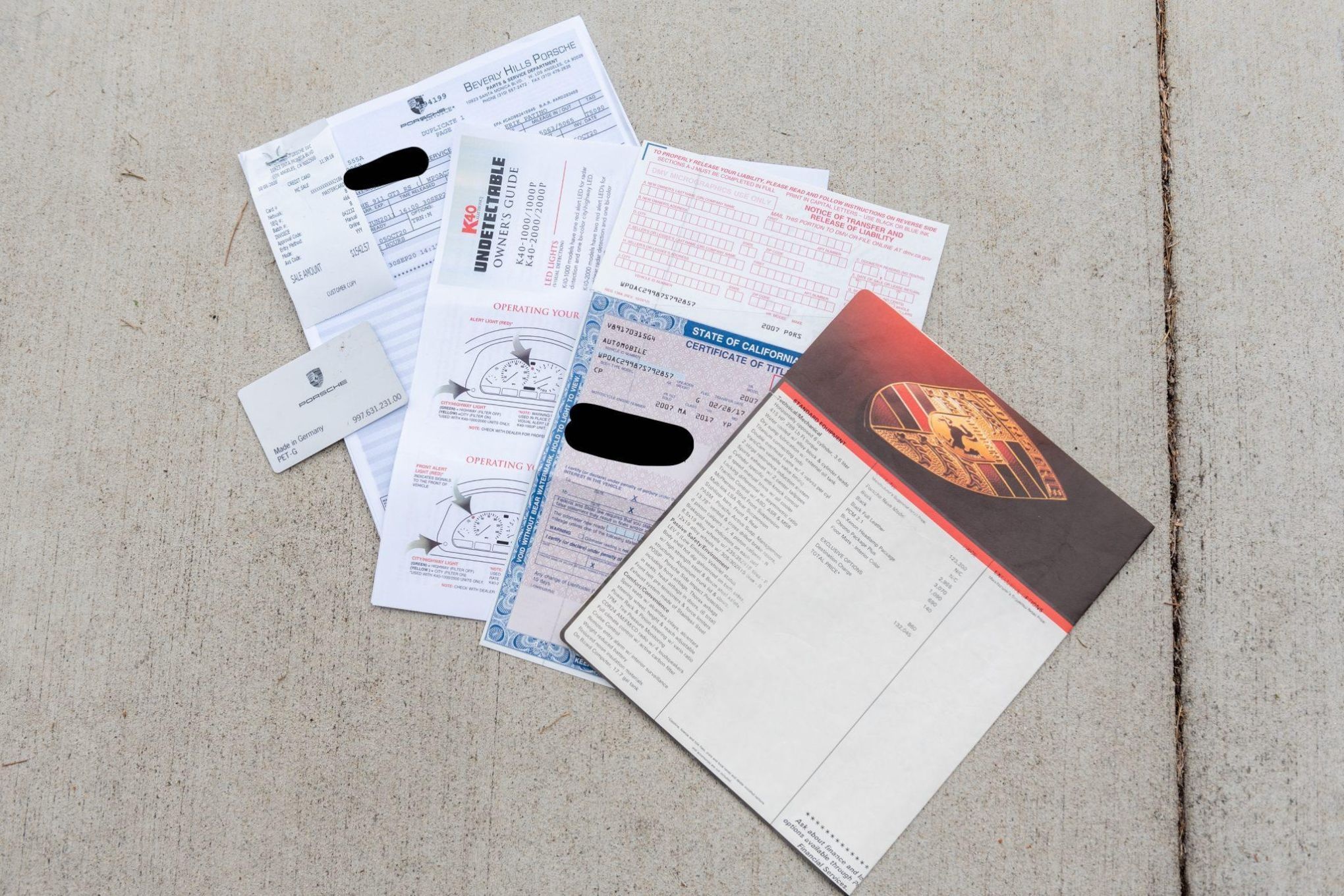 This sale will include original books and documentation, a K40 owner’s guide, service records, and a copy of the original window sticker.  Commonly regarded as one of the best driving 911’s of the water-cooled era, this stunning low-mileage 997.1 GT3 RS presents a very special opportunity.