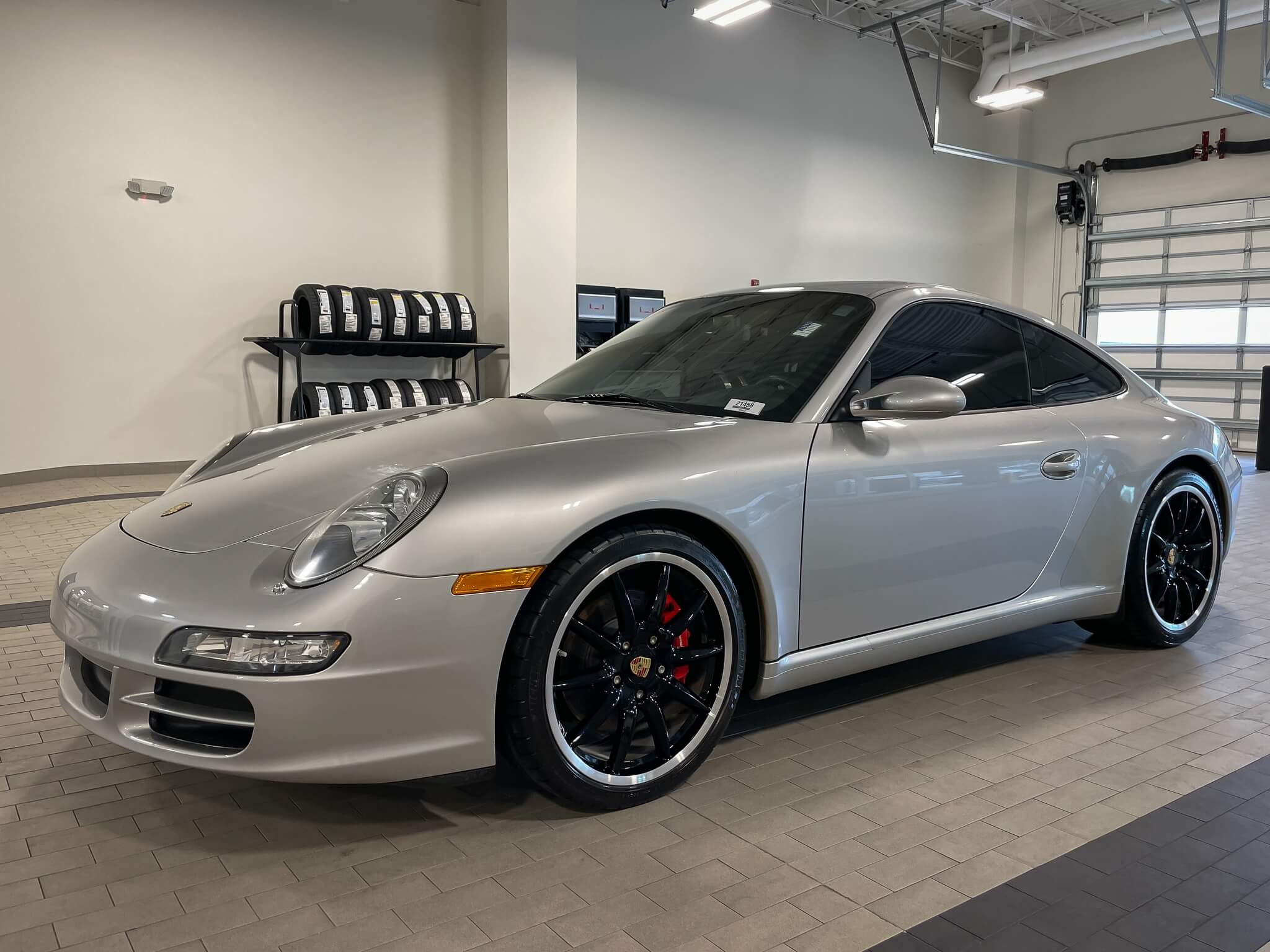 Up for auction is this 2008 Porsche 997 Carrera S finished in Arctic Silver Metallic over a black interior. In addition to its sought-after 6-speed manual transmission and 3.8 L flat-six engine, this 2008 example comes factory equipped with Adaptive Sport Seats, a leather Sport steering wheel, the Sport Exhaust System, and Sport Chrono Package Plus among other exclusive options. Having been cared for by three prior owners, this 997 shows just under 31k miles on the odometer and is now being offered for auction by its seller out of Florida. 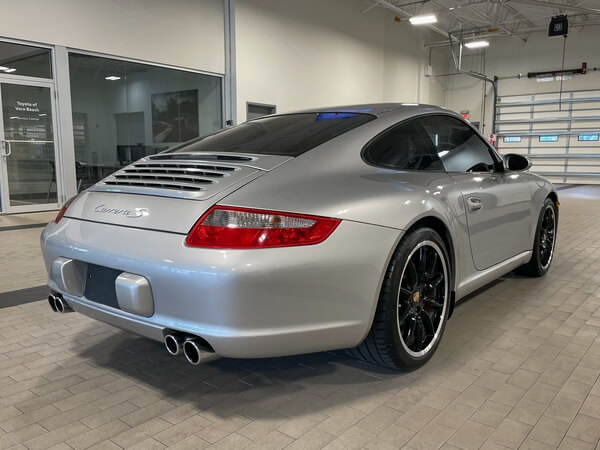 This 997 is presented in Arctic Silver Metallic and rides on a set of factory Exclusive black painted 19” Carrera Sport wheels.  A layer of clear paint protection film has been recently removed from the nose section before the car was thoroughly detailed in preparation for sale.  The seller notes that some other portions of the car remain preserved under paint protection film, detailed images are provided in the photo gallery along with a clean CARFAX report.  The original wheels come dressed in a set of Michelin Pilot Super Sport tires dated from 2018. 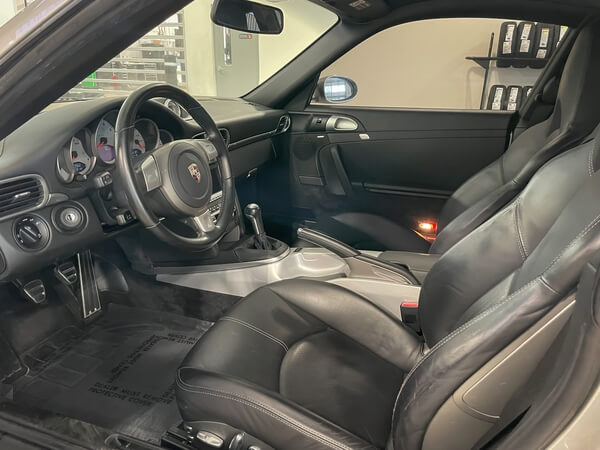 Inside, this Carrera S is appointed with a black interior featuring Adaptive Sport Seats as well as an optional leather Sport steering wheel, a storage compartment lid with model logo, and rear center console in aluminum-look.  The driver is also supplied with the Bose High-End Sound Package, heated seats, and a dashboard-mounted stopwatch included as part of the Sport Chrono Package.  The cabin is described to be in good condition with only minor signs of wear on the shift boot and seat bolsters.  CARFAX suggests a mileage inconsistency, although this is said to have resulted from clerical error when the mileage was recorded in August of 2021. The seller is in the proccess of having the error resolved. 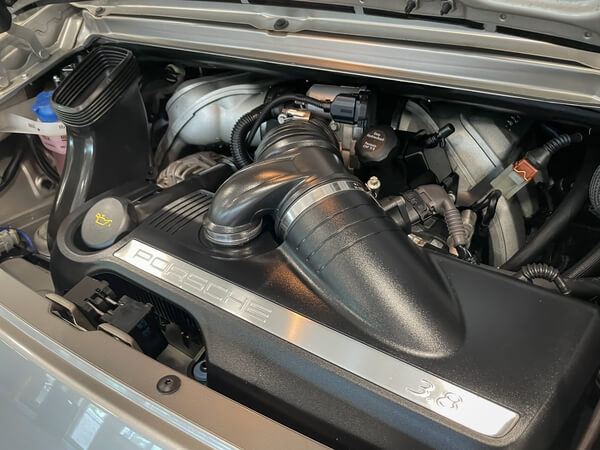 This first-generation 997 Carrera S is equipped with a naturally aspirated 3.8L flat-six engine that sends up to 355 HP and 295 lb.-ft of torque to the rear wheels through a 6-speed manual transmission.  The optional Sport Chrono Package Plus allows the driver to optimize engine and PASM suspension characteristics, while the optional Sport Exhaust System offers a more aggressive tone with the press of a button on the center console. The CARFAX report highlights service history dating back to 2011, and the seller reports this 997 to have been regularly maintained by Jim Ellis Porsche of Atlanta as well as Porsche of Omaha. 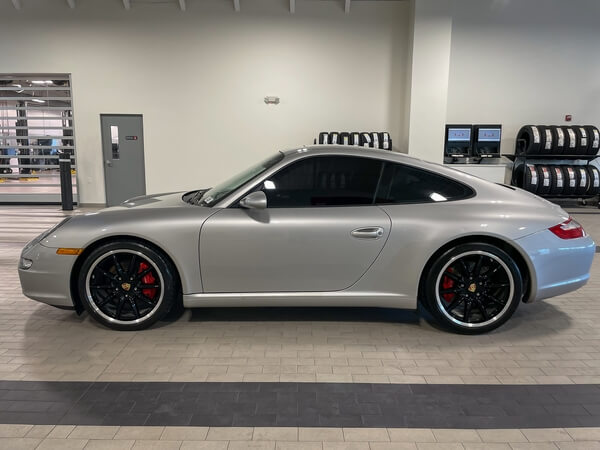 This sale will include a set of two keys and a clean title.  With reasonably low miles and desirable driver-oriented options, this 2008 example may very well be the 6-speed Porsche 997 you've been searching for.