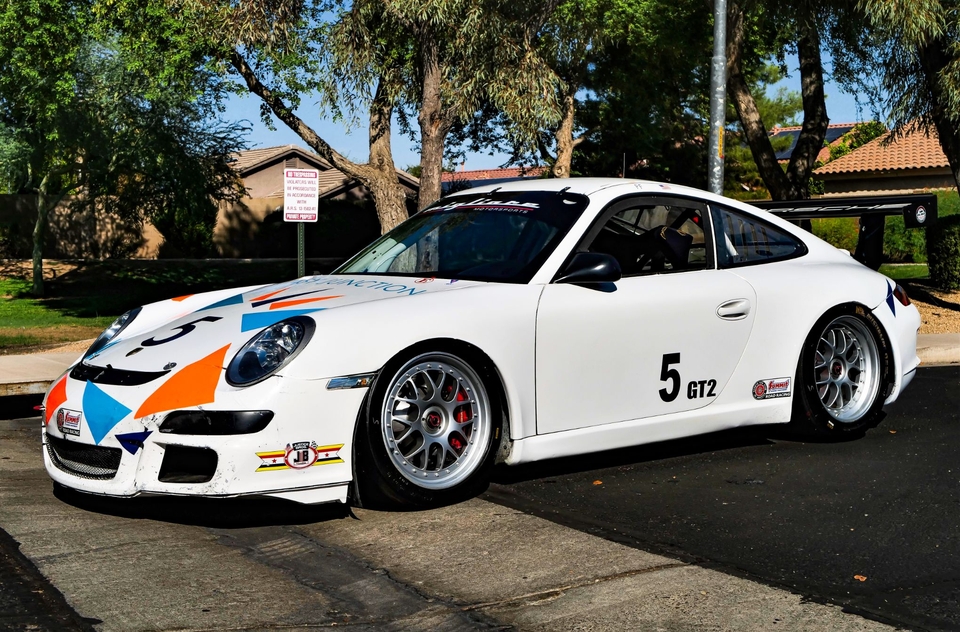 Now available for auction is this 2009 Porsche 997 GT3 Cup.  Making its debut as an IMSA Yokohama support series competitor, this factory Cup Car’s racing history is detailed in SCCA and PCA Club Racing logbooks.  After taking second place at the 2014 SCCA GT-2 National Championship, this GT3 underwent a full rebuild of its sequential gearbox with another major mechanical refresh performed in 2018 before being placed in a private collection where it was never raced or tracked.  Stated to be in excellent race-ready condition with no-expenses spared on proper maintenance, this genuine 997 GT3 Cup Car is now being offered with a comprehensive collection of service invoices by its seller in Arizona showing a reported 55 hours on the engine and 8 hours on the rebuilt gearbox. 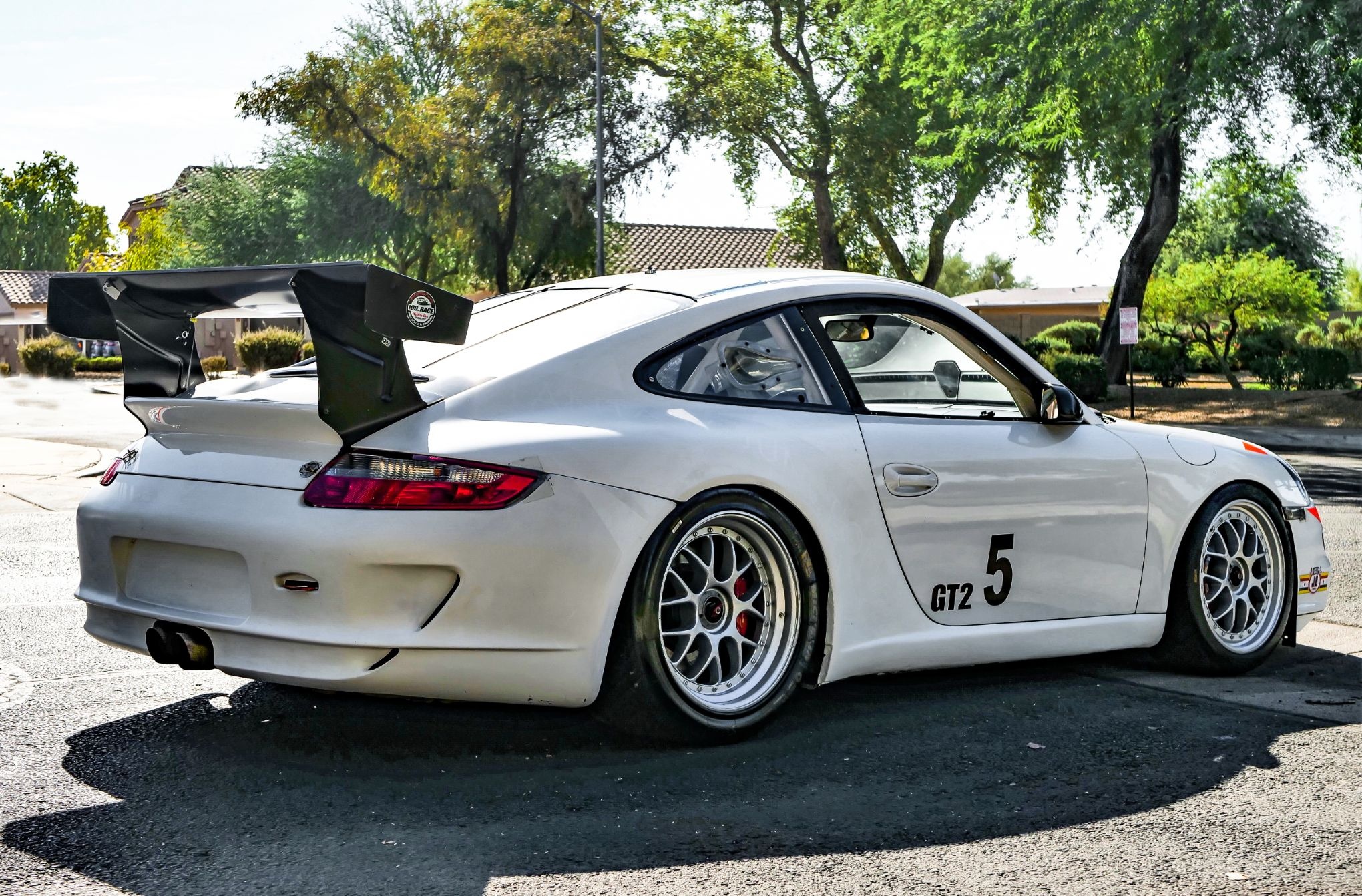 The White finish is noted to be remain good shape, although the right rear quarter panel had sustained some damage from a tire failure which has since been repaired and primed in white. A new rear bumper was also fitted which is primed in white but currently unpainted.  In 2012 this 997 was re-tubbed and outfitted with a new factory replacement shell and roll cage .  Factory BBS wheels are retained and the sale will also be accompanied by a spare set of BBS race wheels and tires, an extra set of Yokohama slicks (new), spare taillight assemblies and a spare front spoiler lip. 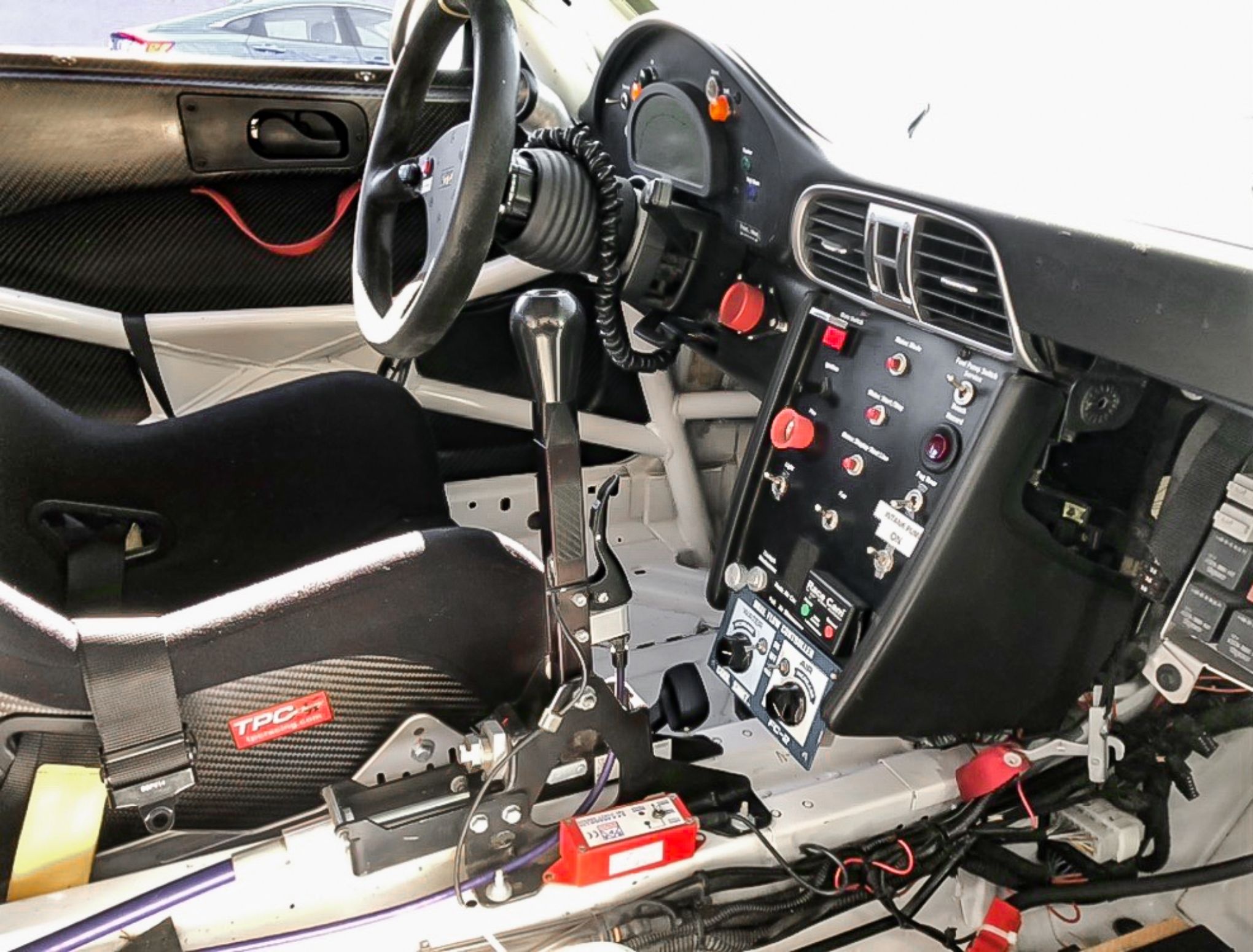 The all-business racing interior is in excellent condition and complete with a Motorola interface and Cool Suit system.  All gauges and electrical systems are also stated to be fully functional and the seller notes that the safety harnesses expire at the end of 2020. 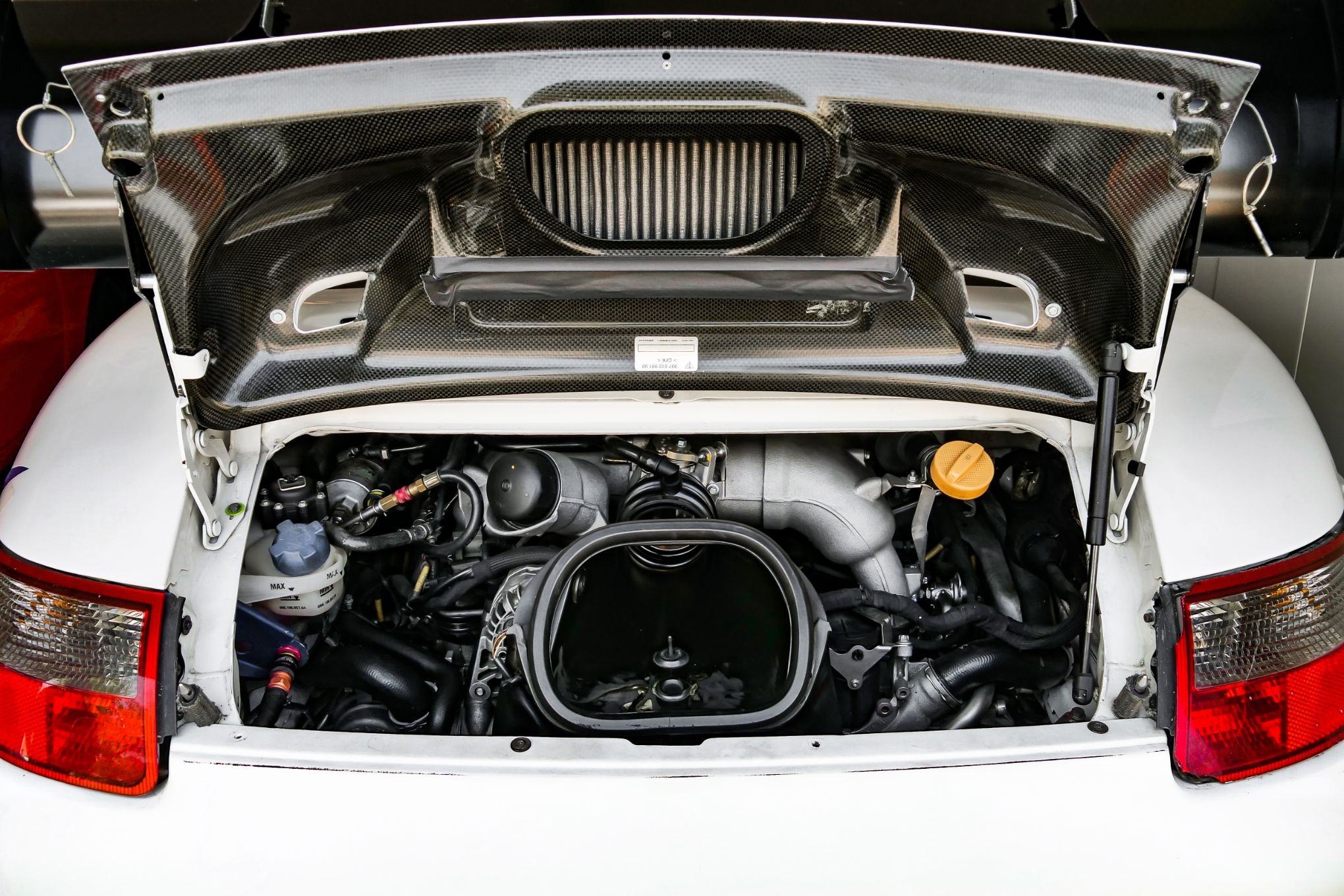 Power comes from a 3.6 L flat-six engine boasting a claimed output of 394 HP.  The rear wheels are driven through a 6-speed sequential gearbox which was completely rebuilt in 2018 at a cost of over $10k.  This 997 features air jacks, lightweight carbon fiber reinforced plastic (CFRP) components, a GT3 RSR derived suspension and an adjustable ABS control unit.  In January of 2018, Migliore Motorwerks replaced the clutch, steering hub, coil packs, starter motor and many other items. No expense was spared maintaining and upgrading this car by Migliore, numerous invoices included reveal a shock absorber rebuild on 10/26/2017, new radiators and hoses on 10/30/17 and all standard service items to keep the car in top running order.  This 997 currently shows approximately 55 hours on the engine and 8 hours on the rebuilt transmission. 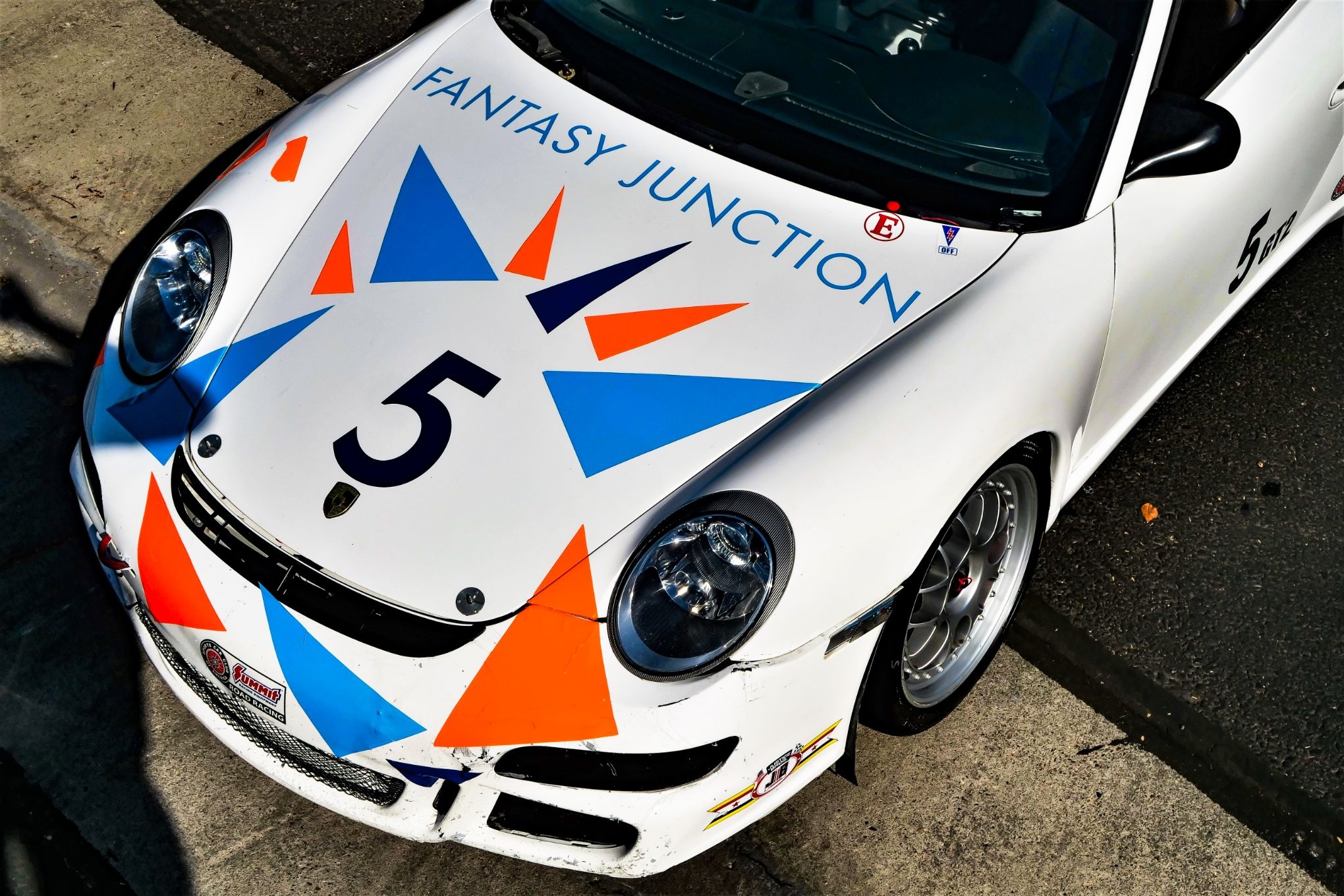 This Cup Car was first run as an IMSA Yokohama support series competitor from new until 2011.  James Hoddinott began running the car on February 3, 2011.  PCA Club Racing logbook shows Sebring, Road Atlanta, Watkins Glen, and Mosport in 2011.  2012 shows only one event at Sebring, February 3, 2012, and one event at Watkins Glen, May 31,2013.  Next, Spencer Trenery took over for 2014 through 2018.  It was not campaigned in 2015 or 2016. This GT3 later ran a double regional event at Laguna Seca 7/28/17 as well as the 2017 Thunderhill Regional Enduro under Trenery’s ownership. Its 2018 season included Fontana on 1/12/18 for a SCCA National event. The last two SCCA events were Thunderhill Regional on 4/7/18 and lastly, Sonoma Raceway on 6/29/18.  Since then the car was purchased by the current owner and placed into his collection, but never raced or tracked. 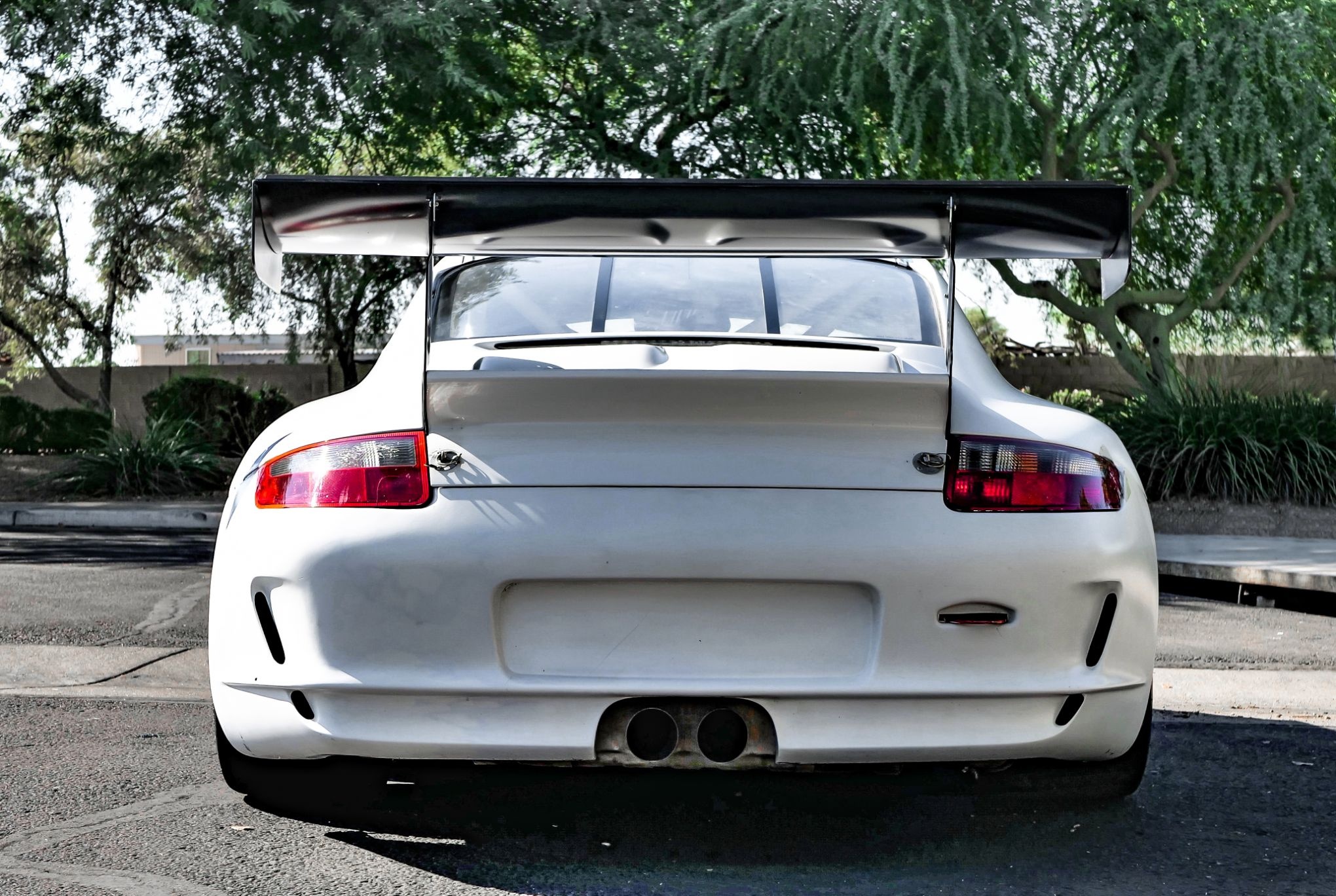 The sale of this factory Cup Car will include a service binder with a comprehensive collection of invoices, racing logbooks, spare wheels and tires, spare taillight assemblies and front lip spoiler, manuals and a 997 service CD.  This purpose-built race car offers an incredible opportunity for any avid motorsport enthusiast, do not miss your chance to take your performance driving skills to the next level behind the wheel of this genuine 997 GT3 Cup.