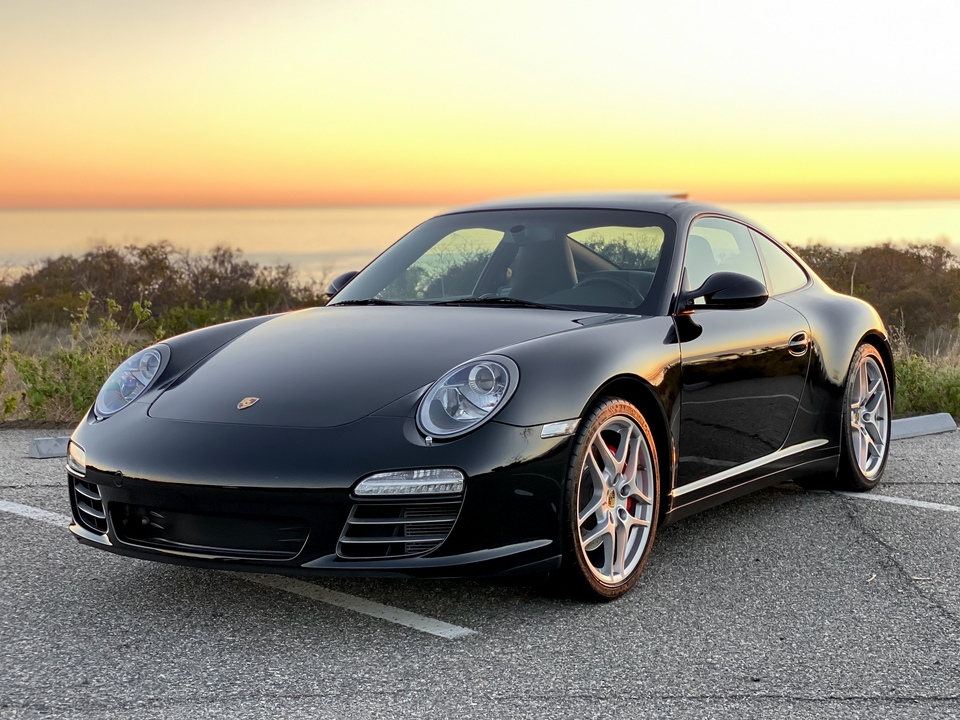 Up for auction is this exceptional 2009 Porsche 997.2 Carrera 4S Coupe finished in Black over a black standard leather interior.  Representing one of the most desirable modern Porsche 911s on the market, this 997.2 features a direct fuel injected 3.8 L flat-six engine that drives all four wheels through a 6-speed manual transmission.  It was also optioned from the factory with Sport Chrono Package Plus and the Bose High-End Sound Package as well as heated and ventilated front seats.  A lifelong West Coast car with only 36k miles showing on the odometer, this 2009 example is now being offered for auction by its 3rd owner out of California accompanied by the original window sticker and service records dating back to the original purchase. 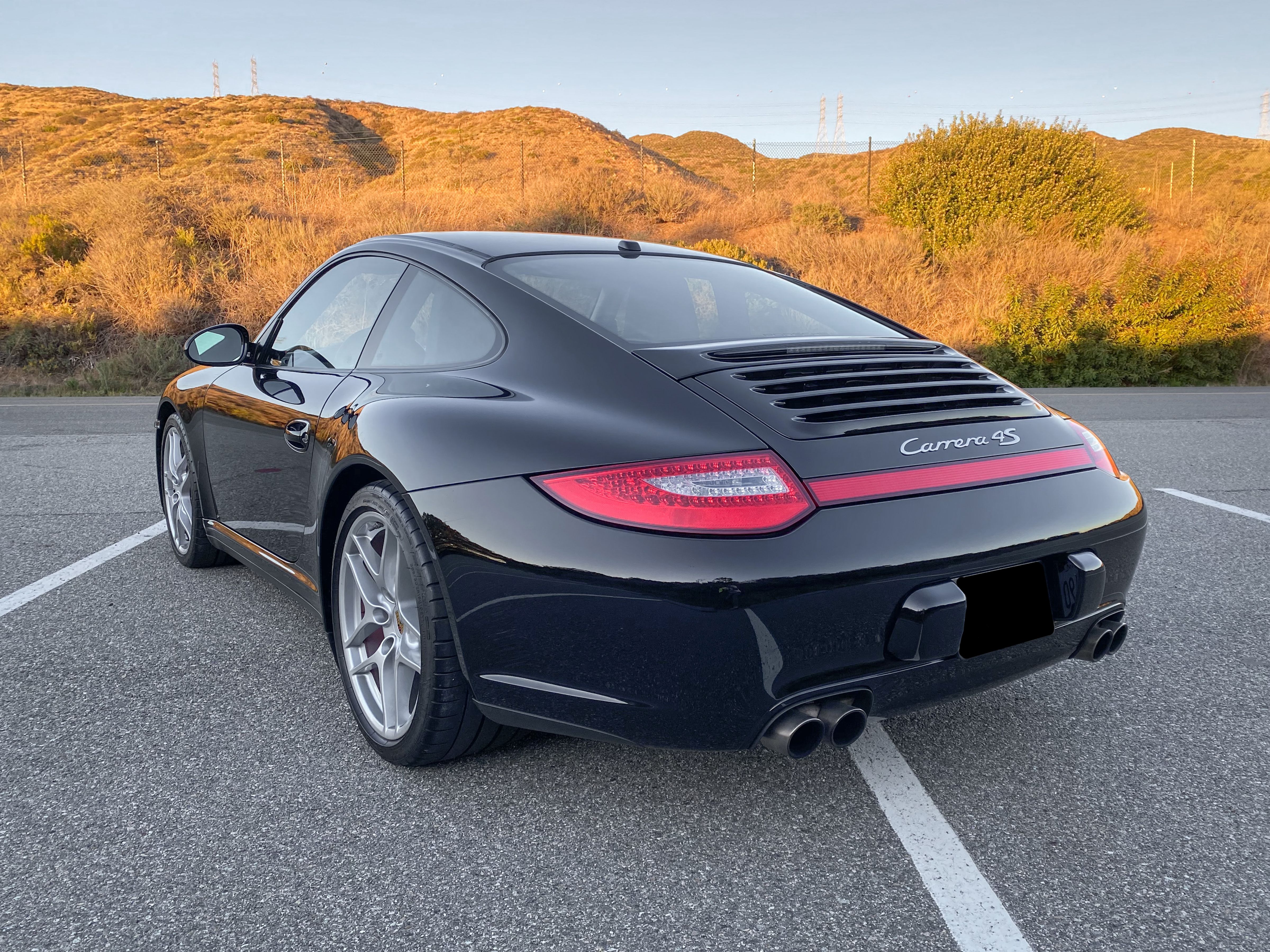 The Black finish on this 997 is described by the seller to be in near perfect condition having recently had paint protecton film removed from the front end exposing the pristine orignal paint.  A professional paint correction was also carried out within the last 6 months along with a $3k Ceramic Pro treatment which is covered by a lifetime warranty.  A collection of detailed images is provided in the photo gallery along with a clean CARFAX.  As an all-wheel-drive model, this second-generation 997 features wide fenders as well as a unique reflective stripe between the taillights.  This 4S rides on factory 19” Carrera S II wheels with optional colored Porsche center crests.  Some slight imperfections are noted on the rims and the tires are said to be in great shape. 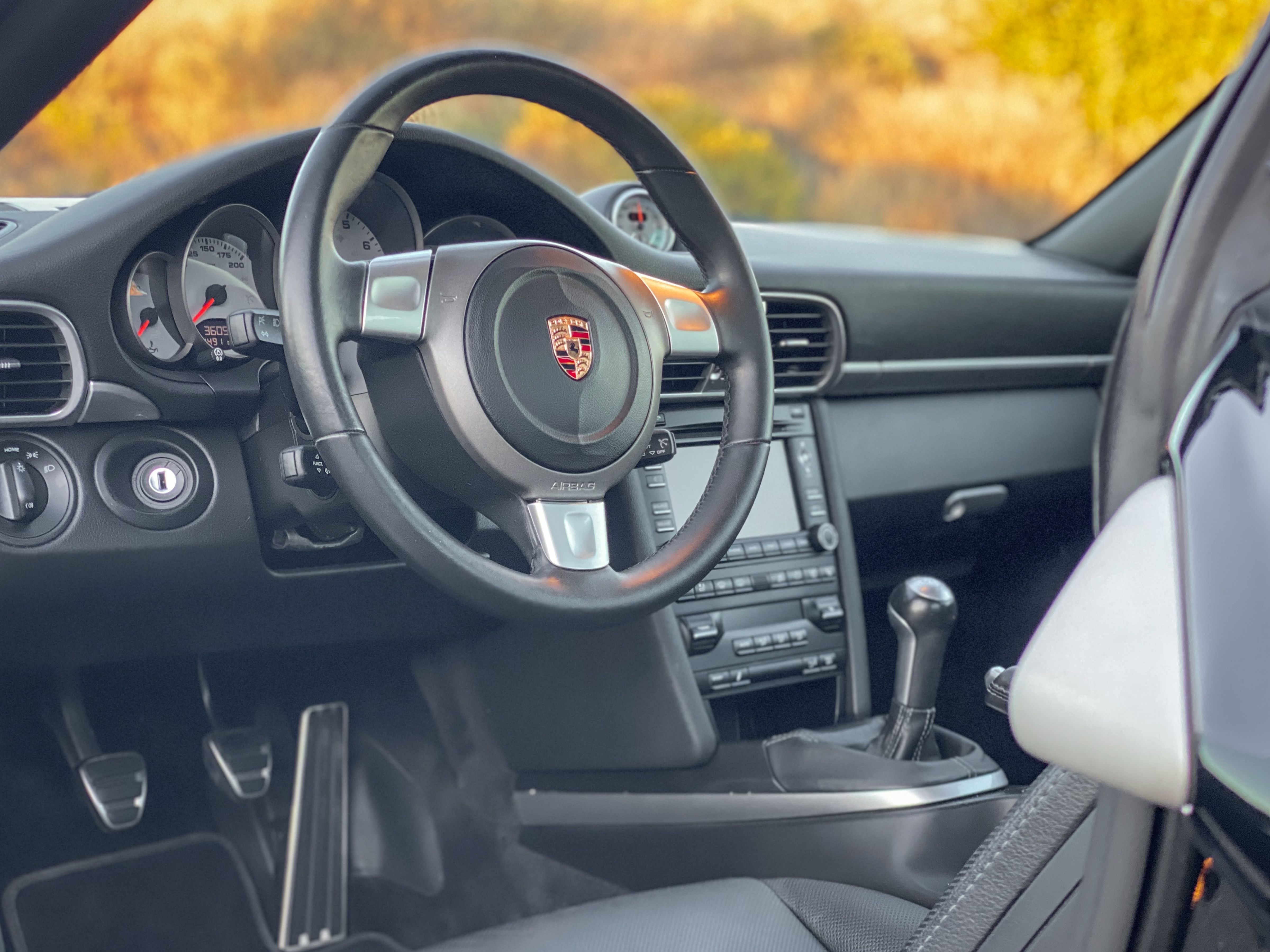 Inside, the black standard leather interior remains in excellent condition aside from a few very small imperfections as depicted in the photo gallery.  All factory features have been retained and the original $102,170 window sticker lists the following options: 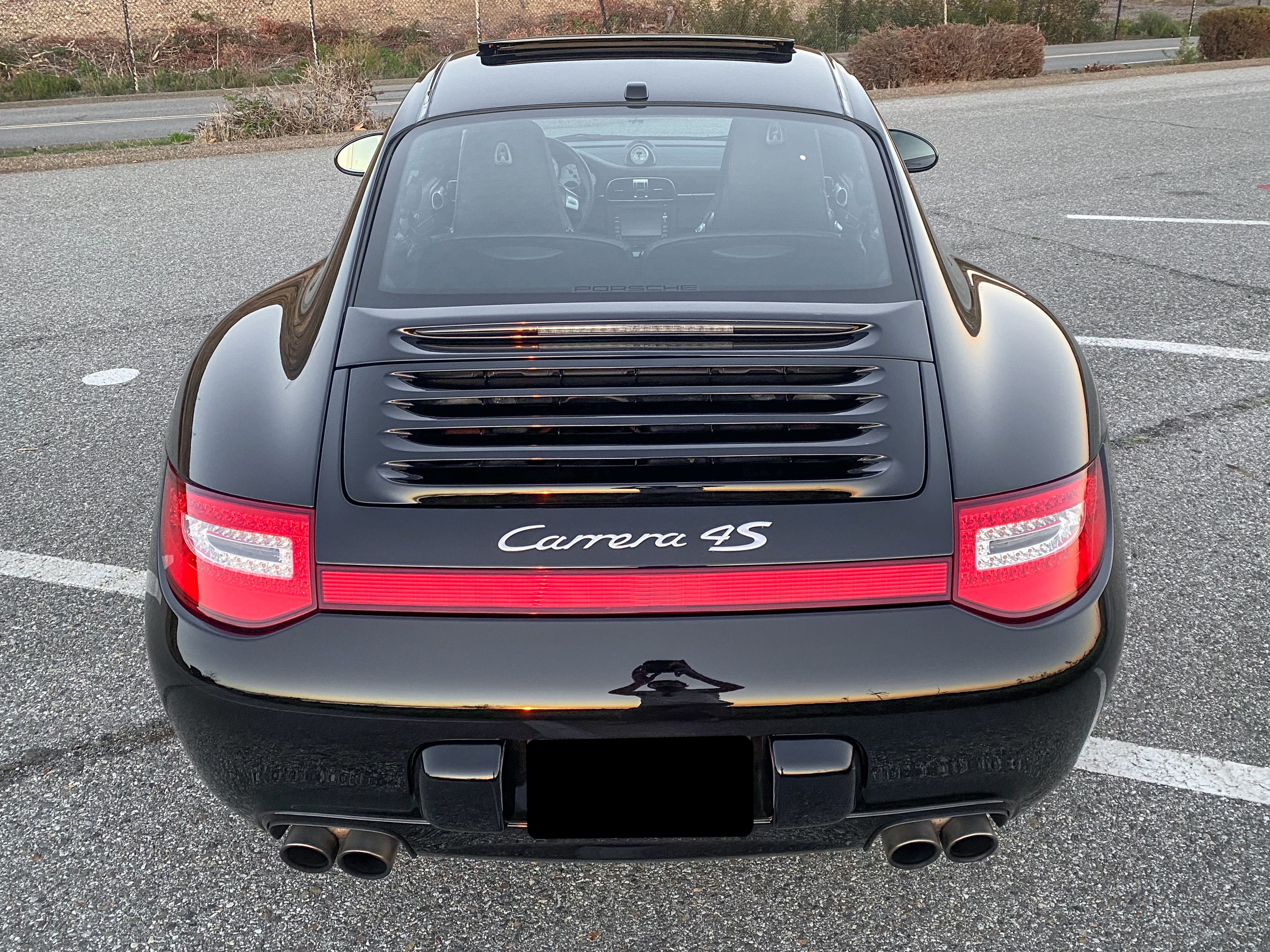 For the second phase of the 997 series, the Carrera 4S was equipped with a revised 3.8 L flat-six engine featuring direct fuel injection.  385 HP and 310 lb.-ft of torque are distributed among all four wheels by way of a highly desirable 6-speed manual transmission allowing for a 0-60 time of approximately 4.5 seconds and a top speed of 185 MPH.  The optional Sport Chrono Package Plus enables variable performance settings as well as a stopwatch function to record lap times.  A complete collection of service records is reported to show all routine maintenance dating back to the original purchase, and a recent oil change is said to have been carried out along with a DME that is posted in the photo gallery.  This 4S reportedly passed a California smog test within the last several months and the seller describes it to be in excellent driving condition for the next owner. 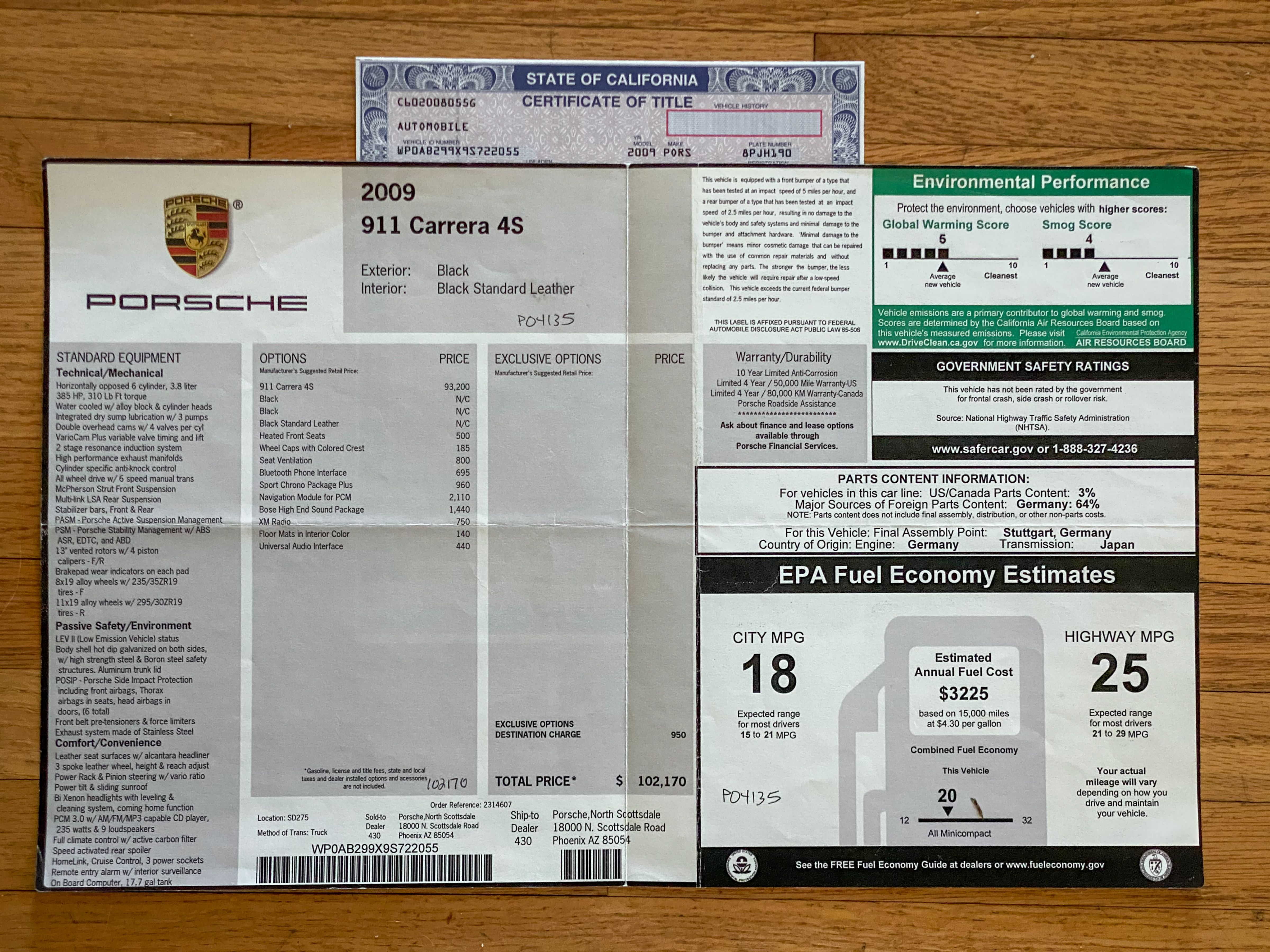 This sale will include a set of 2 keys, owner’s manuals, the original window sticker, a complete collection of service records, and a clean title.  The market has never been hotter for the Porsche 997 and this second-generation 6-speed Carrera 4S is among the most desirable models available.  Do not let this opportunity pass you by.