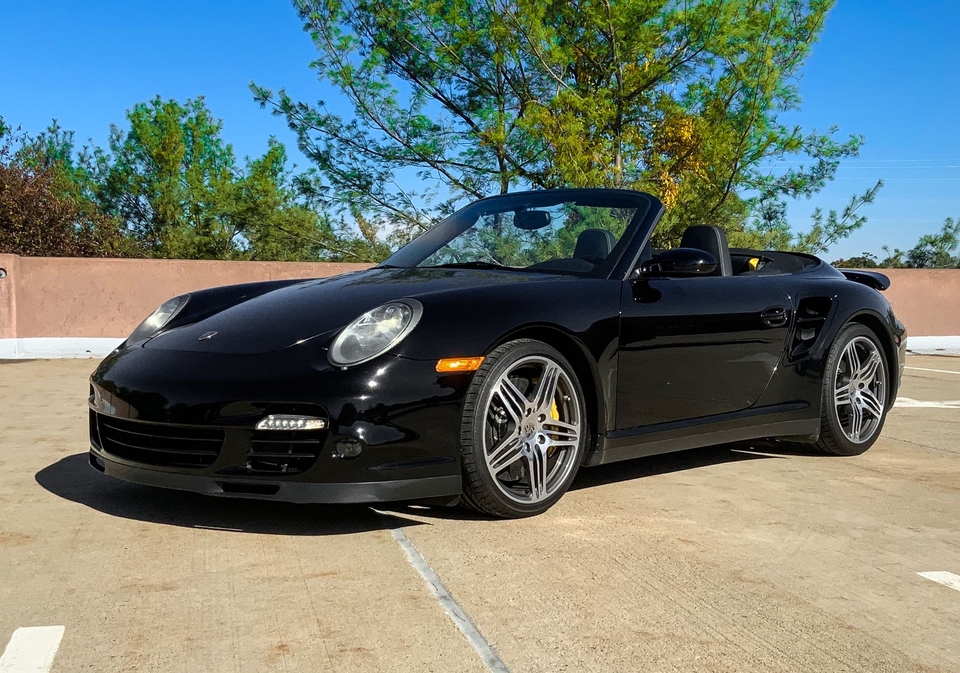 Up for auction is this 2009 Porsche 997.1 Turbo coupe finished in black over black full leather interior.  Featuring PCCB ceramic composite brakes and a legendary twin-turbocharged Mezger flat-six engine mated to a 6-speed manual transmission, this Turbo is not to be over looked.  This 2009 example is especially sought after as it debuted the next-generation PCM offered as standard in the 997.2 series.  Preserved under paint protection film while displaying just under 19k miles on the odometer, this Turbo is now being offered by its seller out of Connecticut. 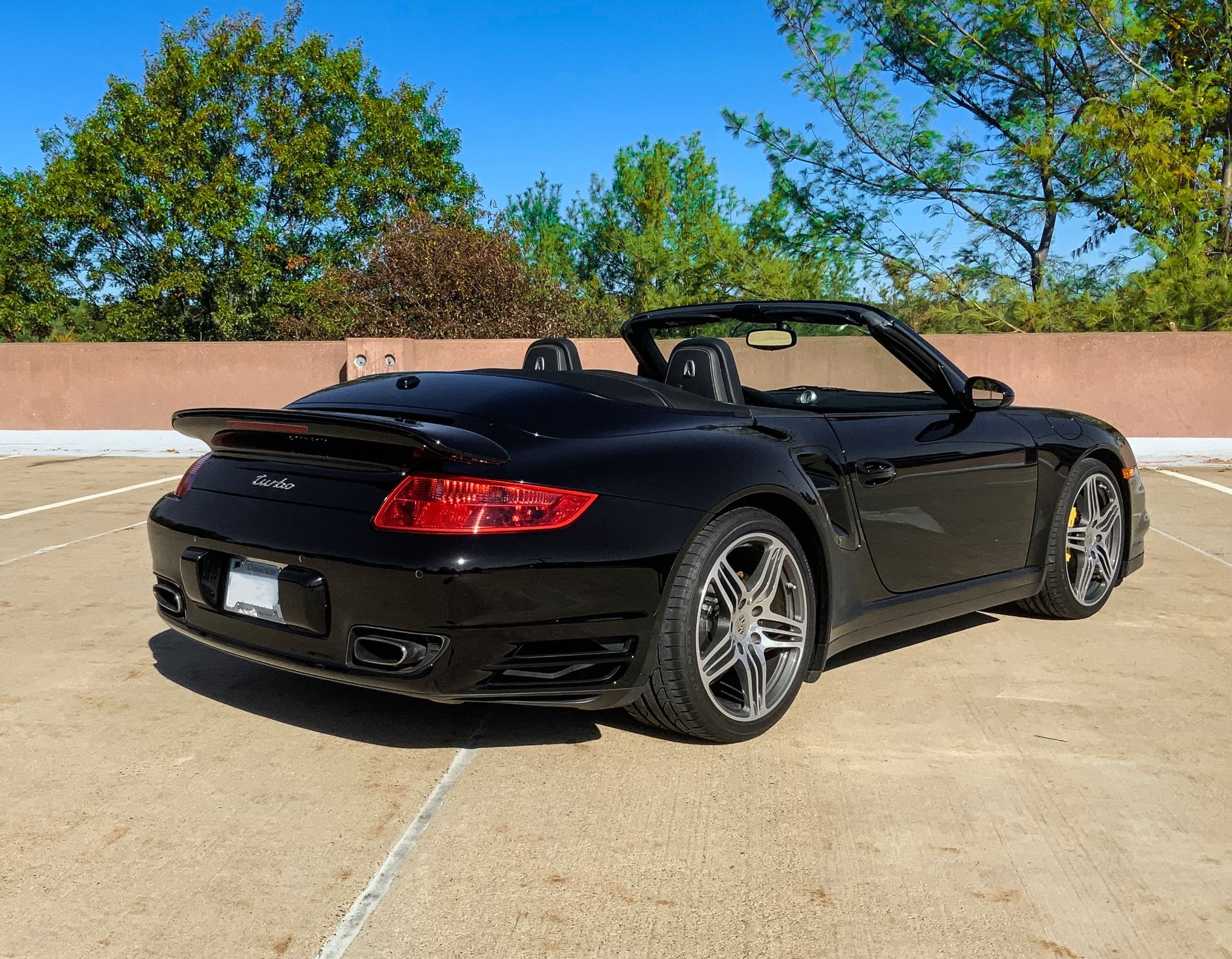 The black finish on this Turbo is said to be in exceptional condition (detailed images are provided in the photo gallery).  Clear paint protective film has also been applied over the entire exterior surface aside from the rear two quarter panels.  Noteworthy details include wide fenders with rear side air intakes, a speed activated rear spoiler and red taillights.  This 997 retains its factory specified look with yellow PCCB brake calipers tucked behind original Turbo wheels which come dressed in Bridgestone Potenza tires. 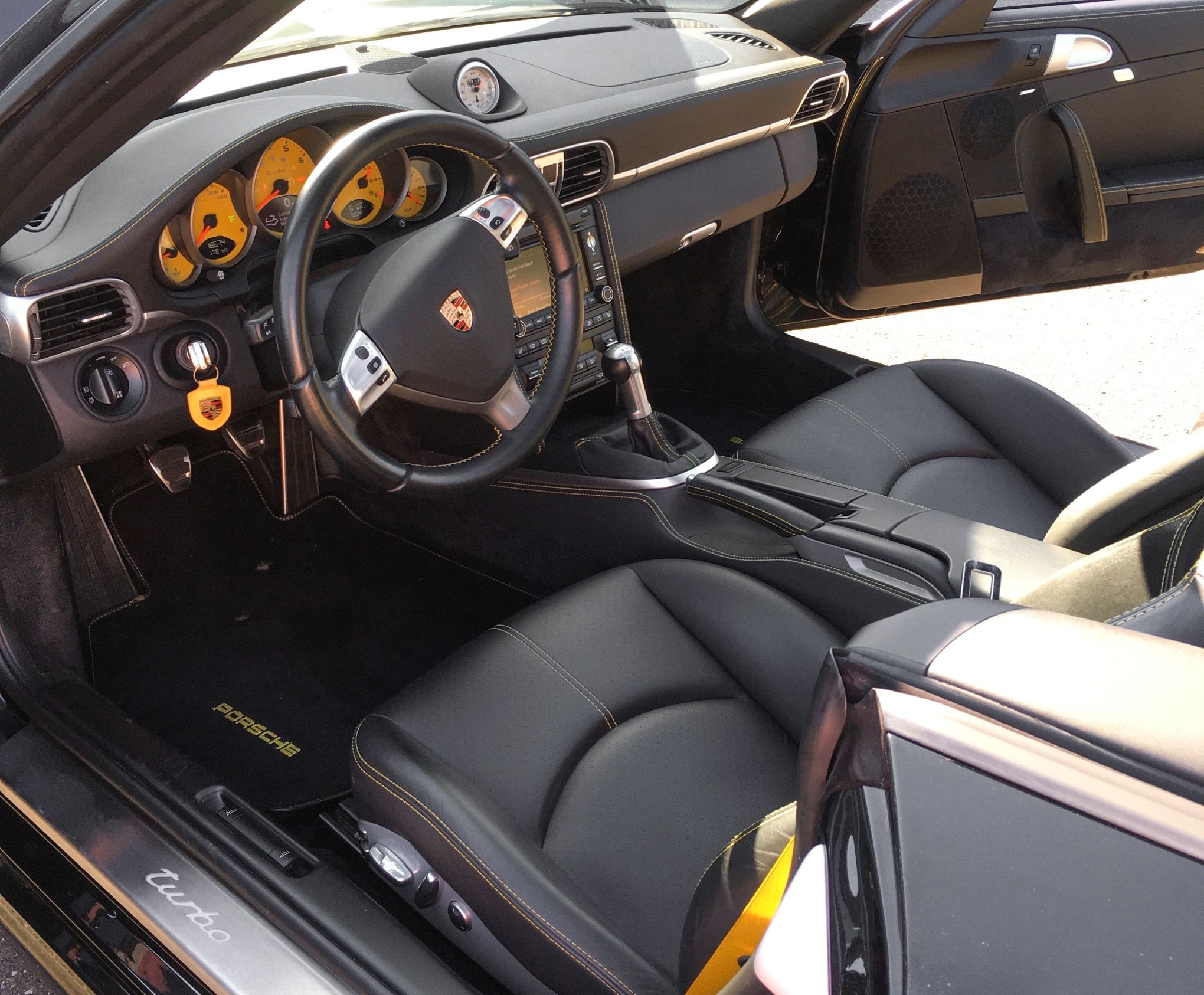 This 911 has been appointed with a black full leather interior that features adaptive sport seats and yellow deviated stitching throughout the cabin.  Other exclusive factory details include illuminated stainless-steel doorsills, Bluetooth phone interface, PCM voice control, universal audio interface and Sport Chrono Package.  The interior is stated to be in exceptional condition with all electronics remaining in working order. With an original MSRP of over $168k, additional options include: 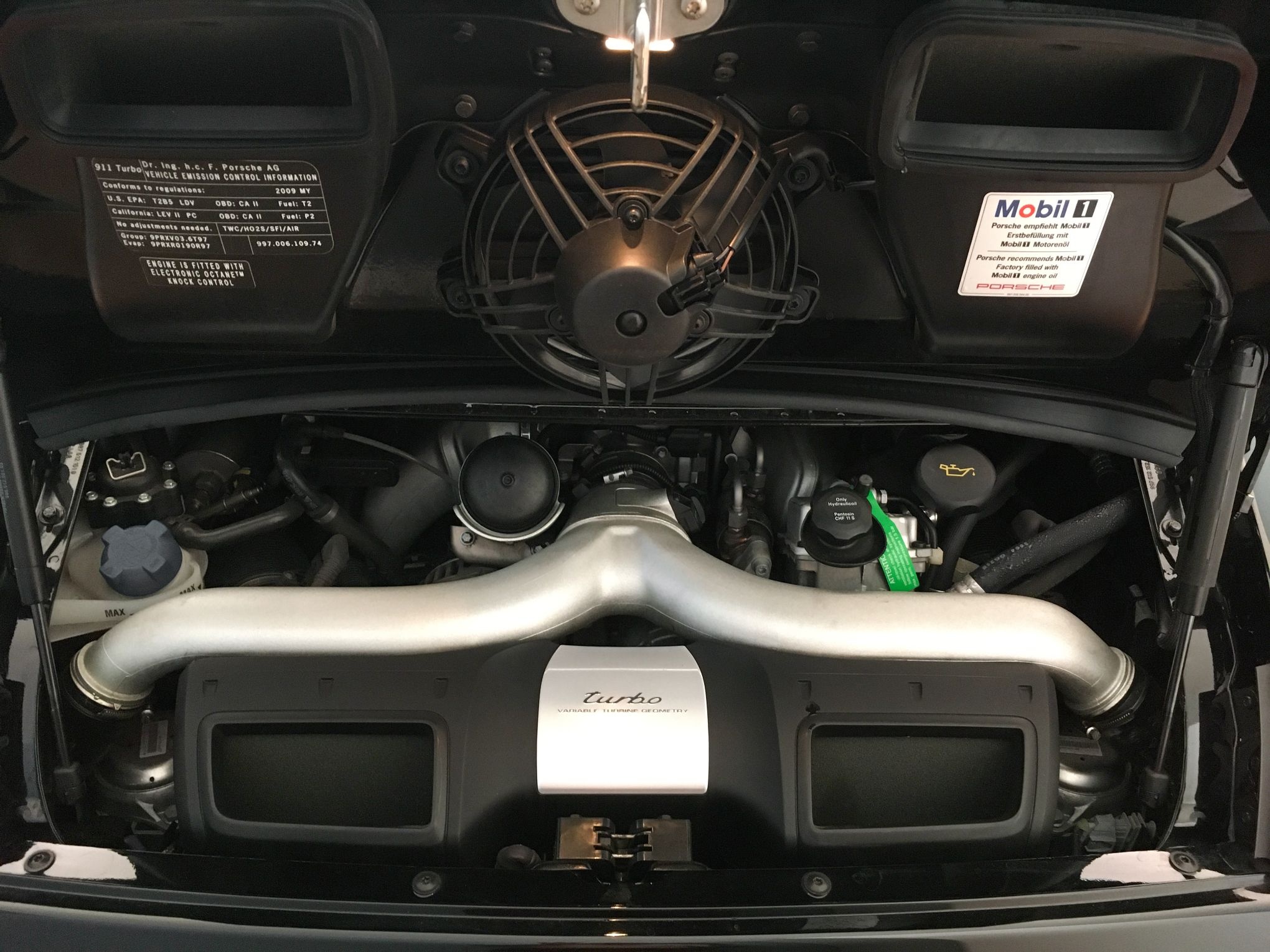 Marking the final iteration of the Mezger 911 Turbo, this 997.1 is powered by a twin-turbocharged flat-six Mezger engine rated at 480 HP.  All four wheels are driven through a highly desirable 6-speed manual transmission allowing this coupe to accelerate from 0-60 MPH in as little as 3.7 seconds.  Coveted for its race-derived design, the Mezger engine is widely regarded as one of the greatest water-cooled Porsche motors of all time.  Optional PCCB ceramic composite brakes provide superior stopping power while the Sport Chrono Package enables the driver to clock lap times and optimize performance characteristics while underway. This example is said to have been dealership serviced throughout its life with a recent 4 year major service performed that included new spark plugs, new coils and all new fluids and filters. 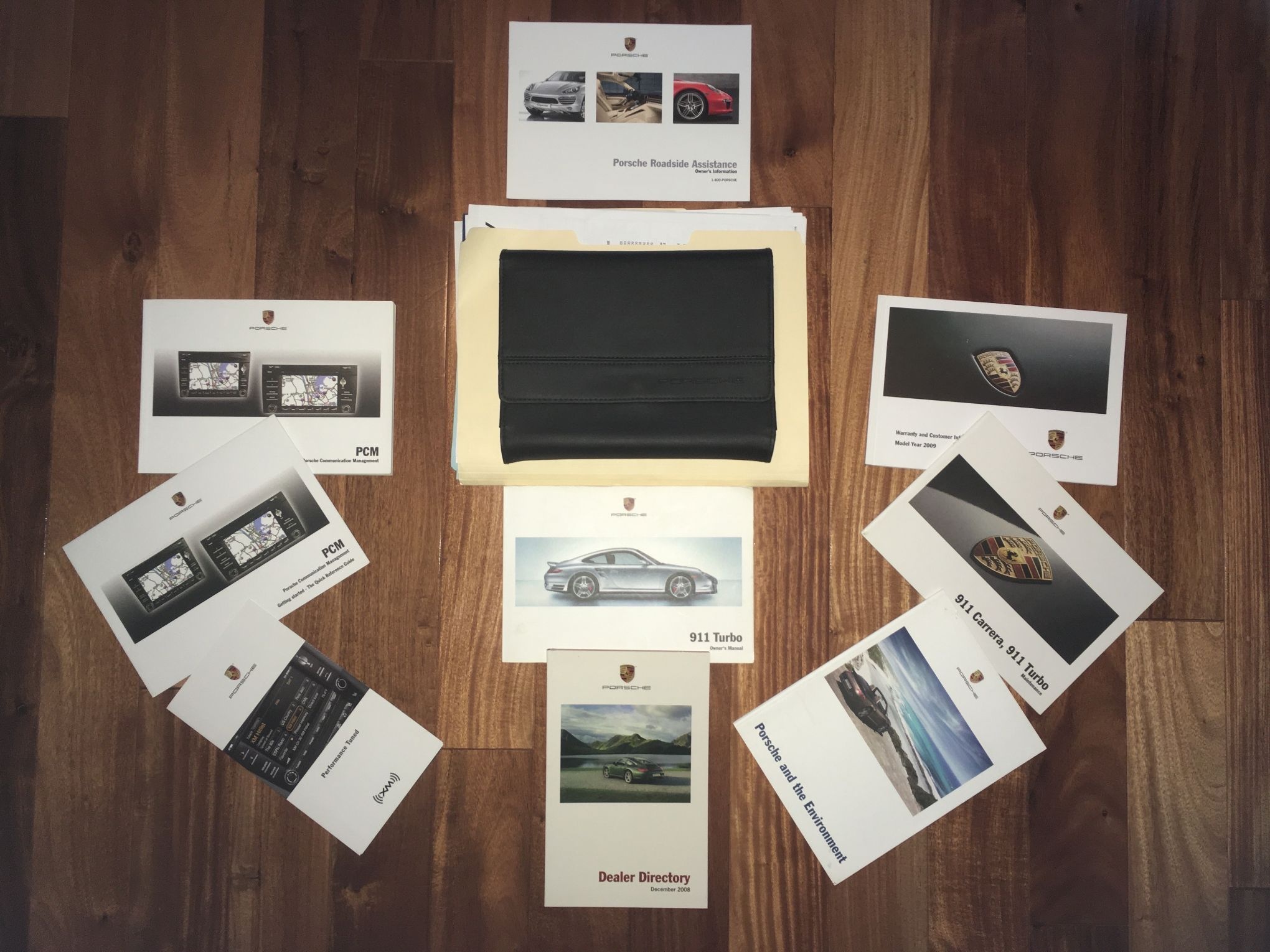 The sale of this desirable 2009 Turbo will include two keys, books, service records, and a copy of the original window sticker.