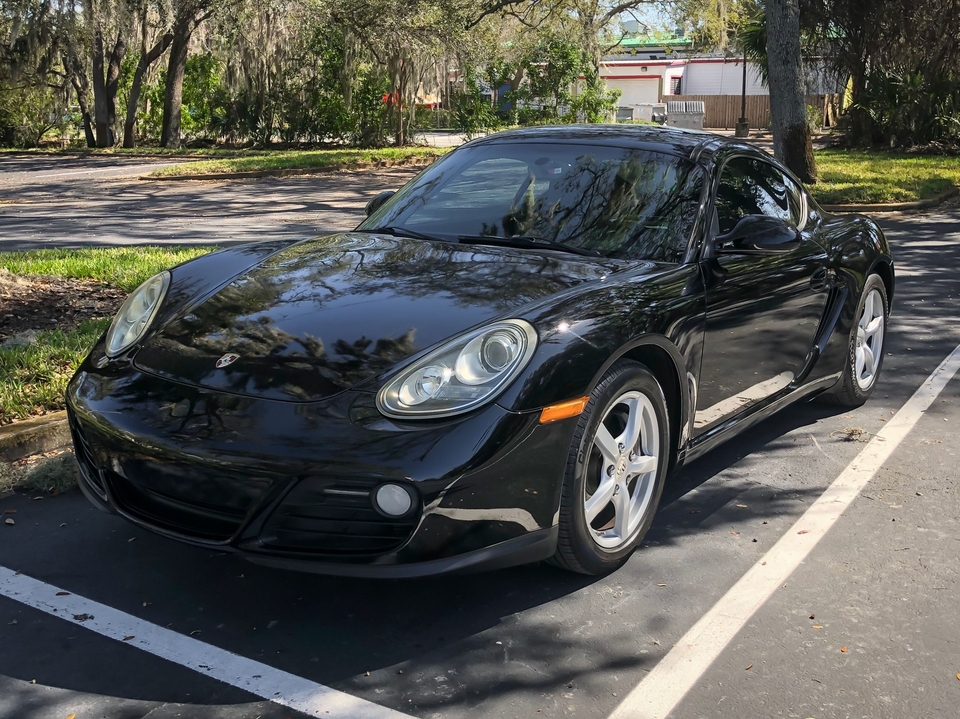 Up for auction is this 2009 Porsche 987.2 Cayman finished in Black over a black standard leather interior. Featuring a 7-speed dual-clutch PDK transmission paired with a mid-mounted flat-six engine, this 987 was purchased by the seller from its second owner in 2017.  It has been carefully looked after ever since with routine maintenance, a complete transmission replacement, and a professional full respray to ensure an excellent overall appearance.  Now with approximately 72k miles showing on the odometer, this Cayman is being offered by its third owner out of Florida. 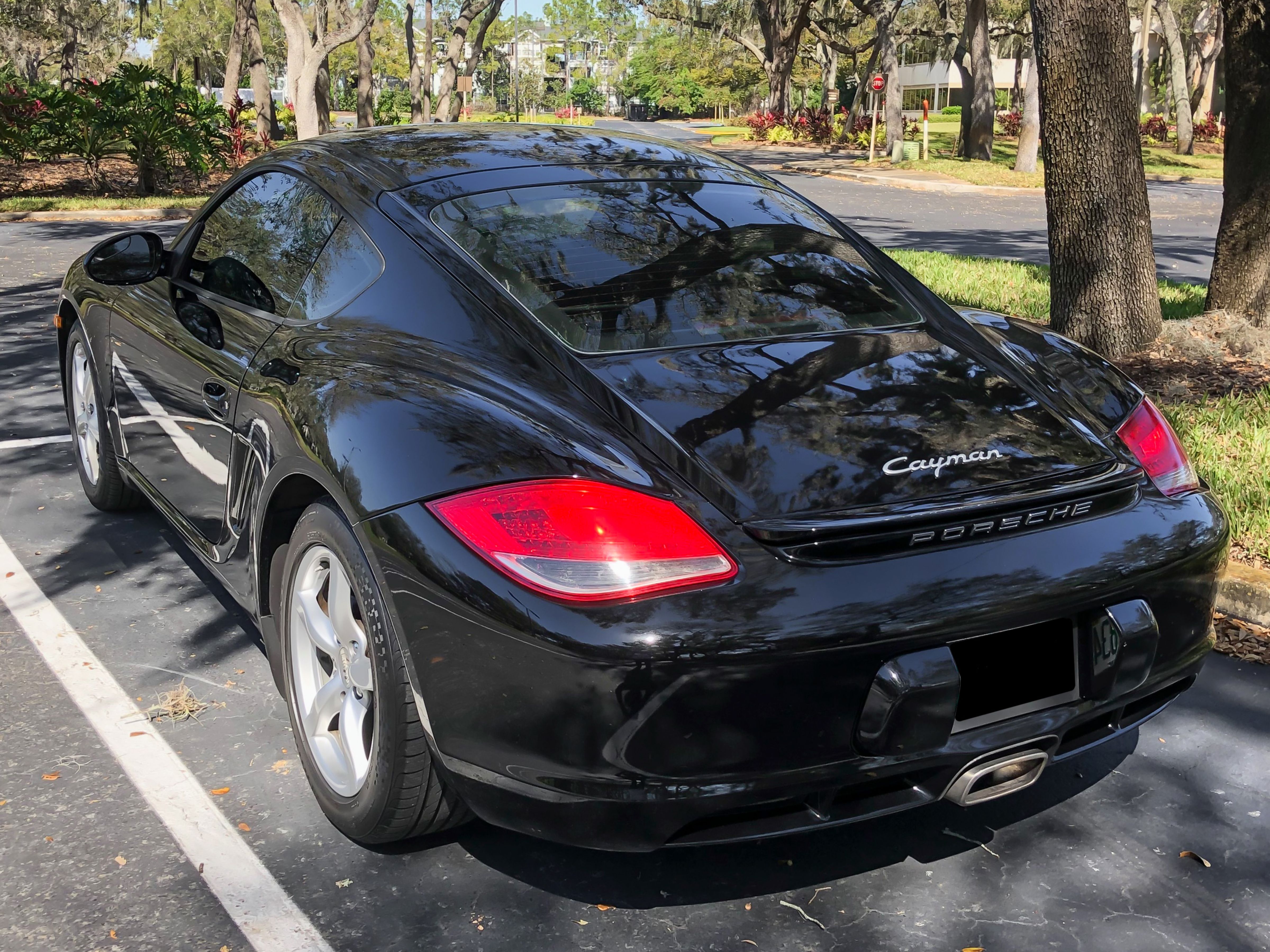 This Cayman is finished in Black and the seller reports that the entire car was refinished under their ownership for cosmetic purposes.  A few small imperfections have been noted and the paint is said to remain in excellent condition overall.  CARFAX shows several damage reports under the original ownership which are stated by the seller to have resulted from minor cosmetic incidents (detailed images are provided in the photo gallery).  Newer-style Porsche lettering has been added below the rear spoiler and this 987 rides on factory 17” Cayman II wheels that were dressed in new Michelin tires during 2017. 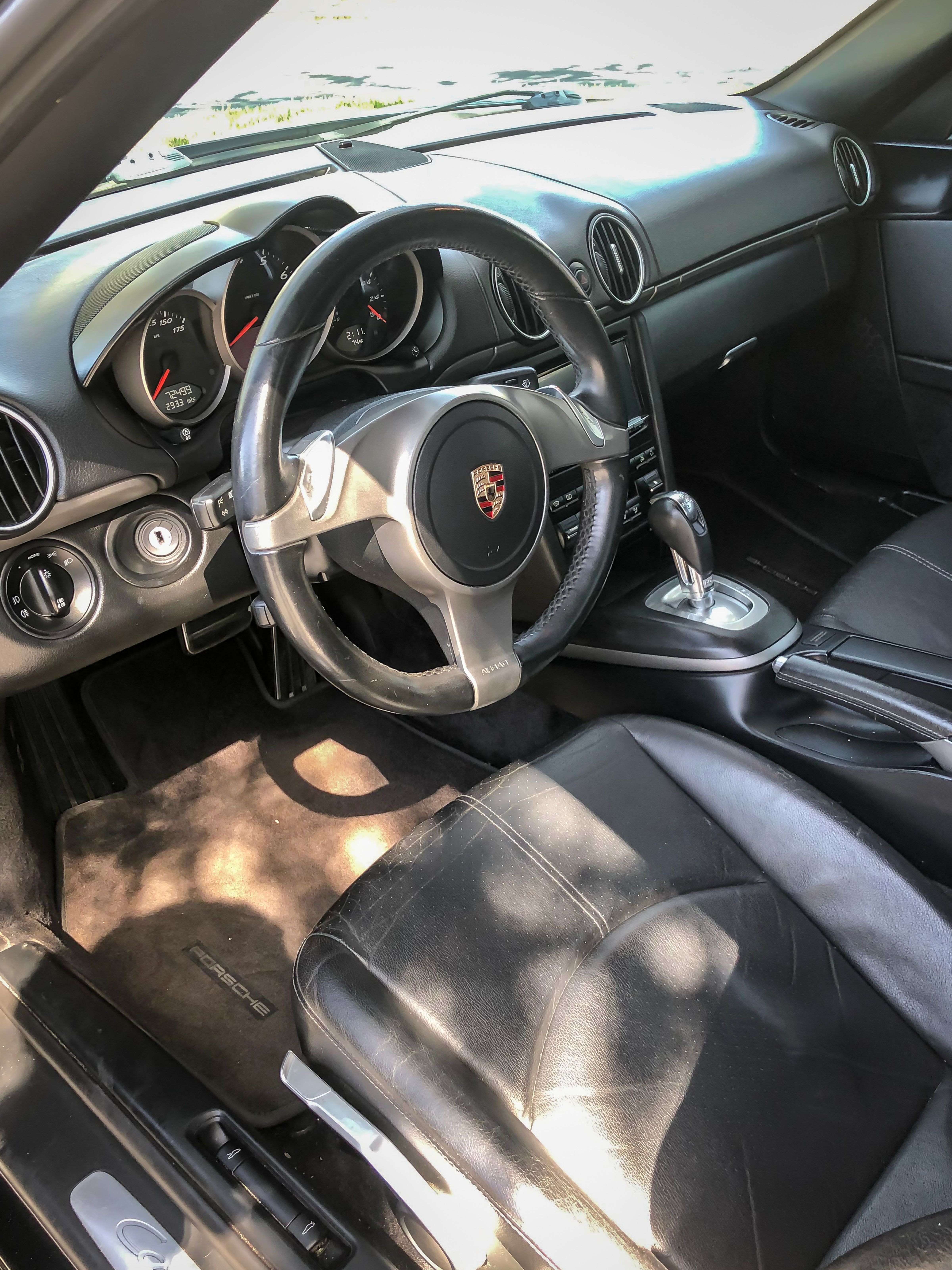 Inside, the black standard leather interior is described to be in very good condition with only minor wear reported on some switches and knobs as well as headliner sag toward the rear compartment.  An aftermarket double-din Kenwood radio has been installed and the original PCM will also be included in the sale.  From the factory, this Cayman featured a Bluetooth interface for a mobile phone as well as the Universal Audio Interface.  All gauges and accessories are said to be working properly. 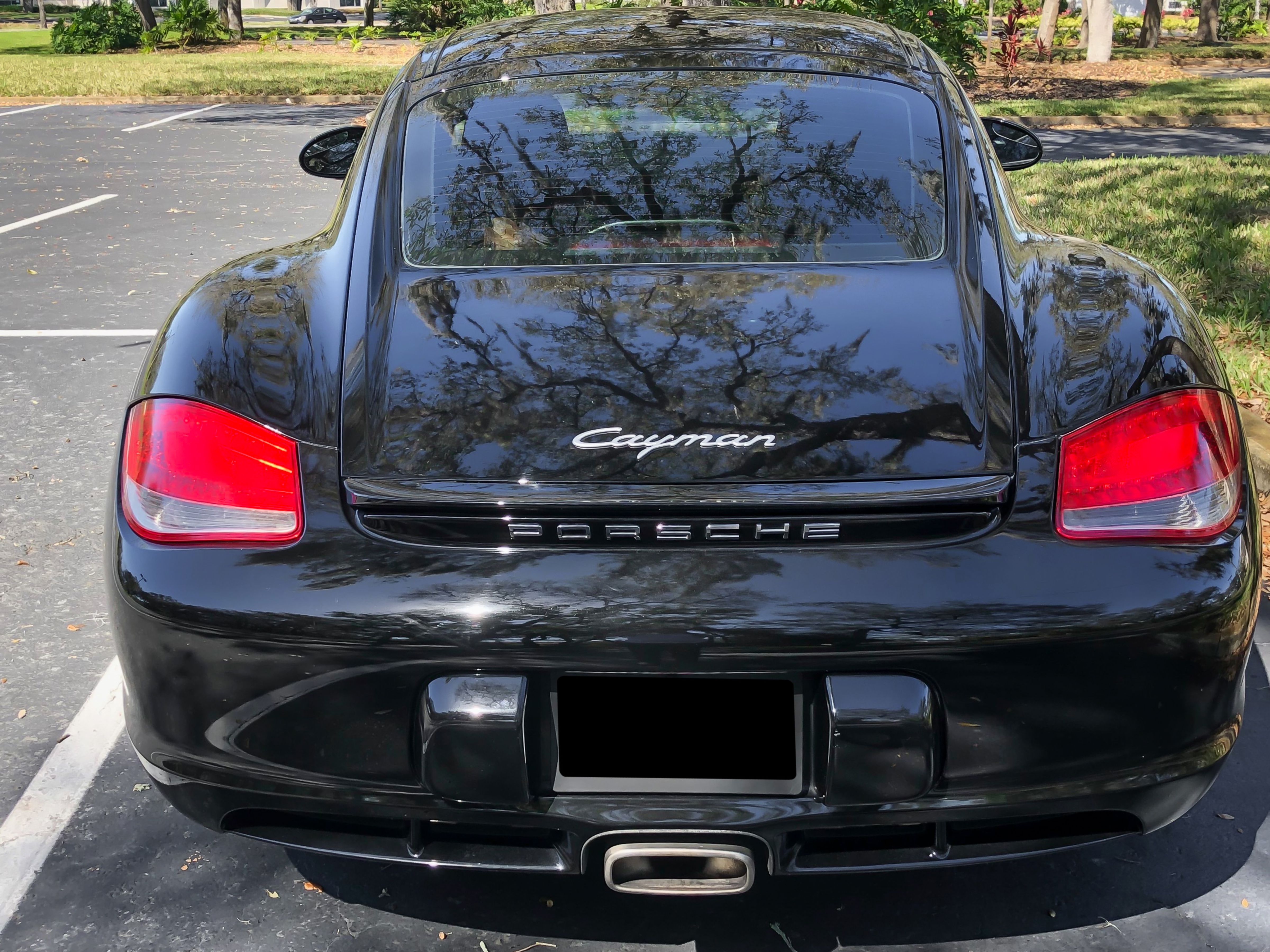 Updated for the second phase of development, this 2009 987.2 received a higher-displacement 2.9 L flat-six engine rated at 265 HP and 221 lb.-ft of torque.  Also new was the option for a lightning-quick 7-speed dual-clutch PDK transmission which sends power to the rear wheels allowing for a 0-60 time of approximately 5.4 seconds.  Following a mechanical issue in 2018, the seller had the entire transmission replaced at a cost of approximately $12k and a transferrable warranty is available to the next owner.  The brake pads and rotors were replaced in 2017 and a full 60k mile service is also reported to have been carried out at the due time.  Records are included from the current owner and this Cayman is said to be in excellent driving condition. 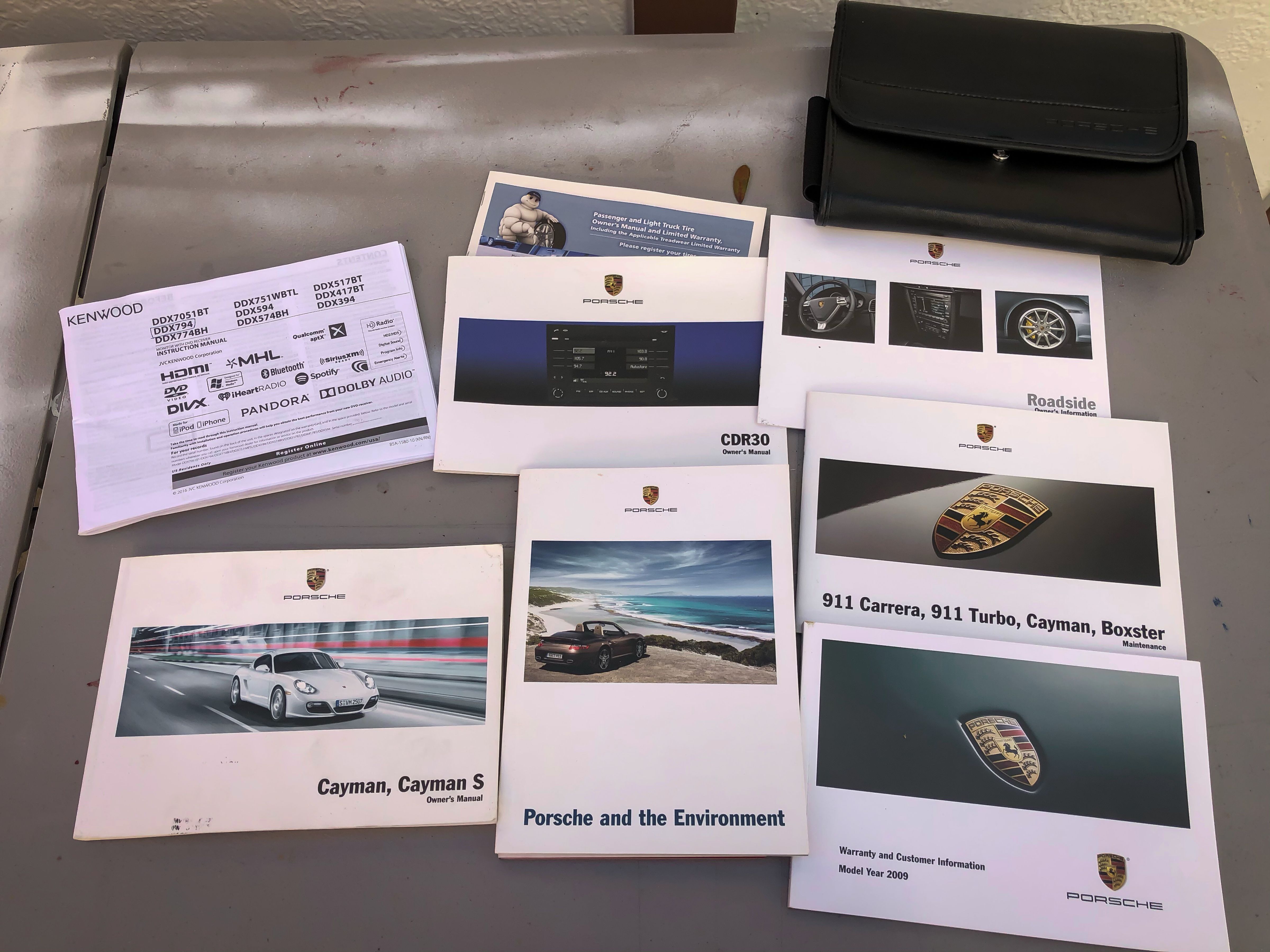 This sale will include a set of 2 keys, owner’s books, service records, the original PCM, a car cover, a front bra with mirror covers, and a clean title.  A favorite amongst avid driving enthusiasts, this exciting and agile 987.2 Cayman is ready to be enjoyed by its next owner.