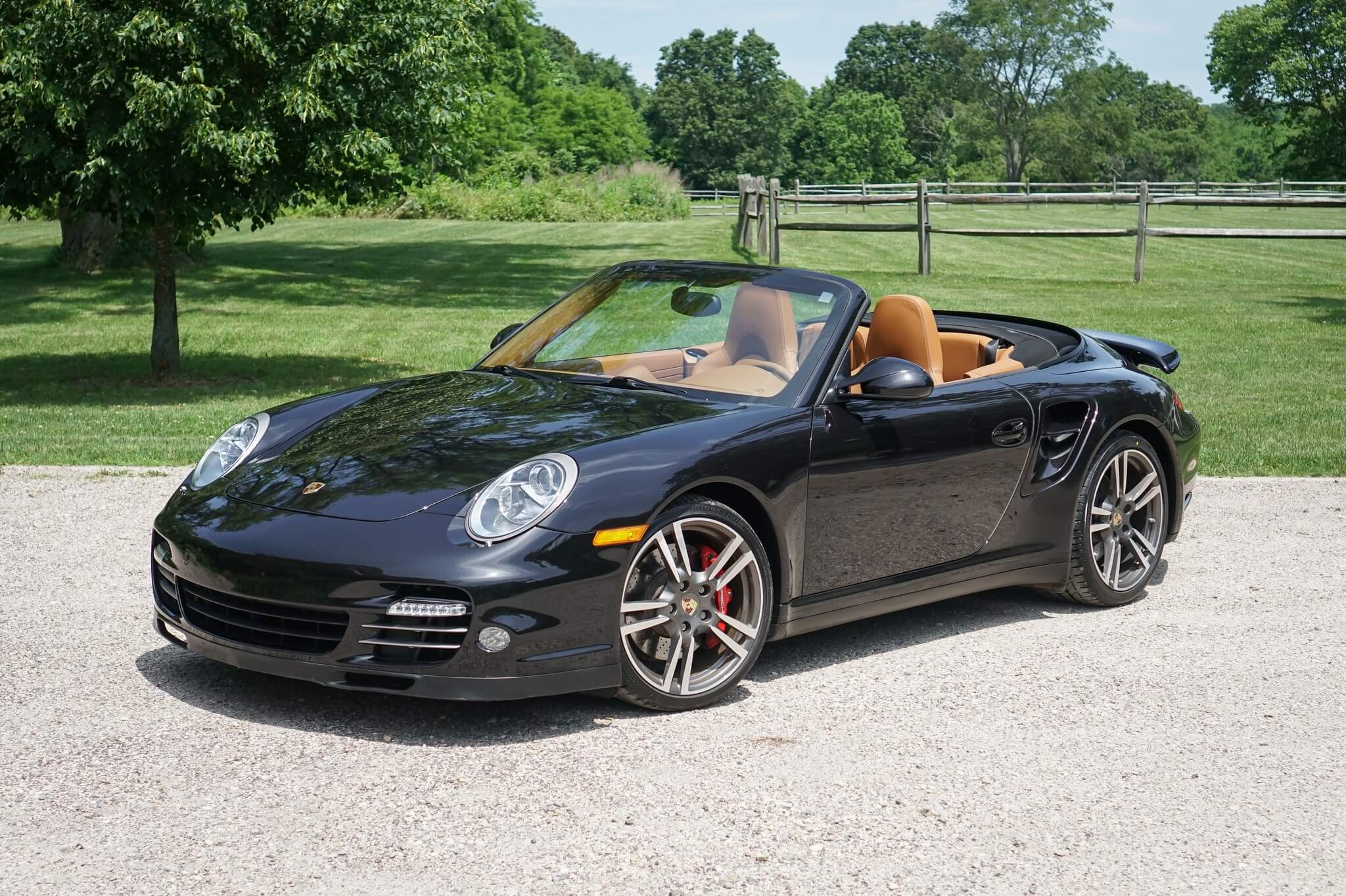 Available for auction is this 2010 Porsche 997.2 Turbo Cabriolet finished in Basalt Black Metallic over a premium Brown Natural Leather interior. One of the few second-generation 997 Turbo’s to have been equipped with a 6-speed manual transmission, this rare 2010 Cabriolet highlights an array of desirable factory options including Adaptive Sport Seats, a rear center console in leather, Porsche Torque Vectoring (PTV), and the Sport Chrono Package. Showing just under 27k miles on the odometer and accompanied by a clean one-owner CARFAX report, this highly sought after 997.2 Turbo is now being offered for auction by its seller out of New York. 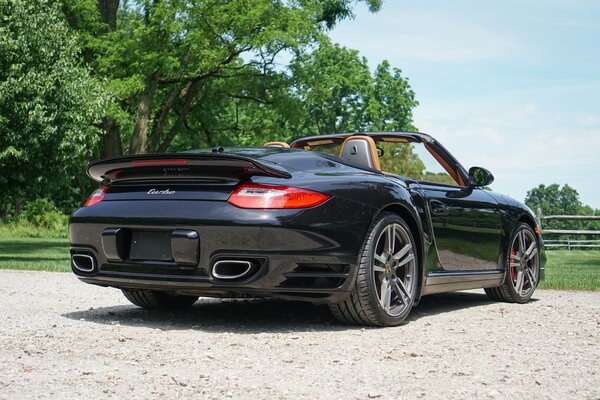 This Turbo is finished in Basalt Black Metallic with a matching black cabriolet top. Paint protection film has been applied over the front bumper, partial front end, and mirror covers.  Some wear is present on the lower front spoiler and cabriolet top as well as minor scuff marks behind the passenger side wheel, additional images are provided in the photo gallery along with paint meter readings and a clean CARFAX report. Details specific to the Turbo model include wide fenders with rear side air intakes, revised bumpers, and a speed-activated rear spoiler. This example rides on factory 19” Turbo II wheels with colored Porsche center crests.  These wheels have been dressed in a new set of Bridgestone Potenza S-04 tires in preparation for sale. 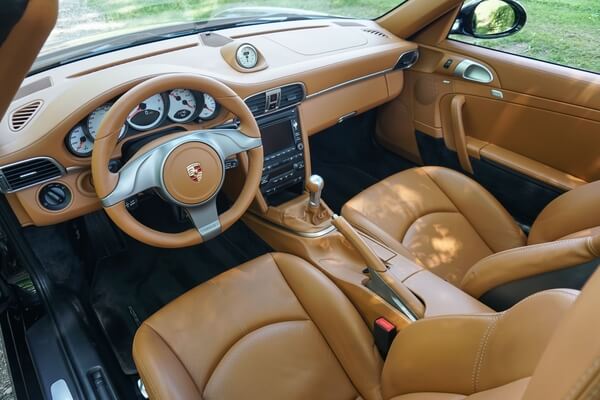 Inside, the driver is situated within a premium Brown Natural Leather interior highlighted by deviated carpeting and optional heated Adaptive Sport Seats.  The cabin features an Exclusive rear center console in leather as well as a heated steering wheel, Universal Audio Interface, XM Radio receiver, and Bluetooth interface for a mobile phone.  The optional Sport Chrono Package also adds a functional stopwatch to the center of the dashboard.  This Turbo commanded an original sticker price of over $157k and a detailed list of factory options is provided below: 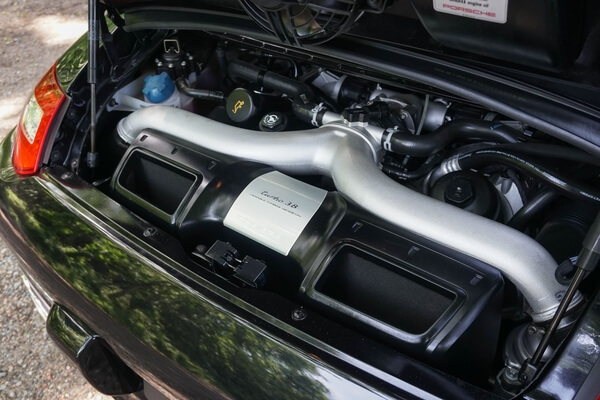 For the second iteration of the 997 Turbo model, a new twin-turbocharged flat-six engine was introduced with direct fuel injection and an increased displacement of 3.8L.  As much as 500 HP and 480 lb.-ft of torque are distributed among all four wheels through a rare 6-speed manual transmission, allowing this Cabriolet to launch from 0-60 MPH in as little as 3.3 seconds. The optional Porsche Torque Vectoring system (PTV) actively enhances vehicle dynamics and stability by mechanically regulating the rear limited-slip differential. The CARFAX report shows a consistent history of state inspections and a DME report is provided for reference in the photo gallery. 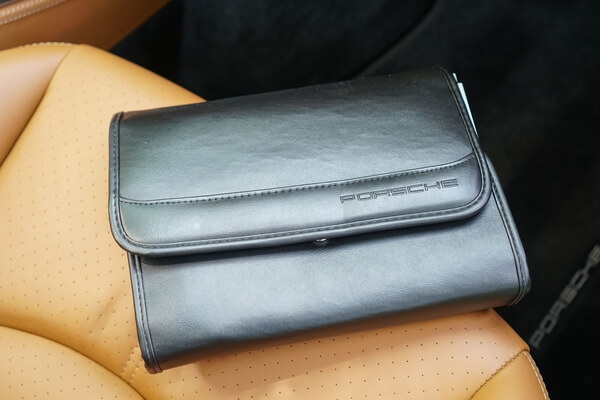 This sale will include original owner's manuals and a clean title. This rare 6-speed Turbo offers some of the most desirable specifications of the 997 generation.  With less than 27k miles traveled from new, this Cabriolet makes an excellent investment as well as a fine choice for any discerning driver.