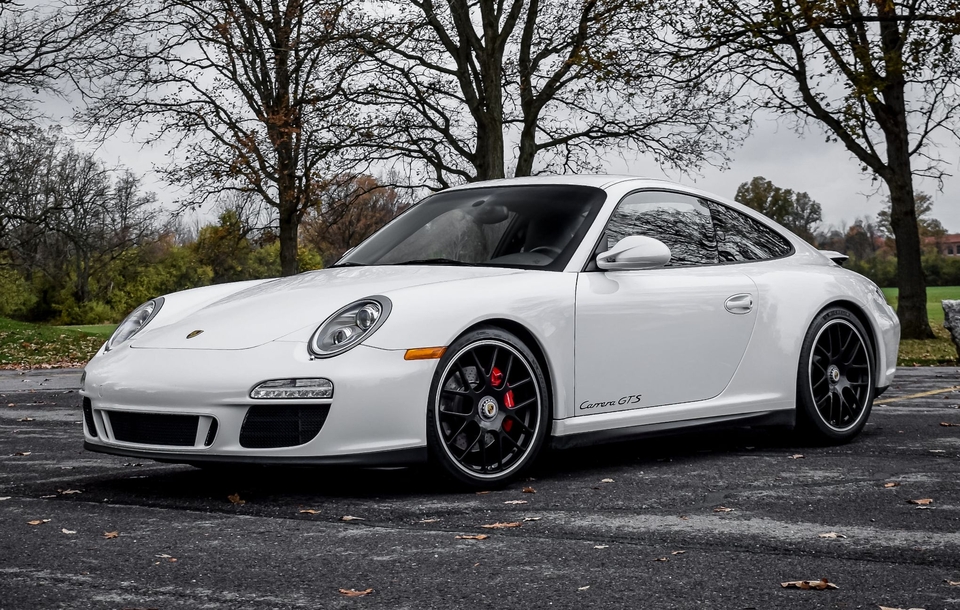 We are pleased to present this 2011 Porsche 997.2 Carrera GTS finished in Carrara White over a Black leather and Alcantara interior.  A favorite amongst Porsche enthusiasts, this 997.2 GTS shares the widened platform of the Carrera 4 and Turbo models with enhanced styling and premium features including center lock RS Spyder wheels, PASM active suspension and a Powerkit which brings the total output up to 408 HP.  Offered with a Porsche Certified Pre-Owned status, this 997.2 remains in exceptional overall condition with approximately 33k miles showing on the odometer and a complete history of service. 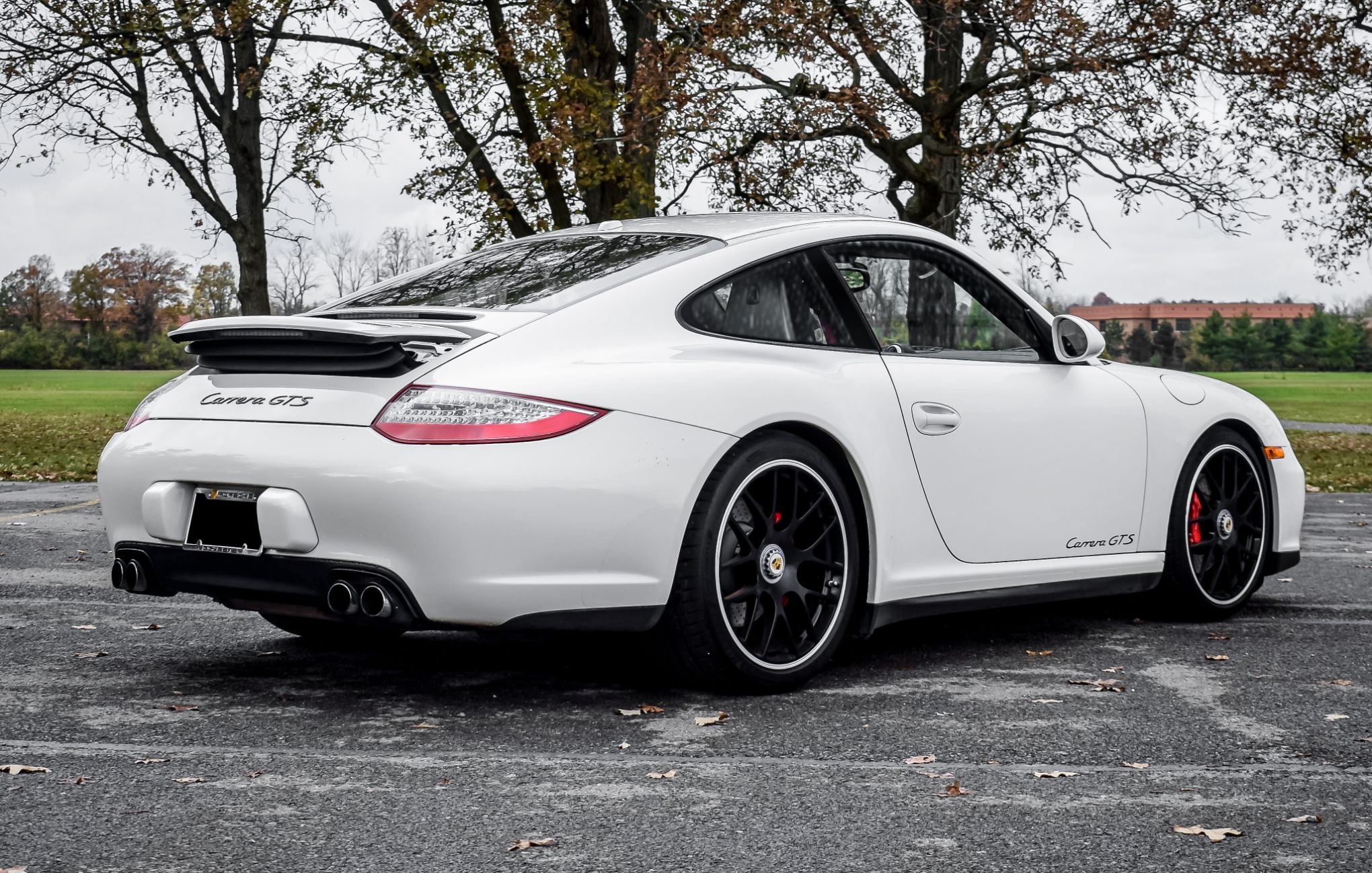 Finished in Carrara White, the paint on this GTS is said to be in excellent condition.  Carfax reveals some slight damage to the front end which the seller indicates to have been a ding on the left front fender with no damage to the paint.  The ding was repaired with paint-less dent removal before a fresh layer of clear protective film was applied over the front end (detailed images and paint meter readings are provided for reference).  This GTS features optional clear taillights and Bi-Xenon headlights as well as 19” center lock RS Spyder wheels which come dressed in Michelin Pilot Sport 4S tires dated from 2019. 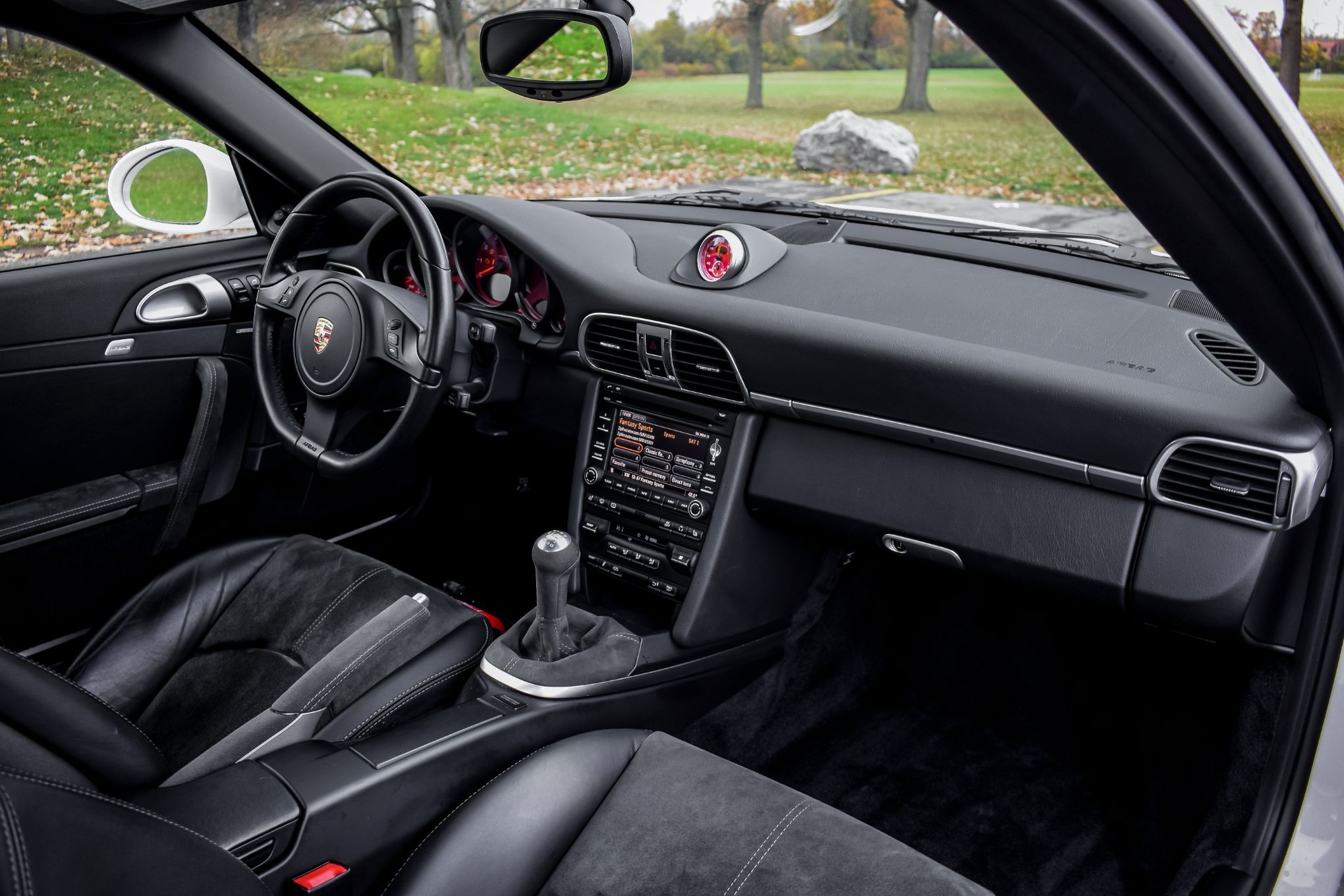 Inside, you will find a sporty Black leather and Alcantara interior with optional Guards Red seatbelts, Sport Chono stopwatch and instrument dials.  Other exclsuive features include Adaptive Sport Seats with Porsche crested headrests and a fire extinguisher.  Driver luxuries have also been optioned for this example including self-dimming mirrors, seat heating, PCM 3.0 with extended navigation, the Bose Surround Sound System with XM satellite radio receiver, driver’s seat memory and a 3-spoke multifunction steering wheel.  The cabin is reported to be superb condition and the seller has confirmed all accessories and electronics to be fully functional. 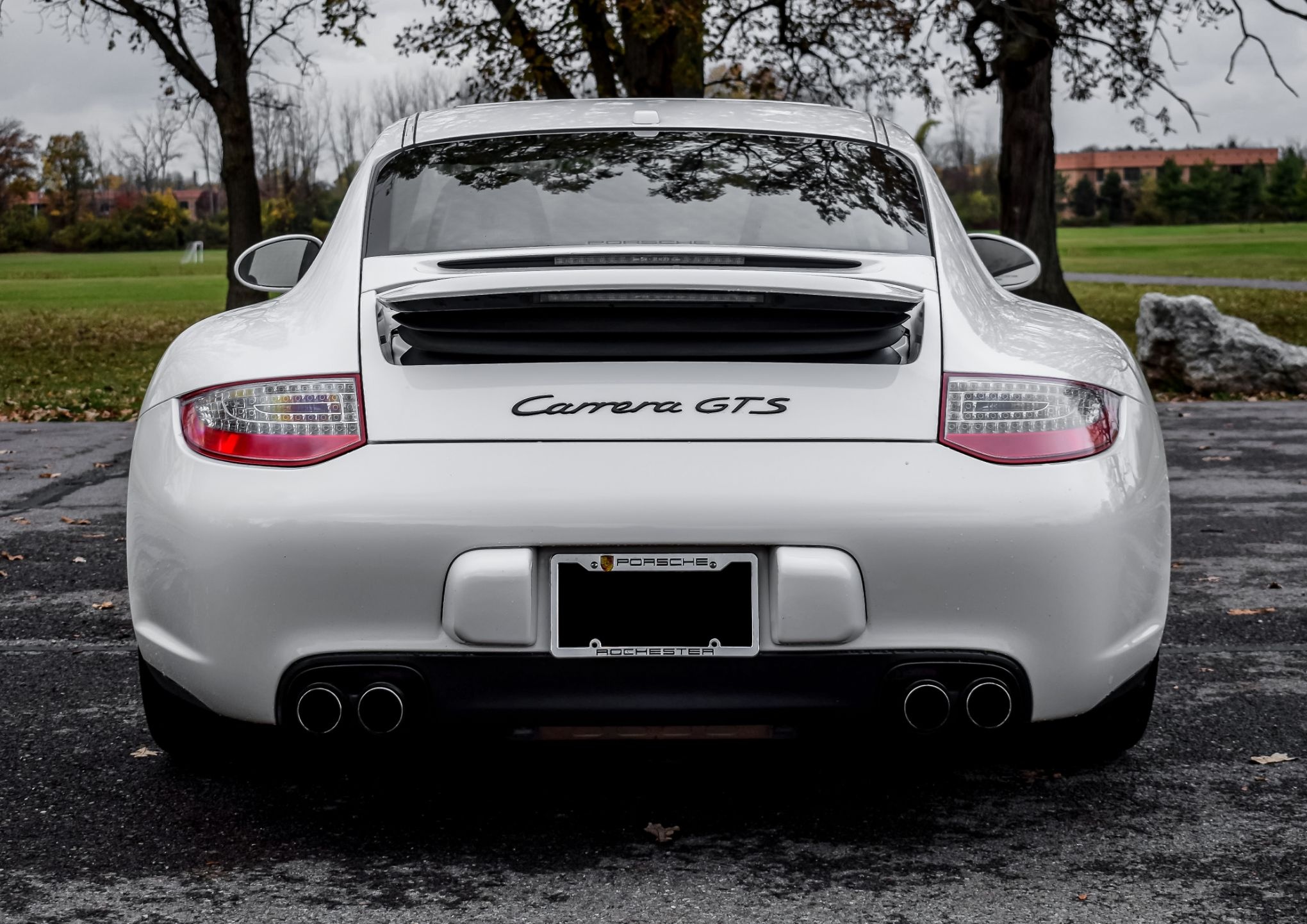 As Porsche’s top of the line Carrera model, this GTS is equipped with a 3.8 L flat-six engine enhanced by a factory Powerkit which provides for an impressive output of 408 HP.  The rear wheels are driven via 6-speed manual transmission allowing for a 0-60 time of as little as 4 seconds.  This GTS offers the widened stance of the Carrera 4 and Turbo models as well as Porsche Active Suspension Management (PASM) as standard.  The optional Sport Suspension package was also factory equipped which provides a stiffer and lower suspension setup as well as a limited slip differential.  This 997 has undergone all scheduled service at an authorized Porsche dealership and is ready to be enjoyed by its next owner. 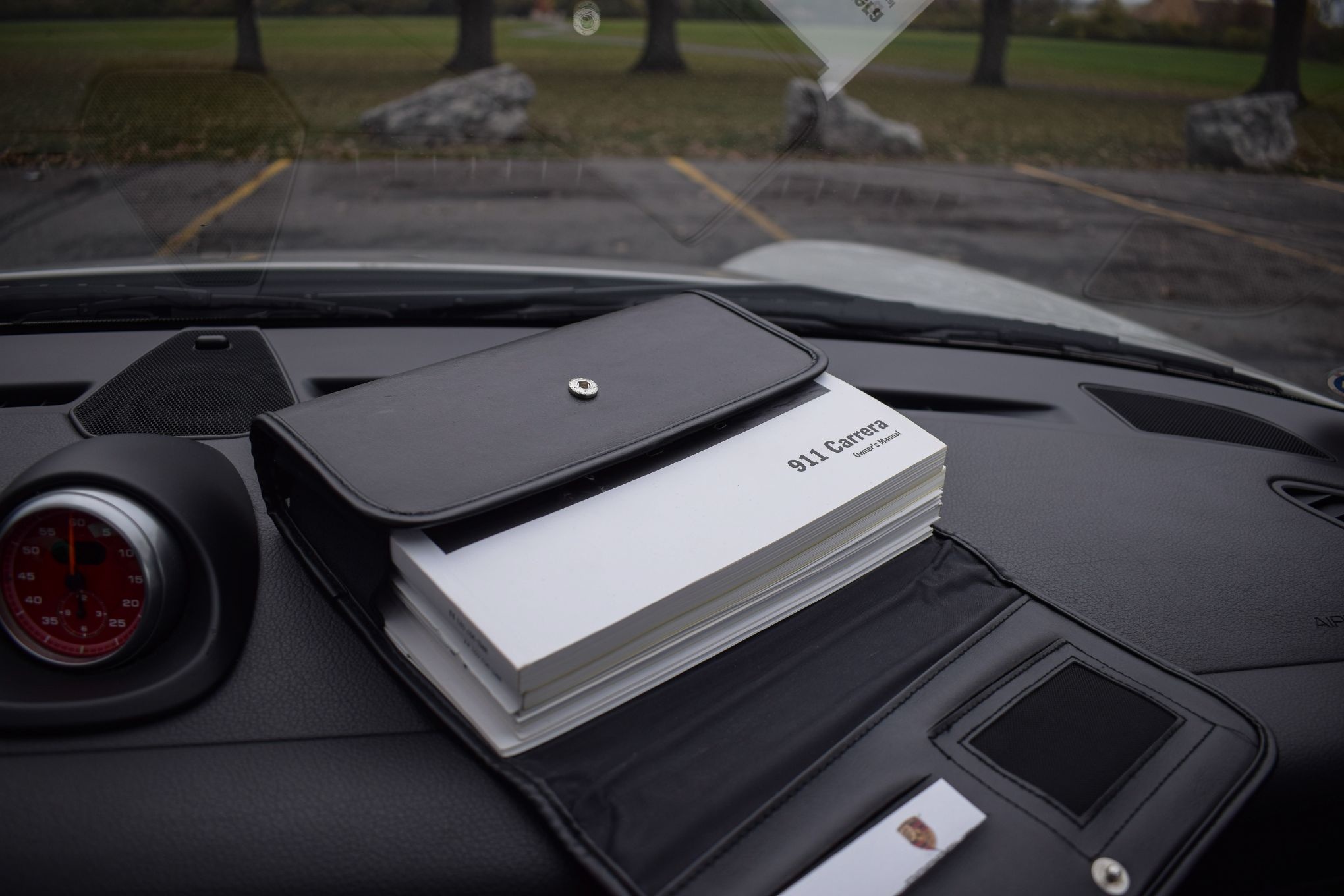 Included in this sale are a set of 2 keys, owner’s manuals, Porsche CPO documentation and a clean title.  Do not miss your chance to own one of the most desirable and celebrated 997 models on the road.