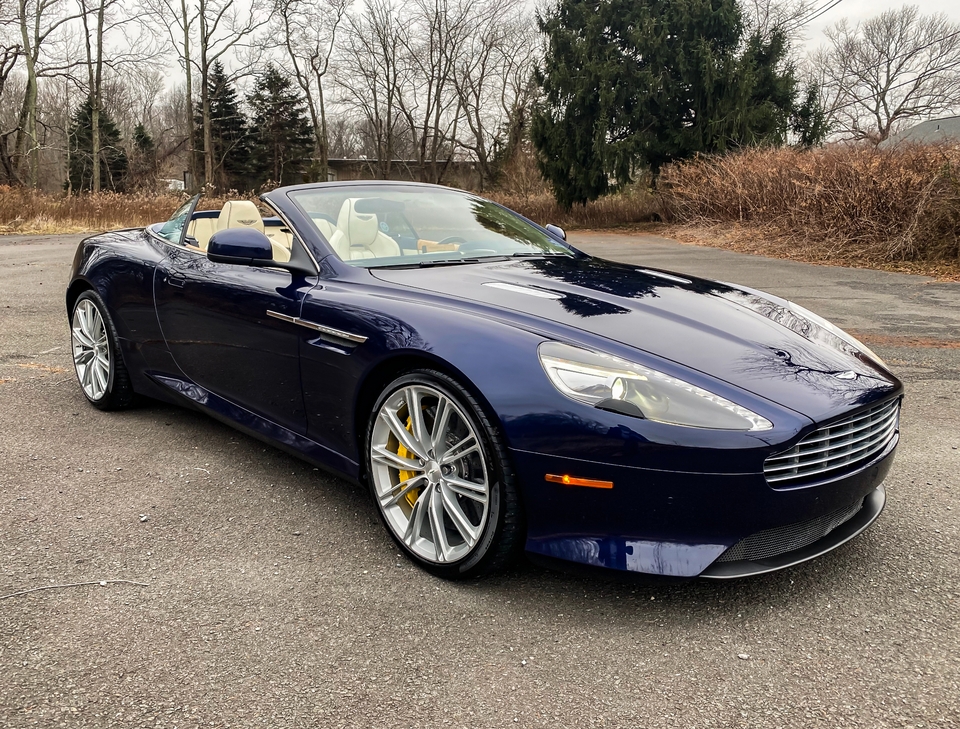 Up for auction is this 2012 Aston Martin Virage Volante finished in Midnight Blue over a Cream Truffle leather interior.  Built between 2011-2012, the second-generation Virage was intended to offer luxury and refinement comparable to the DB9 model, but with enhanced technology and performance closer to that of the DBS.  This 2-owner convertible Volante model features a naturally aspirated V12 engine and has traveled approximately 26k miles from new.  It is now being offered by its seller out of New Jersey accompanied by a set of 2 keys and a clean title. 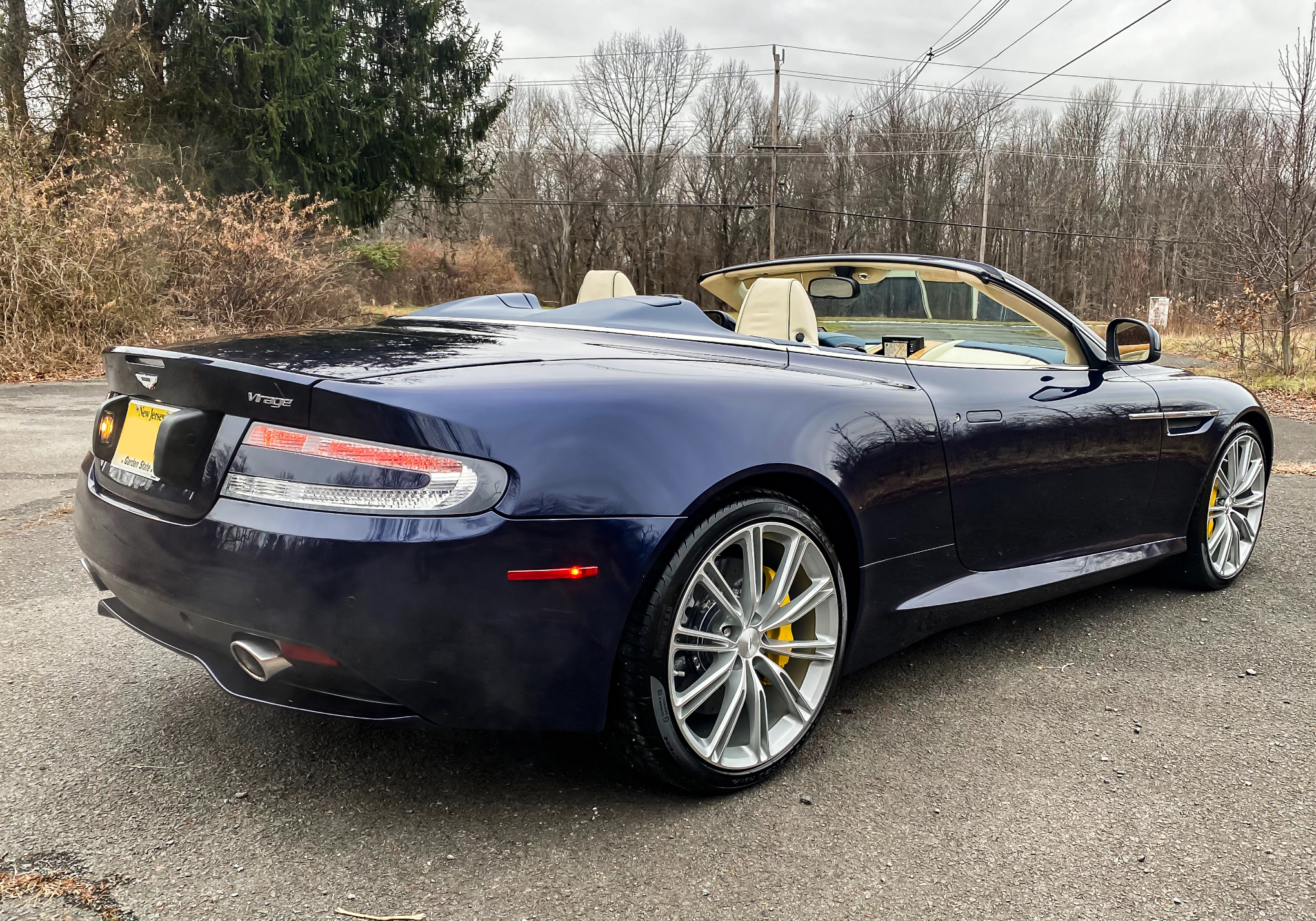 The Midnight Blue finish is said to be in good overall condition and CARFAX shows no history of damage (detailed images are provided in the photo gallery along with paint meter readings).  In traditional Aston Martin style, the Virage features a long front bonnet, a sleek fastback rear end, and iconic swan wing doors. This example highlights a dark blue cabriolet top, yellow brake calipers, and optional 20” 10-spoke wheels finished in silver.  The seller reports some minor blemishes on the wheels and approximately 85% tread remaining on the Pirelli P Zero tires. 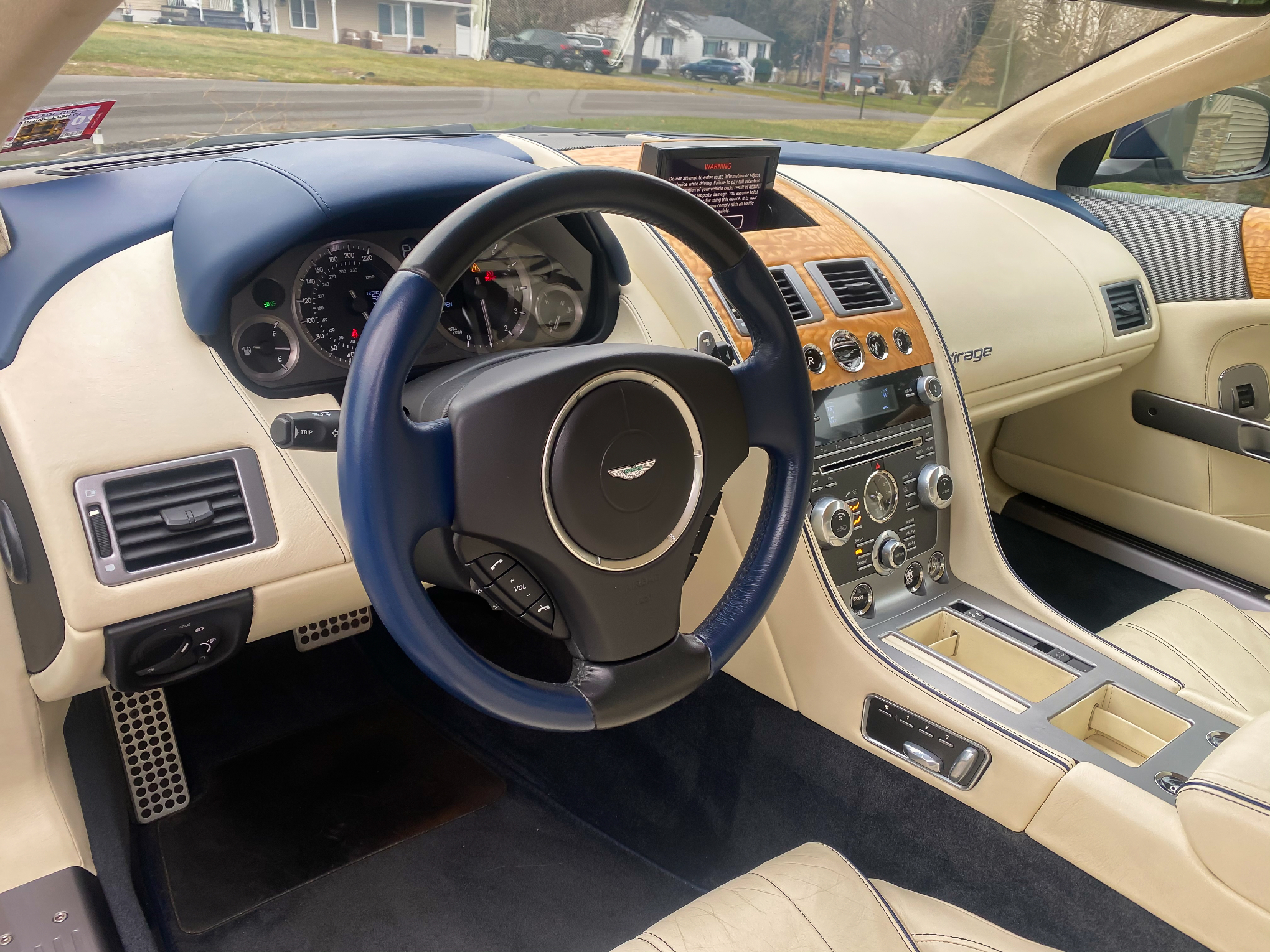 The cabin is tastefully appointed with Cream Truffle and blue leather as well as decorative Tamo Ash wood veneers.  Other details include blue contrast stitching and seat piping, aluminum pedals, silver trim, and Aston Martin logos embroidered on the front headrests and rear center console.  The driver’s seat exhibits some wear and slight discoloration, and the seller reports the interior to be in very nice condition otherwise. 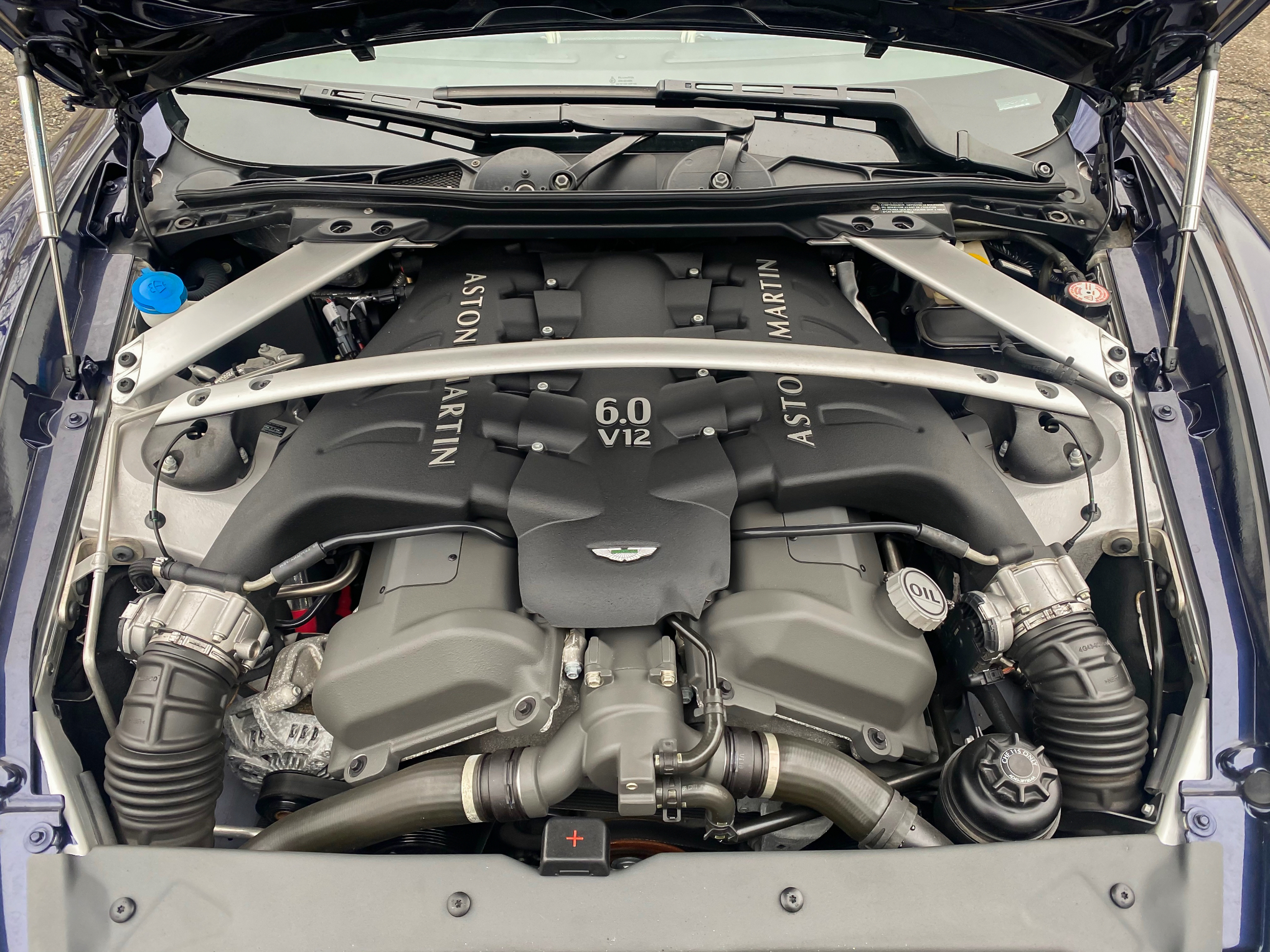 A naturally aspirated 5.9 L "6.0" AM11 V12 engine sends 490 HP and 420 lb.-ft of torque to the rear wheels through a 6-speed ZF Touchtronic II automatic transmission.  With paddle shifters located behind the steering wheel, the Virage is capable of accelerating from 0-60 MPH in as little as 4.5 seconds while reaching a top speed of over 180 MPH.  A service is said to have been performed under the previous ownership approximately 1 year ago and the seller indicates this Virage to be in great running order. 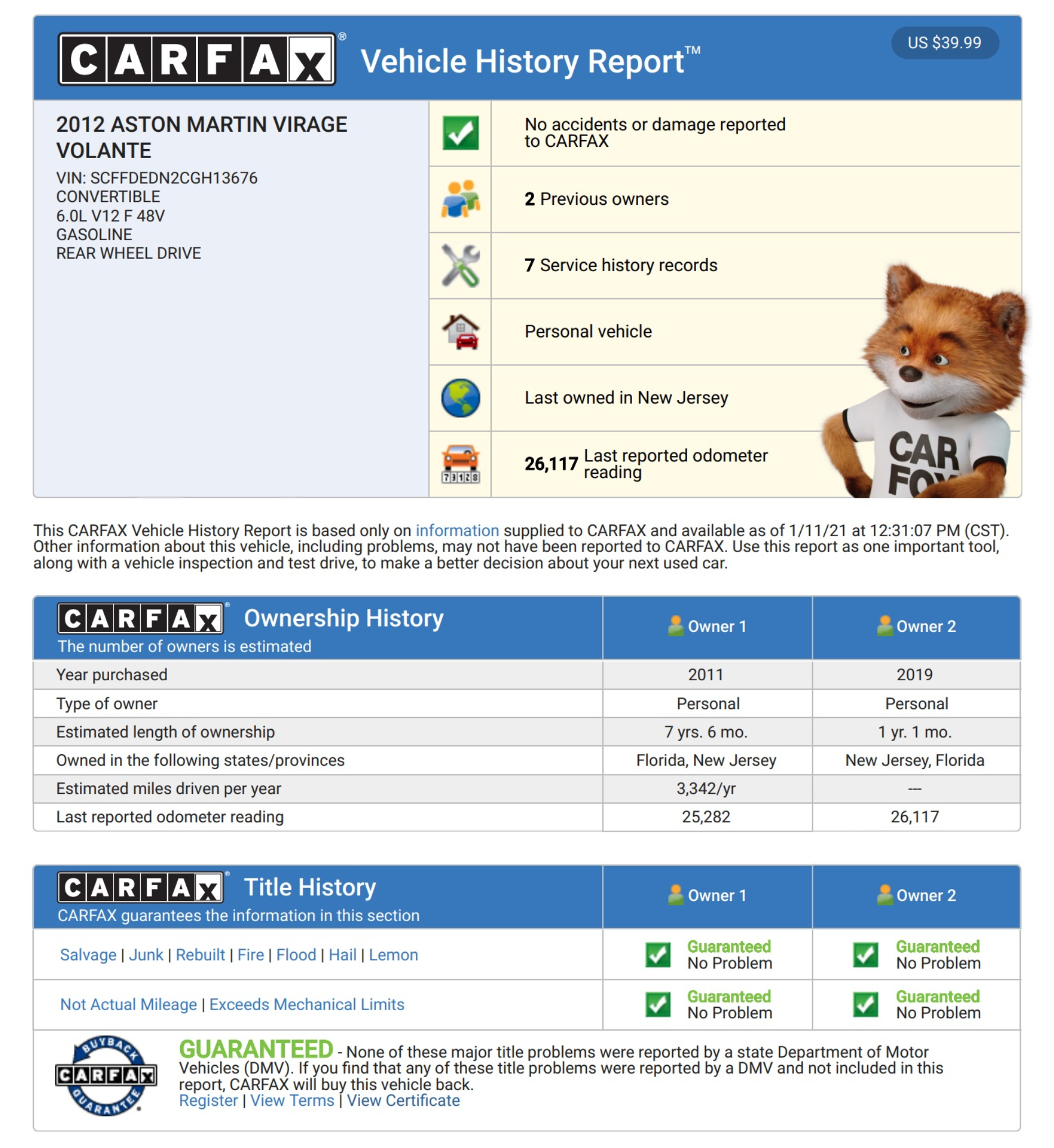 This sale will include a set of 2 keys and a clean title (lien).  This gorgeous Aston Martin grand tourer presents a fantastic value, do not miss out.