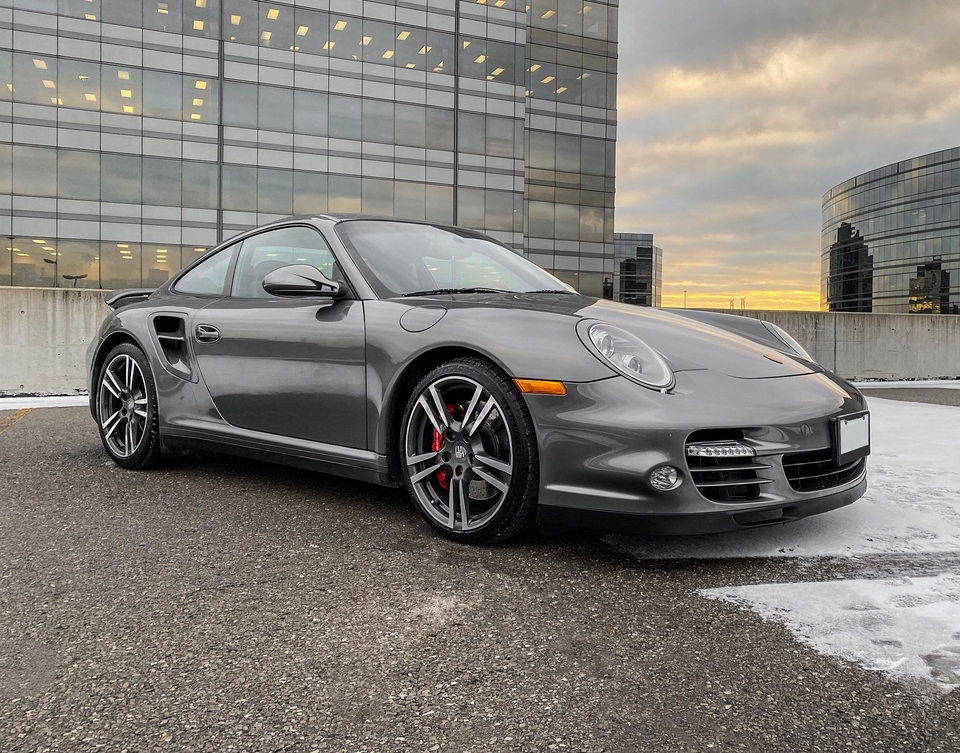 We are pleased to present one of the very few Porsche 997.2 Turbo coupe’s to have been factory equipped with a sought after 6-speed manual transmission.  Finished in Meteor Grey Metallic, this 2012 example features a black full leather interior with the Carbon Package, the Sport Chrono Package with Dynamic Engine Mounts, Adaptive leather Sport Seats with driver memory, and illuminated door sill guards in carbon fiber.  This rare 6-speed 997.2 Turbo is now being offered by its seller in Canada while showing approximately 39k kilometers (24k miles) on the odometer. 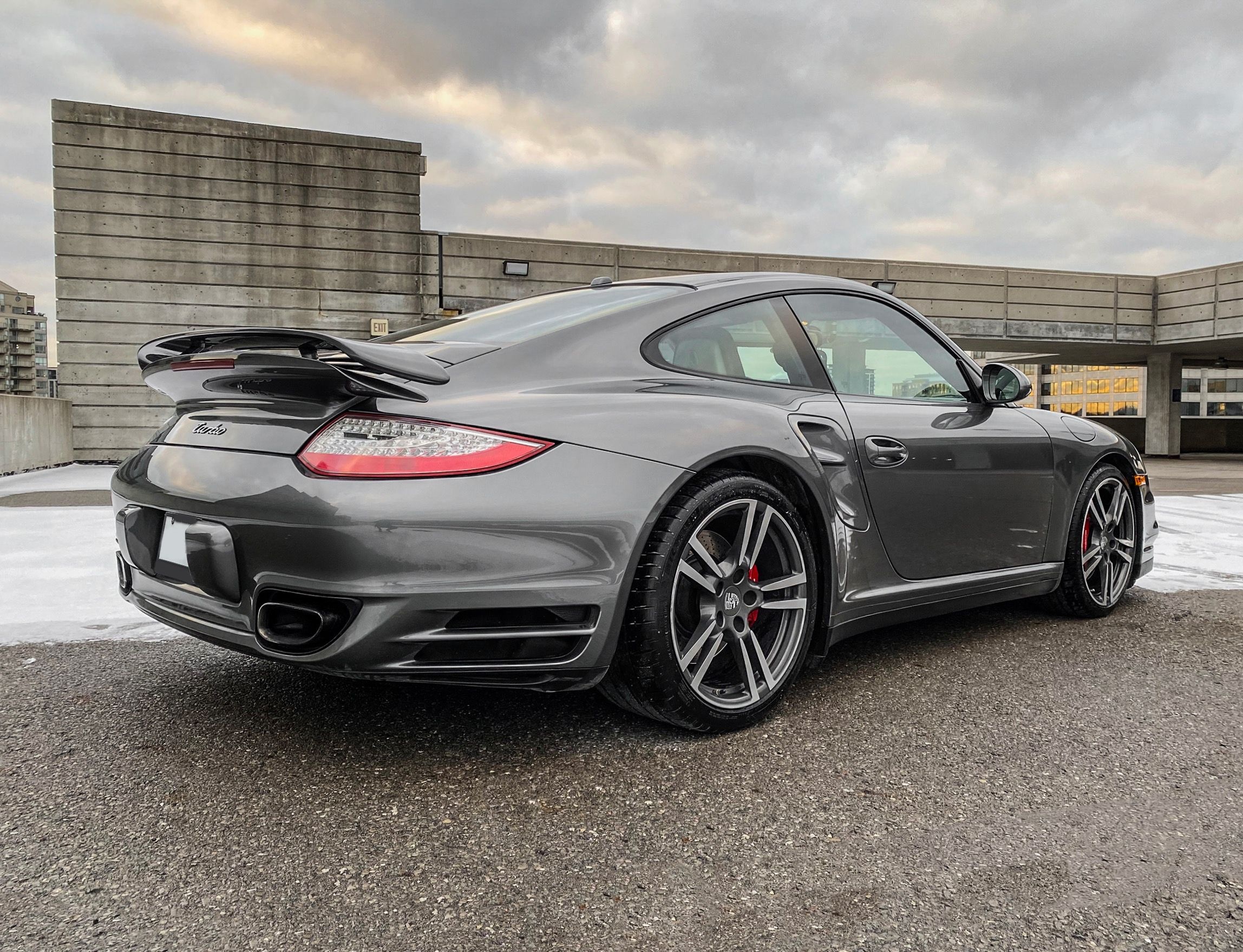 The Meteor Grey Metallic finish is said to be in excellent shape with clear paint protective film applied over the front fenders, hood, and bumper.  Carfax indicates some moderate damage to the front end which is said to have been purely cosmetic and fully repaired (detailed images are provided in the photo gallery).  Optional features on this example include clear glass taillights, dynamic cornering headlights, and 19 Turbo II wheels dressed in fairly new Michelin Pilot Sport tires. 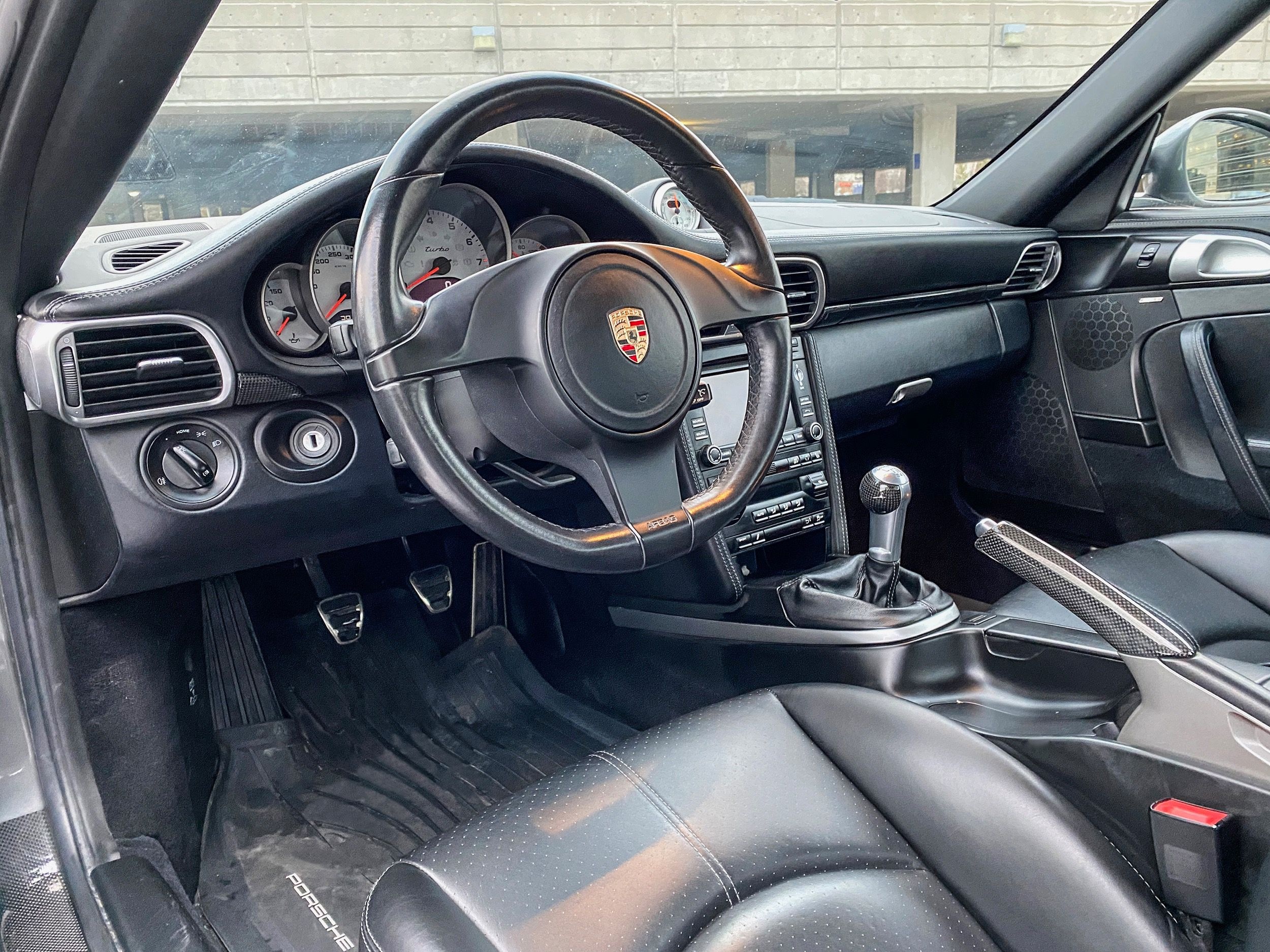 This Turbo is appointed with a black full leather interior featuring the Carbon Package and adaptive Sport Seats with driver memory.  Options specified on the original $169,680 (CAD) window sticker include: 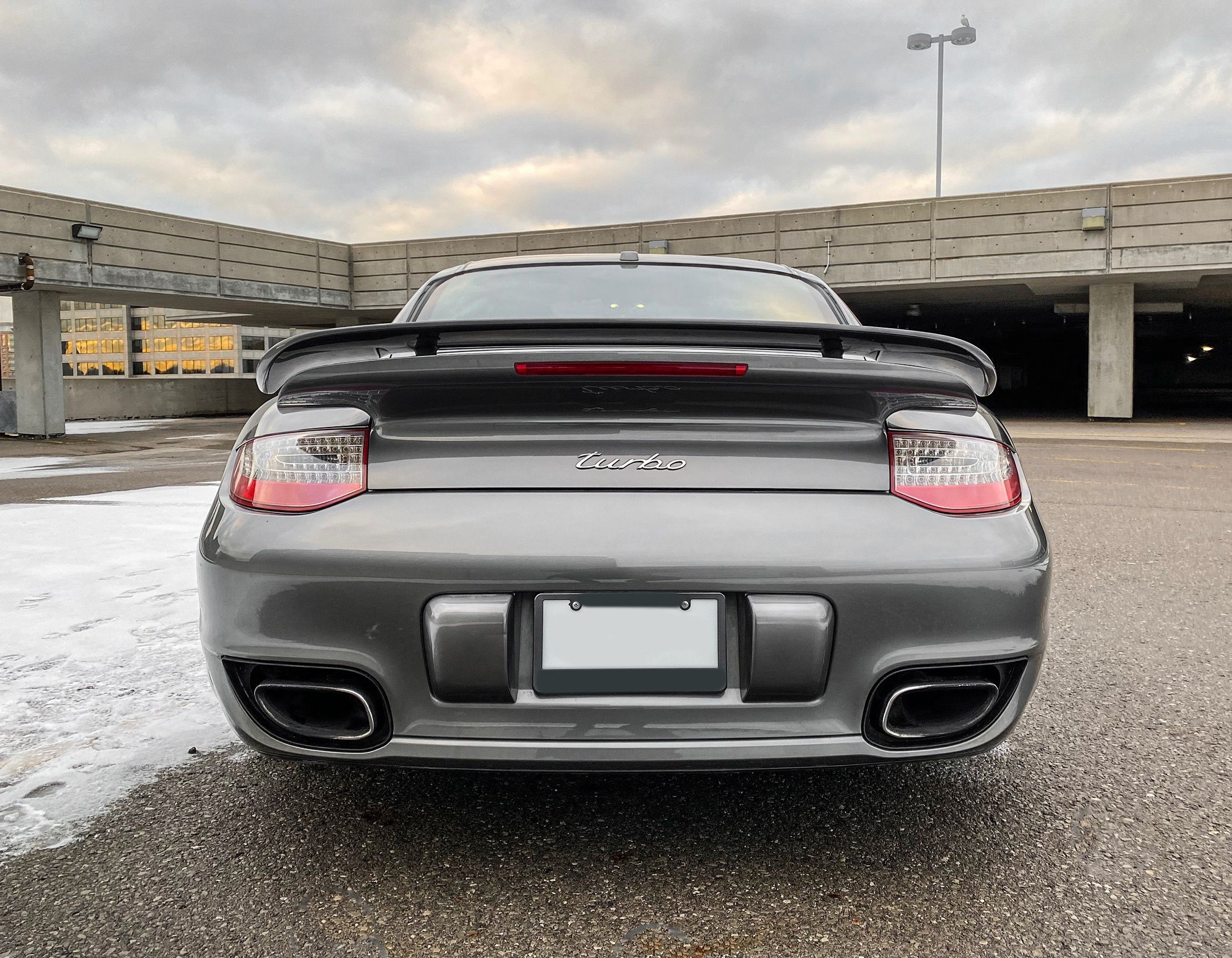 This second-generation 997 Turbo is equipped with a 3.8 L flat-six twin-turbocharged engine that sends 493 HP and 480 lb.-ft of torque to all four wheels by way of a highly sought after 6-speed manual transmission.  With the optional Sport Chrono Package Turbo, this 997.2 is capable of accelerating from 0-60 MPH in as little as 3 seconds while reaching a top speed of over 190 MPH.  Porsche Torque Vectoring (PTV) is also optioned which significantly increases agility and steering precision by enabling variable torque transmission to the rear wheels.  Some service history is provided on Carfax and the selling dealer indicates that records are available through a local Porsche dealership.  This Turbo is noted to be in fantastic driving condition, just waiting to be enjoyed by a new owner. 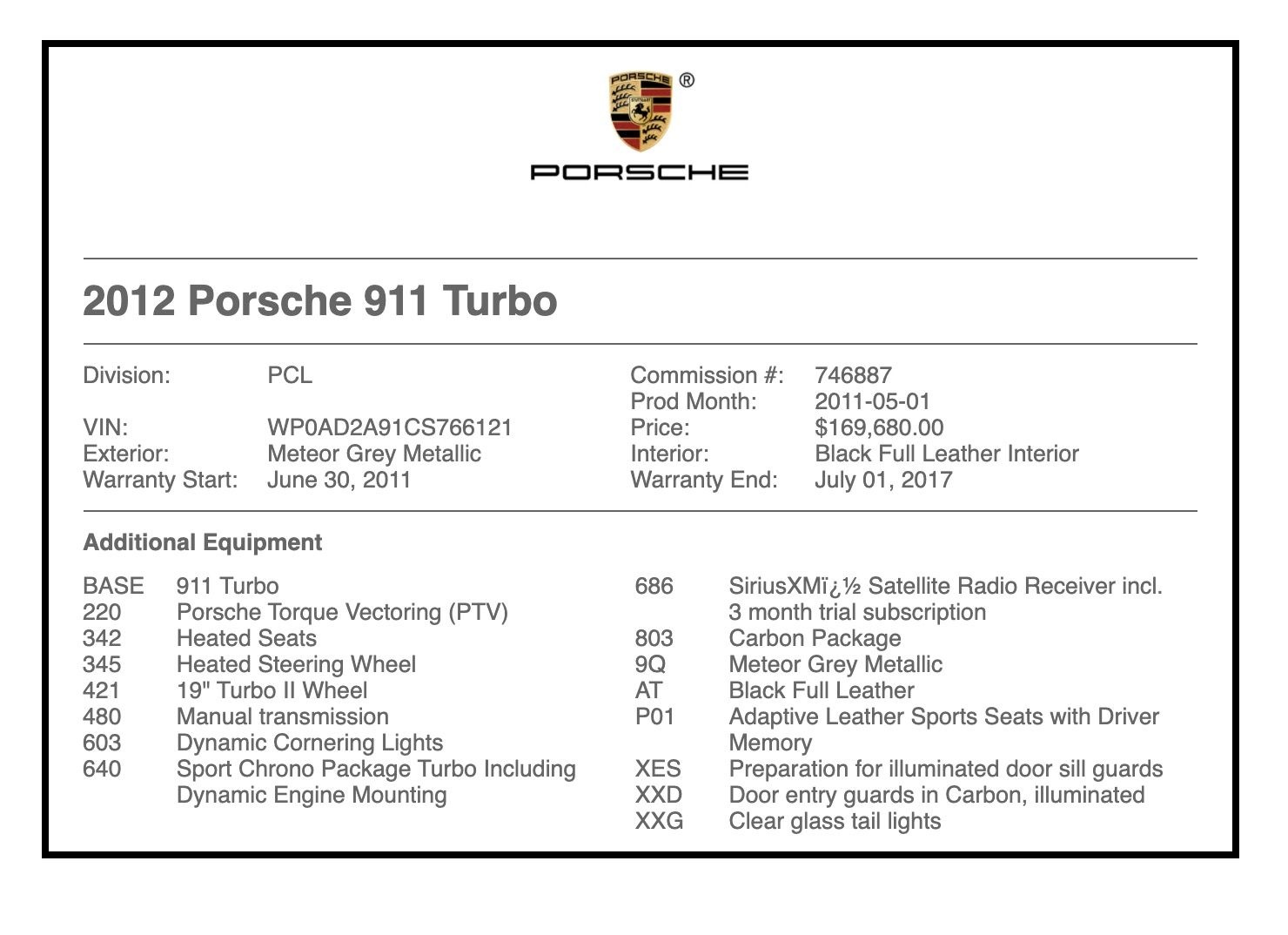 This sale will include a set of 2 keys and the original owner’s books.  Do not miss out on this rare opportunity to own a 997.2 Turbo with a 6-speed manual transmission.