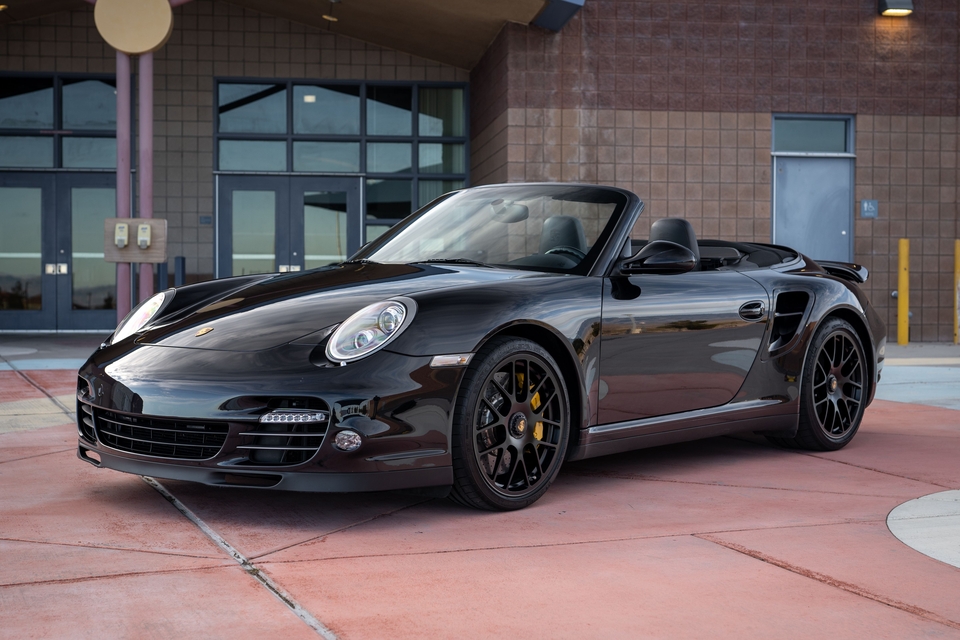 We are pleased to offer for this 2012 Porsche 997.2 Turbo S Cabriolet finished in Basalt Black Metallic over a black full leather interior.  Having represented the fastest road-going Porsche ever upon its debut, the Turbo S version of the 997.2 features standard PCCB ceramic composite brakes, the Sport Chrono Package, and a 3.8 L flat-six engine rated at 530 HP.  This 2012 Cabriolet version was configured at an original cost of over $179k with exclusive options including clear taillights, illuminated door entry guards, Porsche crested headrests, and a leather center console.  Highlighting an upgraded FVD Brombacher exhaust and a very recent comprehensive service, this stunning Turbo S Cabriolet is now being offered for auction by its seller in Nevada with only 26k miles showing on the odometer. 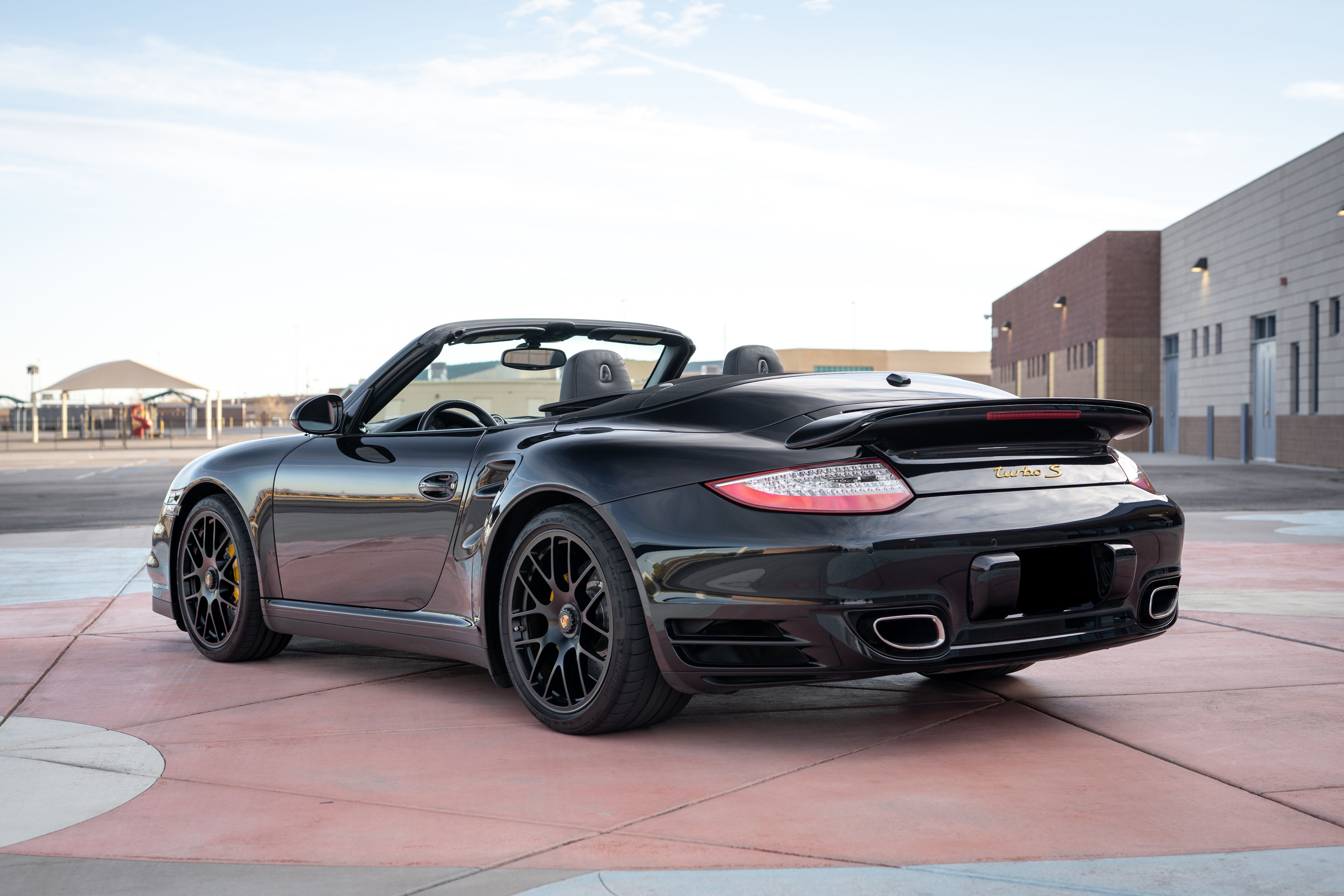 Reported to have always been garage-kept and covered by the current owner, the Basalt Black Metallic finish is said to be in exceptional overall condition with clear paint protection film applied over the entire front end, A-pillars, mirror covers, and rear fender flares.  Detailed images are provided in the photo gallery along with a clean CARFAX.  Some noteworthy factory features include clear taillights, a black Cabriolet top, and yellow PCCB brake calipers situated behind factory 20” RS Spyder center-lock wheels in a custom black powder coat finish.  A custom yellow rear model designation has also been added and the Michelin Pilot Sport tires are reported to be in excellent shape with less than 5k miles of use. 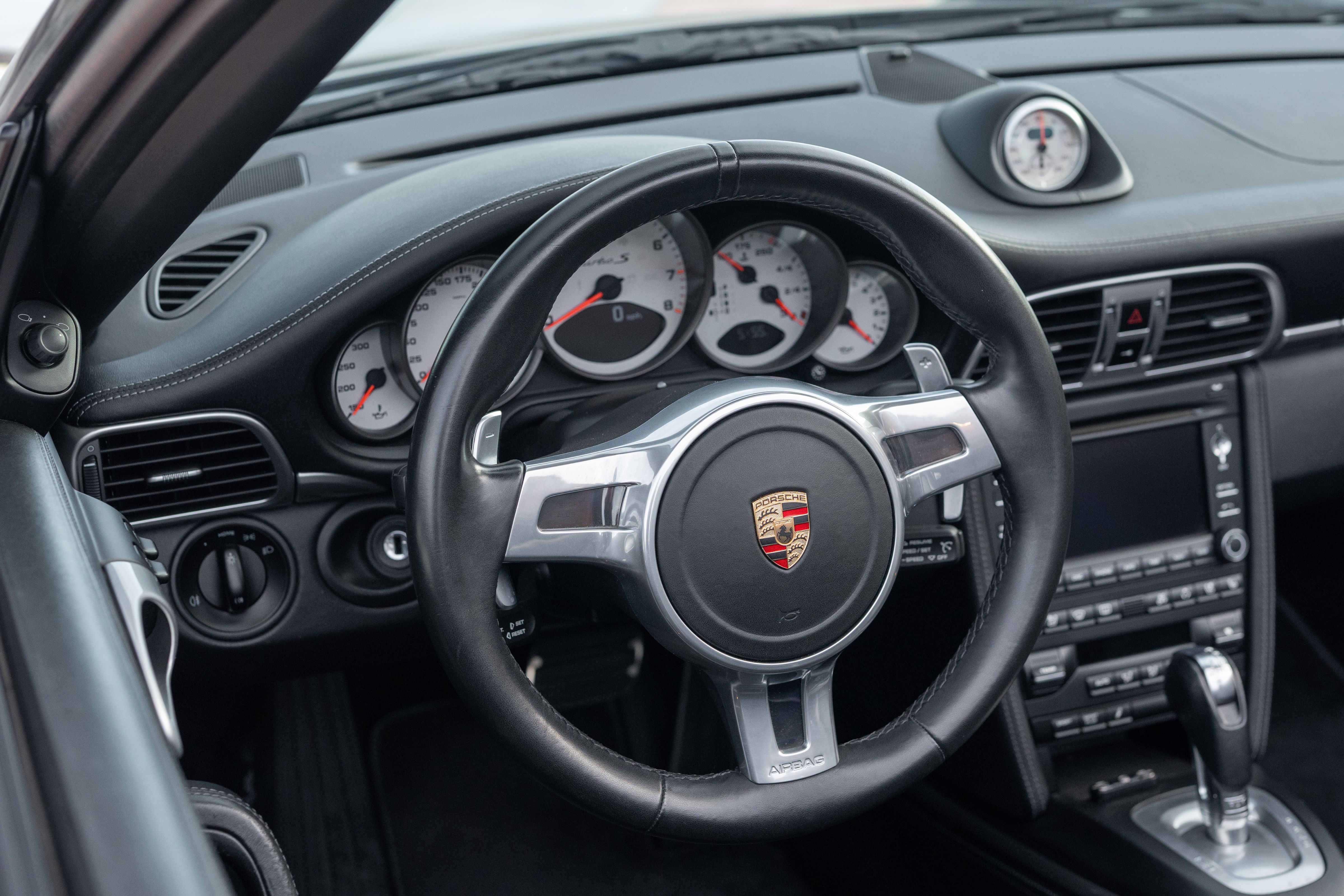 Inside, the black full leather interior is said to remain in very nice condition while showcasing exclusive details including Porsche crested headrests, a center console in leather, a center armrest with an embossed model logo, and illuminated door entry guards in stainless steel.  Driver amenities also include 12-way power seats, front seat heating and ventilation, a SiriusXM satellite radio tuner, and the ParkAssist System (rear).  An integrated Passport radar detector system has been added and the cabriolet top mechanism and interior alarm motion sensor were recently replaced under the seller’s third-party extended warranty. 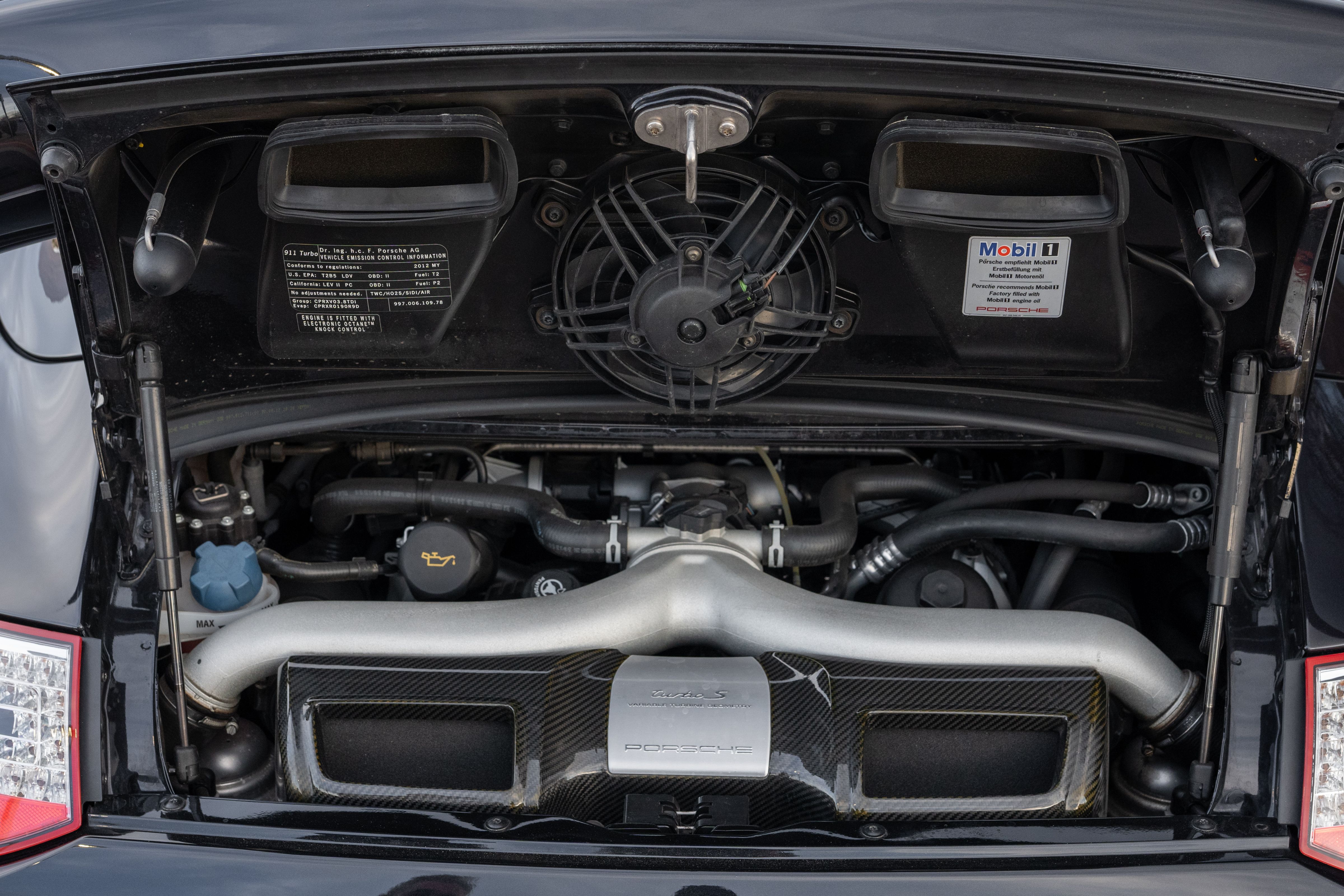 Further capitalizing on the new 3.8 L twin-turbocharged engine debuted for the 997.2 Turbo, the Turbo S version offers special tuning to achieve an output of 530 HP and 516 lb.-ft of torque stock.  This power is distributed among all four wheels through a 7-speed dual-clutch PDK transmission allowing for a blistering 0-60 time of 3.2 seconds and a top speed of nearly 200 MPH.  A high-quality FVD Brombacher exhaust system has been installed which offers an increase in power as well as quiet and loud settings through an automatic valve system. The Turbo S also comes standard with PCCB ceramic composite brakes and the Sport Chrono Package.  All scheduled maintenance has been kept up to date by the current owner including a preemptive 30k mile service which was carried out very recently at Trophy Performance in Las Vegas.  There have been 0 miles driven since the service as the car was trailered to and from the shop.  This Turbo S is reported to drive like new and all service records are said to be included from the current ownership. 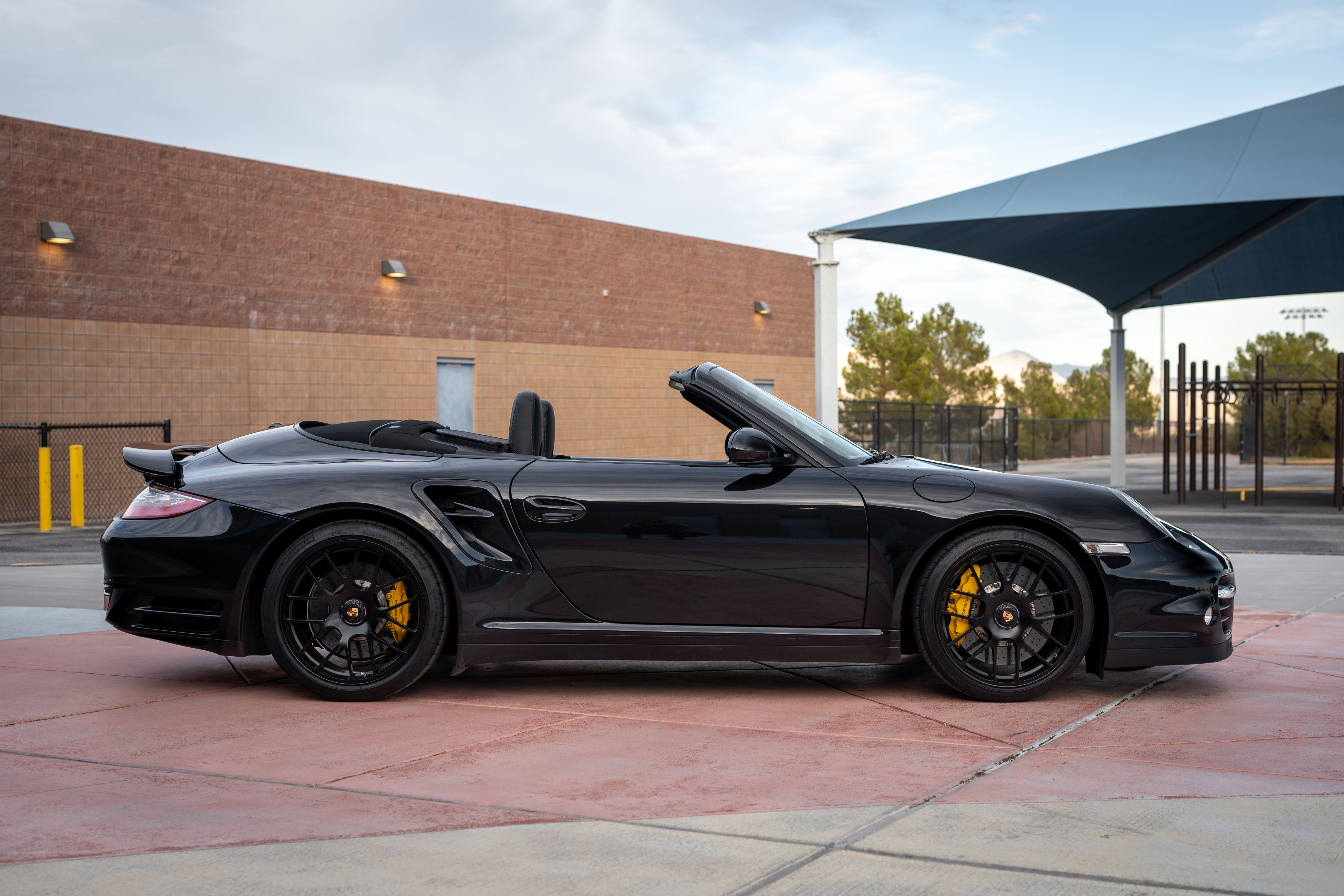 This sale will include a clean title (lien).  Now is your chance to own a fine example of one of Porsche’s most powerful and desirable 911 models, do not miss out.