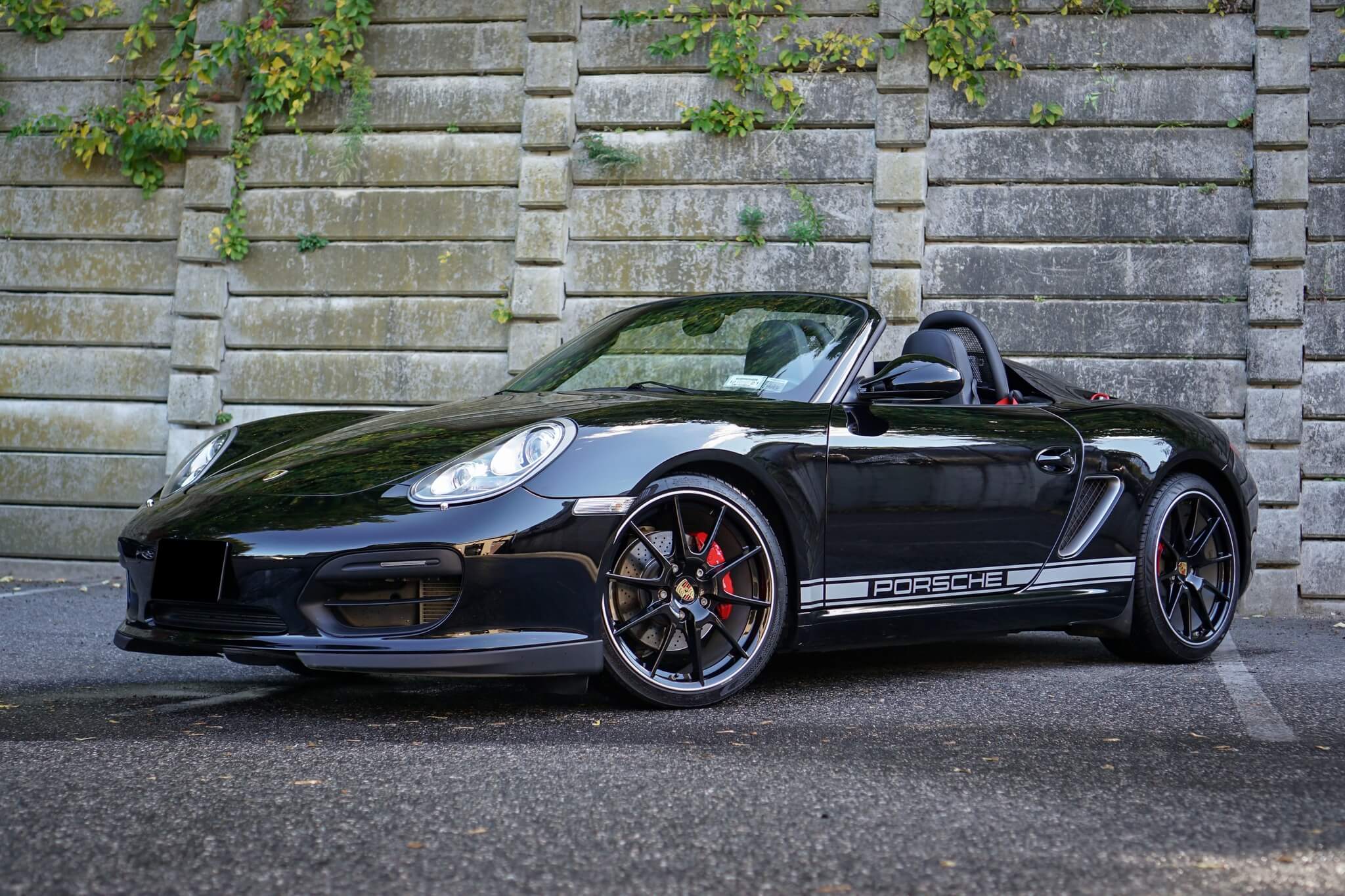 Now up for auction is this 2012 Porsche 987.2 Boxster Spyder finished in Black over a black interior.  Based on the 987.2 Boxster, the Spyder was unveiled at the 2009 Los Angeles Motor Show as the lightest model in Porsche’s lineup.  Following a longstanding tradition of lightweight open-top roadsters, the Boxster Spyder features a minimalist driver-focused cockpit, aluminum panels, an uprated engine, and lightweight 19” wheels.  This 2012 example was optioned with a 6-speed manual transmission, Sound Package Plus, the Sport Chrono Package, color-matched wheels, and leather Sport Seats with painted backrests.  Acquired by the current owner from PCARMARKET in December of 2019, this Spyder has been carefully looked after ever since while competing in local PCA concours events where it earned two best in class awards.  Showing approximately 21k miles on the odometer, this rare 987.2 Boxster Spyder is now being offered for auction by its owner out of New York. 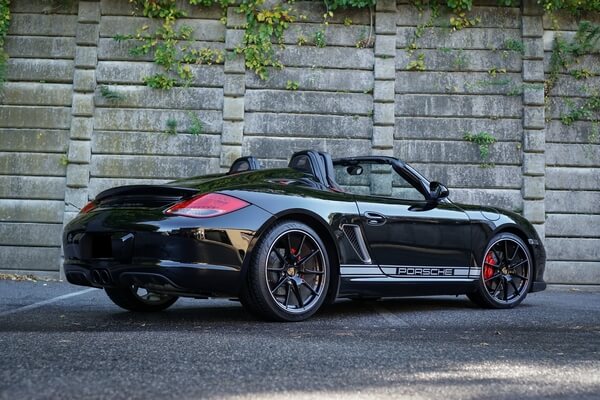 Finished in Black, this Spyder features silver Porsche side graphics, silver-trimmed air intakes, and an aluminum rear deck panel with signature double-hump fairings.  The manually operated black convertible top helps to save weight along with the aluminum door panels.  The CARFAX report shows the vehicle to have been involved in an accident in 2016, and an inspection carried out several months later found repairs made to the rear bumper.  Detailed images are provided in the gallery along with paint meter readings and a full CARFAX report.  Optional details include a black-painted roll bar and black-painted 19” Boxster Spyder wheels which are currently dressed in Nankang Noble Sport tires. 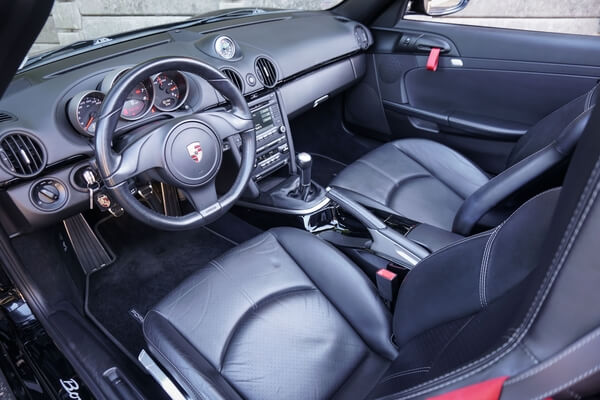 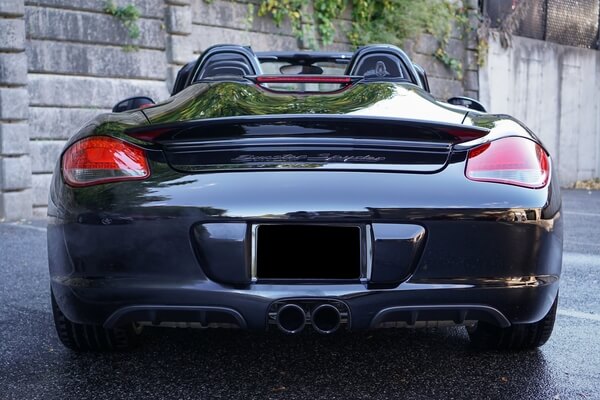 This Spyder is equipped with a mid-mounted 3.4L flat-six rated at 320 HP and 273 lb.-ft of torque.  This naturally aspirated engine was factory tuned to provide a 10 HP increase over the standard Boxster S.  The rear wheels are driven by way of a 6-speed manual transmission, allowing the Spyder to accelerate from 0-60 MPH in approximately 4 seconds.  In addition to its weight savings, the Boxster Spyder was also tuned with a lower and firmer suspension for improved handling.  The car has been serviced exclusively through Porsche of Huntington under the current ownership and a DME report is provided for reference in the photo gallery along with images of the undercarriage. 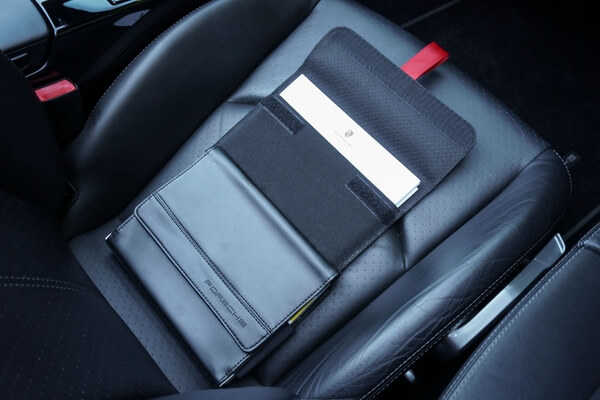 This sale will include a set of keys, owner's manuals, and a clean title. Regarded as one of the greatest driving modern Porsches, this 6-speed Boxster Spyder remains beautifully presented and is just waiting to be enjoyed by a new owner.