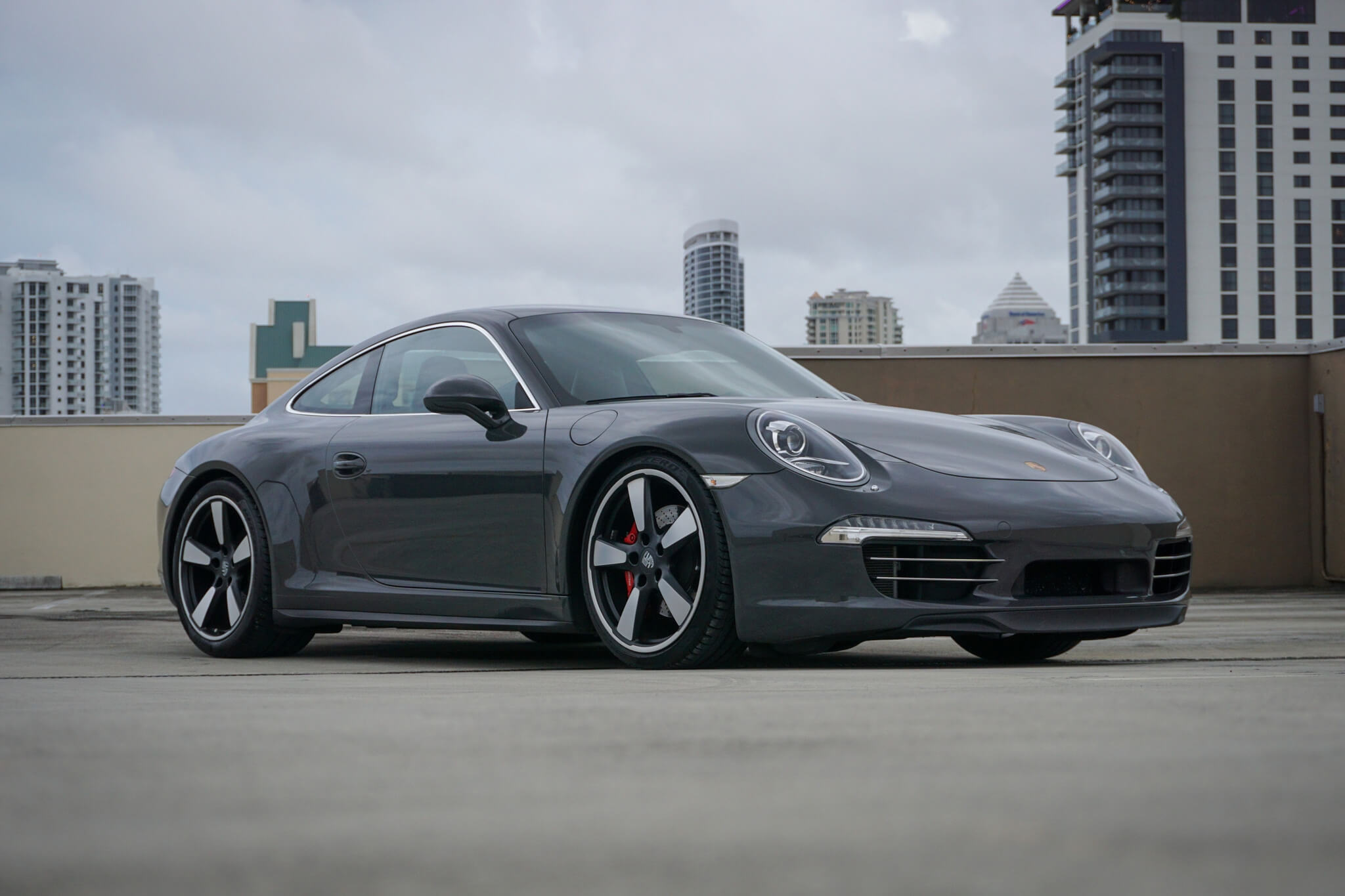 We are pleased to offer this 2014 Porsche 911 50th Anniversary Edition finished in Graphite Grey.  To commemorate 50 years of the Porsche 911, a limited series of 1,963 specially appointed 50thAnniversary Editions were launched at the 2013 Frankfurt Motor Show for the 2014 model year.  Offered in exclusive paint colors along with a nostalgic Classic Interior featuring Pepita houndstooth seat centers, these individually-numbered models also came factory equipped with the X51 Exclusive Power Kit, wide fenders, 20” Fuchs inspired wheels, chrome exterior trim, vintage-style instrumentation, and special badging.  This particular example, #705, came optioned without a sunroof and equipped with a desirable 7-speed manual transmission along with Porsche Dynamic Chassis Control (PDCC) including PASM Sport Suspension. Cared for by three prior owners and maintained exclusively through authorized Porsche dealers, this rare 911 50th Anniversary Edition is now being offered for auction by its seller out of Florida showing approximately 21k miles on the odometer. 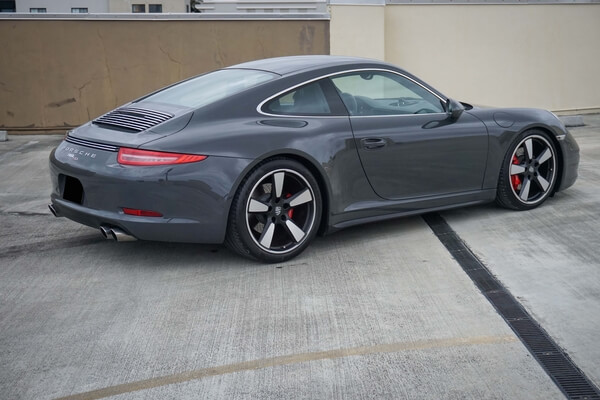 Sporting wide bodywork normally reserved for the Carrera 4S and GTS models, this 911 comes finished in Graphite Grey, one of two unique shades offered exclusively on the 50th Anniversary Edition.  Other special details include chrome trim, commemorative badging, SportDesign mirrors, 10mm lowered suspension, and 20” Sport Classic wheels inspired by Porsche’s iconic 5-spoke Fuchs design.  This example is described to have been very well preserved with a layer of clear paint protection film applied over the forward half of the front end, detailed images are provided in the gallery along with a clean CARFAX report.  There was no sunroof equipped from the factory and the wheels come dressed in a set of Pirelli P Zero tires dated from 2018. 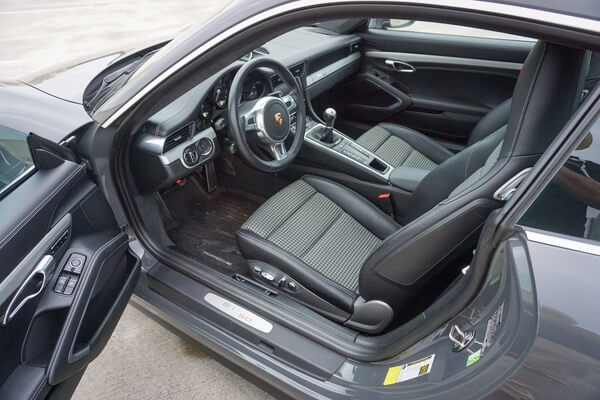 Inside, this 50th Anniversary Edition features a unique Classic Interior trimmed in black leather with deviated stitching, an Alcantara headliner, brushed aluminum inlays, and Pepita houndstooth seat centers.  The headrests are embroidered with “911 50” logos and the trim strip above the glovebox includes a special badge with the model’s limited edition production number.  Harking back to the original 911, the gauges are labeled with nostalgic green markings and feature white pointer needles with silver capped pivot pins.  Optional equipment includes heated front seats and automatically dimming mirrors. 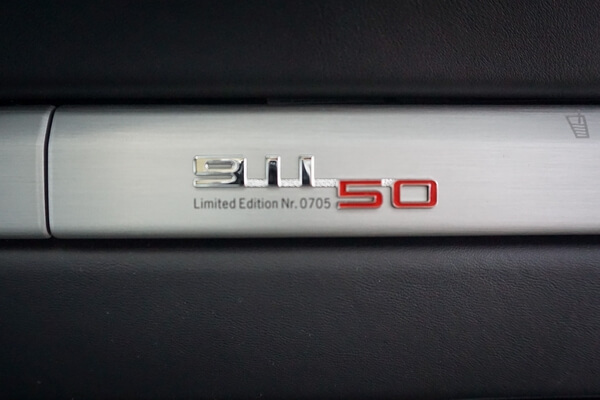 Based on the Carrera S, the 50th Anniversary Edition is equipped with a naturally aspirated 3.8L flat-six engine featuring the X51 Exclusive Power Kit, providing an output of up to 430 HP and 325 lb.-ft of torque.  Power is sent to the rear wheels through a 7-speed manual transmission, which allows this 991 to accelerate from 0-60 MPH in under 4 seconds.  This example was also optioned with Porsche Dynamic Chassis Control (PDCC) including PASM Sport Suspension for a firmer and more responsive ride.  The seller states that routine maintenance has always been kept up to date through authorized Porsche dealers including the most recent service completed in April of 2021. 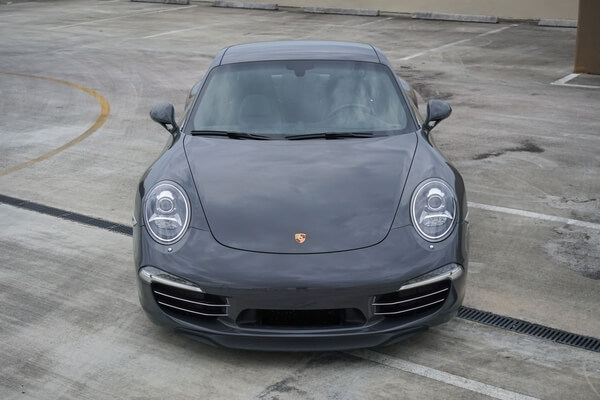 This sale will include a Porsche Certificate of Authenticity and a clean title.  Well maintained while sporting a rare sunroof delete and sought-after manual transmission, this 911 50th Anniversary Edition makes an excellent choice for collectors and discerning drivers alike.