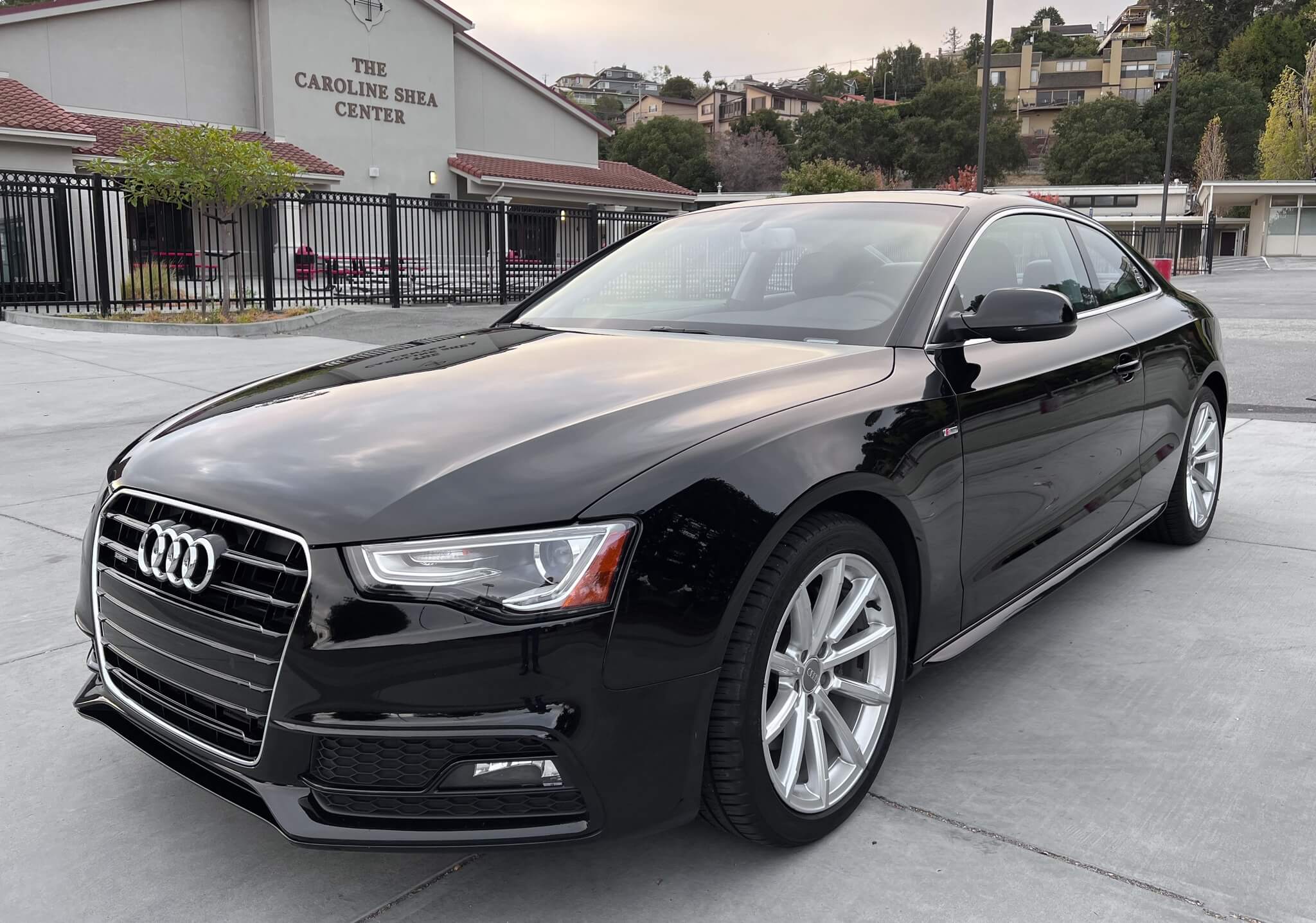 Available for auction is this 2016 Audi A5 Quattro finished in Brilliant Black over a Black leather interior. The first generation A5 debuted in 2007 and was Audi’s first executive coupe since production of the Audi 80 ended in the mid-1990s. This two-owner 2016 example was acquired by the seller as a Certified Pre-Owned vehicle from Audi Burlingame in 2019 and has reportedly covered approximately 4k miles since. Representing the final year of the first generation A5 it comes equipped with a 6-speed manual transmission, the Premium Plus, and Technology Packages, as well as several other premium options. It is now being offered for auction by its seller out of California while showing just under 39k miles on the odometer. 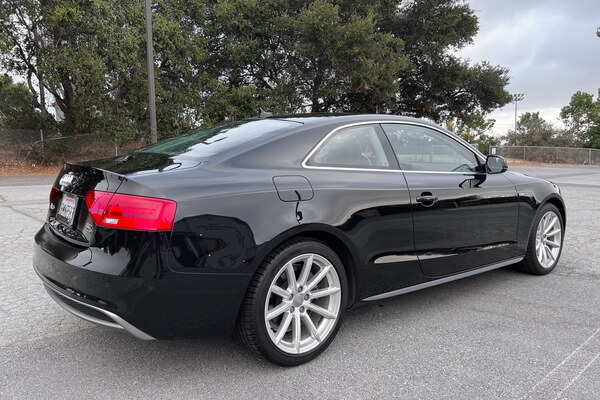 The first generation A5 adopted design language from the 2003 Nuvolari Concept car and would go on to receive a mid-cycle refresh for the 2013 model which included a new front-end design as well as revised headlamps and taillights. This example comes finished in Brilliant Black and features a panoramic tilting sunroof, Xenon headlights, LED daytime running lights and taillights, and heated power-adjustable side mirrors. A small dent is noted in the front bumper and has been depicted in the gallery along with a clean CARFAX. It rides on a set of 18” 10-spoke-design wheels dressed in Michelin Pilot Sport A/S tires from 2019. 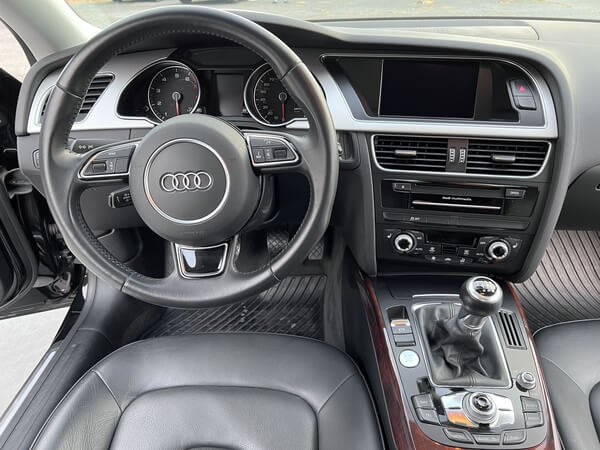 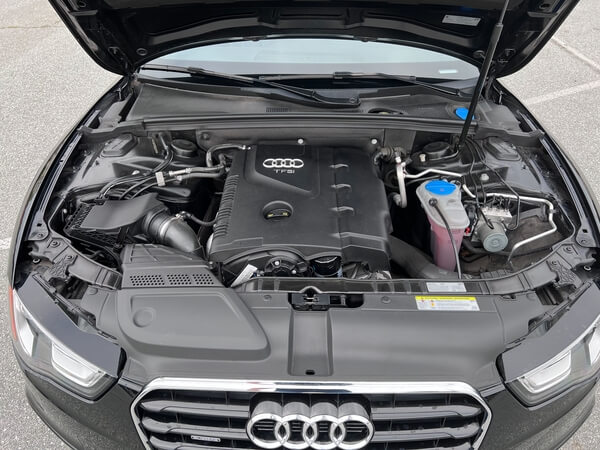 Power comes from a turbocharged and intercooled 2.0L TFSI 4-cylinder engine, producing up to 220 HP and 258 lb.-ft of torque. All four wheels are driven by a 6-speed manual transmission and Audi’s renowned Quattro all-wheel drive system. The CARFAX includes five service history records dating back to 2016, and most recently an oil and filter service was carried out by Audi Burlingame in March 2022. 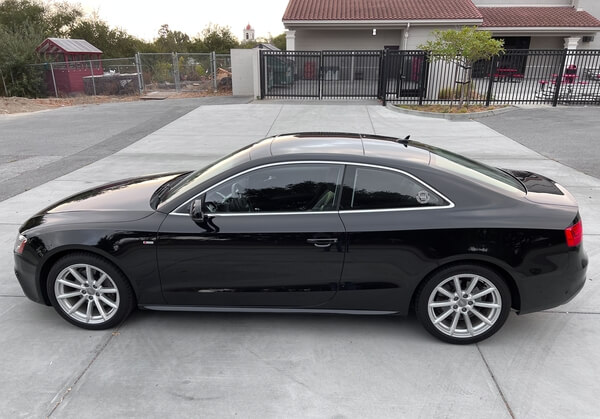 This sale will include a collection of service records, owner’s literature, and a clean title.