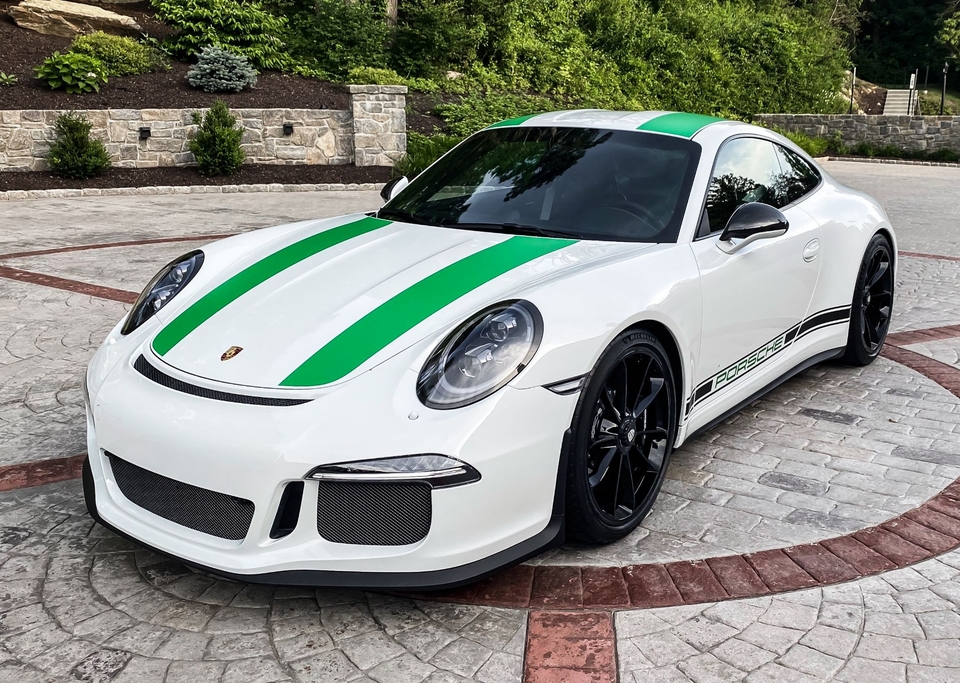 We are pleased to present this 2016 Porsche 911 R finished in white over a black and Tarpan Brown leather interior.  Introduced in 2016 and limited to a production run of only 991 units for the entire world, the 911 R represents one of the rarest and most collectible Porsche 911’s in recent years.  Marking one of only 273 cars delivered to the United States, this 2016 example showcases exclusive options including the Front Axle Lift System and a single-mass flywheel with reinforced clutch.  Preserved under top-of-the line protective coatings while highlighting some subtle custom details, this one-owner 911 R is now being offered for auction in like-new condition showing approximately 2,700 miles on the odometer. 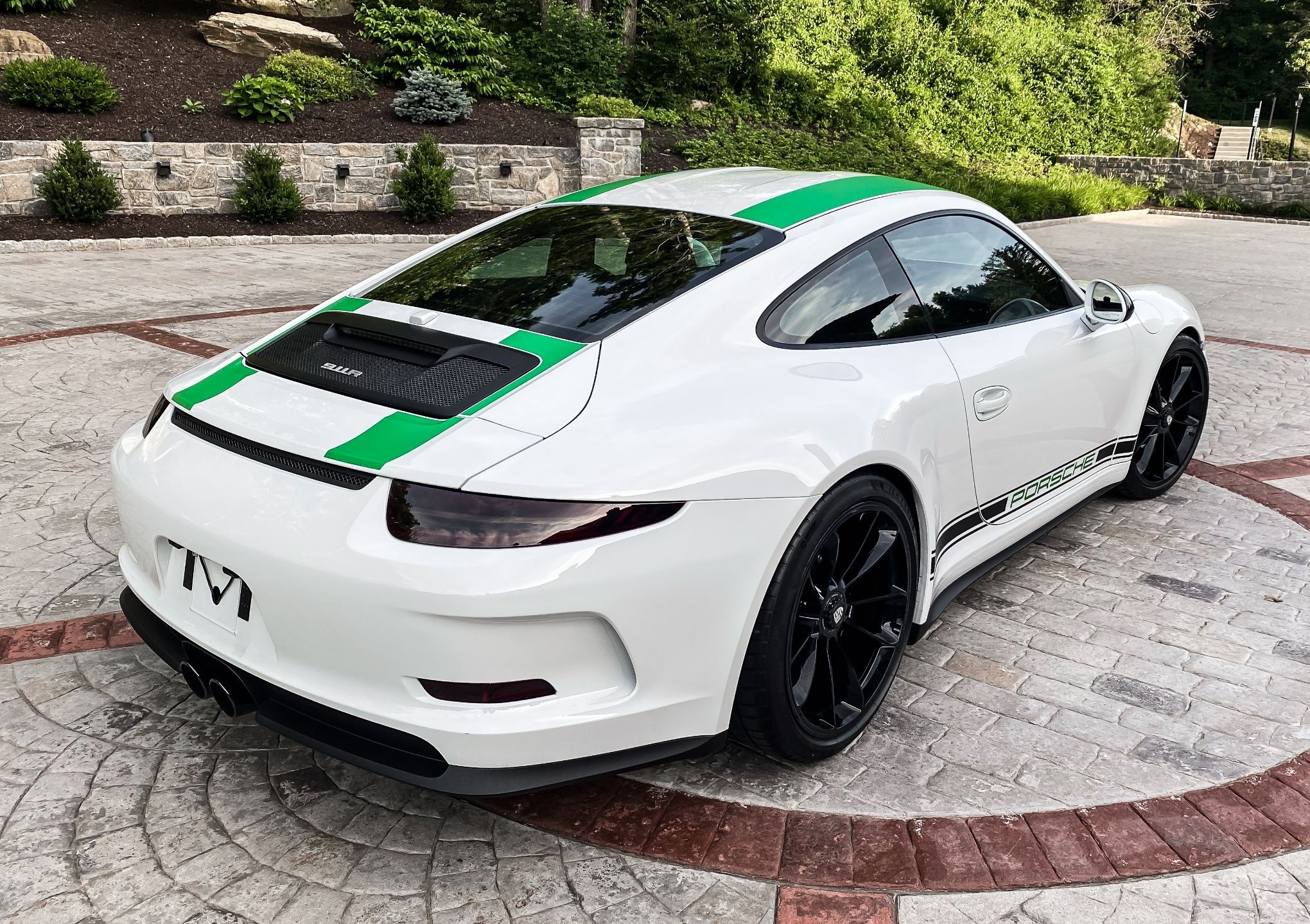 This 911 R is factory finished in white with distinctive matte green racing stripes.  When new, this 911 was sent to Detailing Dynamics to receive a full paint correction before it was completely enveloped in Xpel paint protective film.  The original racing stripes were removed prior to the paint correction and new OEM stripes were then installed to factory spec before a double application of ceramic coating.  The exterior is said to be in like-new condition as could be seen in the images provided in the photo gallery.  Other added details include Heat Rejection XRP Plus 70% window tint, ClearPlex windshield protection, clear side marker lenses and medium taillight tint.  The PCCB brake calipers were also professionally refinished in black through an authorized Porsche dealership. 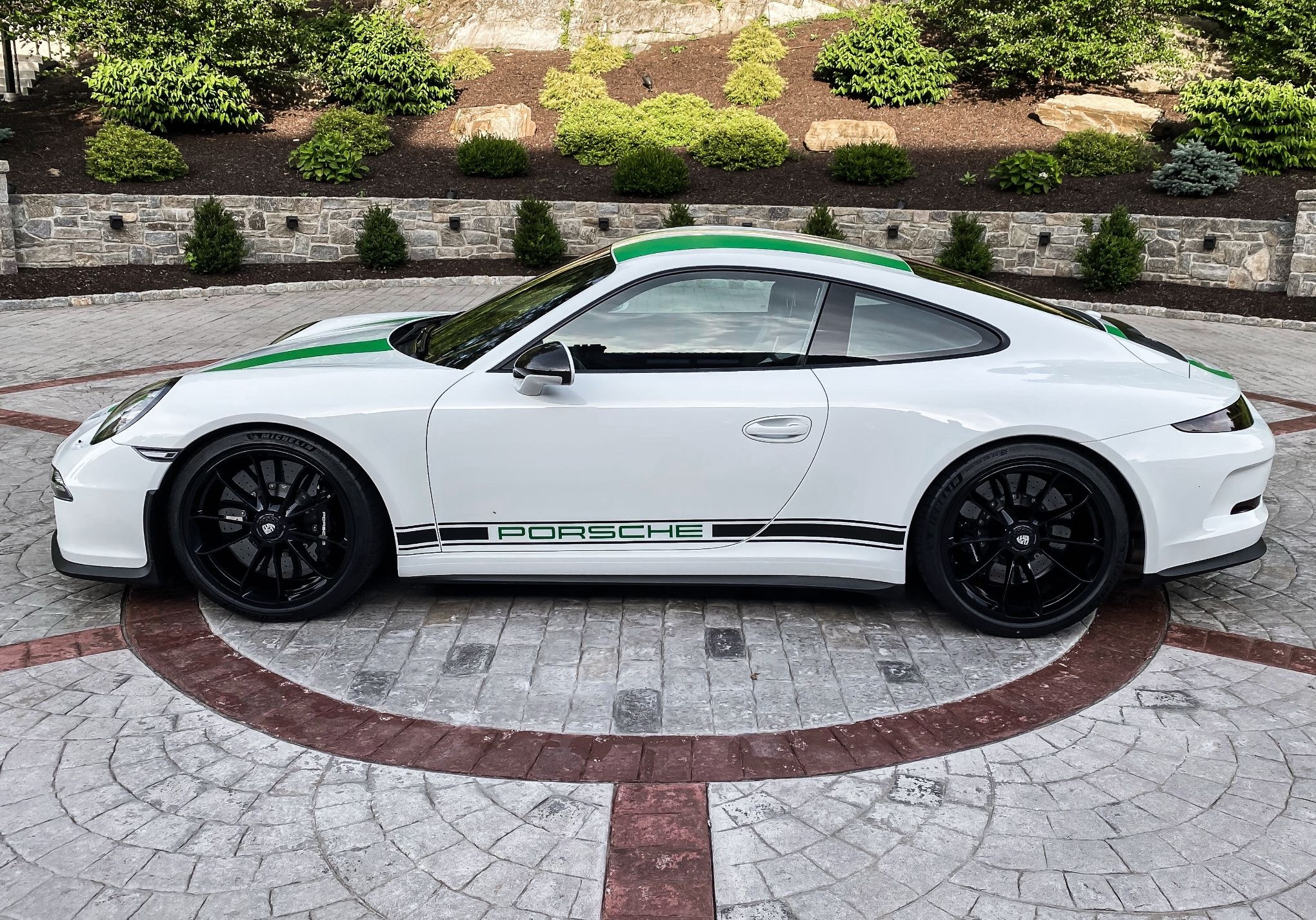 In an effort to maximize weight savings, the 911 R utilizes carbon fiber for its front fenders and luggage compartment lid, magnesium for its roof and titanium for its exhaust.  A simplified speed-activated rear spoiler also works in conjunction with a fixed underbody diffuser for optimized aerodynamics.  This example has been equipped with the Front Axle Lift System which enables the nose of the car to be raised and lowered when traversing obstacles.  Factory gloss-black finished center lock wheels are retained which come dressed in fresh Michelin Pilot Sport 4S tires. 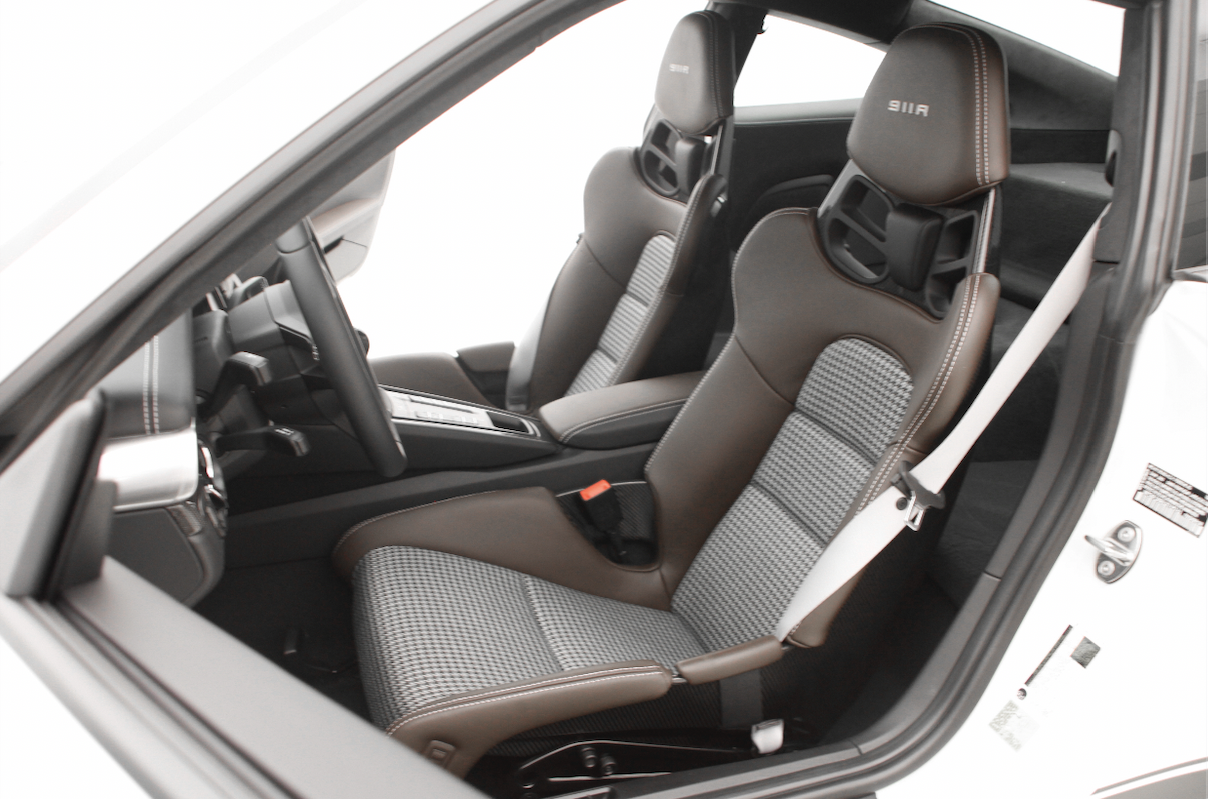 Inside, this 911 R features a black and Tarpan Brown leather interior with houndstooth upholstered carbon fiber bucket seats.  The cabin is said to be in in pristine condition with some custom details including Tarpan Brown seat bolster covers, Tarpan Brown seatbelt loops and a Tarpan Brown luggage compartment liner.  An Escort Max Ci 360 radar detector has also been installed along with a backup camera.  Special details include vintage-inspired houndstooth seat inserts, black faced gauges with light green markings and a factory limitation placard denoting this example as #405.  An original window sticker totaling over $213k highlights the following exclusive options: 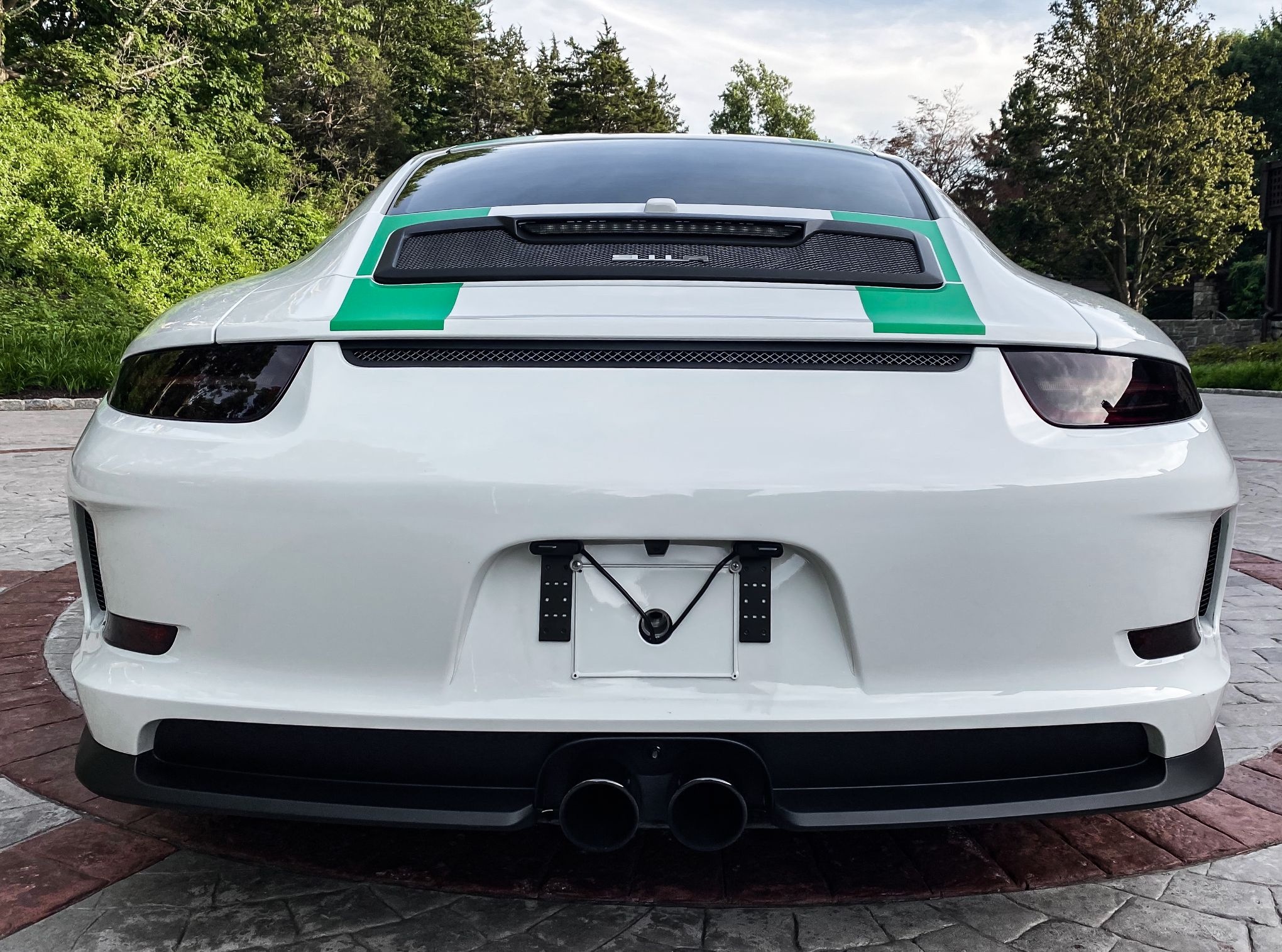 Power comes from a naturally aspirated 4.0 L flat-six engine which is rated at 500 HP.  The rear wheels are driven by way of a 6-speed manual transmission with an optional single-mass flywheel and reinforced clutch, making for a 0-60 time of approximately 3.7 seconds.  Standard performance features include special lightweight components, a limited-slip differential and PCCB ceramic composite brakes which offer brutal stopping power.  Reported to be in like-new driving condition with one routine oil change carried out since delivery, this 911 R is ready to be enjoyed. 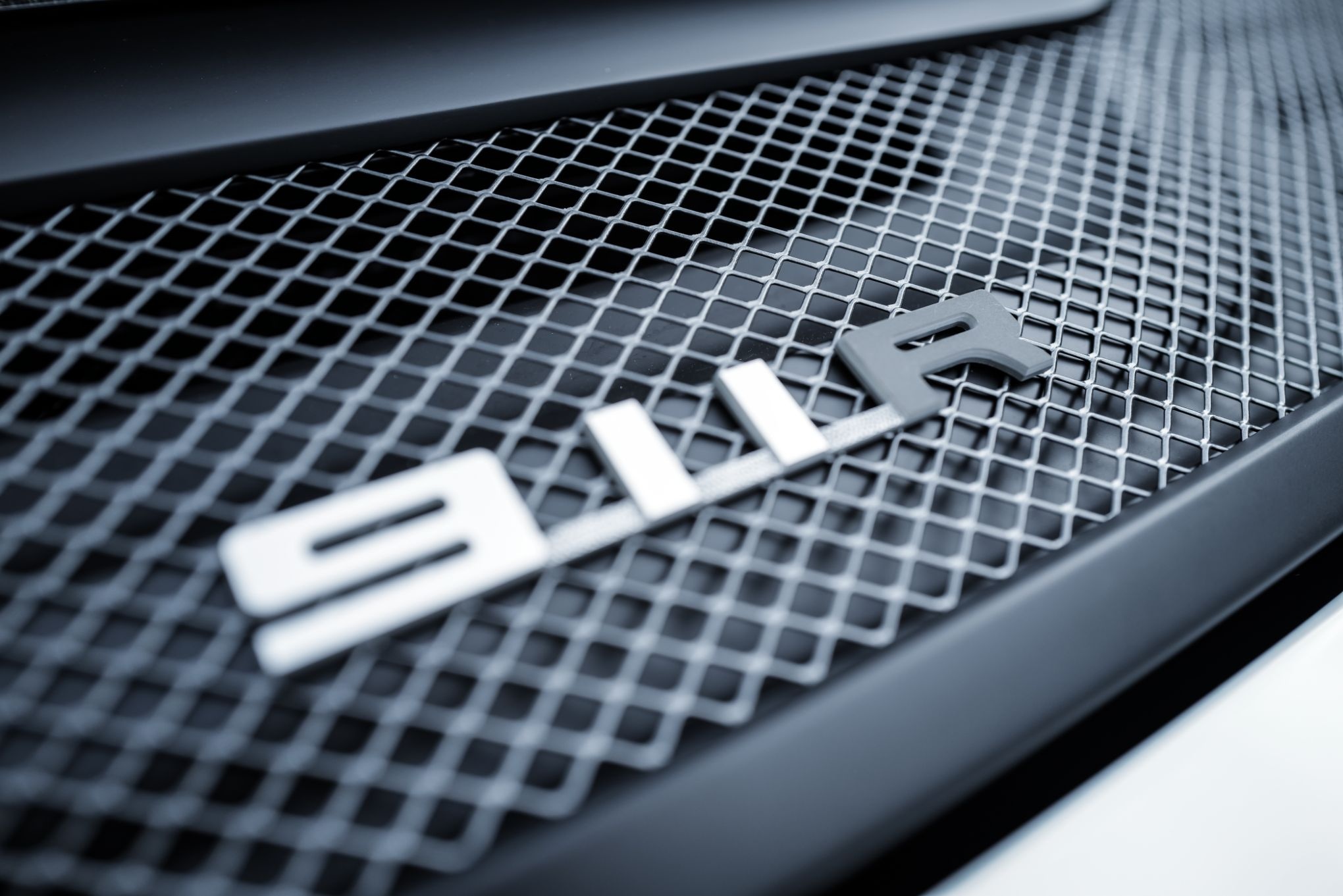 In a 2016 Motor Trend article it was said that “...the R is king of the 911 experience; it's the purest expression of a sports car we've seen in an entire generation of Porsches." 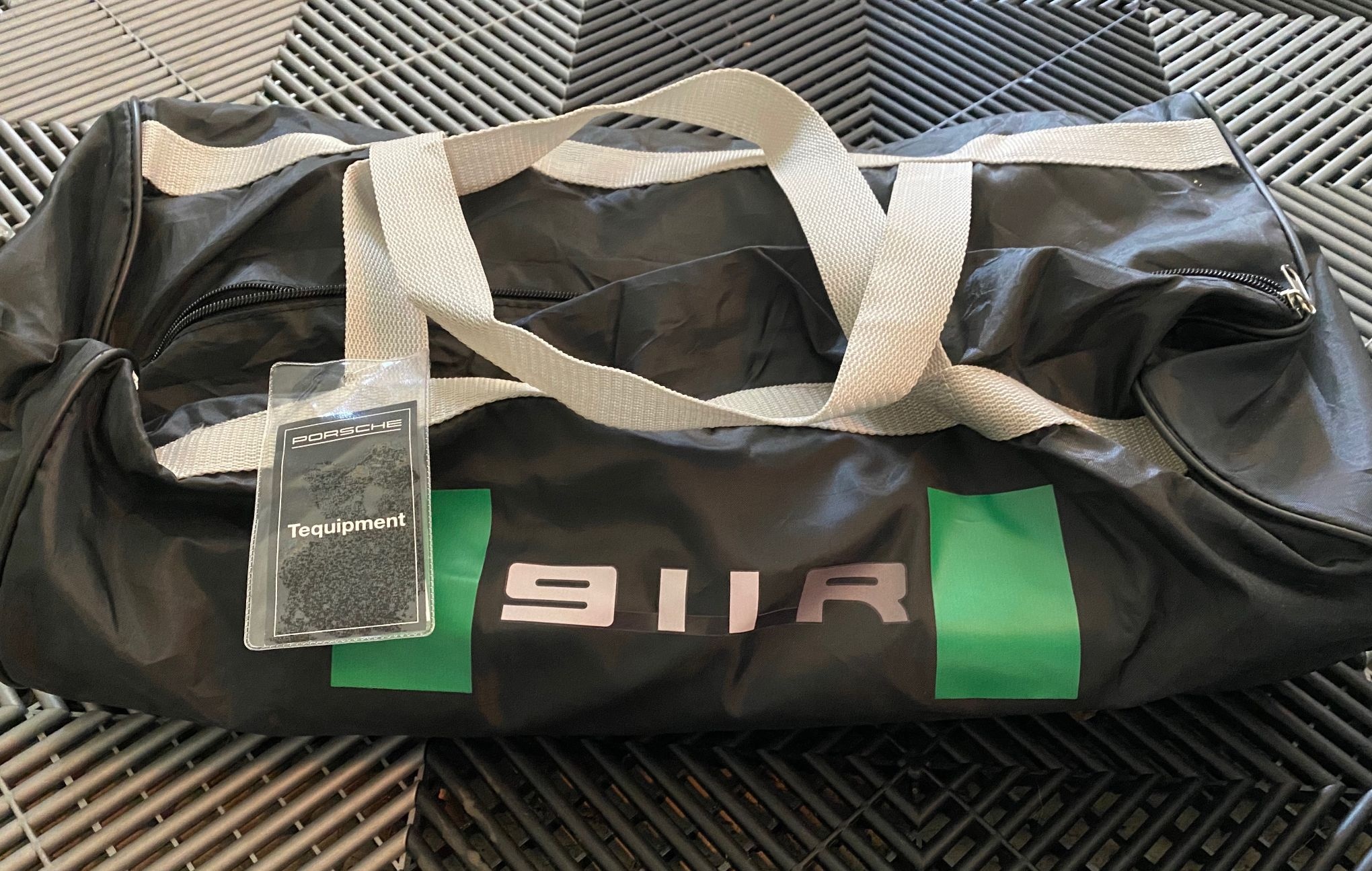 The sale of this 911 R will include a set of two keys, the original books and tools, service records, factory side markers, the original window sticker and a Porsche car cover.  Do not miss your chance to own this outstanding 2016 911 R.