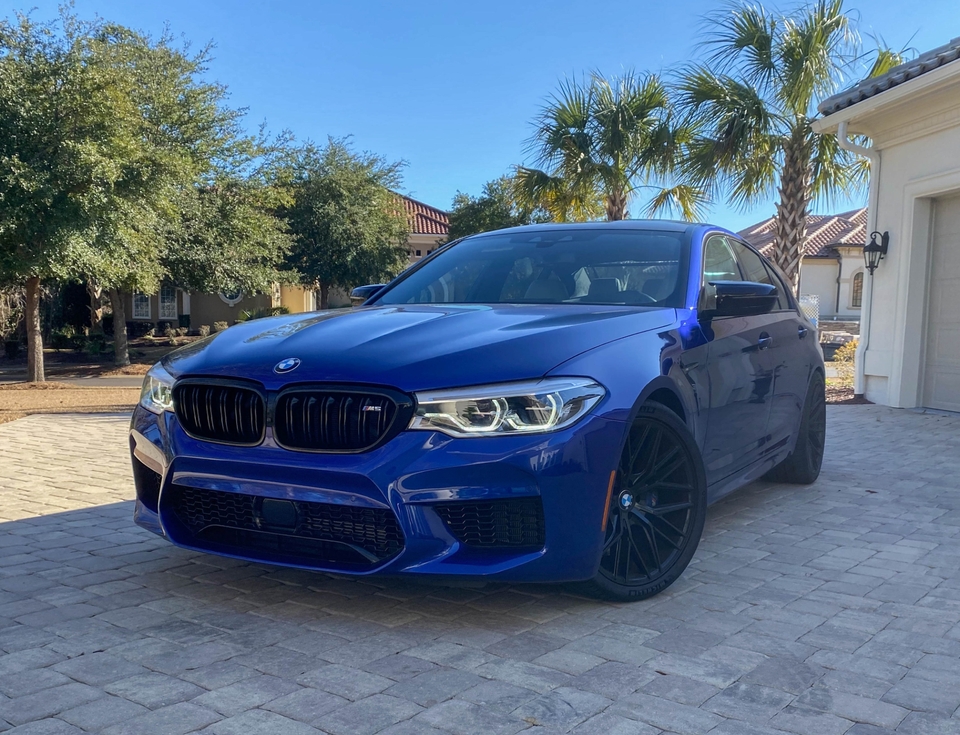 Now available for auction is this 2019 BMW F90 M5 Competition finished in Marina Bay Blue Metallic over Silverstone leather.  Offered as the ultimate version of the already high-performance M5 sedan, the Competition Package features increased power, a stiffer suspension, and subtle cosmetic enhancements.  This generously equipped example was purchased new by its current owner at an original MSRP of over $127k and is now being offered for auction out of South Carolina with approximately 12k miles showing on the odometer. 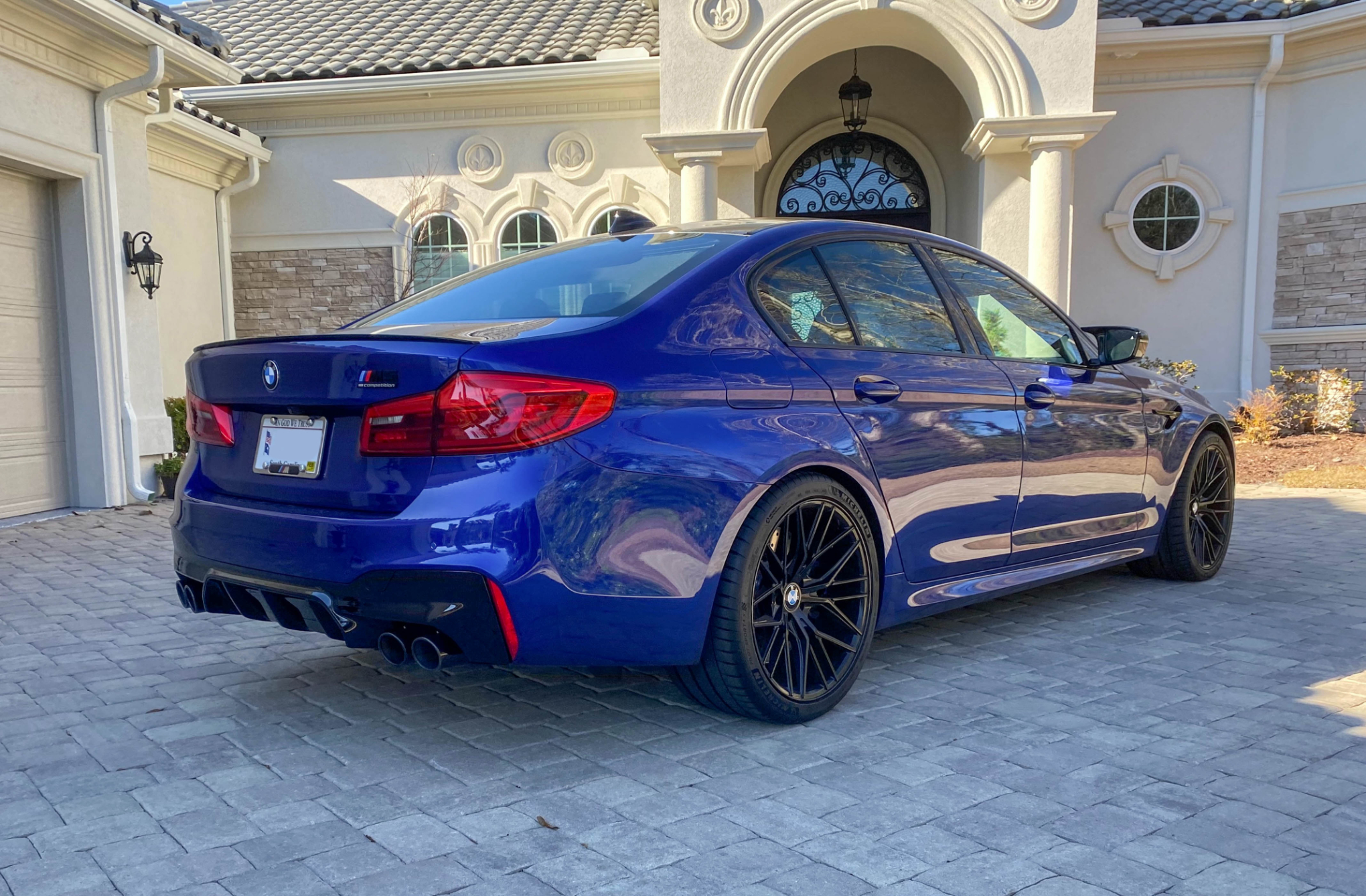 The Marina Bay Blue Metallic paint is said to be like-new, having always been garage kept.  Detailed images are provided in the photo gallery.  The Competition Package’s unique exterior features include special badging and high-gloss black Shadow Line trim on the front grilles, rear diffuser, rear spoiler, window surrounds, and mirror housings.  It also includes special 20” light alloy Y-spoke wheels, which on this particular example have been replaced in favor of custom powder coated 20” forged wheels. 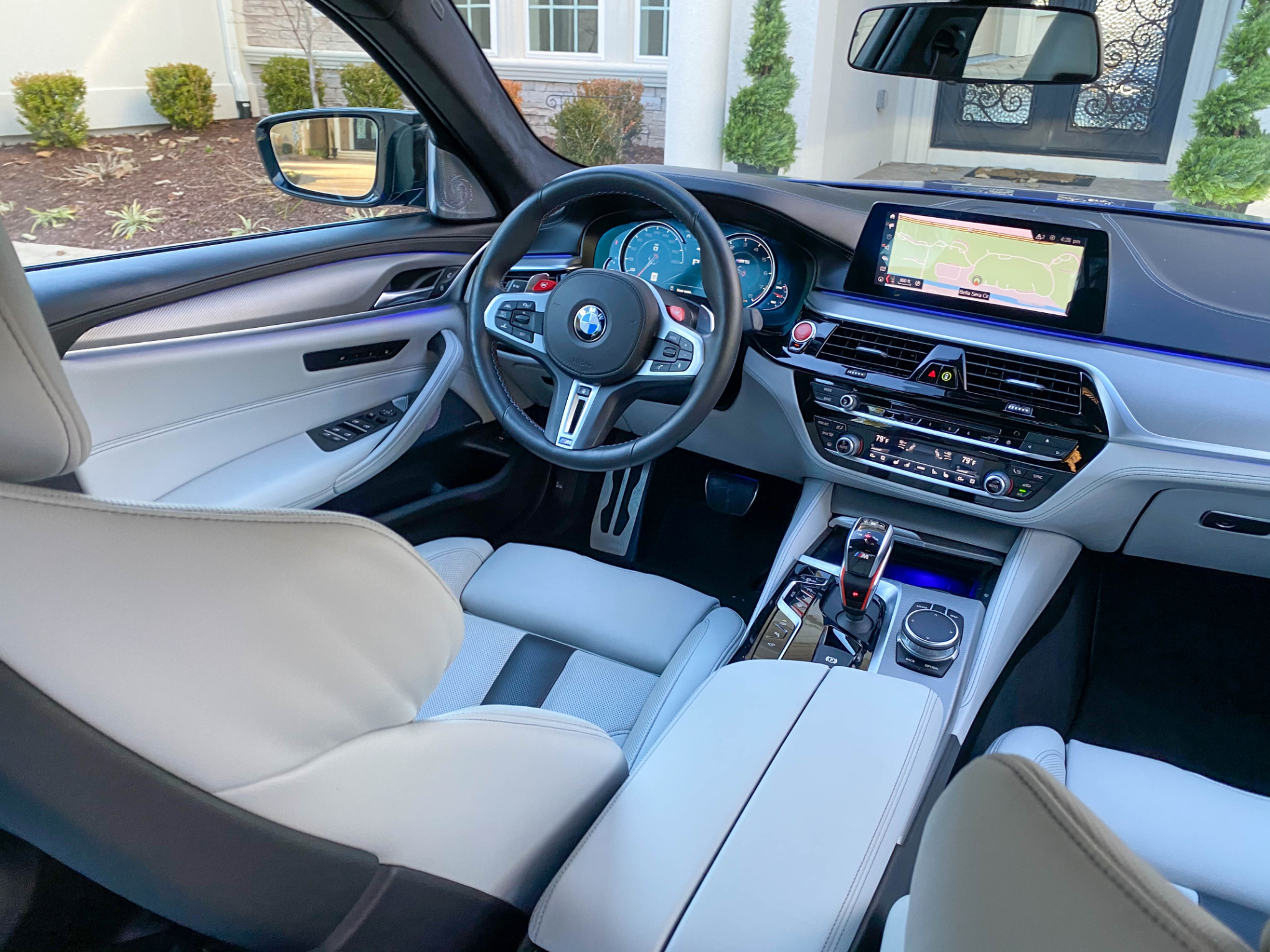 Inside, the cabin has been configured with Silverstone leather as well as Aluminum Carbon Structure trim.  The interior is said to be like new and some noteworthy factory features listed on the original window sticker include the Executive Package ($4000), the Bowers & Wilkins High-End Sound System ($3,400), Apple CarPlay, and BMW Gesture Control. 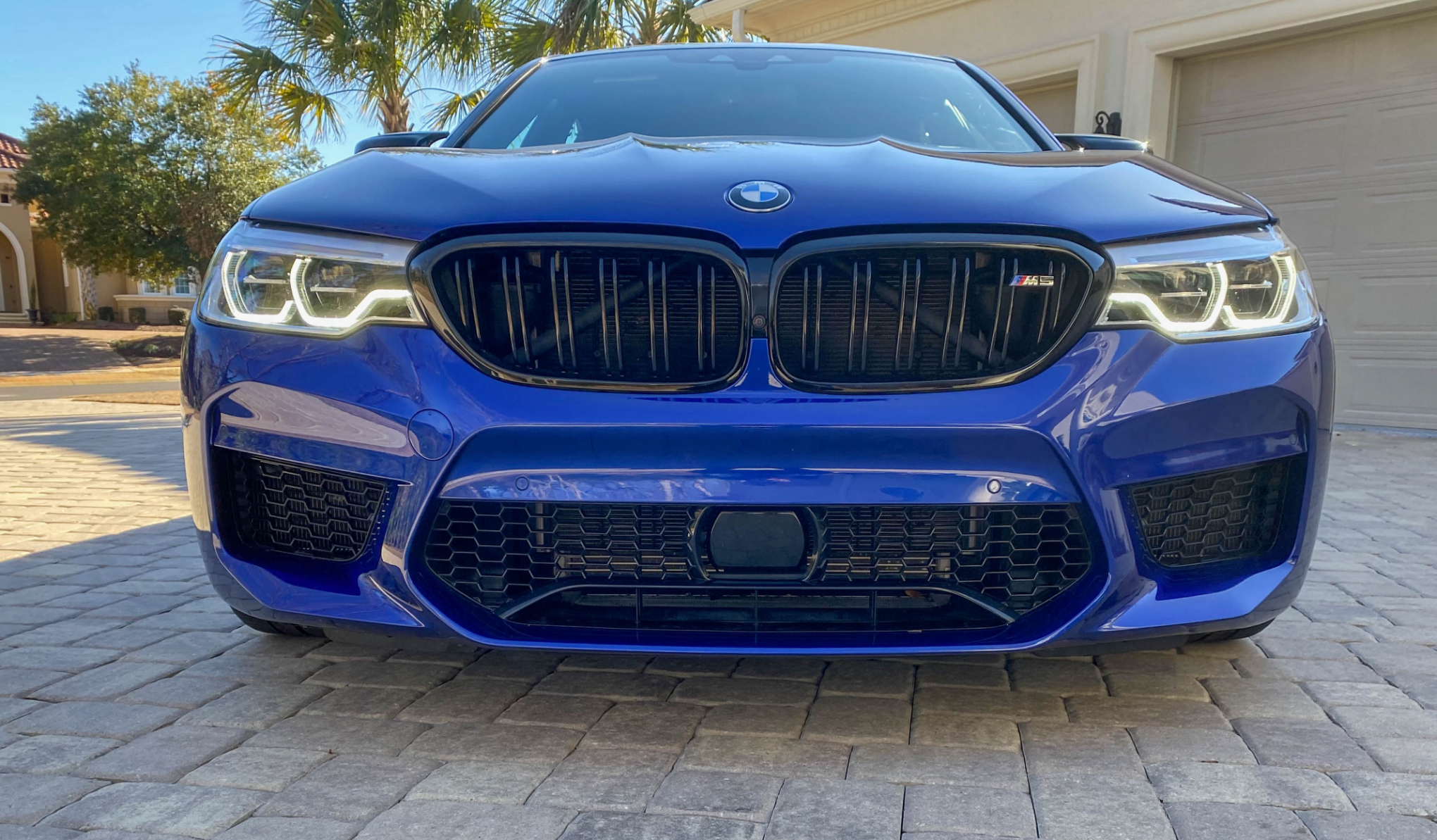 The Competition version carries the same 4.4 L twin-turbocharged V8 engine from the standard F90 M5, but with revised tuning for an improved power output of 617 HP and 553 lb.-ft of torque.  An 8-speed M Steptronic automatic transmission with an Active M Differential sends power through BMW’s xDrive AWD system, allowing the M5 Competition to accelerate from 0-60 MPH in approximately 3 seconds.  Other performance features include 2-wheel drive capability, the M Sports Exhaust System, enhanced chassis tuning, and a stiffer Adaptive M Suspension setup.  All routine maintenance is said to have been carried out by BMW, and this M5 is said to drive like new. 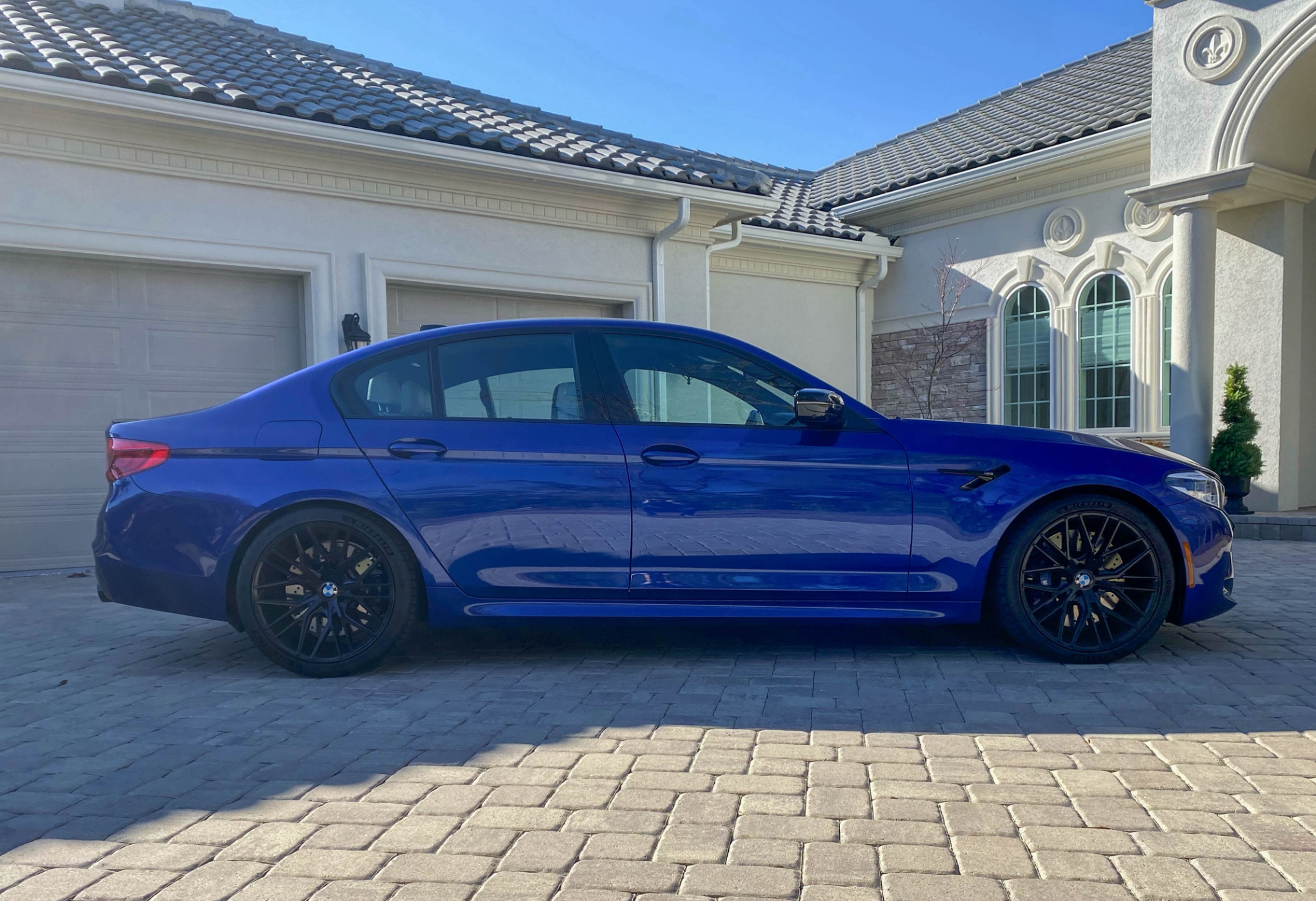 This sale will include the original window sticker and clean title (lien).  One of the most advanced and high-performance premium sedans on the market, this M5 Competition is not to be overlooked.