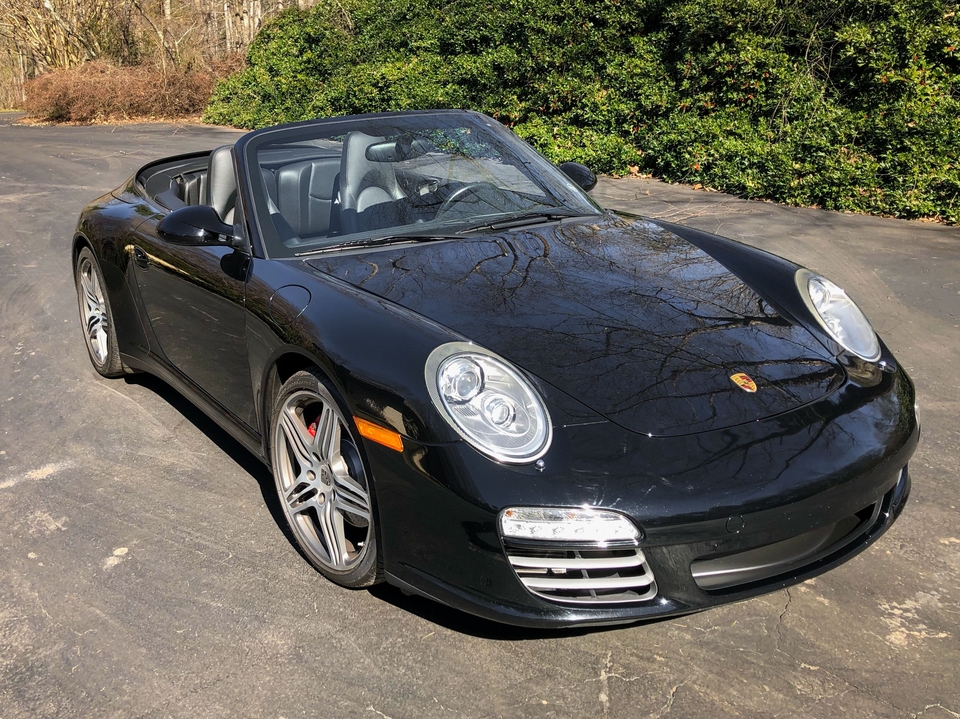 Now available for auction is this 2010 Porsche 997.2 Carrera 4S Cabriolet finished in Black over a black leather interior.  With its tactile driving characteristics and mechanical feel, the 997 generation remains the favored water-cooled 911 for many Porsche enthusiasts.  This 2010 example highlights a desirable 6-speed manual transmission, heated and ventilated Power Comfort Seats, and the Bose High-End Sound Package.  This C4S spent life in California up until 2018 when it was purchased by the current owner’s father at approximately 39k miles.  Having been meticulously cared for with barely 1,400 miles driven since, this well-presented 997.2 is now being offered for auction by its owner in North Carolina with approximately 40k miles showing on the odometer. 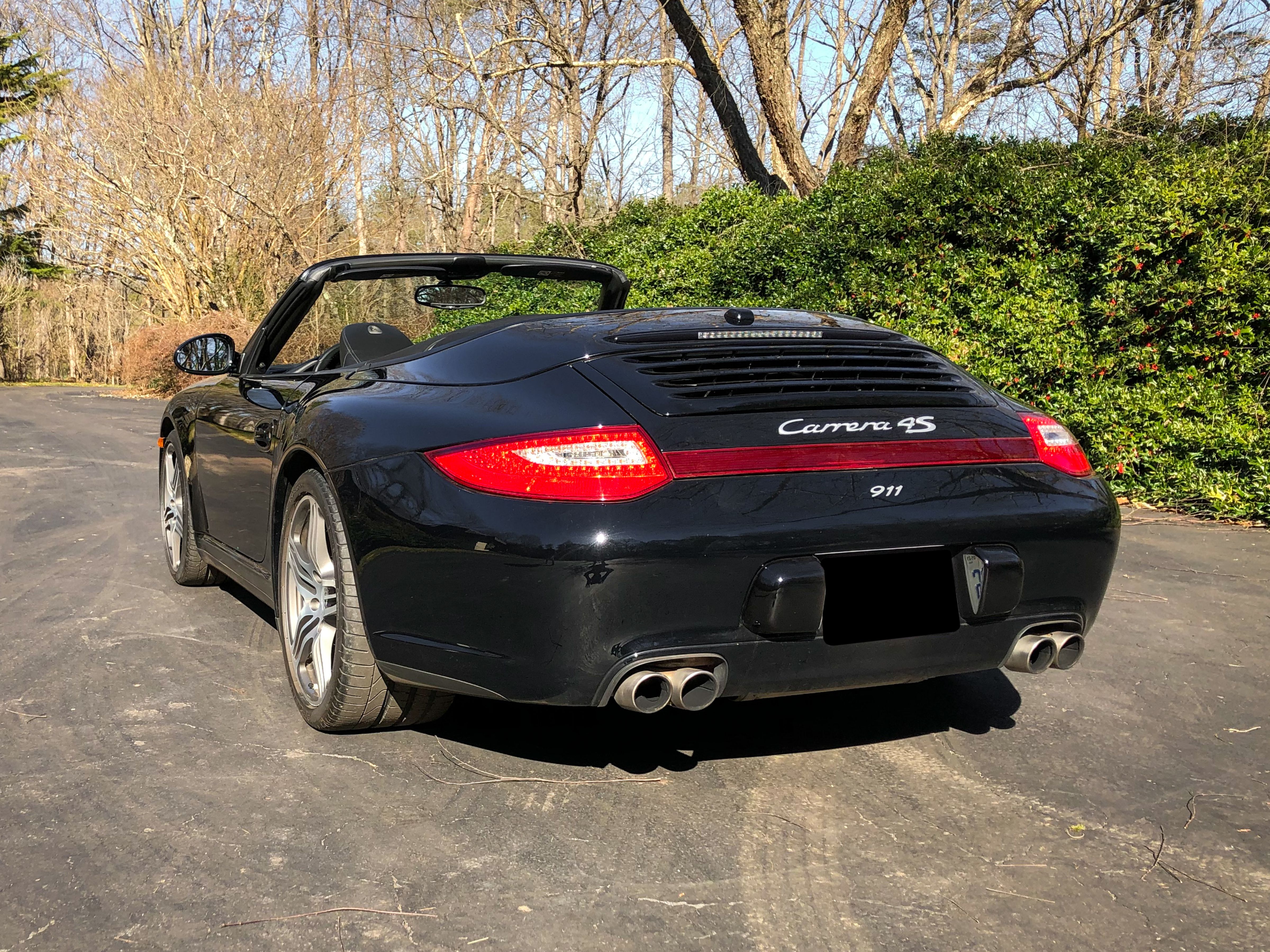 This 997s Black finish is stated to be in excellent condition overall, detailed images are provided in the photo gallery.  CARFAX indicates rear-end damage in 2016 and there is no record of repair or signs of persisting damage noted by the seller. This 4S features wide fenders derived from the 911 Turbo as well as a unique model-specific reflector strip located between the taillights.  A "911" rear model designation has been added and this Cabriolet rides on optional 19” 911 Turbo wheels that come dressed in Pirelli P Zero tires that were mounted in June of 2018 within the last 2k miles.

Inside, you will find a black standard leather interior that is described to be in very good condition.  Having commanded an original MSRP of over $116k, this well-appointed Cabriolet showcases heated and ventilated Power Comfort seats with driver memory, the Bose High-End Sound Package, Dynamic Cornering Lights, a Bluetooth phone interface, Navigation Module for PCM, XM Radio, a Universal Audio Interface, and Self-Dimming Mirrors.  All gauges and electrical components are reported to be fully functional. 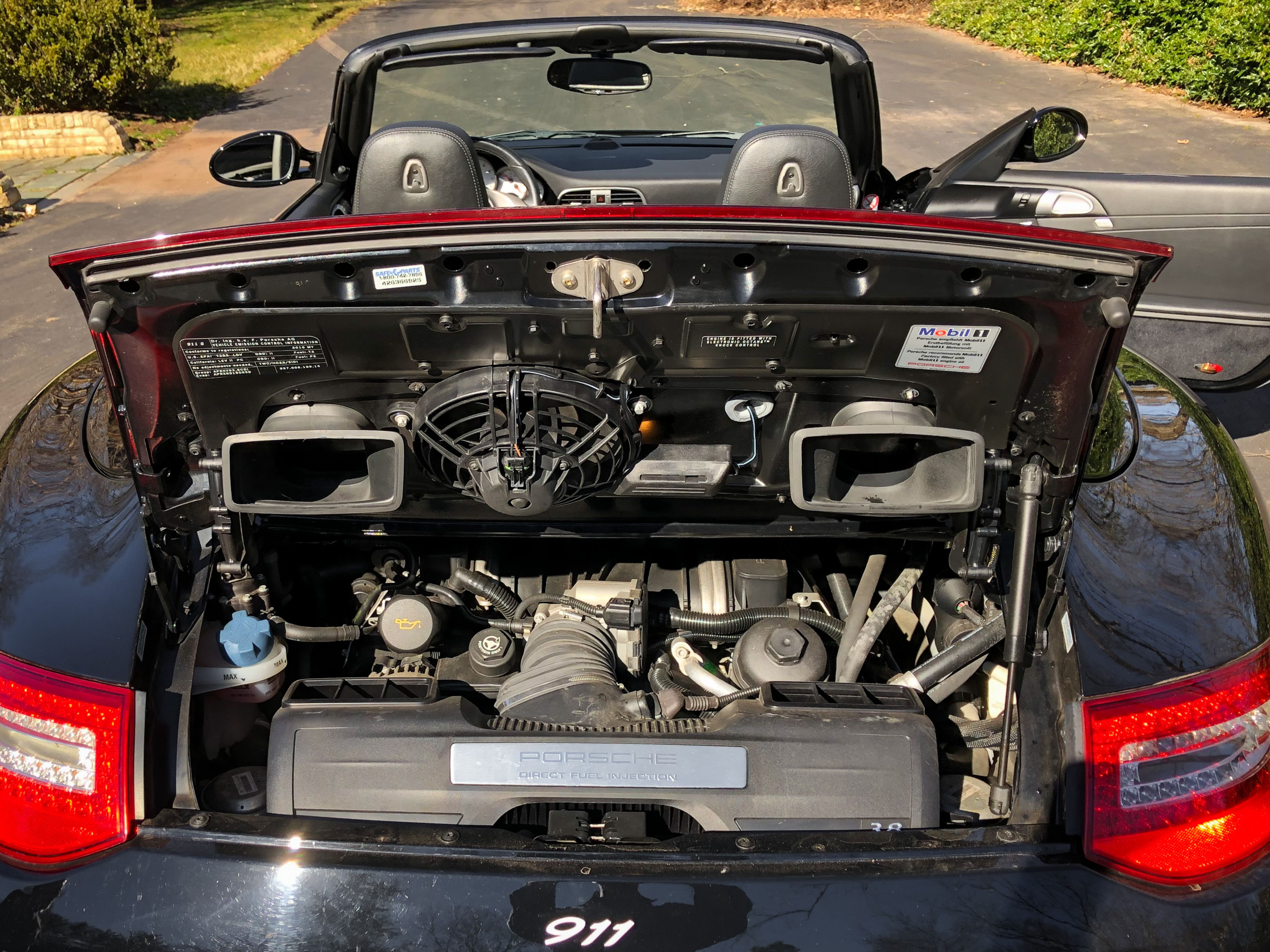 Power comes from a naturally aspirated direct fuel injected 3.8 L flat-six engine that is capable of generating 385 HP.  All four wheels are driven through a smooth 6-speed manual transmission which allows this 4S to accelerate from 0-60 MPH in as little as 4.7 seconds.  In addition to boasting a 40 HP increase over the standard Carrera, the 997.2 4S features Porsche Active Suspension Management (PASM) as well as larger brakes distinguished by red-painted calipers.  States to be in excellent running order with all routine maintenance up to date, this 997.2 is just waiting for its next owner. 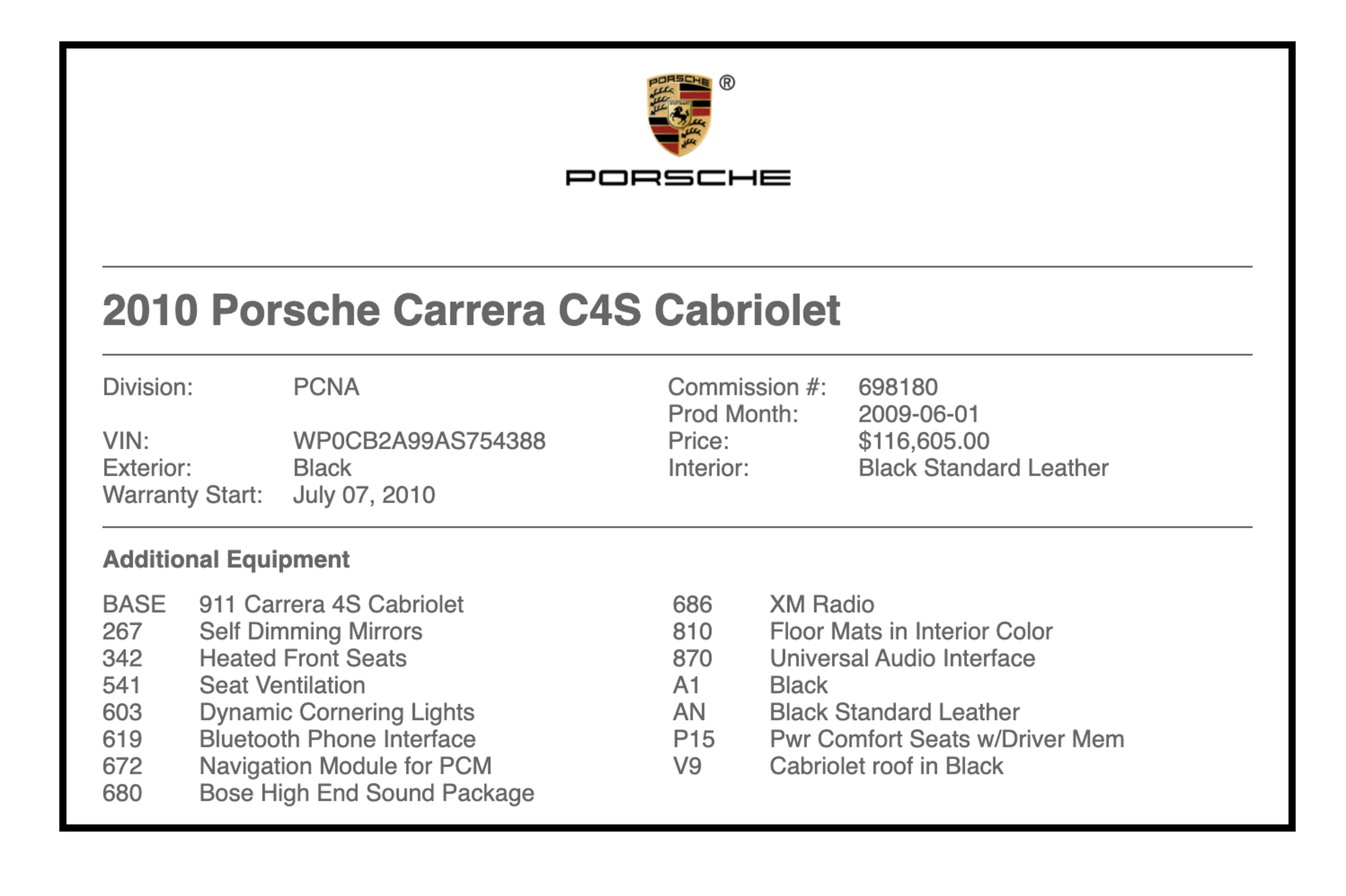 This sale will include a clean title.  If you are in search of a 6-speed 997, this 40k-mile second-generation C4S is not to be overlooked.