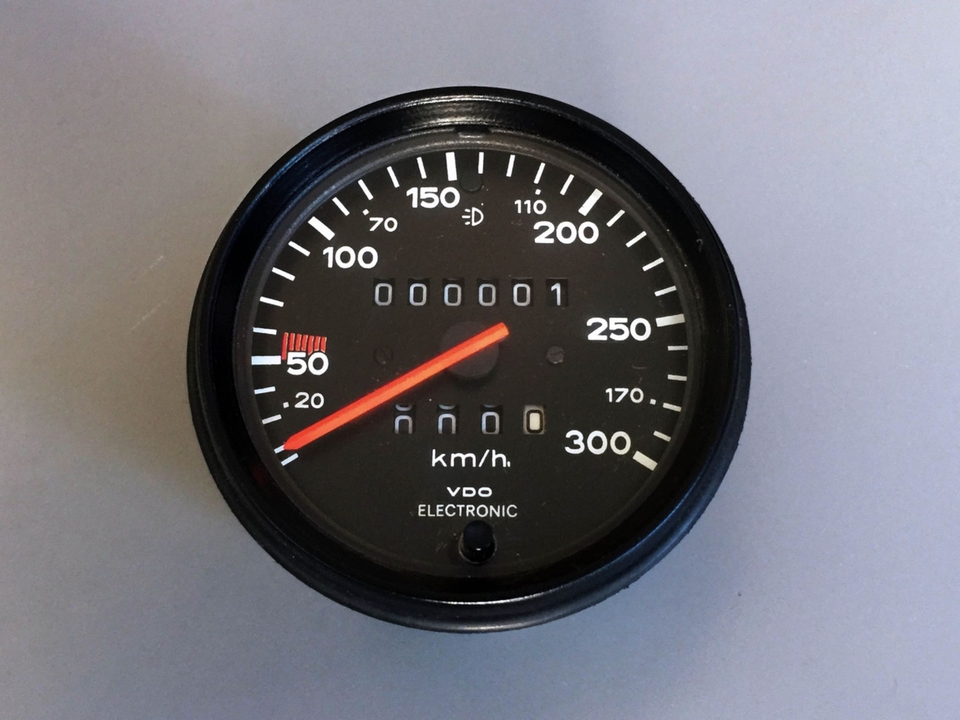 Up for auction is this rare, NOS (new-old-stock) Porsche “Typ. 4055 Tachometer" also known as a “300KPH Speedometer".  Porsche introduced this electronic speedometer in 1973.  They were used in several different road-going Porsches as well as a variety of racing models including the 911 RSR and 934.  This example will fit 911 models ranging from 1973-1989 (1969-1972 with electronic wiring reconfiguration).

What makes this Speedometer so special is the fact that it can be found in a number of iconic Porsche models including:

This Speedometer is in excellent condition and is in like-new condition.  It would also be the perfect speedometer for any back-dated Porsche or for use in the restoration or recreation of any of the models that originally carried one of these.

* It is up to the buyer to decide if this odometer is suitable for their use prior to bidding.