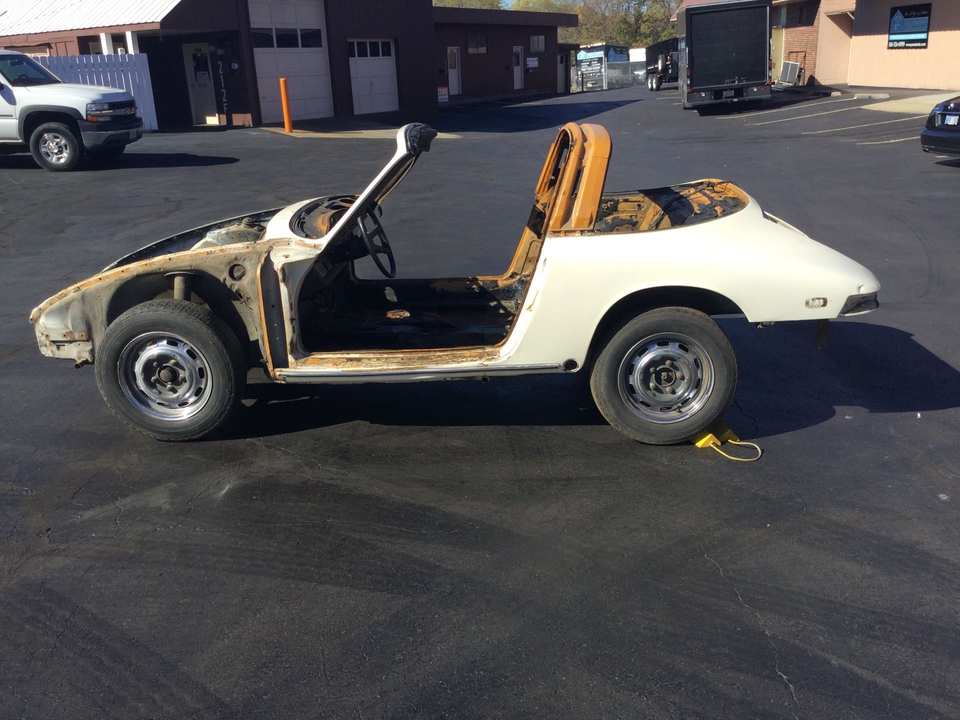 This numbers matching 1968 912 Soft Window Targa was originally finished in rare and highly desirable Bahama Yellow with a black leatherette interior. Bahama Yellow is said to be one of the most sought after colors produced by Porsche in the 1960s. The Targa spent its entire life in California prior to being shipped to Kansas in 2010, where it currently resides. The seller purchased the complete vehicle with 50,000 miles on the body and began the restoration.  During the process, he was forced to abandon the restoration and focus on other projects, leaving the 912 in its current state as seen in the photo gallery.  This complete-set restoration is a perfect project for someone looking to restore a special numbers matching collector car. 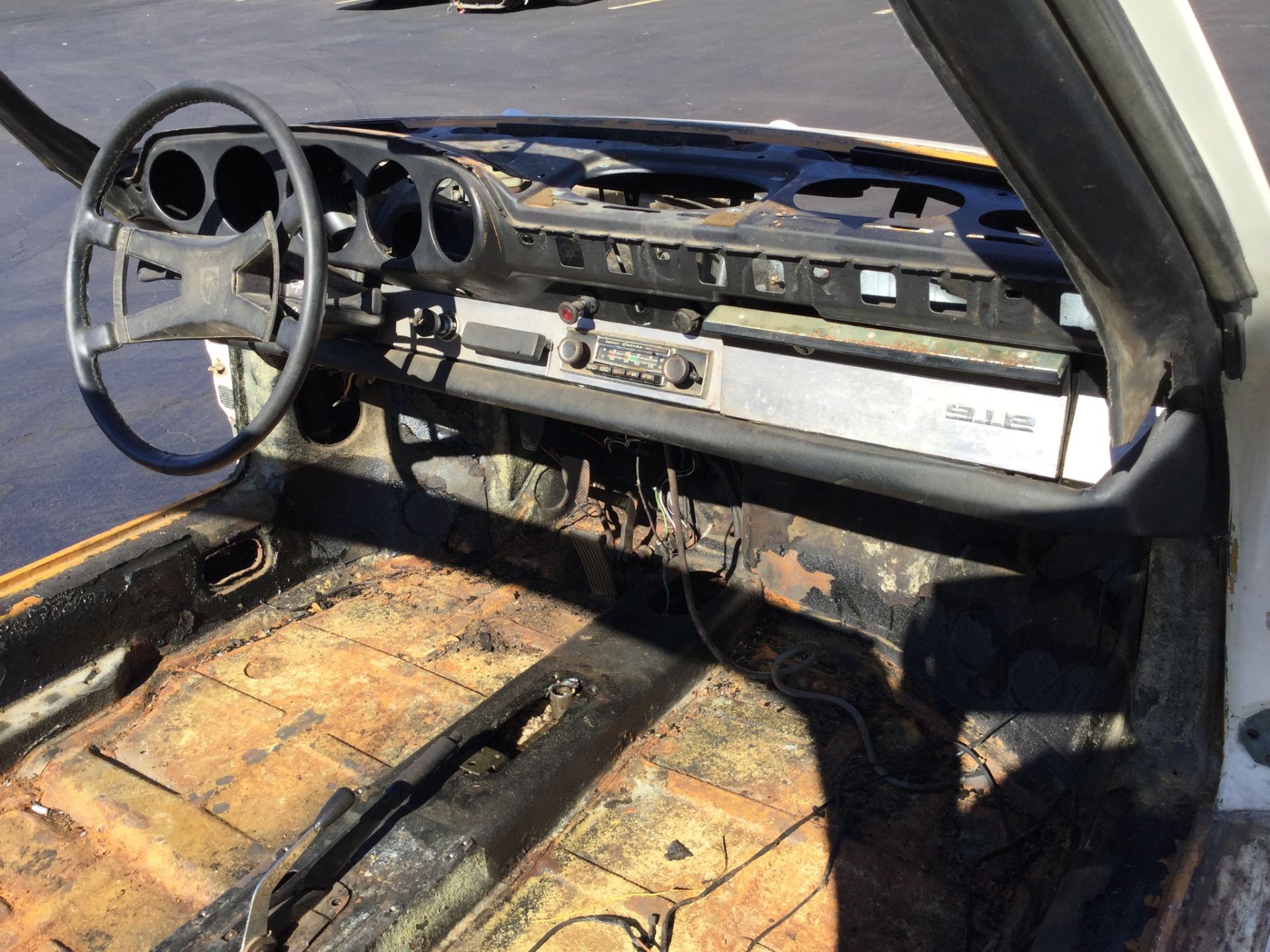 The hood, fenders, doors, and decklid have all been soda blasted and e-coated. In anticipation of completing the project, the seller had the gauges restored by North Hollywood Speedometer. He also acquired a fully intact soft window with bows. Between the gauges and soft window, the seller invested over $5k starting the restoration. The car also comes with the dealer installed A/C system (Delanair). 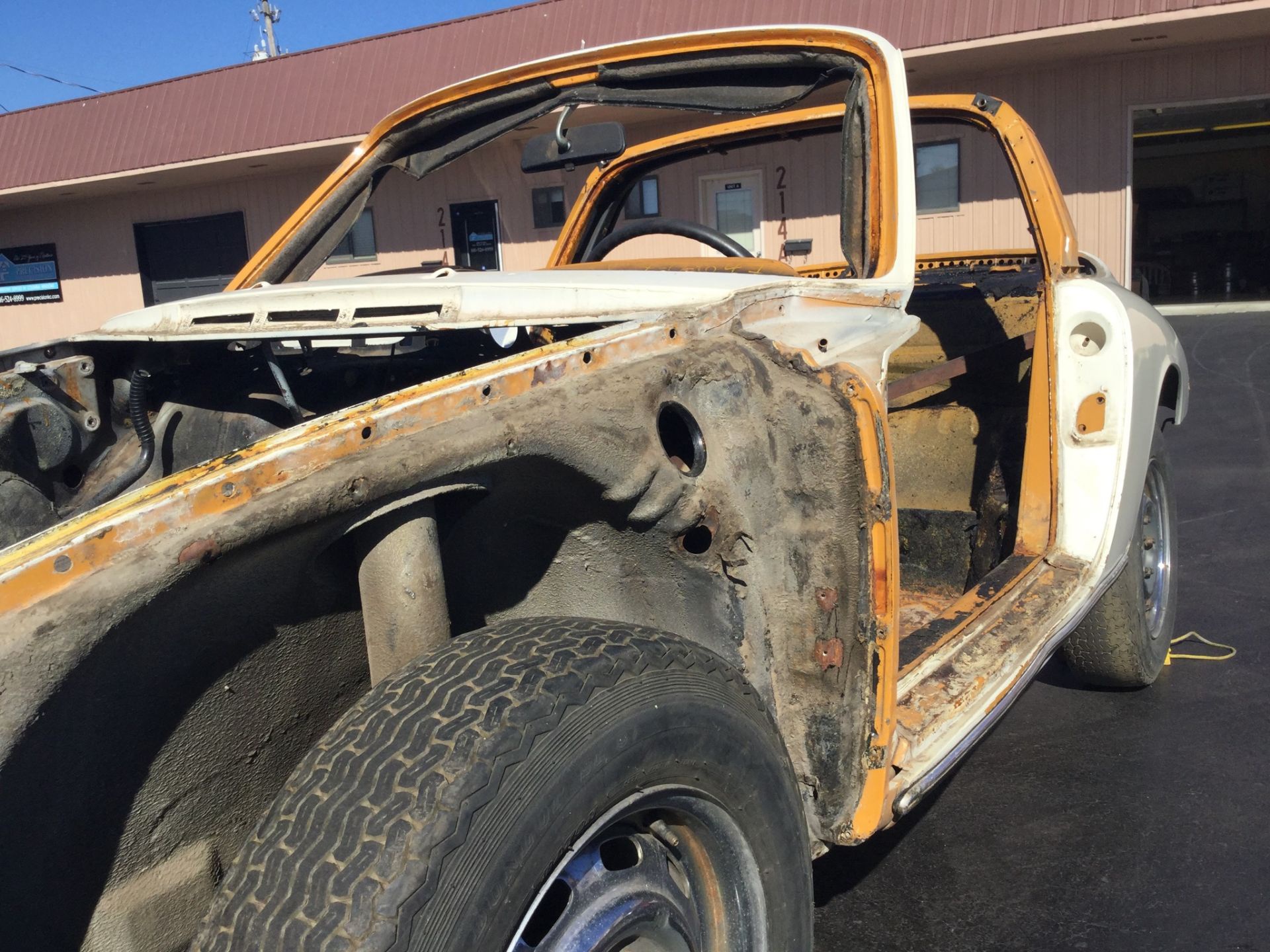 The vehicle's body is in well-preserved original condition. This car does need floor repairs due to rusting, however, the front pan and longitudinals are solid. When new, this 912 came with original factory options including bumper horns (front and rear), tinted glass, and Semperit tires (165/15). 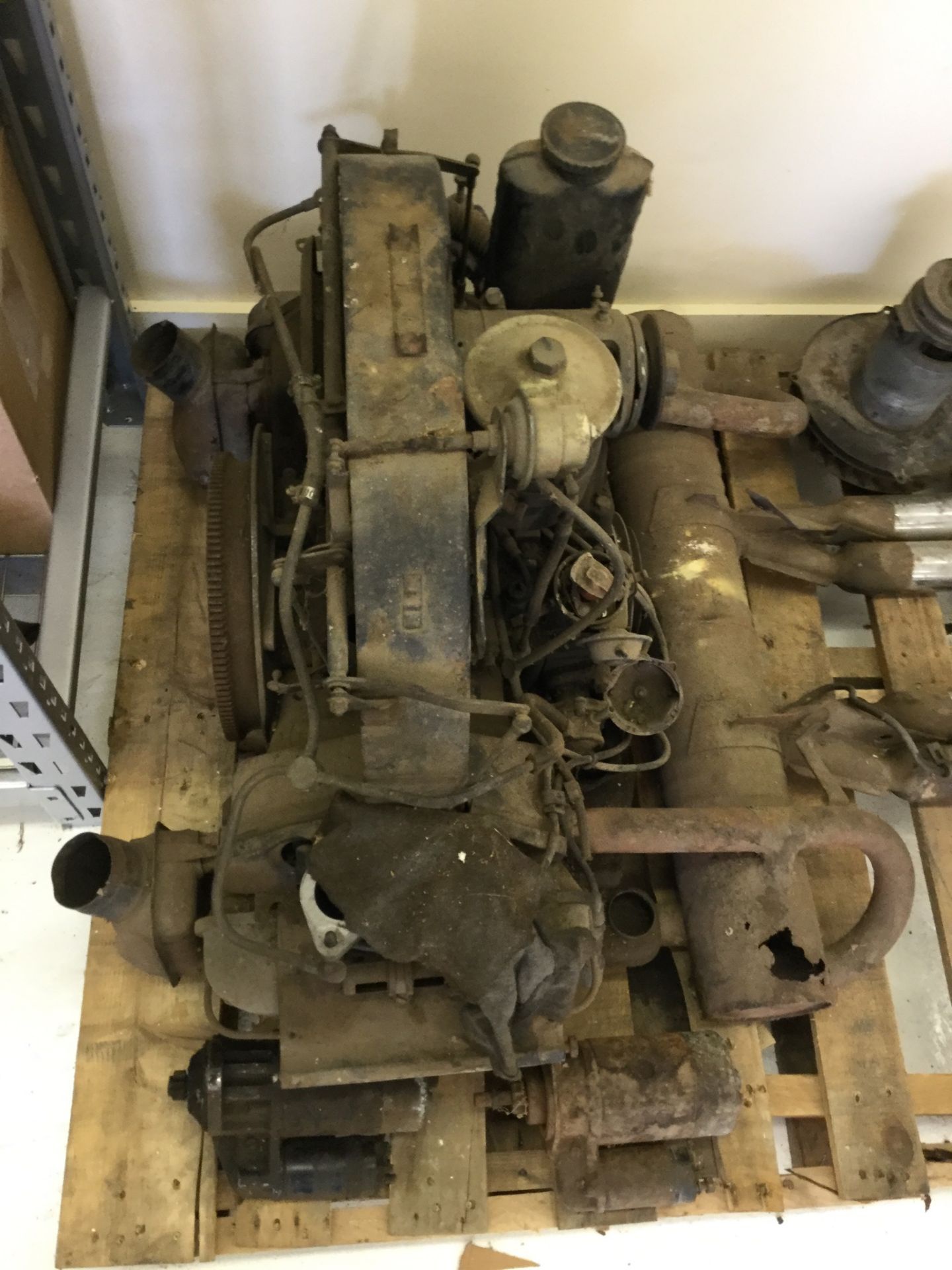 The complete numbers matching 90HP flat-four engine is included, but needs to be rebuilt and was originally connected to a 5-speed manual transmission. The seller did note that there seems to be a typo on the CoA and Kardex in which the last 3 numbers have been rearranged on both documents in the same order. The seller states that this is in fact a numbers matching transmission. 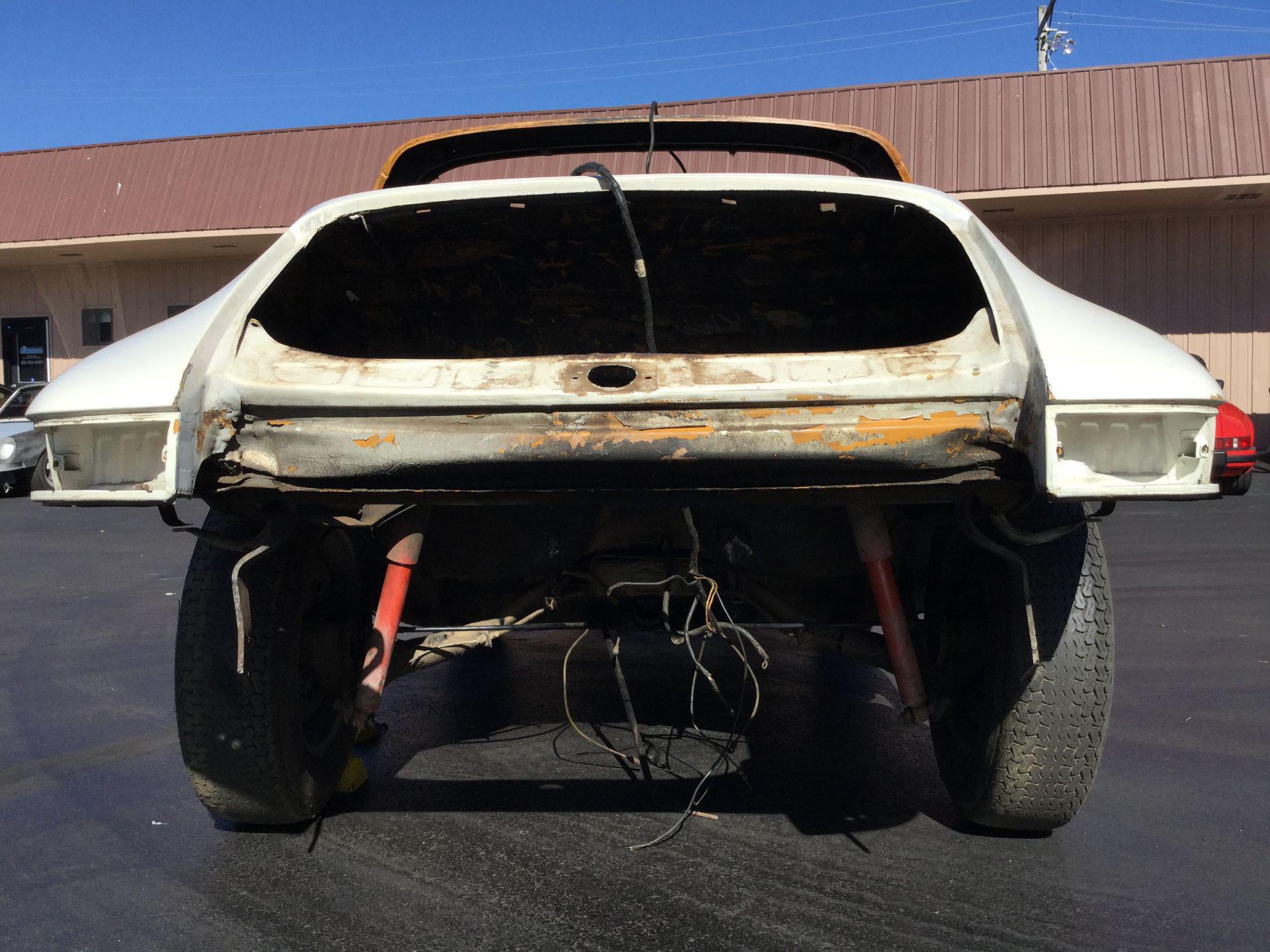 In the early 1960s, Porsche introduced the 911 as a replacement for the 356. Porsche was concerned that the 911’s price increase would cause them to lose customers. As a result, Porsche decided to introduce a new model, which used the new four-cylinder engine.  The Porsche 912 was born. 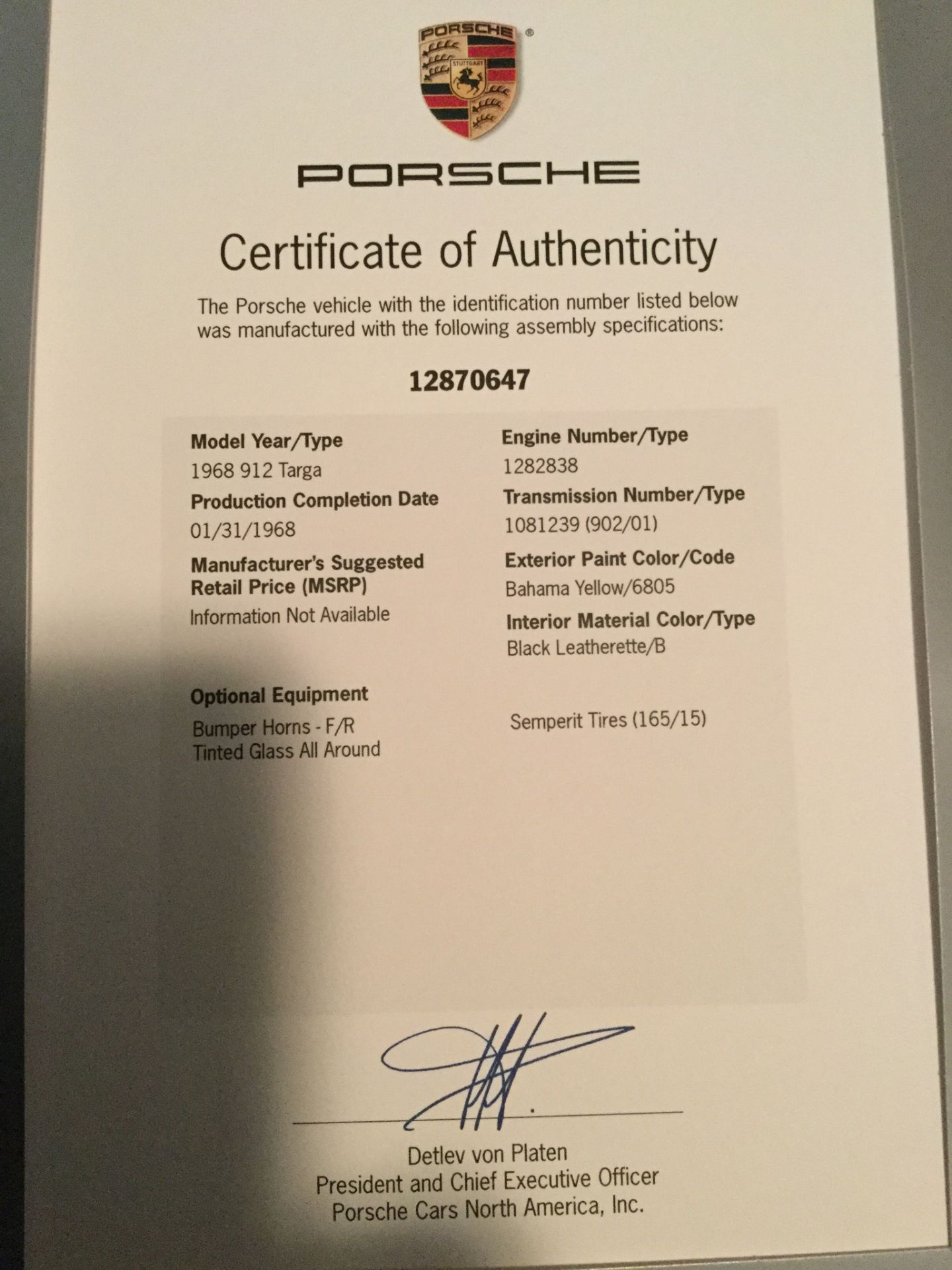 This 912 is being auctioned as-is without keys or records. Included with the sale is a Porsche Certificate of Authenticity and Kardex.