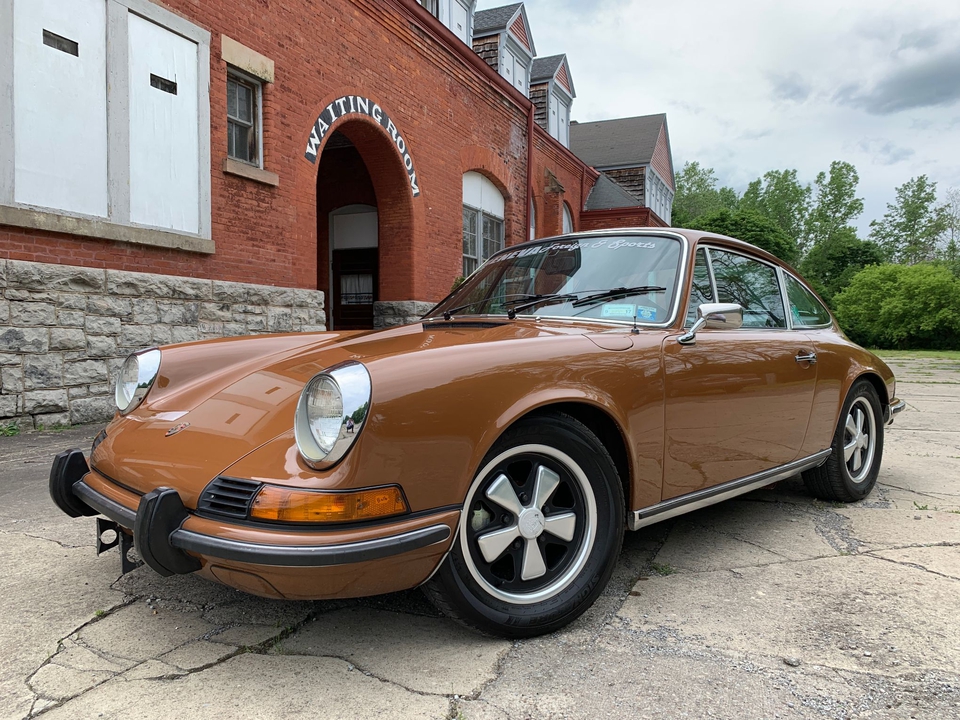 Up for auction is a very original 1973 Porsche 911 T.  It's low-mileage and rare color combination make this 911 a great addition for any Porsche enthusiast.  This 1-owner prized possession was originally purchased from Irmer Porsche in Rochester, NY.  Documentation confirms that the car was driven sparingly from 1984-1992.  Even though the car did not see the road often, the fastidious owner started the car and cared for it at a very high level during those years.  The 911 now resides in Geneva, New York and presents itself in the original yet perfect running condition you see today. 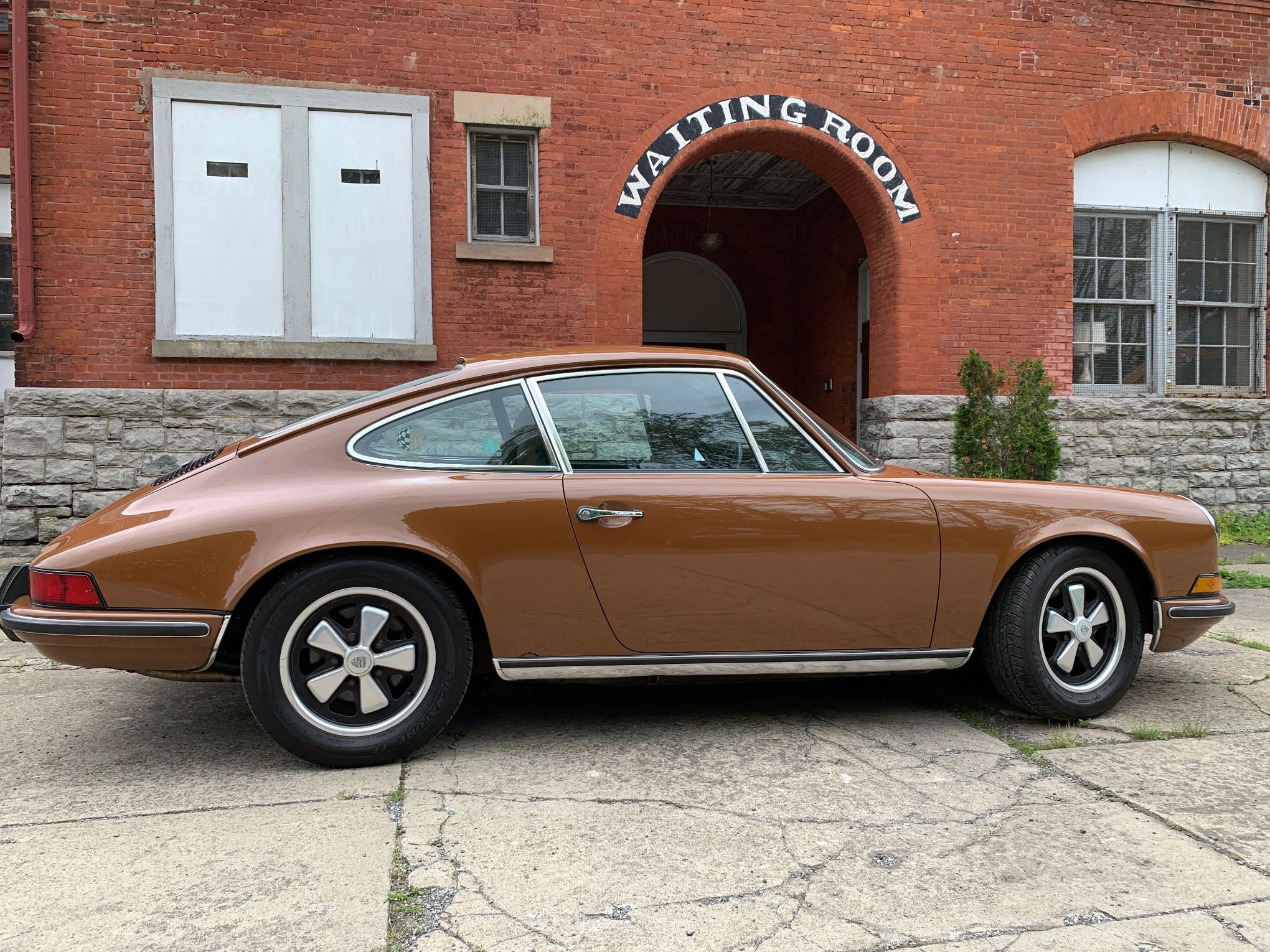 According to the seller, despite the cars wonderful patina, the Sepia Brown Paint is original and presents itself very nicely.  In order provide as much detail as possible, the seller noted and provided photos of the areas that show some blemishes or minor corrosion. 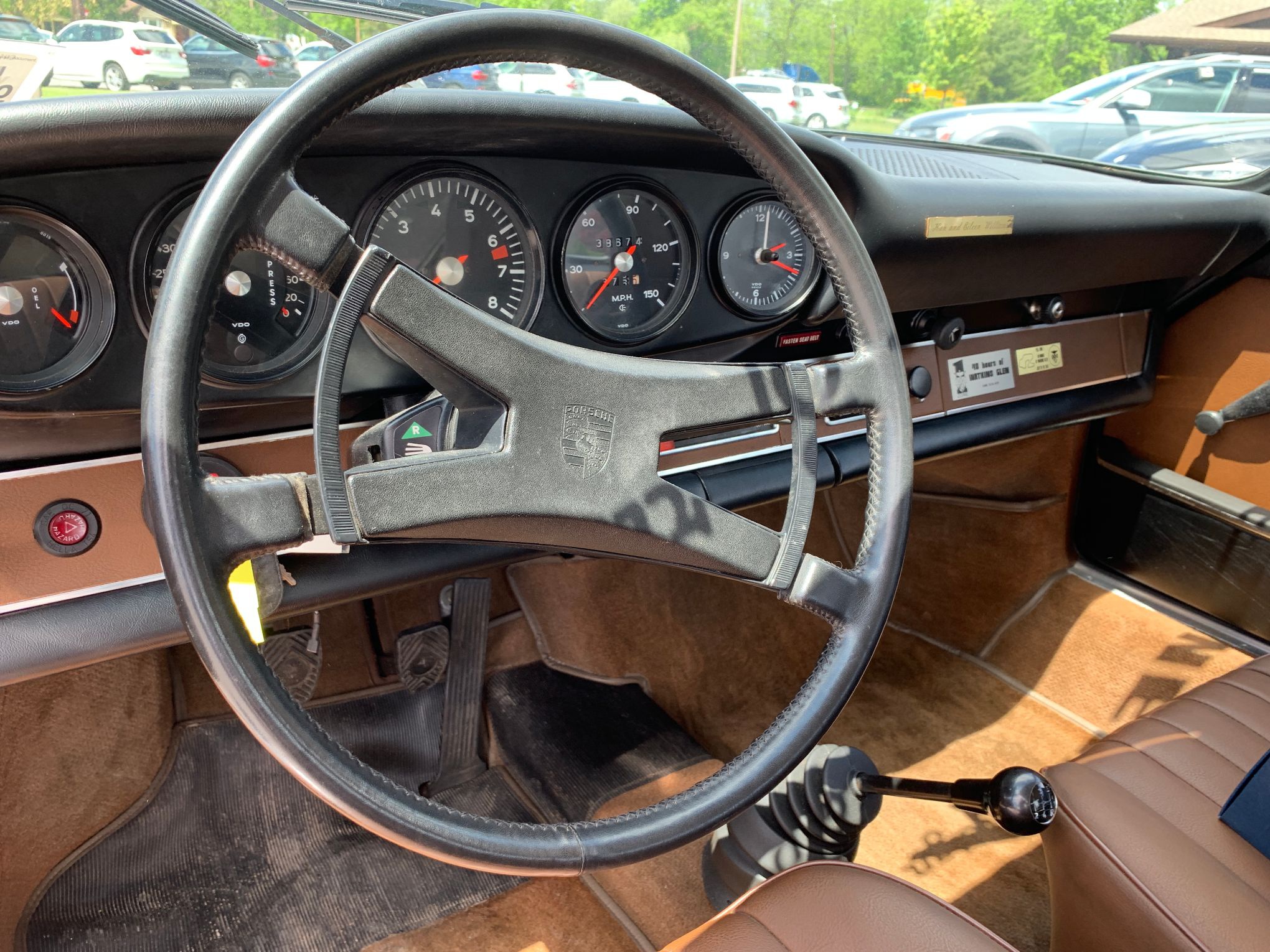 The contrasting Brown Leatherette interior is stated to be in excellent, all-original condition including its original floor mats.  The seller does note some wear on the drivers seat bolster near the seam.  Shown in the photo gallery is an original plaque that was affixed to the dashboard showing the original owners name.  All electronics are stated to be in working order. 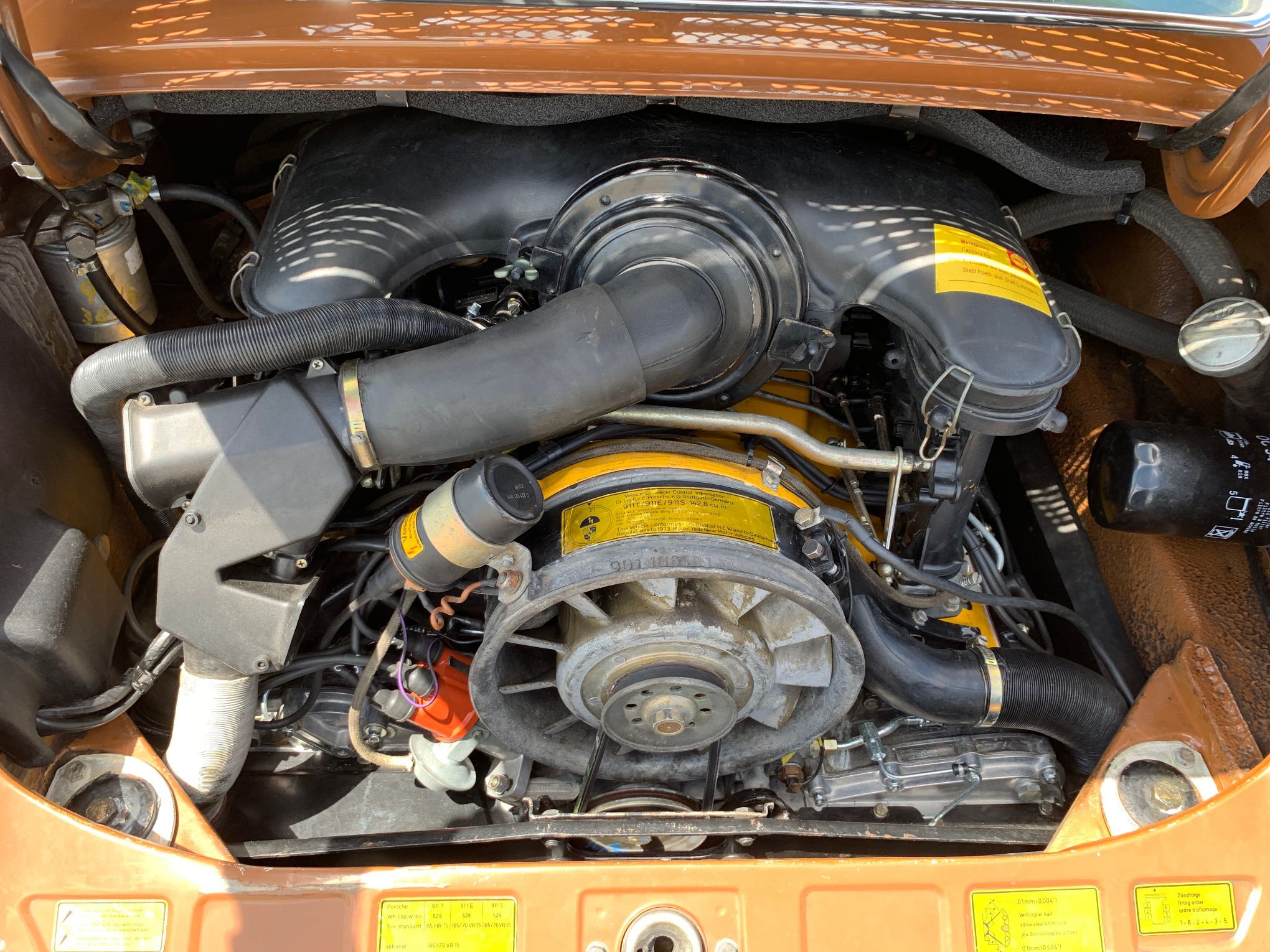 Power comes from the original matching numbers 2.4L flat-six engine delivering power to the rear wheels via a 915 manual transmission.  The mileage shows 38,534 and is fully documented; believed to be 100% accurate. Included with the vehicle is the original handwritten log book showing every time the vehicle was fueled and serviced. The seller states that this 911 underwent an extensively documented mechanical overhaul approximately 5 years ago.

Accompanied with the sale is original spare, tool roll, jack, C of A, service documentation, and log book.