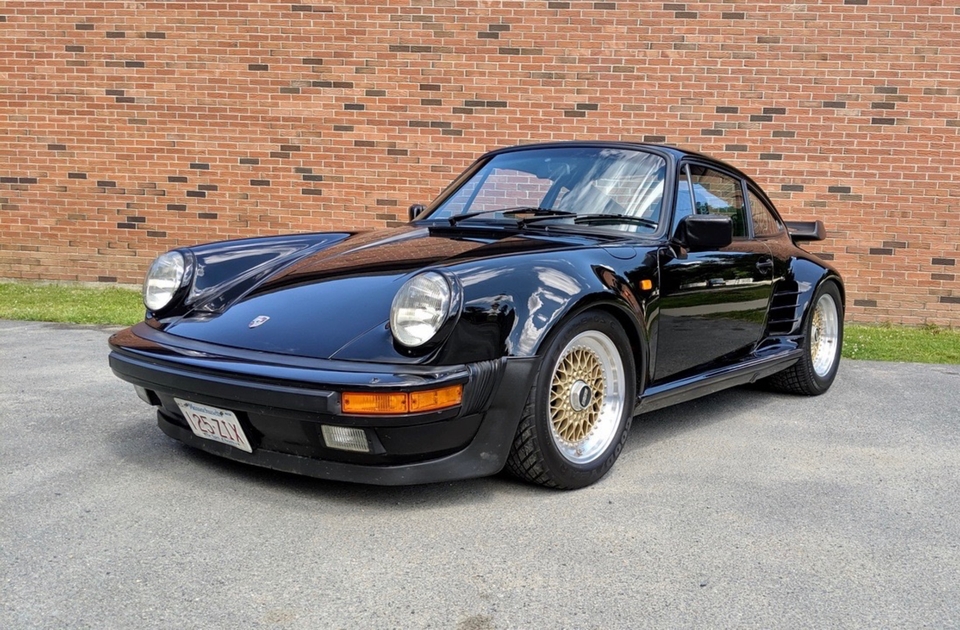 Up for auction is this Euro spec'd 1984 Porsche 930 Turbo.  From 1983 - 1985, the 930 Turbo was produced strictly for the European market.  Only a handful of these Turbos made their way to the States under what is called a “Grey Market Import”, making this 930 one of the more rare examples on the road today.  After being special ordered in Germany, the car made its way to Massachusetts where it still remains.  Upon delivery, the car was given an additional custom VIN number due to state regulations.  In 1994, the current owner purchased this Turbo locally from the original owner. 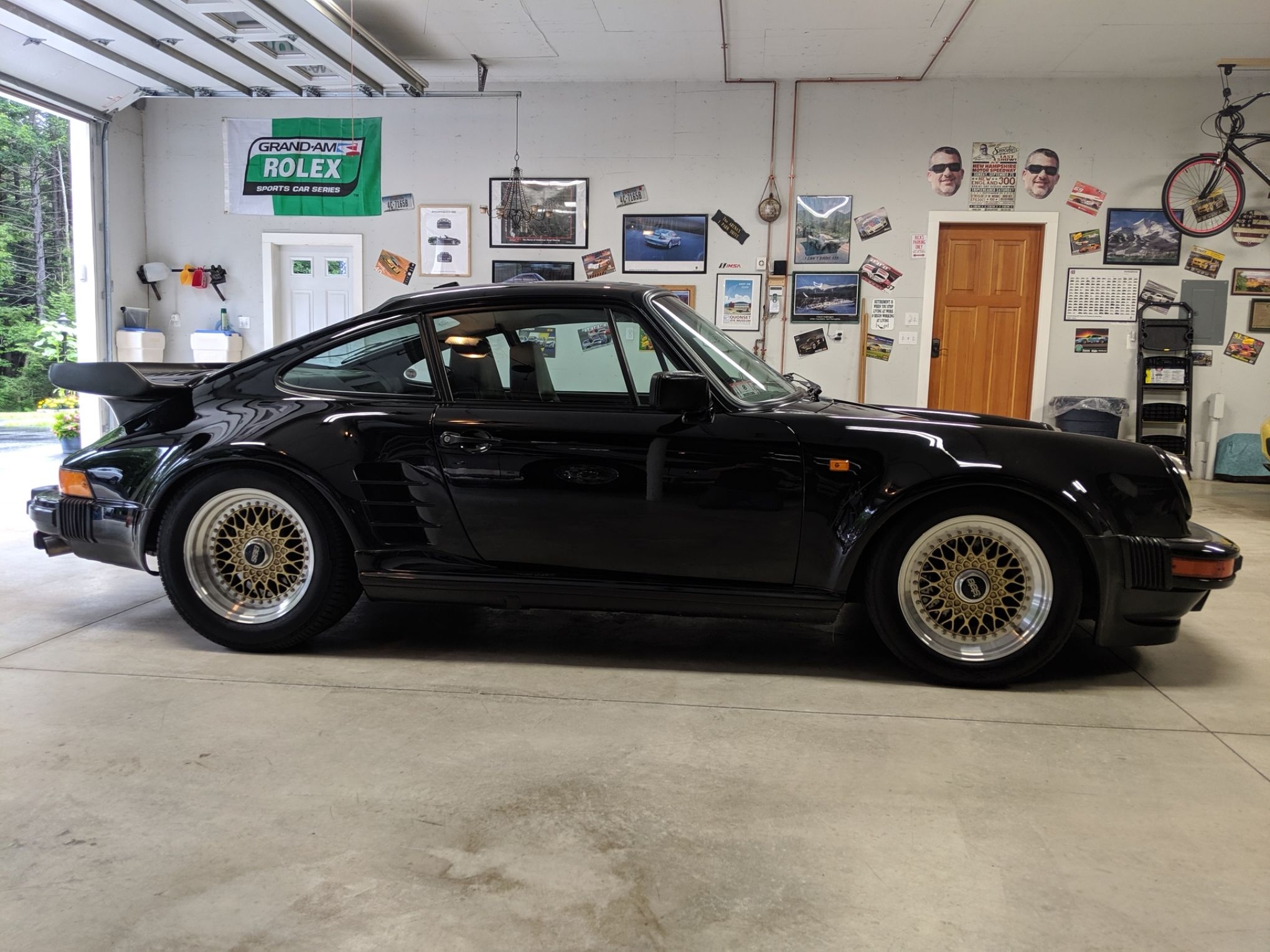 The black exterior paint is stated to be all original aside from a respray of the front and rear bumpers to correct rock chips.  The seller claims that the paint is in great overall condition with only a few blemishes.  This Turbo is equipped with a quad-pipe exhaust system and integrated air vents in the rear fenders.  Additionally, Brixton side skirts are installed along with a fresh set of factory-style BBS wheels, giving this Turbo an aggressive look. 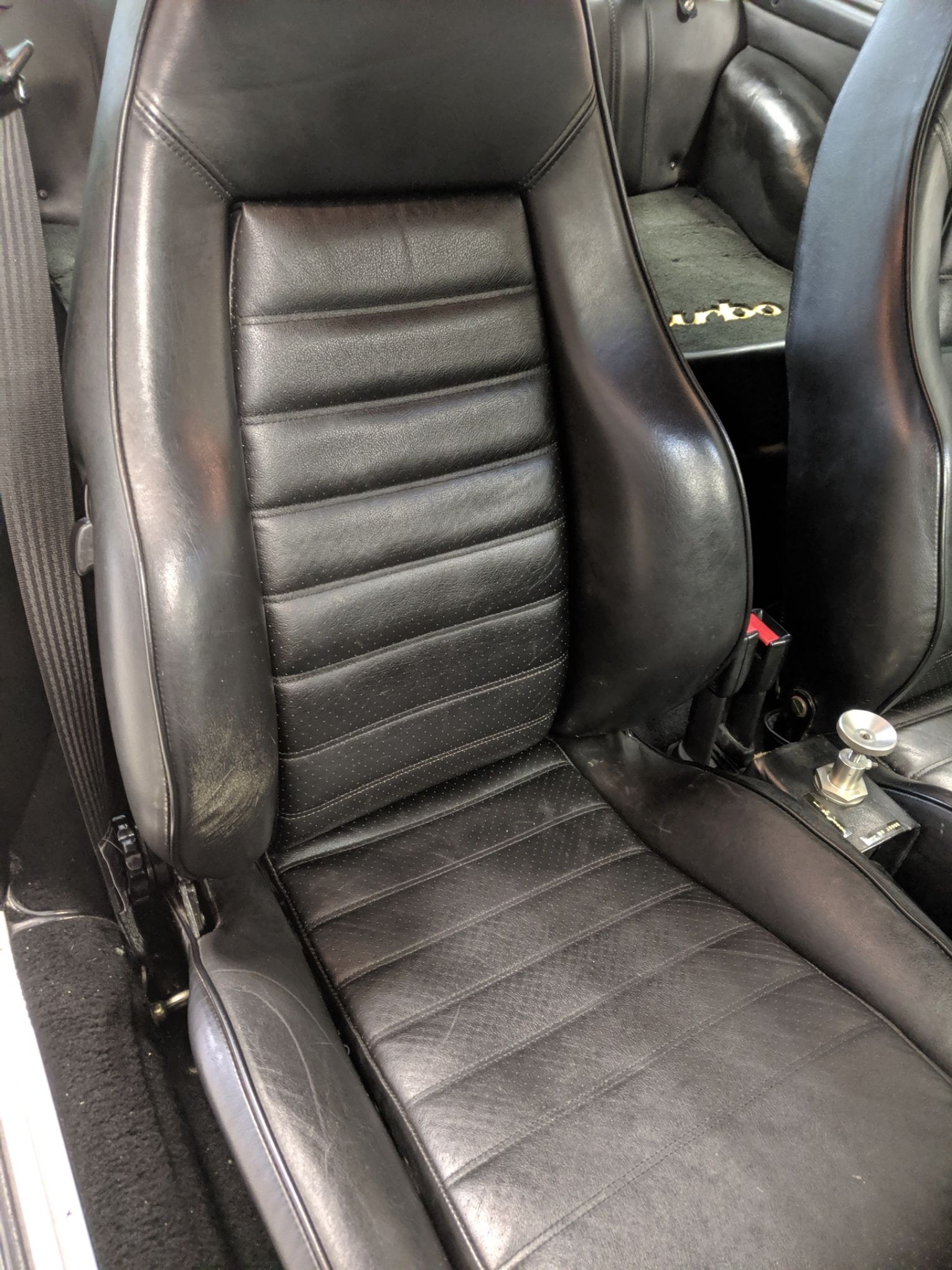 The all-original black leather interior presents as an original honest car with only minor wear, typical of a car from this time period.  The leather is stated to be in above average condition with slight wear to the front sport seats and slight warping of the dashboard. 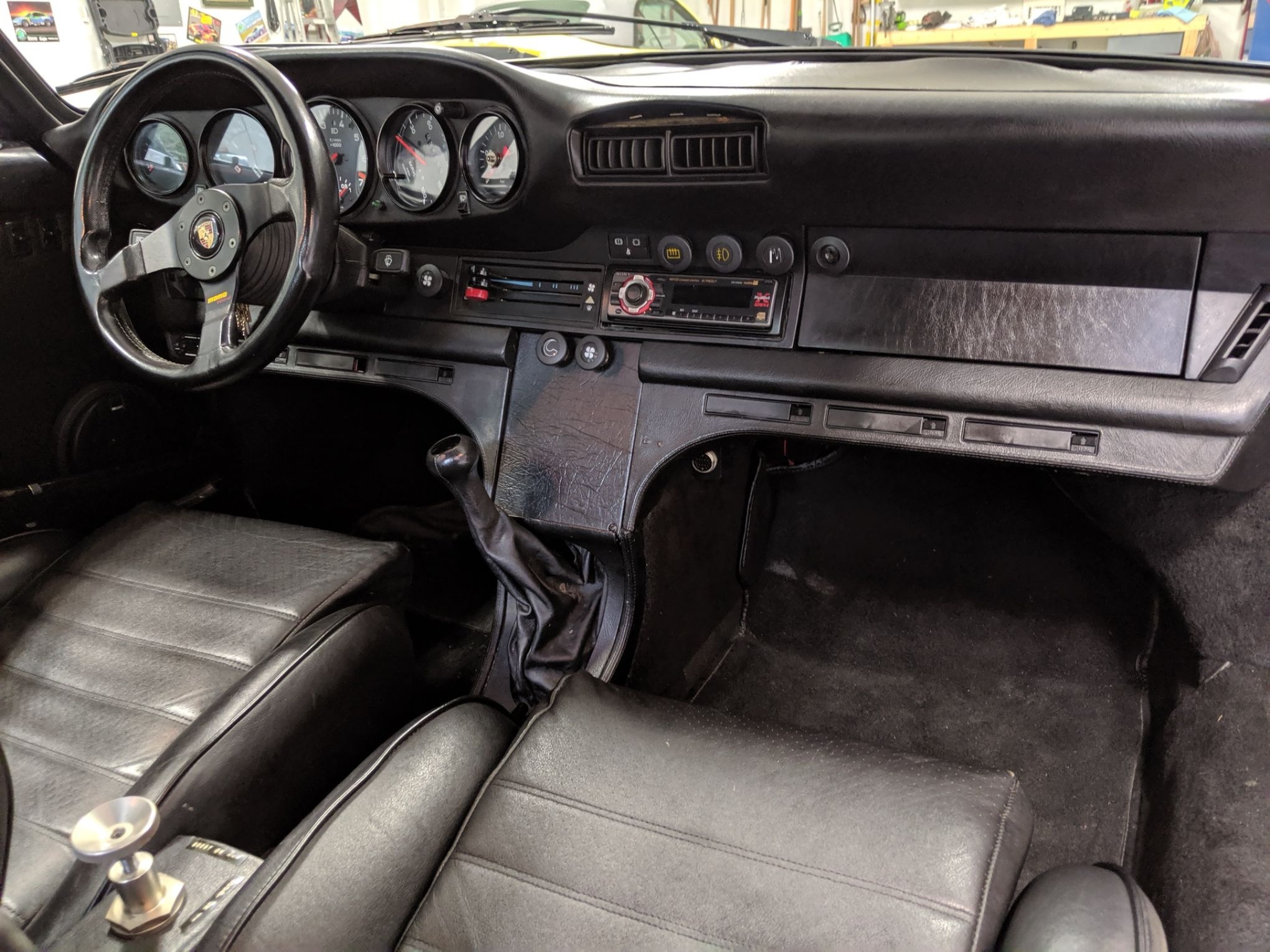 This Turbo is fitted with multiple period-correct upgrades from Germany including:

With the exception of the VDO boost gauge, all components are stated to be in working order including the factory sunroof. 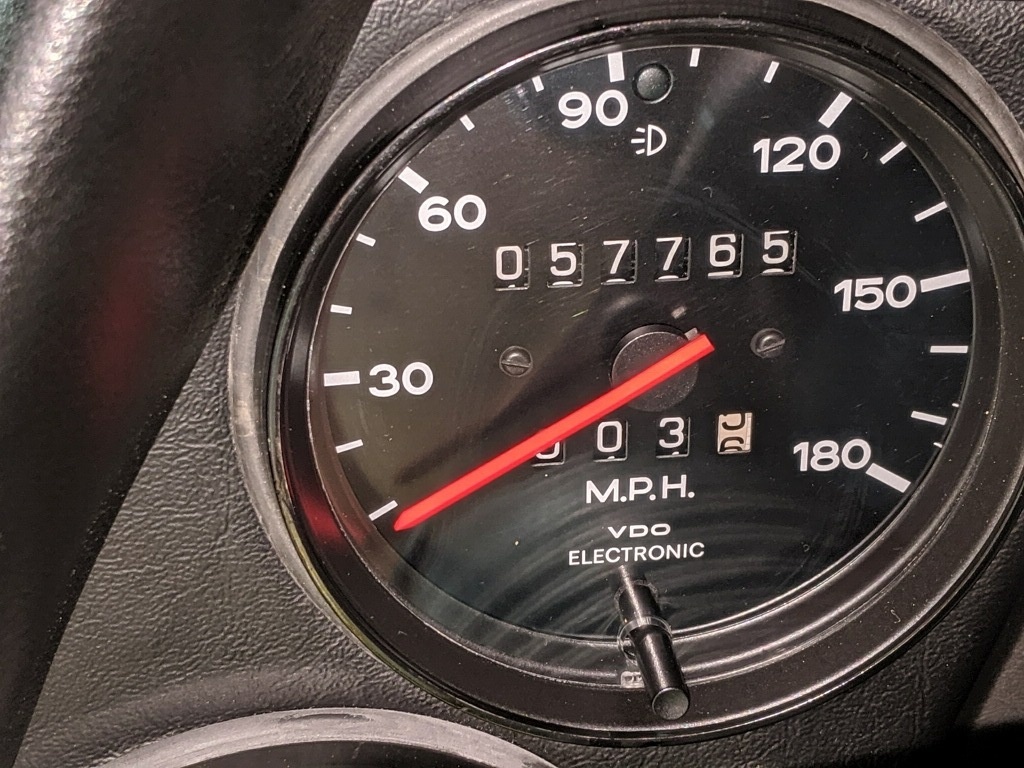 Due to a replaced “MPH” speedometer, the true mileage may have been affected, though it is not confirmed.  Accordingly, the MA title does show an odometer reading of 10,287 when purchased by the current owner and the car stands as it should for the mileage shown. 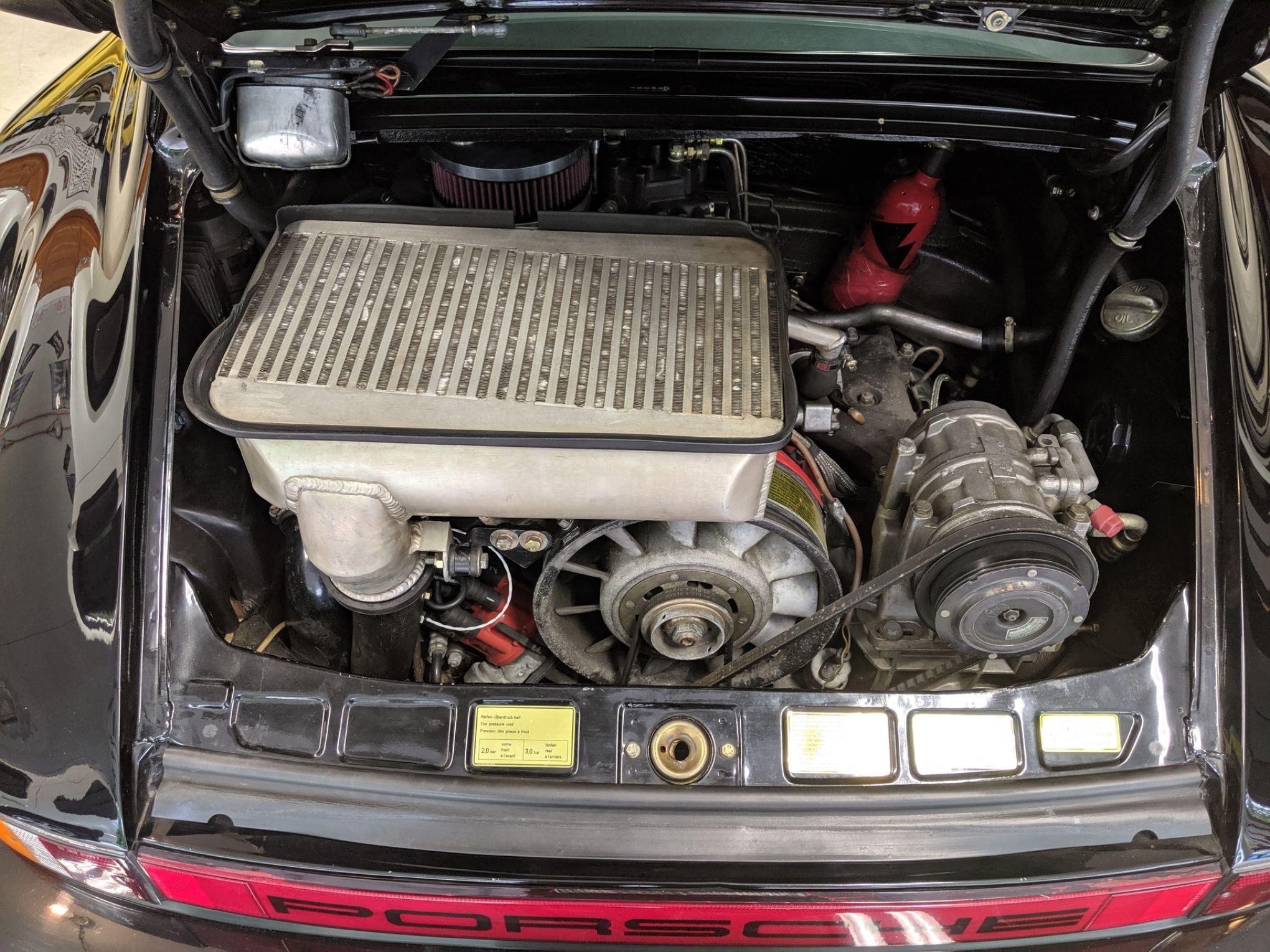 This 930 retains its original 3.3L single turbo charged engine that sends power to the rear wheels via a 4-speed manual transmission.  The seller claims the car to be exceptionally fast with the help of an upgraded K&N air-filter and an Andial intercooler.

The following items were addressed by the seller: 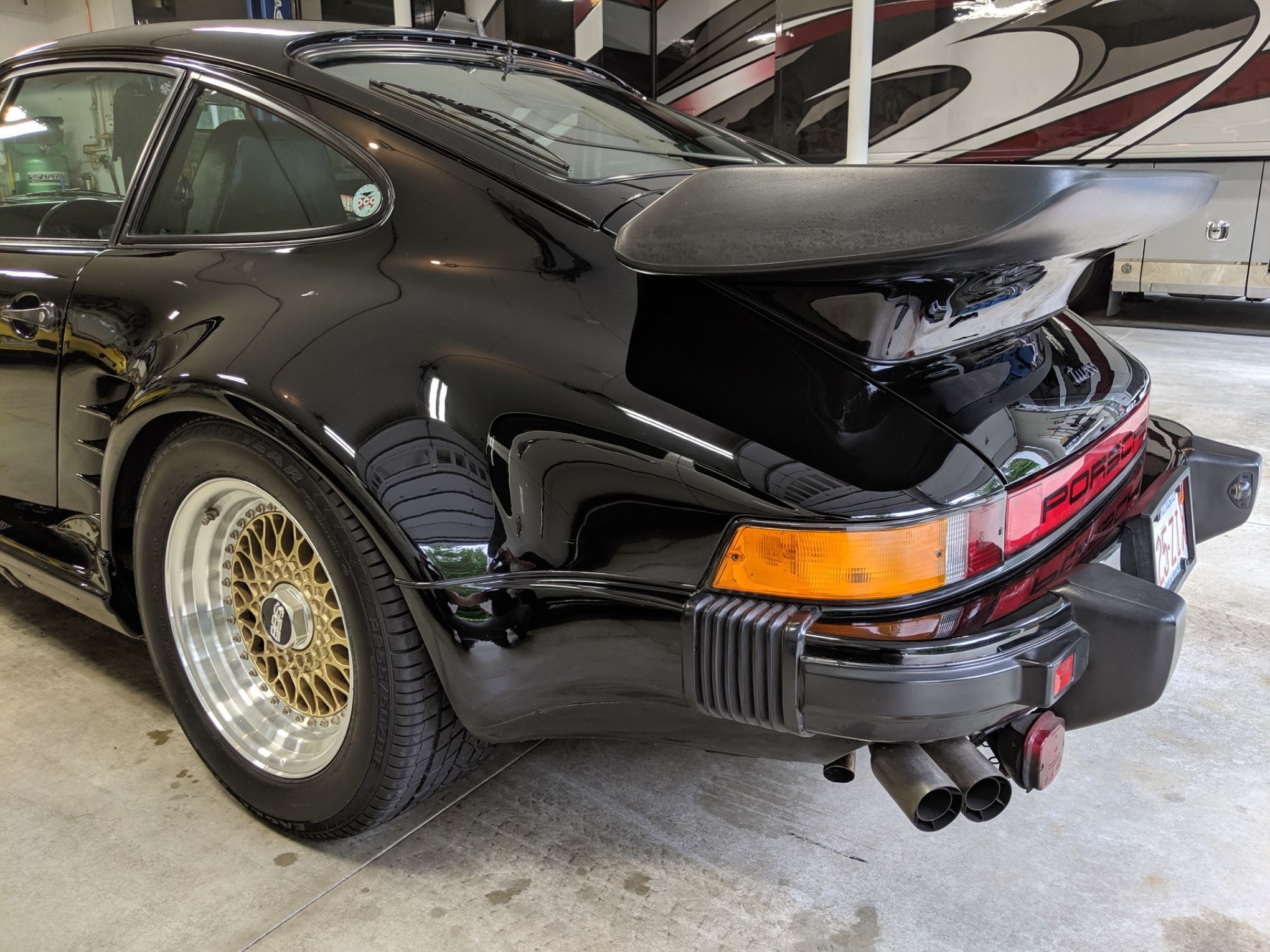 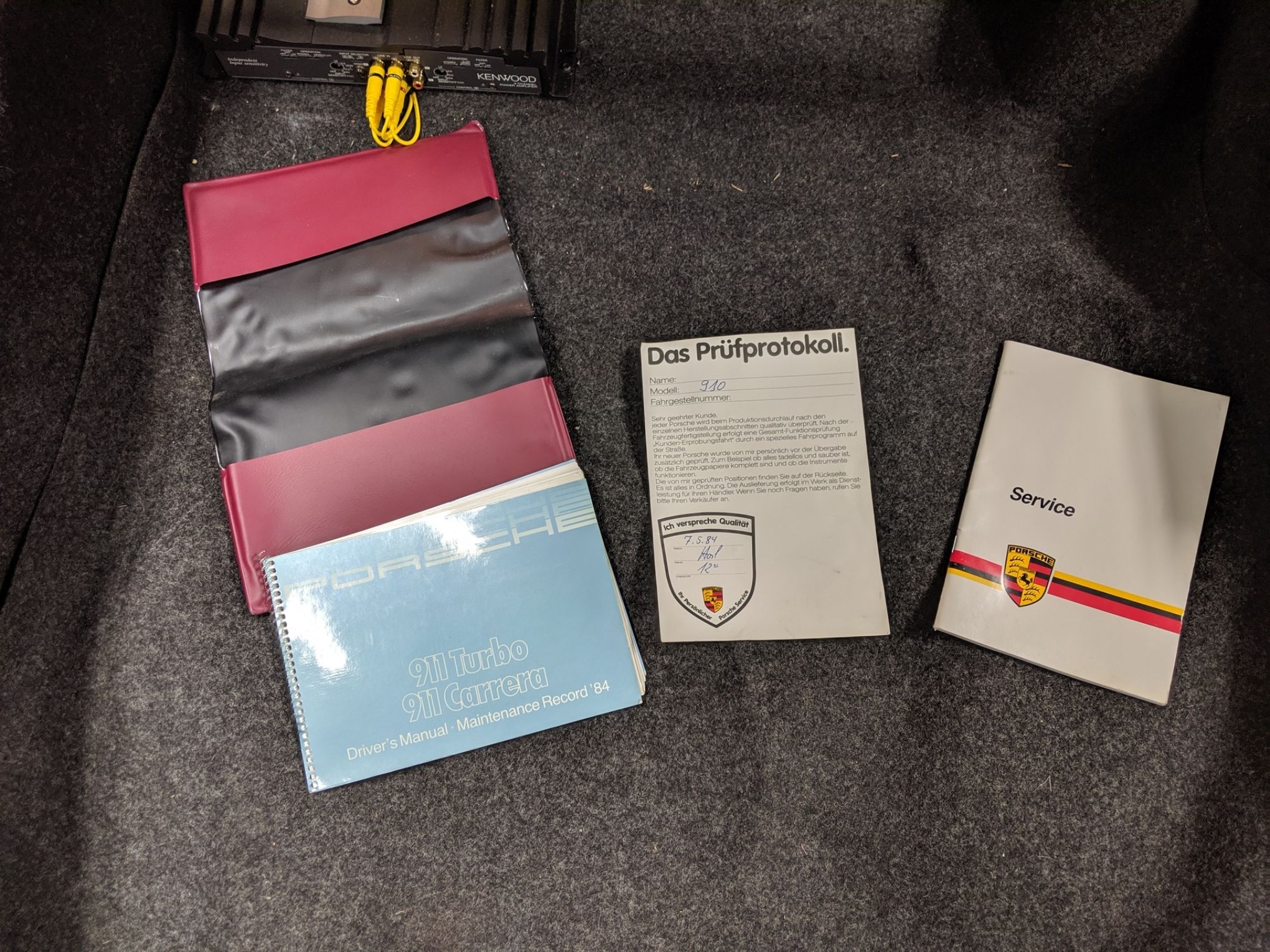 The sale will include all keys and the original books.