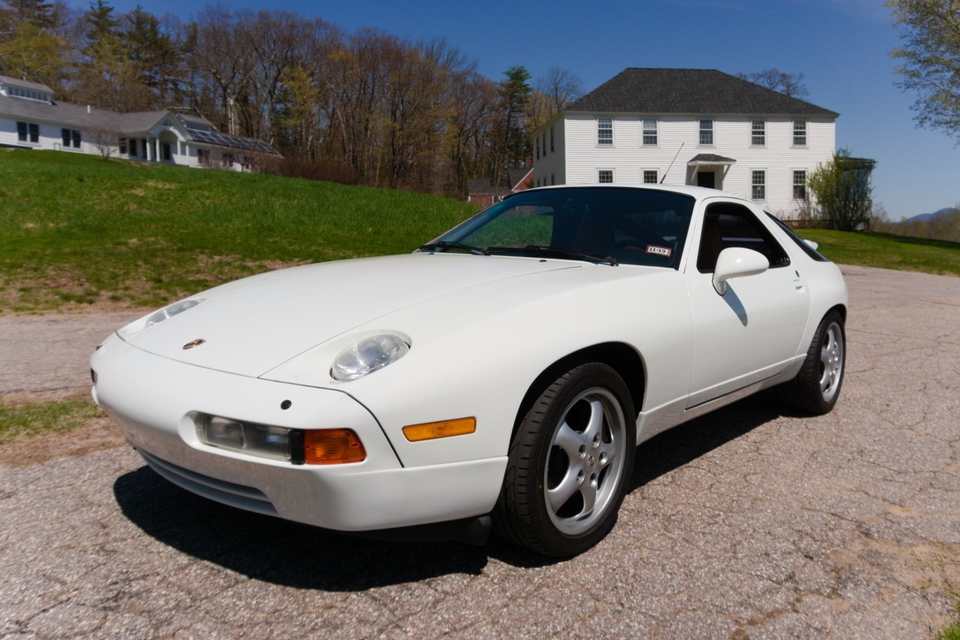 We are excited to offer this rare 1994 Porsche 928 GTS for auction. The 928 was originally developed to replace the iconic 911, but has instead found its own prestige as Porsche’s ultimate grand tourer. This car was originally delivered to California in December of 1993. It was driven 30,000 miles over the next 6 years. The fourth owner purchased the GTS in 2010 and shipped it from California to Virginia. In August of 2017 the current owner purchased this GTS and has added roughly 2,800 of its 52,859 total miles. 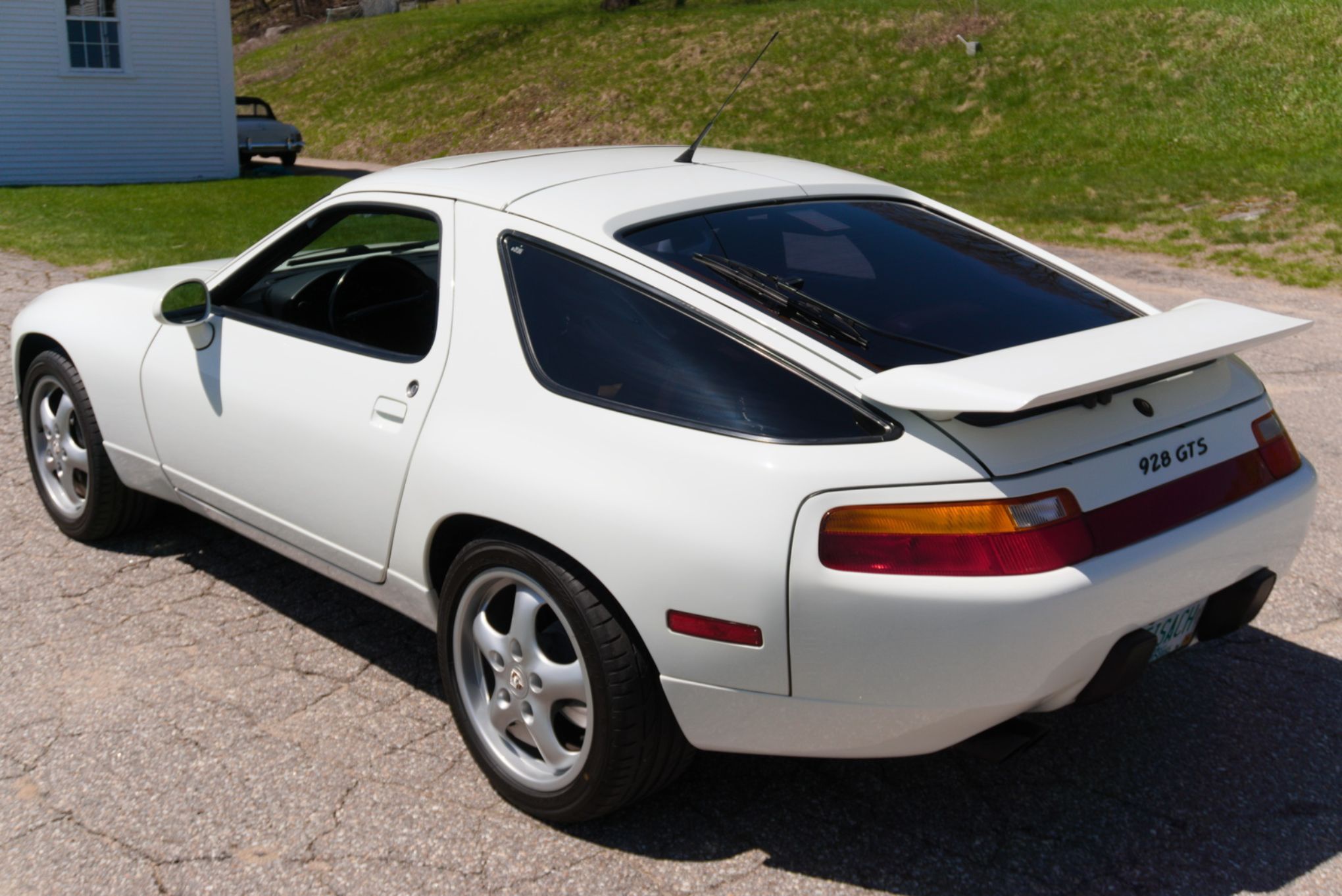 This vintage grand tourer is finished in historic Grand Prix White. The seller indicates that there may have been partial resprays of the hood, fenders, leading roof edge, and lower door panels per the paint meter readings. The paint is otherwise stated to be original and in great condition. A clean Carfax report indicates that this car has not been in any accidents and has suffered no damage during its time on the road. This GTS sits on original Cup wheels, recently fitted with four new OE-sized Bridgestone S04 tires. These wheels are stated to be in excellent condition with the only exception being a small scratch on one wheel.  The only issue the seller has noted is that the rear wiper needs to be replaced. No exterior modifications have been performed on this car and it looks just as it did the day it was delivered.

This 928 sports a luxurious cashmere interior. The interior stands in great condition with no flaws indicated by the seller. This car comes equipped with several expensive factory options including an electric sliding sunroof and air conditioner with improved efficiency (rear A/C). The front and rear seats are appointed with the draped leather option and show no tears or damages. The audio system has been upgraded with an aftermarket head unit and door speakers, however, the sale will include the original components. All accessories and electrical systems are working perfectly and the A/C still blows ice cold. 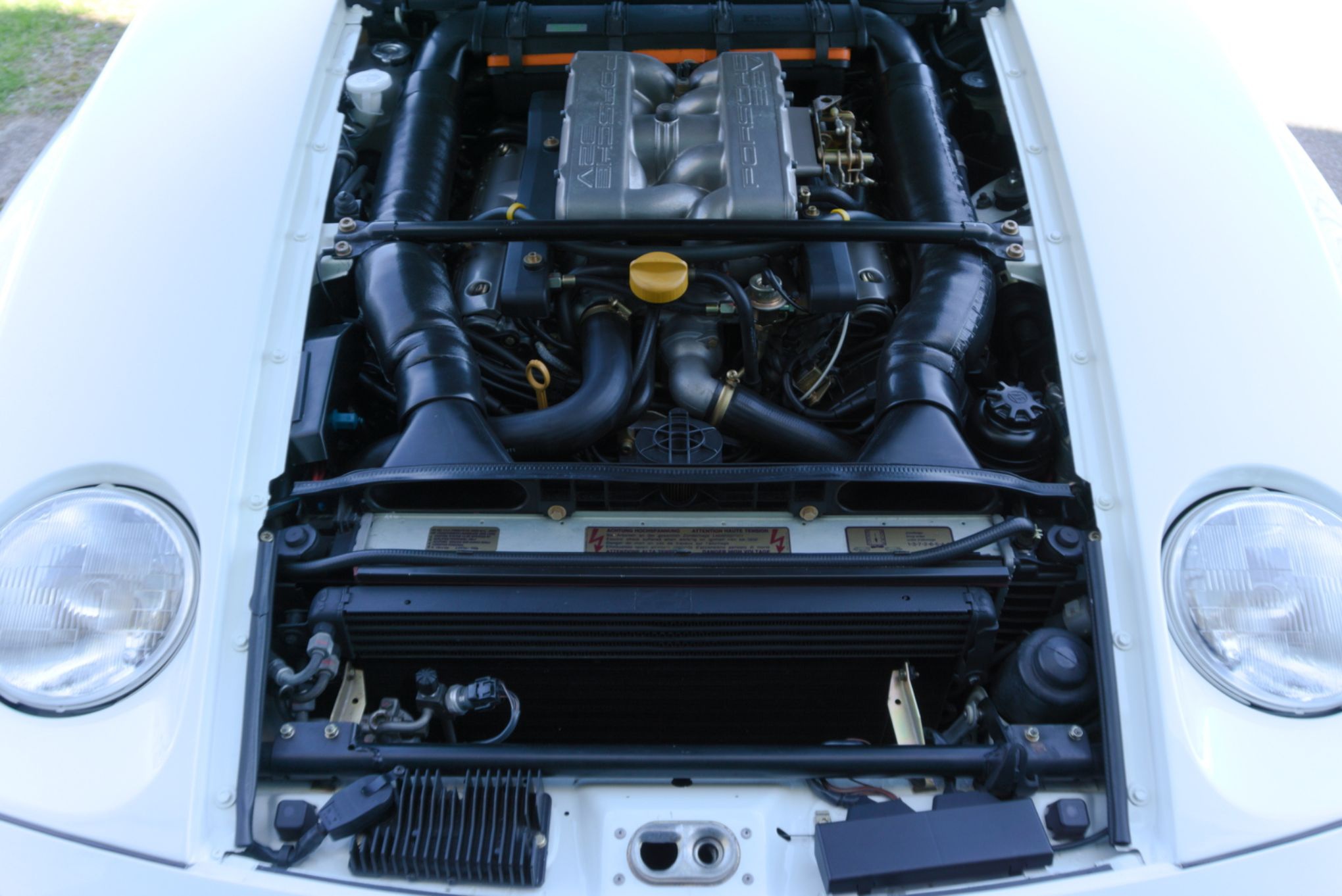 An upgrade from past models, this 928 GTS features a 5.4-liter DOHC V8. This burly V8 is mated to an automatic reared-mounted transaxle. Producing 345 horsepower and 369 lb-ft of torque, the 928 GTS is capable of accelerating from 0-60mph in just 5.4 seconds. In 2016, this car underwent an extensive $27,000 engine-out / firewall-forward mechanical restoration by Precision Motorwerks. This restoration included the drilling of the oil drain holes (missing from factory) in the piston skirts, allowing this car to produce power unhindered by high oil consumption issues typical of this model. This comprehensive service is fully documented in a seven-page invoice included with the records. Records also show that all services are up to date. 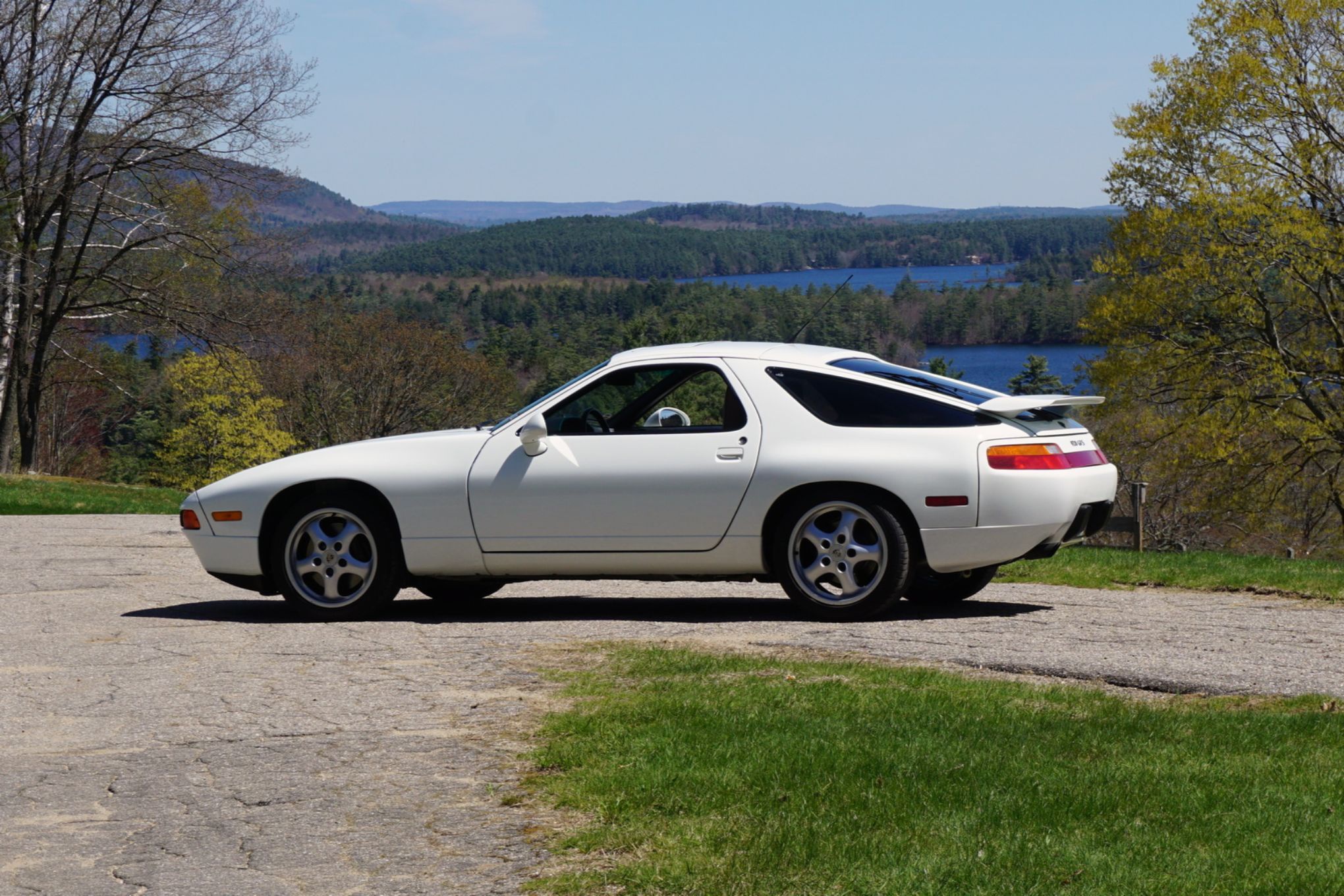 The 928 is said to symbolize a bygone standard of luxury and quality. These plush grand touring cars frequently commanded sticker prices upwards of $90,000, making them some of the most expensive cars on the road at the time. These cars are now coveted amongst Porsche collectors and are cherished for their premium ride quality and hearty performance. Even by today’s standards, these are very fast and very comfortable cars. 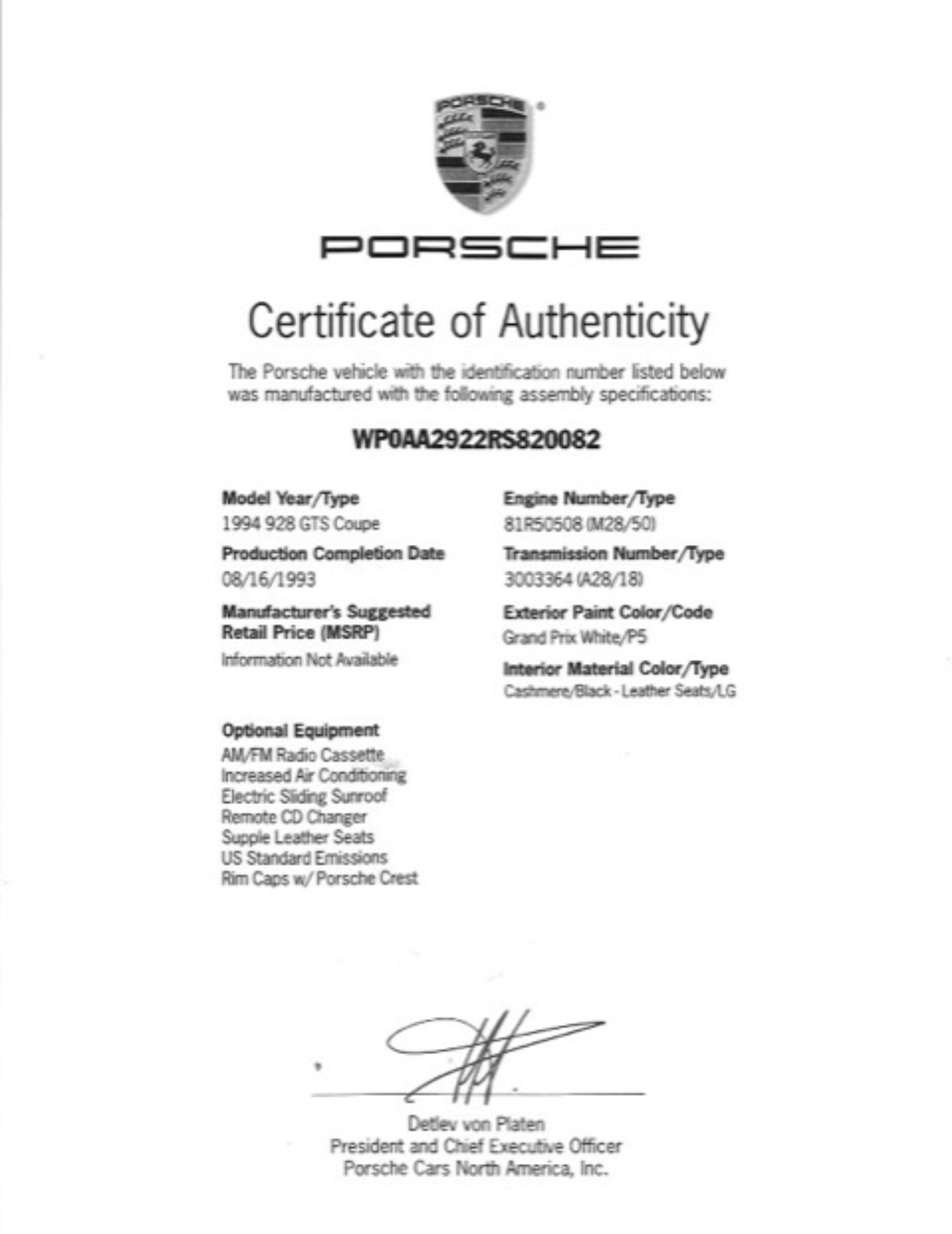 The sale will include a Certificate of Authenticity, original books, a Carfax report, complete tool kit, spare, all books, front license plate bracket, spare tire cover, the original stereo amplifier, head unit, CD-changer and cabling.  With thorough documentation, a reliable service history and original parts, this 928 is ready to be cared for and enjoyed by its new owner.