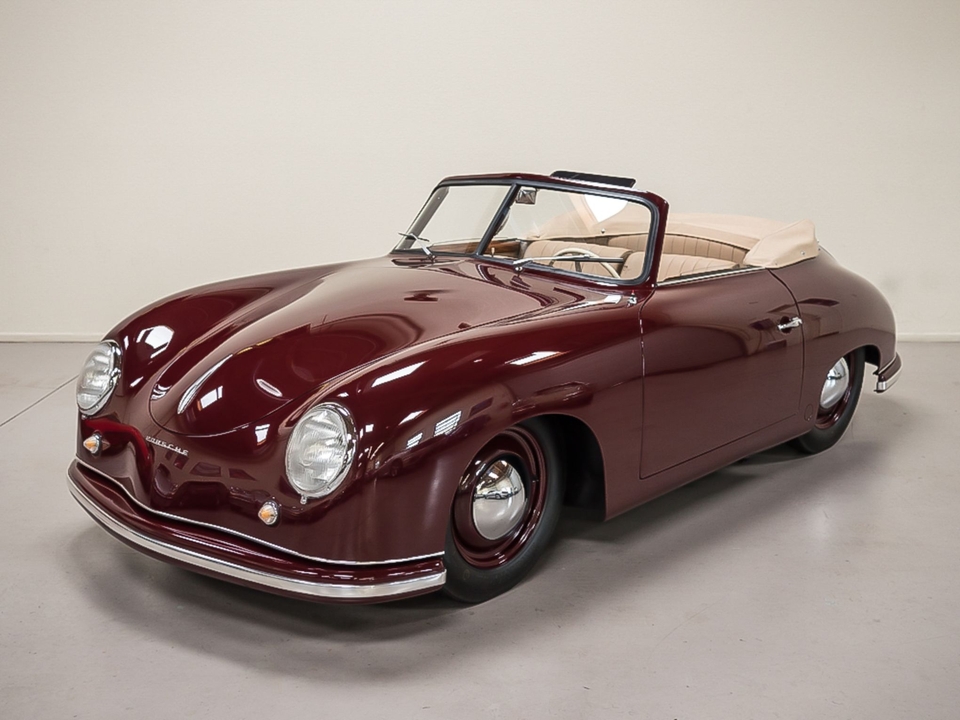 We are pleased to present this highly sought-after 1951 Porsche 356 Pre-A "Split-Window" 1300cc Cabriolet finished in its original color combination of Pascha Red over Beige leather.  Completed on September 8th, 1951 and delivered new to its first owner in Argentina where it would remain for over 30 years, this 356 was eventually purchased by a German buyer who shipped the car to the U.S. before having it exported to Germany.  The car underwent a complete nut and bolt restoration to an exceptionally high standard shortly after and it remained in Germany until changing hands again in 2017.  In the past few years after its most recent owner purchased it, this 356 had been imported back into the U.S.  Retaining its original number’s matching drivetrain, this concours-grade 1300 Split-Window Cabriolet is now being offered for auction by CPR Classic in California. 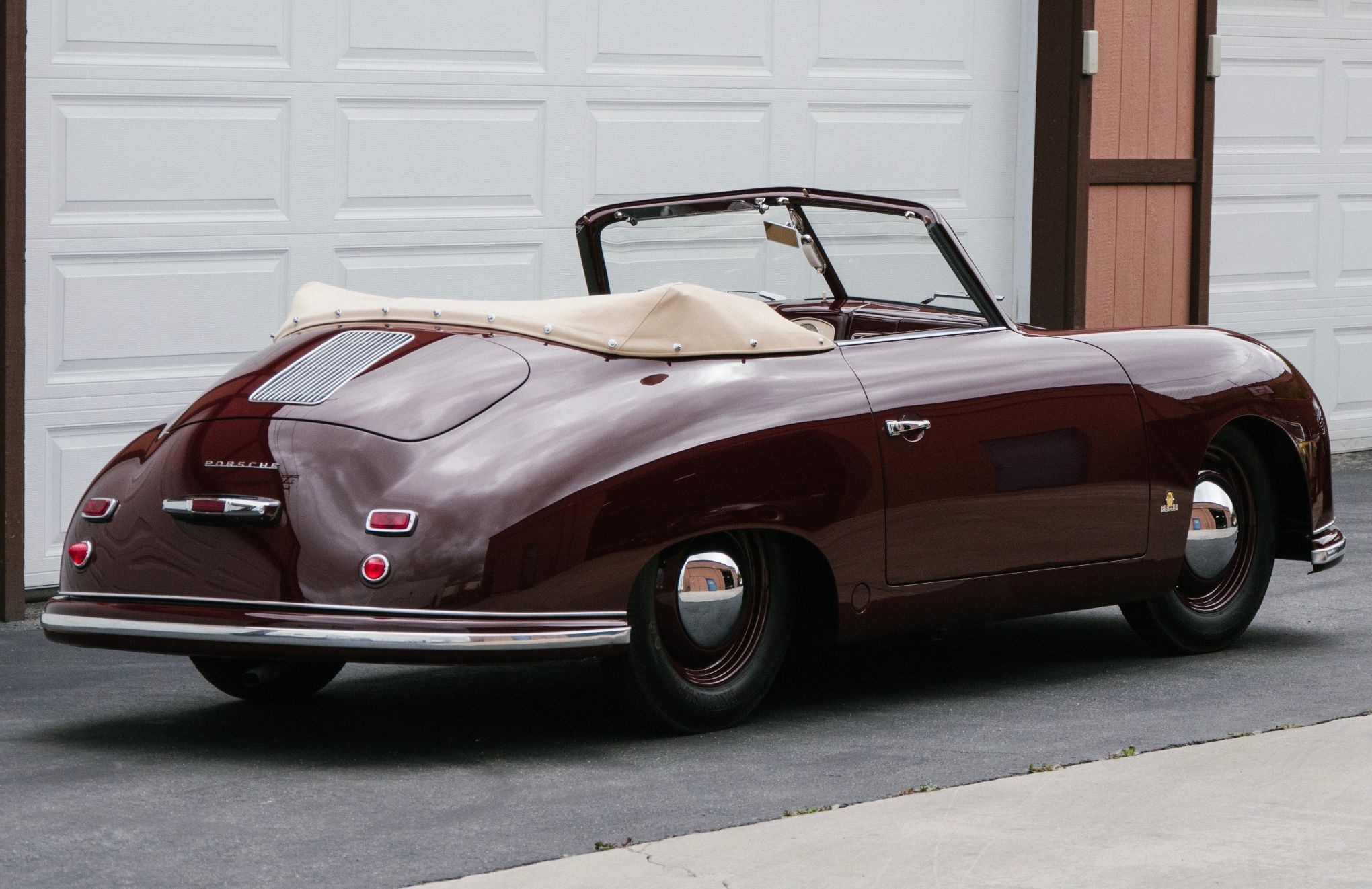 During its recent restoration, this 356 was completely dissasembled and refinished in its correct factory color of Pascha Red.  All of the brightwork was also fully restored and the exterior finish is reported to be in immaculate concours condition (detailed images are provided in the photo gallery).  This early Reutter-bodied 356 can be distinguished by its smoother front fascia and the raised level of its headlights as well as its distinctive Split-Window design front windscreen.  Factory 16” wheels are equipped which are date stamped and color matched in Pascha Red with chrome hubcaps. 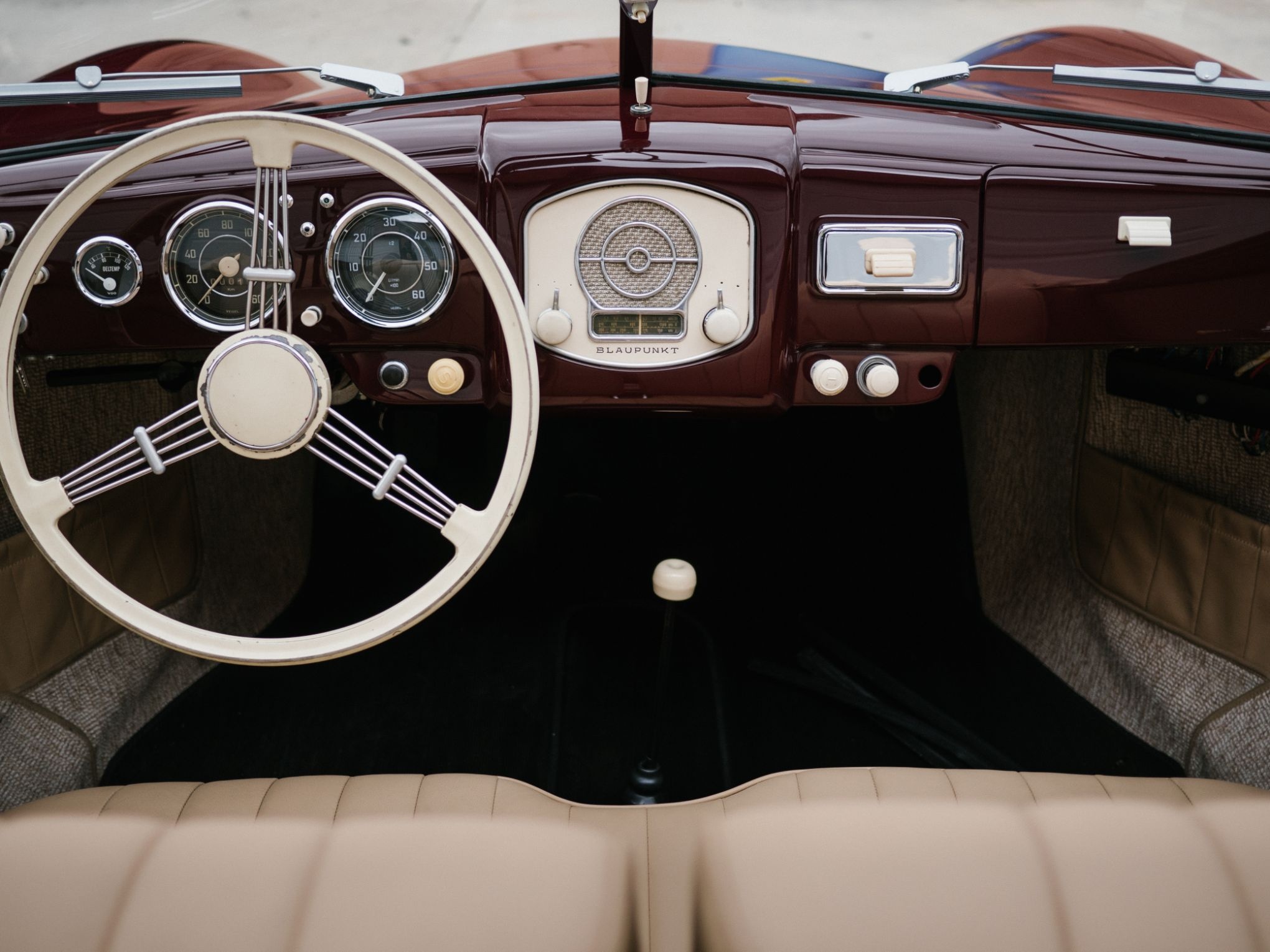 Inside, the Beige leather cabin has been painstakingly restored to its original factory specifications with all new upholstery and carpeting.  The steering wheel was left unrestored and the original Blaupunkt radio is said to remain fully functional. 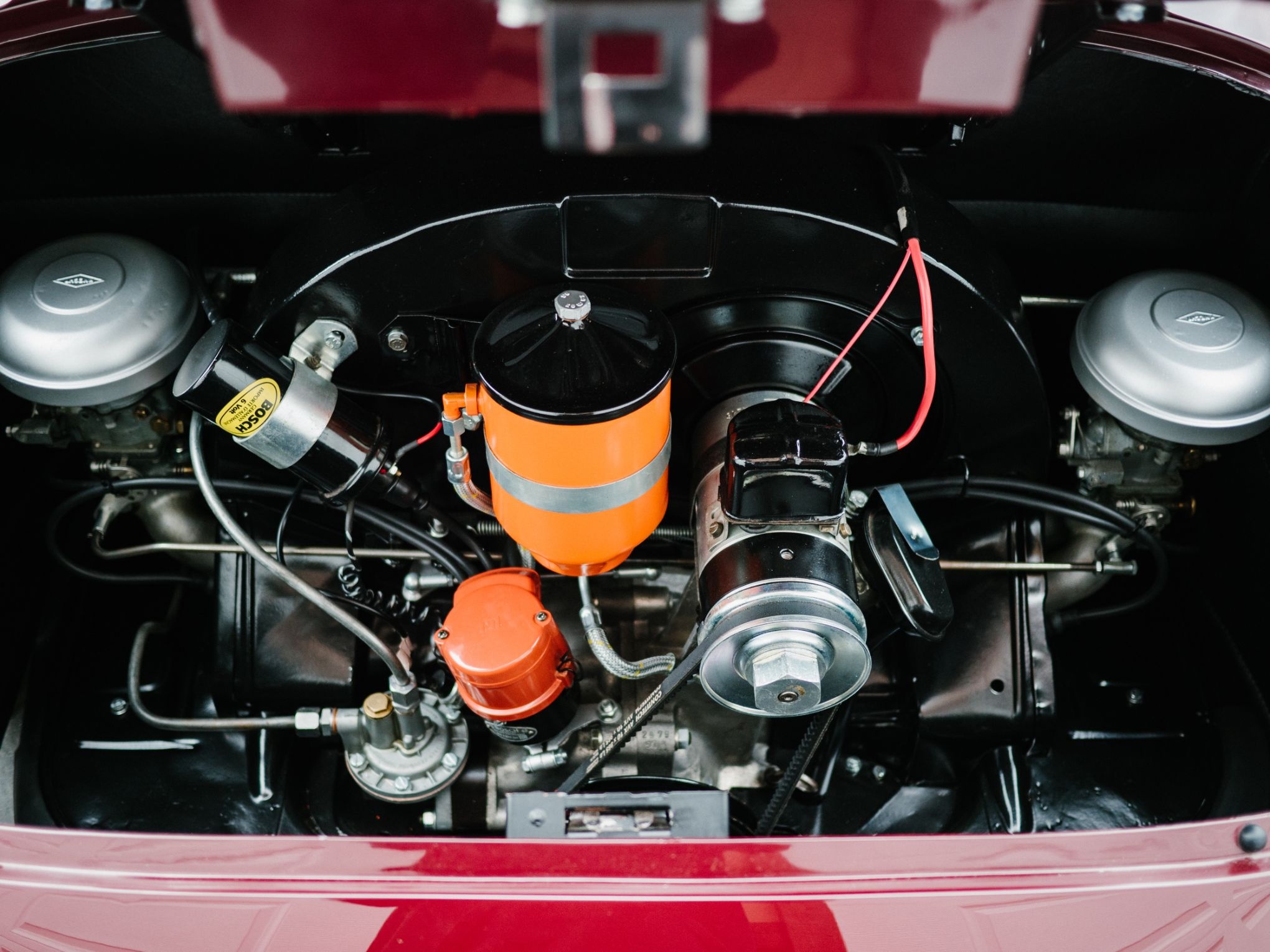 Introduced in 1951, the type 506 1300cc flat-four engine boasted a revised Volkswagen crankcase with a forged steel crankshaft and light alloy cylinder barrels. In comparison to its 1100cc predecessor with cast-iron cylinders, this amounted to considerable weight savings.  Approximately 44HP is sent to the rear wheels through a number’s matching 4-speed manual gearbox.  The engine was fully rebuilt during the recent restoration with only 11km driven since.  Having been completely gone through by CPR Classic, this 356 is said to be in brilliant mechanical order, fully prepared for driving and concours events. 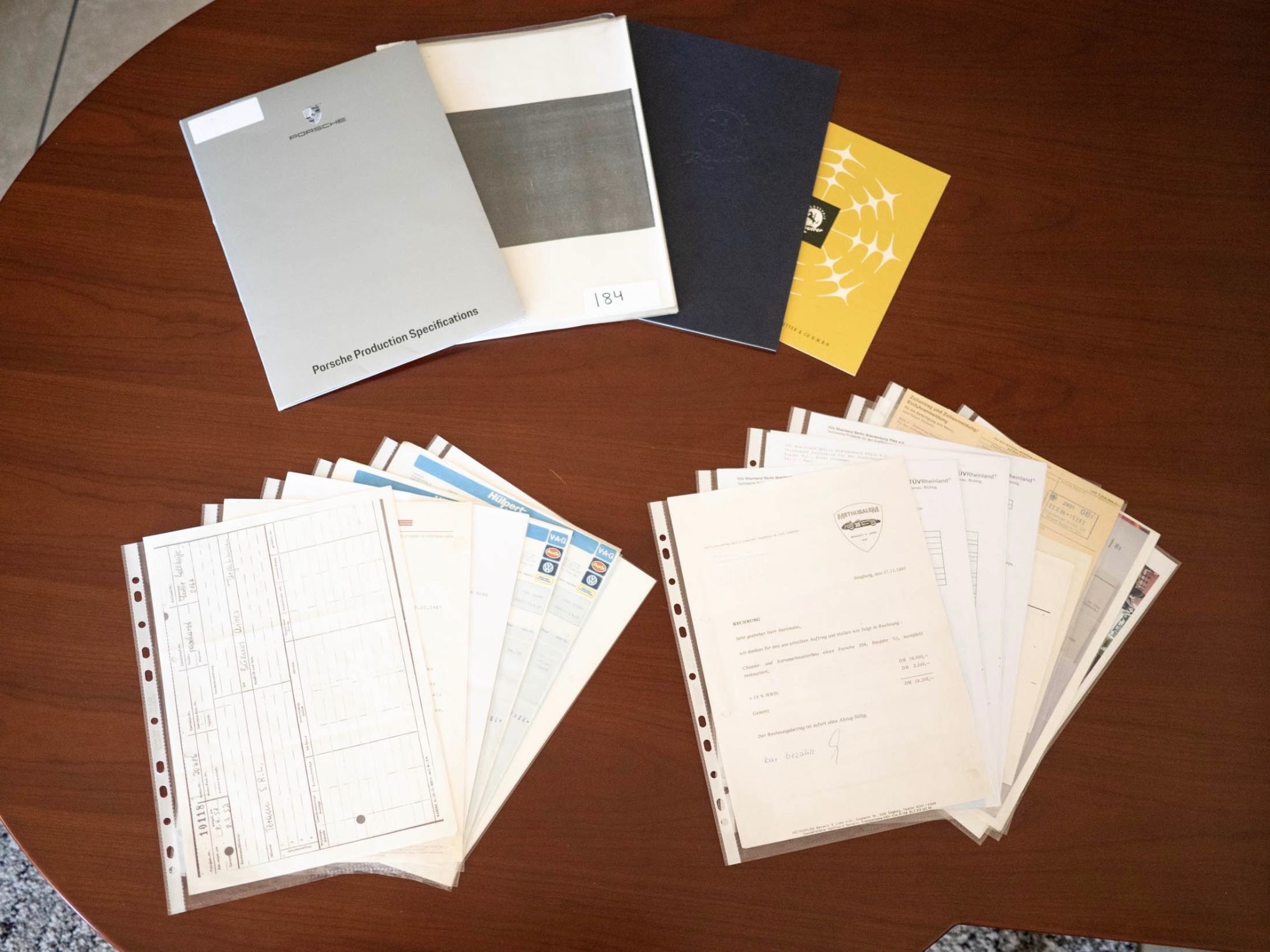 The sale of this rare Split-Window 356 will include a key, records, tools, a jack, Porsche Certificate of Authenticity and a copy of the factory Kardex.  A truly special opportunity for any avid Porsche collector, this coveted 1300 “Split-Window” Cabriolet is not to be missed.