The first-generation Chevrolet Corvette was introduced in 1953, deriving its name from the corvette warship known for its smaller size and maneuverability. The C1 Corvette was built with a hand-laid fiberglass body and equipped with a 235ci “Blue Flame” inline six-cylinder producing 150 HP. This 1954 example is said to be one of 3,640 produced for the model year and was acquired by the seller in June of 2018. Finished in Polo White over a Sportsman's Red interior, this Corvette has received a bare fiberglass repaint in its original finish, a new Al Knoch interior, and a freshly painted removable hardtop. The engine has been swapped with a factory-correct replacement, and the transmission was changed to a Borg-Warner 3-speed manual under previous ownership, as well as a conversion from 6-volt to 12-volt power. This 1954 Chevrolet Corvette is now being offered at auction by its seller out of California. 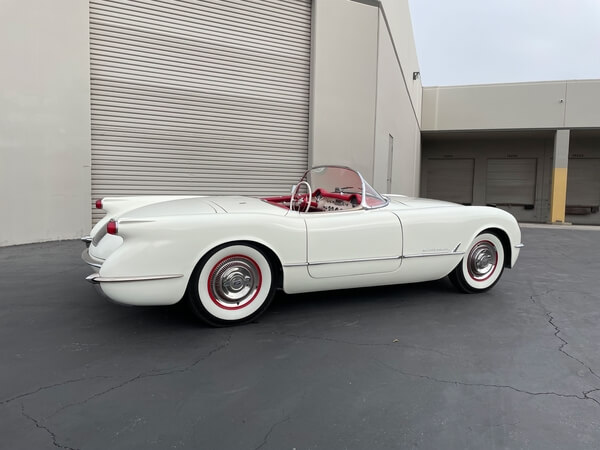 The exterior is finished in Polo White (718), which was resprayed in 2019 using modern paint and clearcoat after being stripped down to bare fiberglass. The dashboard, top lid, and trunk lid interiors were also painted in factory-spec Sportsman’s Red during this process. Equipment includes a refinished removable hardtop sourced from Corvette enthusiast Gary Hiltunen, a polished driver’s side mirror, mesh headlight guards, a wraparound windscreen with a chrome surround, chrome trim on the grille, side moldings, bumperettes, and window surrounds, and dual exhaust tips integrated into the rear bumper. The 15” red-painted steel wheels wear chrome Chevrolet covers with faux knock-off spinners and are mounted with a set of Coker whitewall tires from 2020. 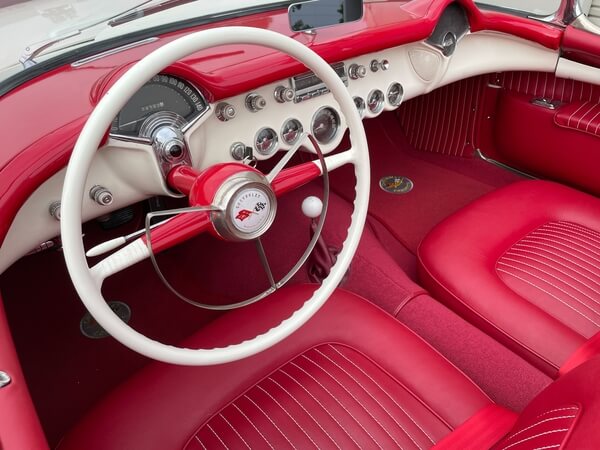 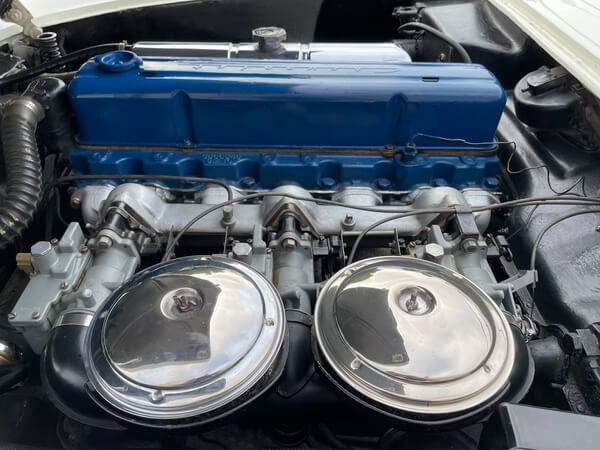 This 1954 Corvette is equipped with a replacement 235ci “Blue Flame” inline six-cylinder engine which was factory rated at 150 HP and 225 lb.-ft of torque. A 3-speed Borg-Warner manual transmission was installed under previous ownership and routes power to the rear wheels. The electrical system was converted from 6-volt to 12-volt power under previous ownership. The seller reports that while under their care, this Corvette has received service to the engine, transmission, and drivetrain. The seller also notes a small oil leak that will leave a drop around the size of a quarter of their garage on a weekly basis. 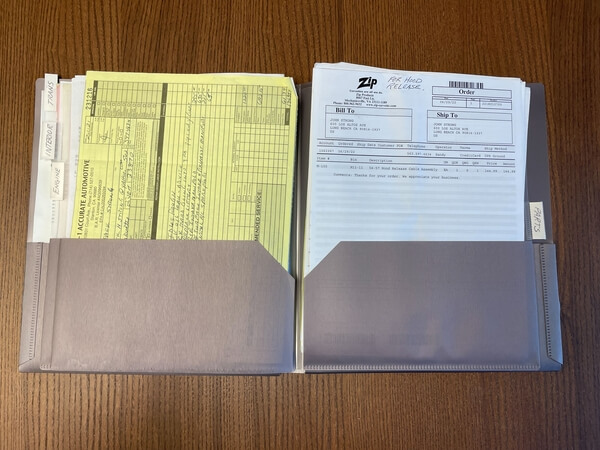