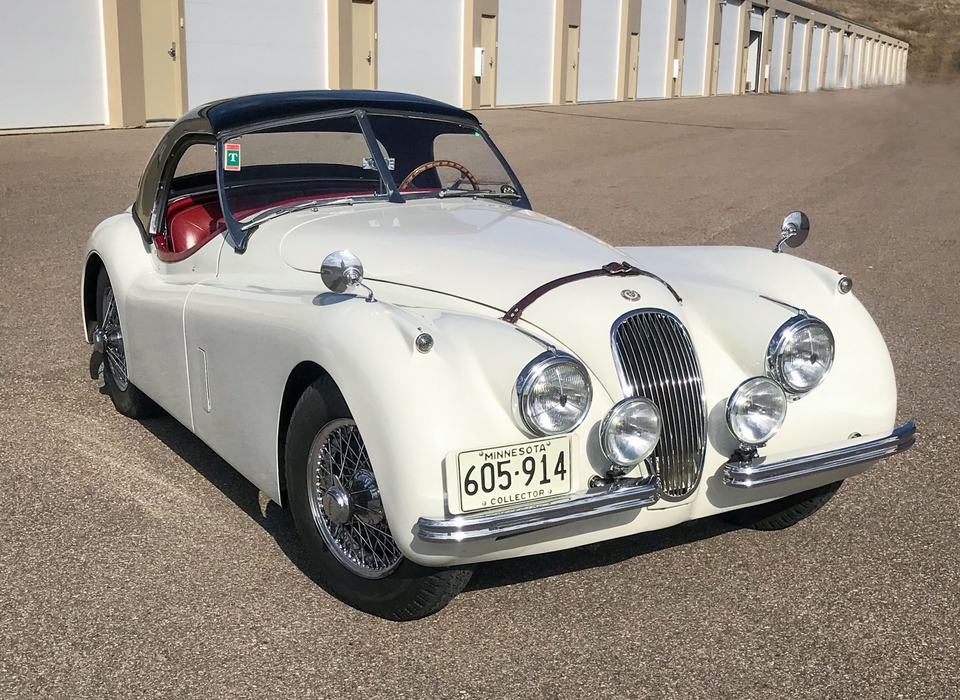 Available for auction is this 1954 Jaguar XK120 SE Roadster finished in Cream over red leather.  The fastest production car in the world at the time of its debut, the XK120 was a major post-war milestone for Jaguar as the first sports car they produced since 1939.  This three-owner, numbers matching 1954 example was purchased by the seller from a prominent Jaguar collector in 2009 at 27k miles. Driven sparingly and kept in storage for much of its life, this XK120 has been treated to a very high level of care including a rebuild of the original 3.4L engine with upgraded internals as well as a more recent refurbishment of the undercarriage with new wooden floorboards.  Accompanied by a certificate from the Jaguar-Daimler Heritage Trust, this highly collectible XK120 is now being offered for auction by its seller out of Minnesota while showing just over 29k miles on the 5-digit odometer. 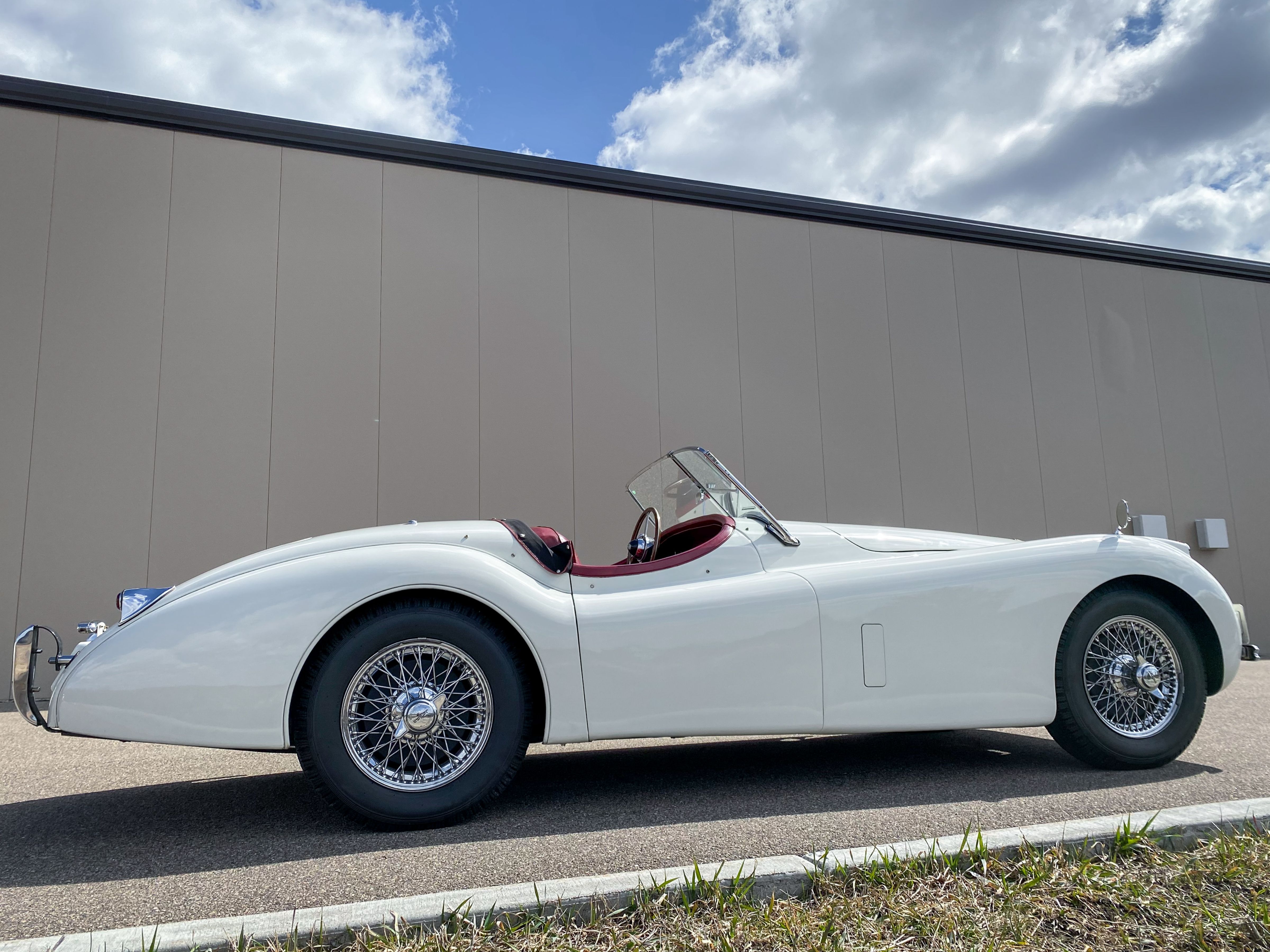 This XK120 was refinished in its current Cream color at some point under previous ownership.  The original glass, side curtains, and soft top are said to have been retained and the paint is described to be in very good condition. A custom fiberglass hardtop will also be included in the sale. Under the current ownership, the underbody of the car was reportedly refurbished along with the installation of new wooden floorboards protected by marine lacquer. This example rides on 16"  wire wheels featuring knock-off hubs and Pirelli tires. 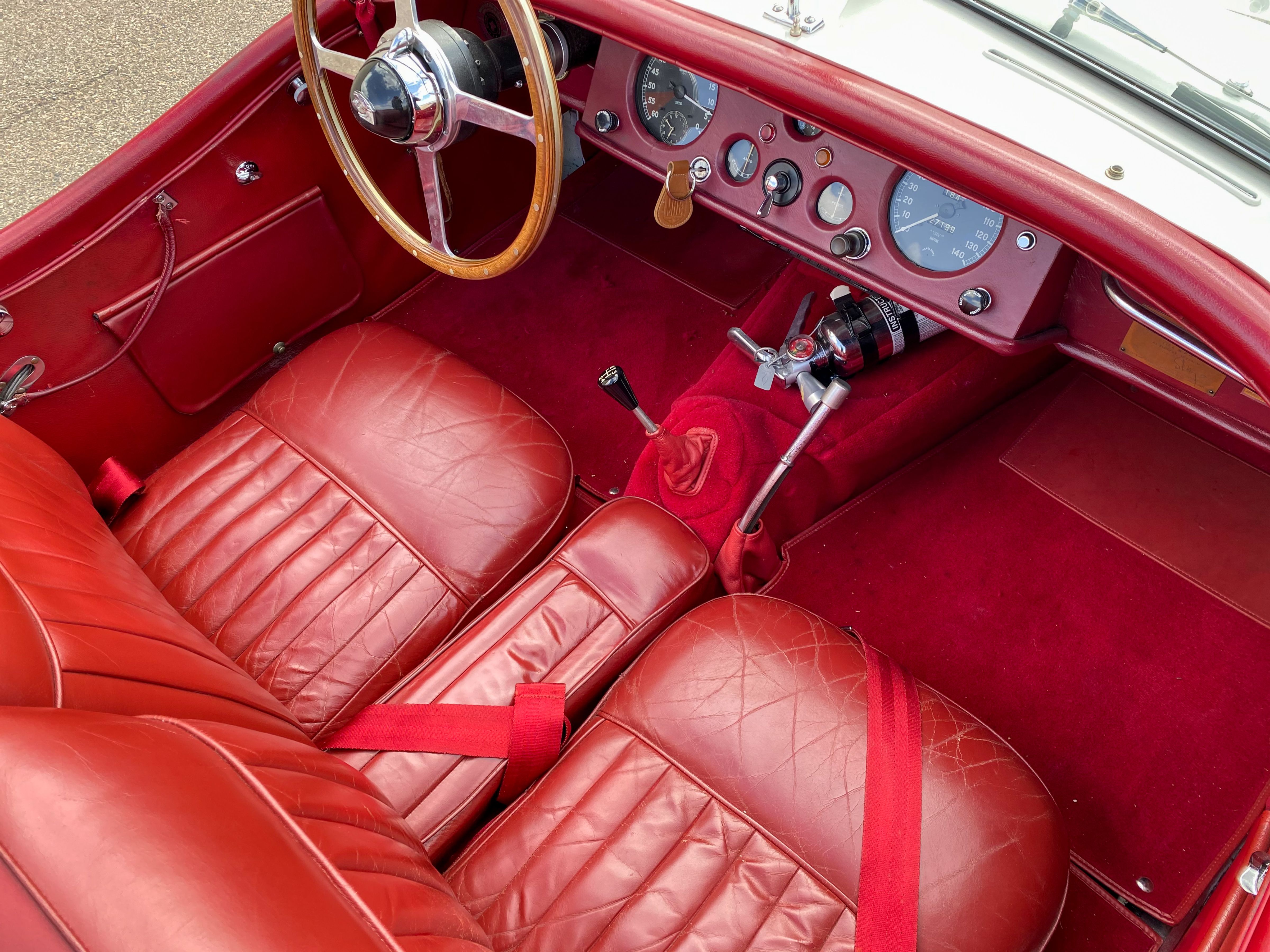 The red leather interior highlights previously refurbished seats and newer carpeting.  A new MotoLita steering wheel has been installed and the dashboard is said to be in excellent condition. All equipment is reported to be functioning properly except for the fuel tank sending unit and interior trunk light.

The 3.4L inline-six features dual carburetors and was factory-rated at 160 horsepower with 195 lb.-ft of torque. The rear wheels are driven by way of a Moss 4-speed manual gearbox. The original numbers-matching drivetrain has reportedly been retained. Prior to the seller's ownership, the engine is said to have been rebuilt and upgraded with XJ6 pistons and later style rods, LeMans C manifolds, a modified head, a performance cam, a stainless steel exhaust, new timing chains, and a new aluminum flywheel and clutch. The suspension was also refurbished under previous ownership. The car is said to have been driven no more than 200 miles per year by the current owner and always kept in dry climate-controlled storage. 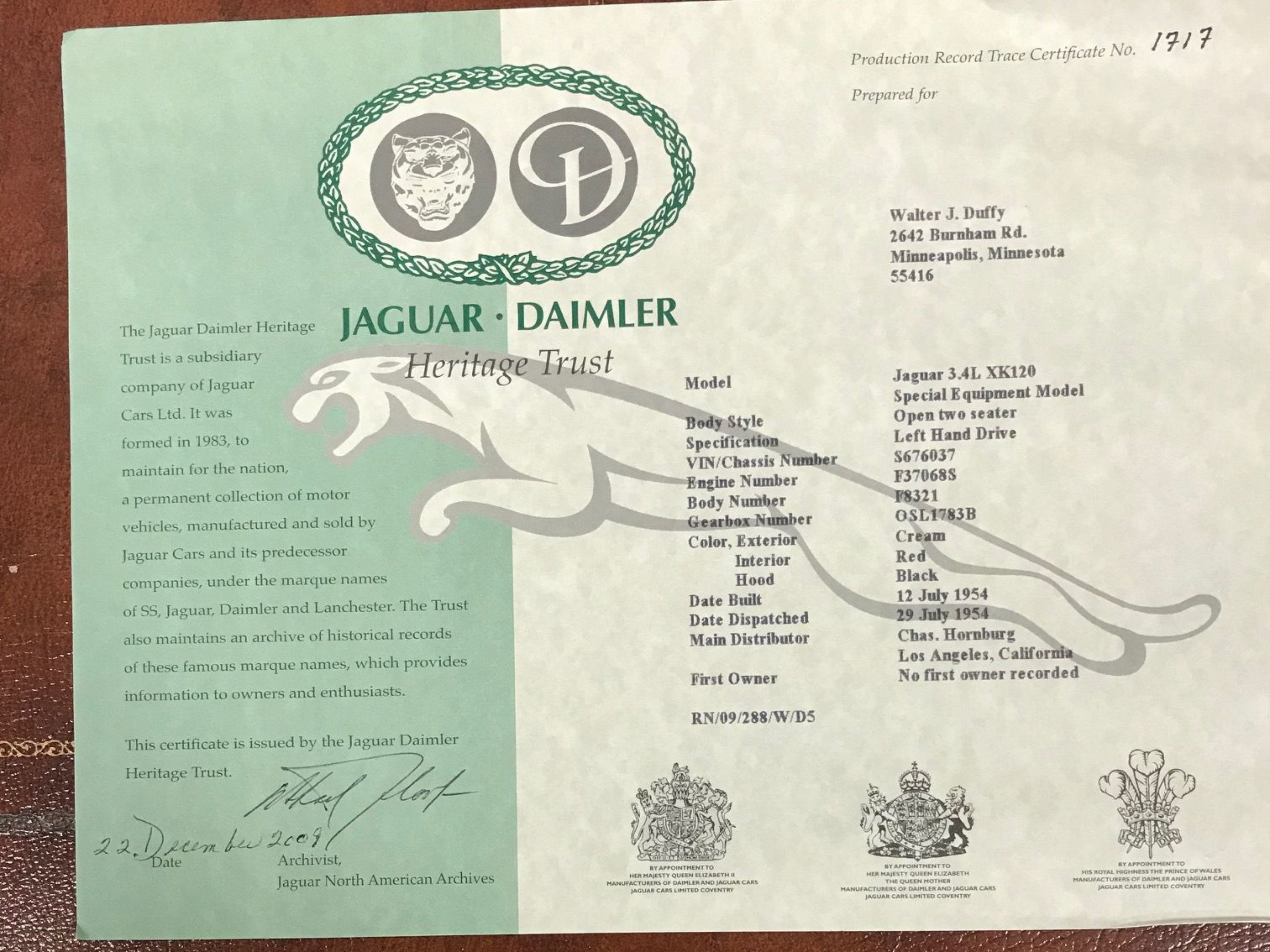 This sale will include a clean title, tools, a custom fiberglass hardtop, and a certificate from the Jaguar-Daimler Heritage Trust. For any enthusiast of classic British sports cars, this nicely presented XK120 is not to be overlooked.