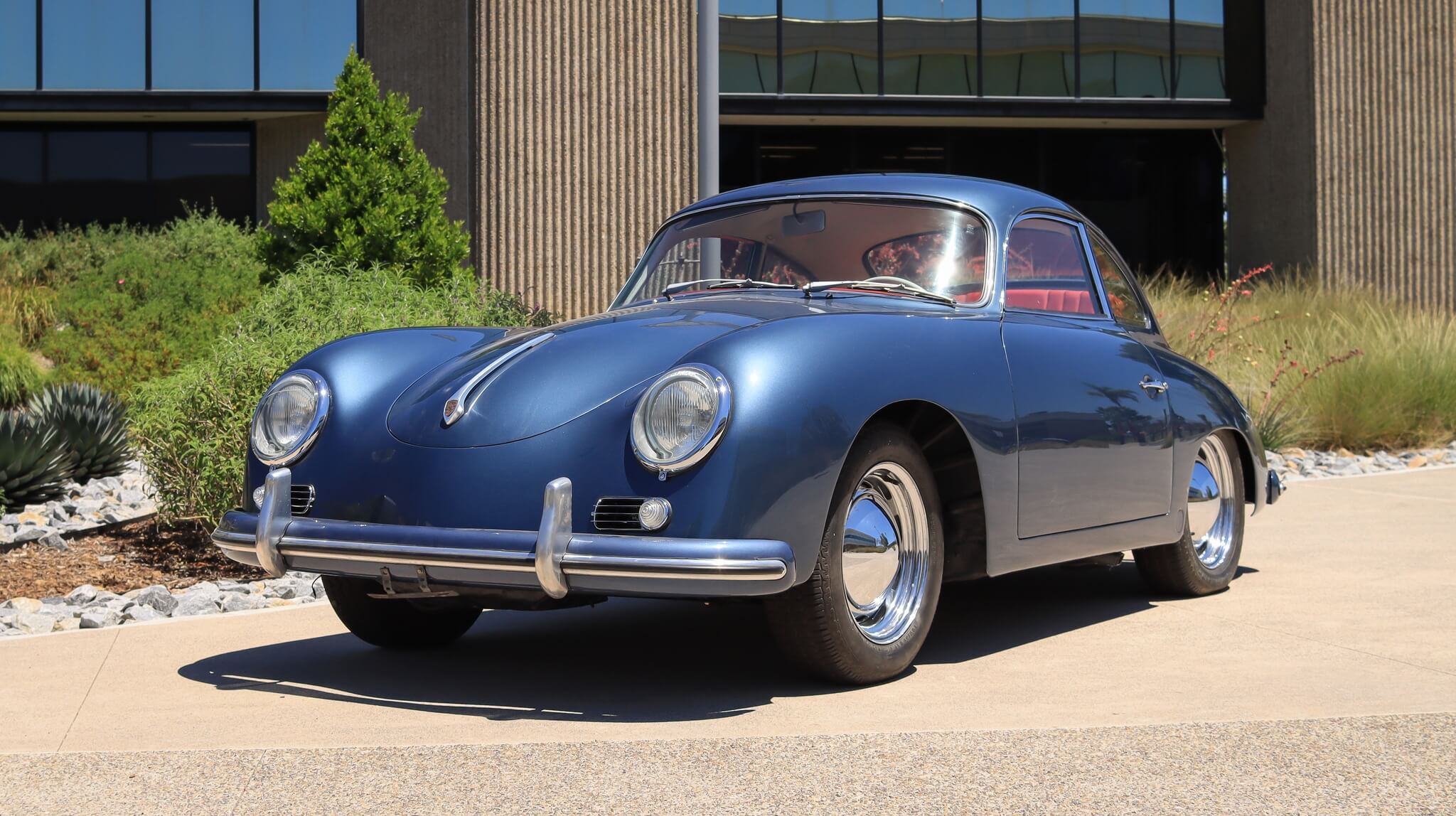 We are pleased to offer this 1956 Porsche 356A 1600 Reutter Coupe finished in Aquamarine Blue Metallic over red leatherette upholstery.  In 1956, Porsche celebrated the presentation of its 10,000th car, a 356A.  Compared to its original pre-A predecessor, the 356A was significantly more developed and offered a larger 1600cc engine.  This first-year example rolled off the assembly line on February 8th, 1956, with optional sealed-beam headlights and a miles-per-hour speedometer.  It was acquired by the current owner several years ago and has been gradually restored with a full professional repaint, replacements of steering components, and installation of an upgraded 1500 Super engine sourced from a 1955 Speedster.  A beautifully presented example of an early Porsche 356, this Coupe is now being offered for auction by its seller out of California. 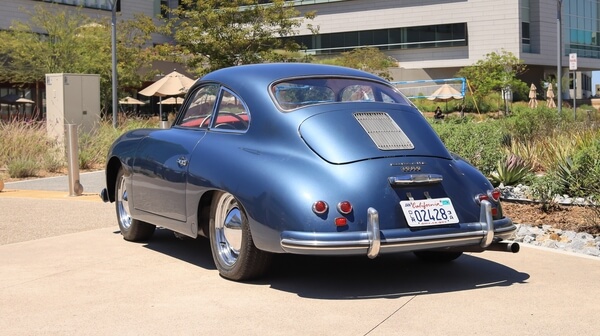 This 356A was factory finished in the rare color of Aquamarine Blue Metallic and was professionally repainted under the seller’s ownership about two and a half years ago.  Some repair to the metalwork on the jack points and front cross member was also completed during this time.  The seller adds that the car has been recently polished to achieve a lustrous finish, detailed images are provided in the photo gallery.  The 356A debuted new T1 bodywork with a single-piece curved windshield, front indicators integrated into the horn grilles, a redesigned Porsche-crested bonnet handle, and new 15” wheels.  The factory wheels on this example feature chromed hubcaps and period-style Uniroyal tires.

Inside, you will find a red leatherette upholstered cabin with matching carpets, a beige headliner, and a painted dashboard.  The interior is said to have been redone at some point by a previous owner and some signs of wear and patina are visible throughout.  The original miles per hour speedometer has been retained and a radio block off plate has been fitted on the dashboard.  The seller reports all gauges and electrical components to be fully functional. 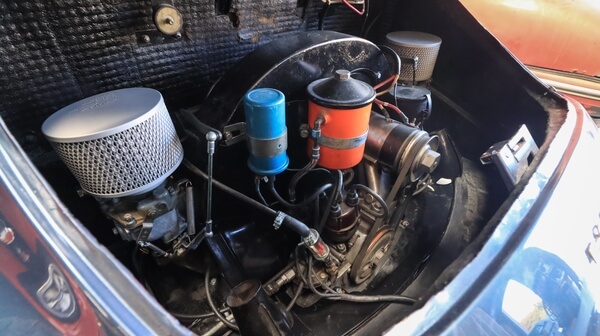 Under the current ownership, a 1500 Super engine was sourced from a 1955 Speedster.  The engine was subsequently rebuilt and upgraded with 86mm pistons and cylinders along with a lightened flywheel.  It was reportedly dyno-tuned and tested with an output of approximately 95 HP.  Sending power to the rear wheels is a 4-speed manual transmission which was also taken apart and inspected during the current ownership.  Other mechanical items addressed in recent years include replacements of the front wheel cylinders, steering box, and tie rod ends.  An assortment of records and invoices are said to be available and images of the undercarriage are provided in the gallery. 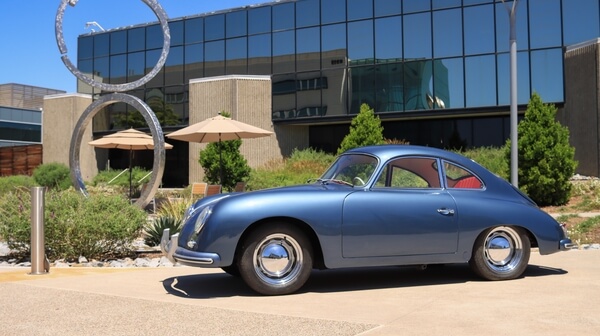 This sale will include a collection of records, a Porsche Certificate of Authenticity, and a clean title.  Marking a significant chapter in Porsche’s history, this first-year 356A is an excellent choice for any enthusiast of early air-cooled cars.