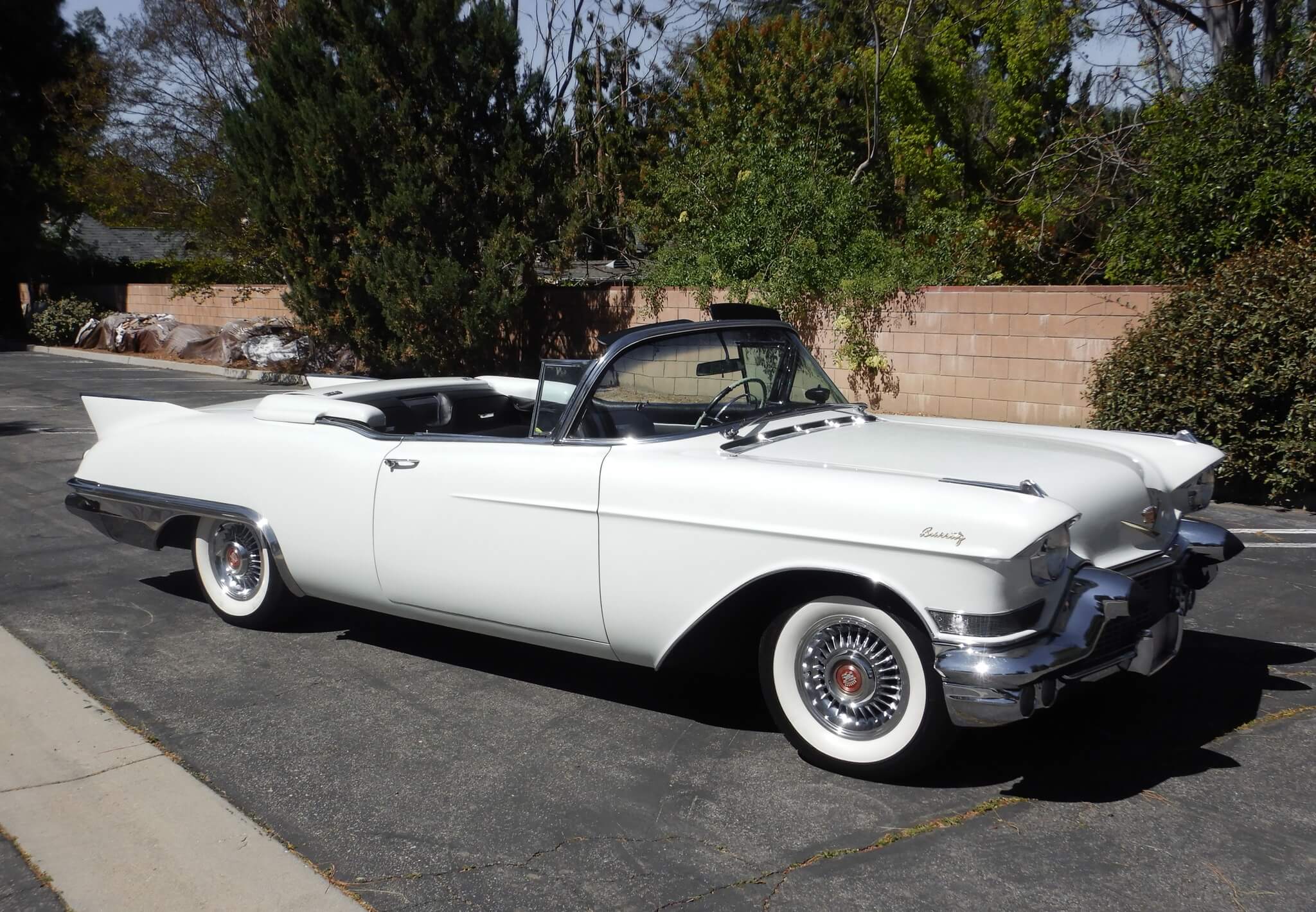 Available for auction is this 1957 Cadillac Eldorado Biarritz Convertible finished in Olympic White over a black leather interior. Produced from 1952 until 2002, the Eldorado remained at or near the top of Cadillac's lineup for fifty years. From 1957 until 1960, the Eldorado featured a distinct bodyshell and was the most expensive Cadillac available during those years. With an original price of over $7,200 when new, this 1957 Eldorado is one of approximately 1,800 examples to have been built for the model year. It features Sabre-spoke wheels, power steering, brakes, and windows, a six-way power adjustable seat, and more. Having received a recent major service, this 1957 Eldorado is now being offered for auction by its seller out of California. 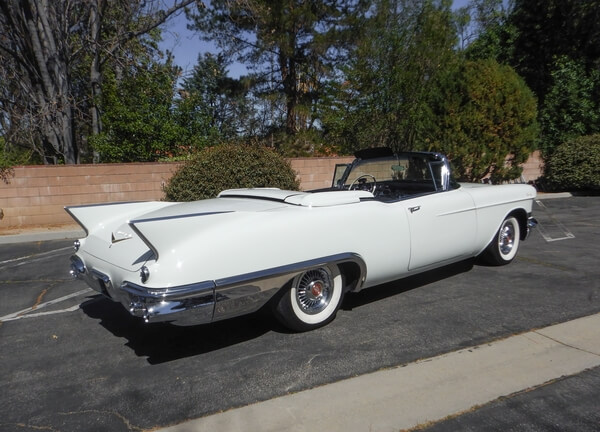 For 1957, the Eldorado was restyled with a rear wraparound bumper assembly, egg-crate grilles, a new three-section front bumper with Dagmar-style guards, and distinctive swooping rear-quarter panels capped by pointed tailfins. This example comes finished in Olympic White (90) with a convertible soft top in black and is said to have been stripped to bare metal and refinished in 1989. A collection of detailed images can be found in the galley. Features include chrome and polished-stainless trim, gold badging, a wraparound windshield, and a set of 15” Sabre-spoke wheels dressed in whitewall tires. 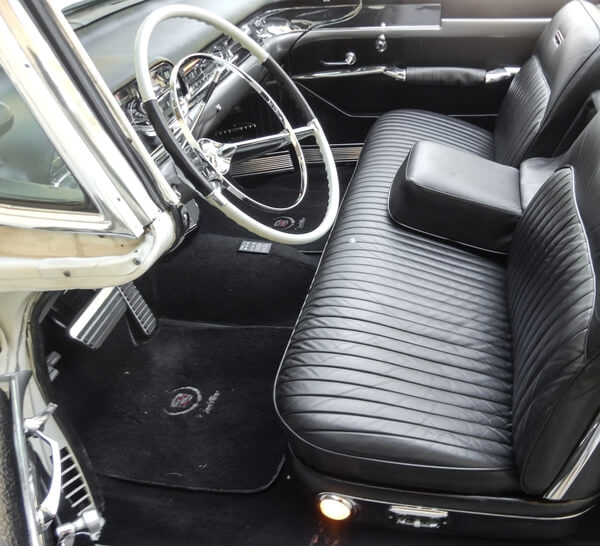 The cabin features two rows of bench seating trimmed in black leather with matching carpets and door panels. Amenities include a six-way power-adjustable front seat, polished and chrome trim, a left-hand remote outside mirror, power windows and convertible top, and an upgraded radio mounted under the dashboard. The seller confirms that gauges, electronics, and accessories remain functional. 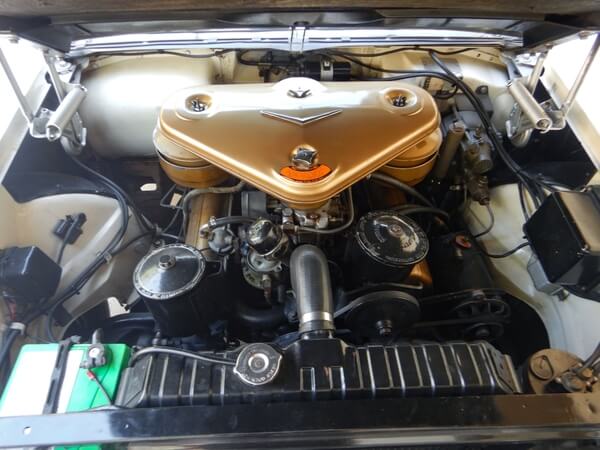 The 365ci OHV V8 engine is equipped with dual four-barrel carburetors and a gold-finished “bat-wing” air cleaner. As much as 325 HP and 400 lb.-ft of torque are sent to the rear wheels by way of a 4-speed Hydra-Matic automatic transmission. 1957 was the first year for Cadillac’s tubular-center X-frame and the suspension consists of a coil-spring independent front setup and a leaf-spring solid-axle rear, with tubular shock absorbers at all four corners. The 1957 Eldorado came equipped standard with power steering and brakes. The seller reports that the engine and transmission have been rebuilt and that recent service includes maintenance of the carburetors, fuel lines, brakes, and wheel cylinders. 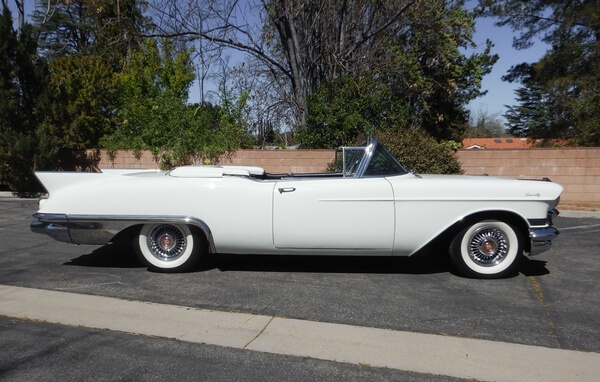