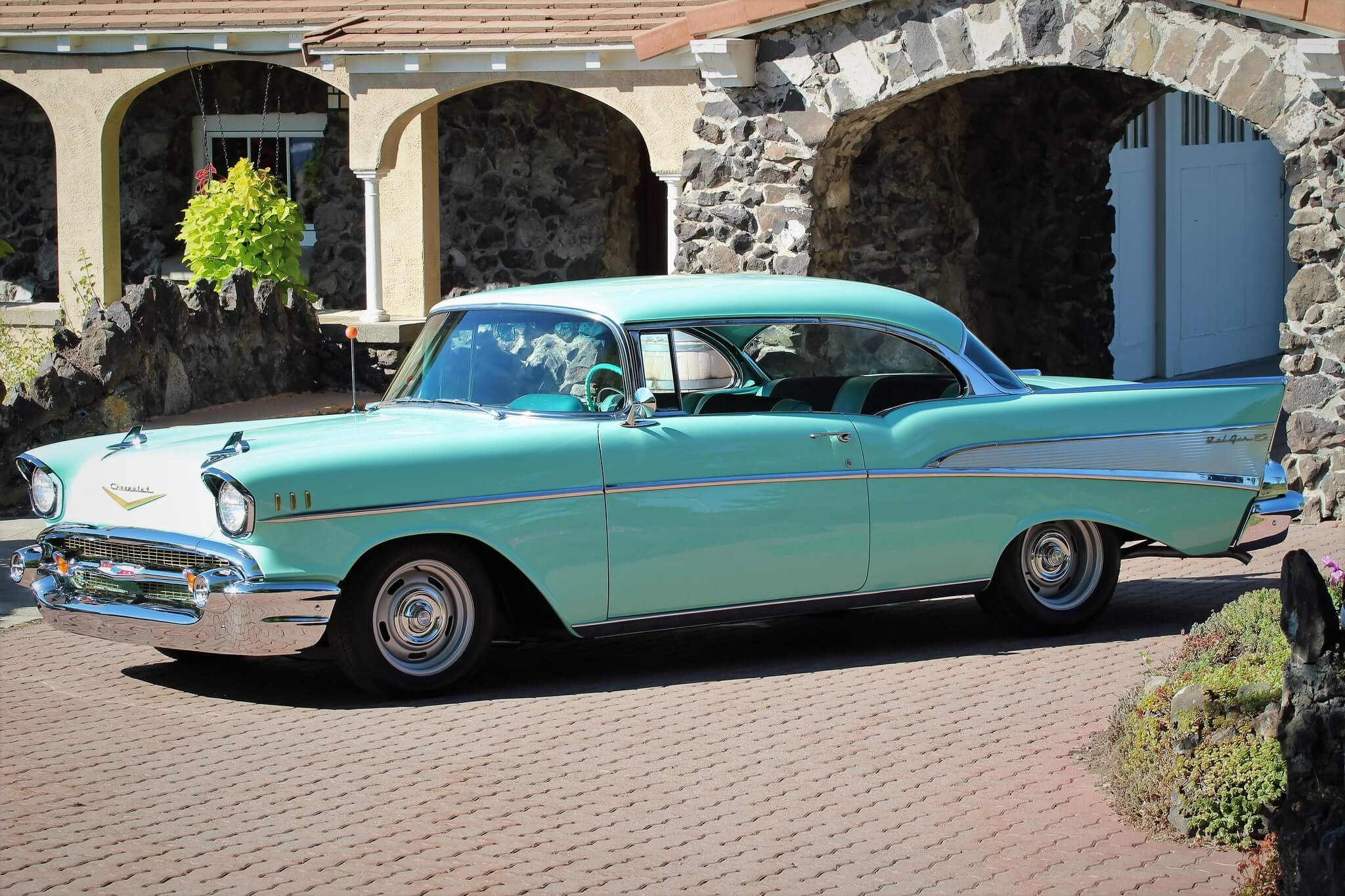 We are pleased to present this 1957 Chevrolet Bel Air two-door hardtop finished in Surf Green over a green vinyl/cloth interior. The 1957 Chevrolet Bel Air is one of the most distinguishable cars ever made and is considered to be an icon of retro American design. This three-owner example is reported to have been sold new in Spokane, Washington where it remains to this today. Over the course of nearly four years, this Bel Air was treated to a complete nut and bolt rotisserie restoration during which time it was refinished in the original color, power-assisted disc brakes were installed, and the original 2-speed automatic transmission was swapped in favor of a 4-speed Muncie manual gearbox.  Said to retain its original 283ci Small-Block V8, this outstanding ’57 Bel Air is being offered for auction by its seller out of Washington with just over 500 miles driven since the restoration. 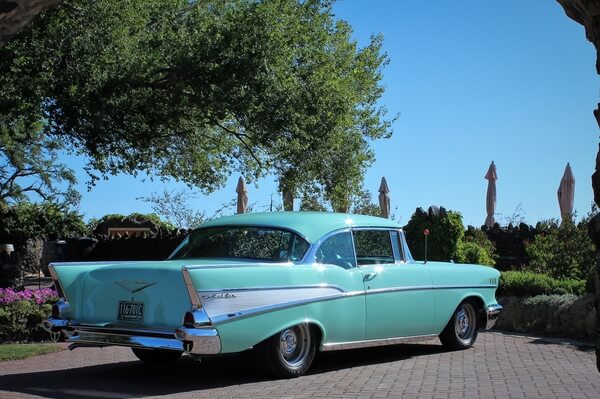 This Bel Air comes finished in Surf Green with a matching hardtop and features chrome bumpers, contrasting quarter-panel inserts, a chrome mirror, twin wind splits on the hood, and large tail fins. During the restoration, the car was completely refinished in its original color and the seller states that all the original chrome and metalwork was retained as no rust repair was necessary.  Detailed images are provided in the photo gallery.  The factory 15″ Rally wheels feature Chevrolet Motor Division hubcaps and new tires. 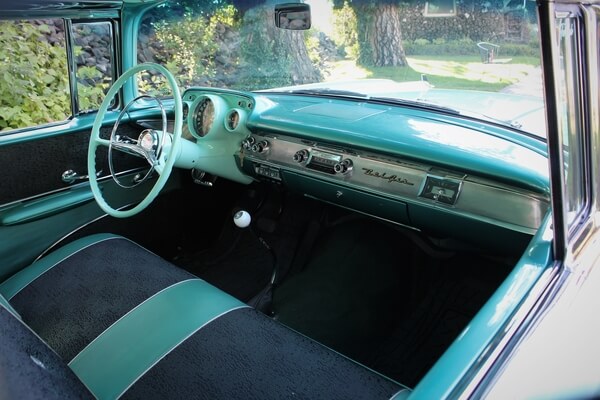 Inside, the cabin features bench seats and door panels upholstered in green vinyl with black patterned cloth inserts. The seller reports that the original seat covers and door panels have been retained, while the carpets and headliner have been replaced with new OEM material. Following the manual transmission swap, the hole for the steering column shifter was sealed and the “PRNDL” display in the gauge cluster was removed. Interior features include front vent windows, a locking glove box, an analog clock, and a radio. 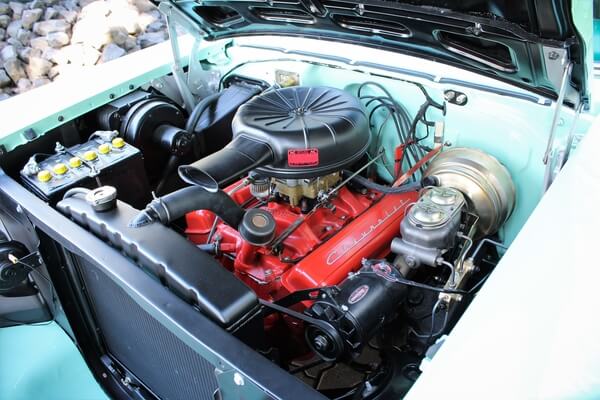 Power comes from a 283ci Small-Block V8 engine and the rear wheels are driven by way of a 4-speed Muncie manual gearbox. The seller reports that the engine is original to the car as well as the 4-barrel carburetor. Drop spindles have been installed lowering the front end slightly, giving the car a more aggressive stance. Upgraded power-assisted disc brakes have also been equipped for increased stopping power. Additionally, the windshield wiper motor has been relocated to behind the firewall for a cleaner appearance in the engine bay. 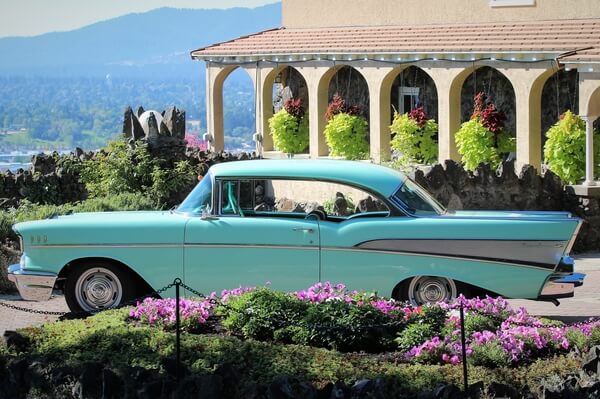 This sale will include a clean title. A true cultural icon as well as an important piece of American motoring history, this 1957 Chevrolet Bel Air has been beautifully restored and is just waiting to be enjoyed by a new owner.