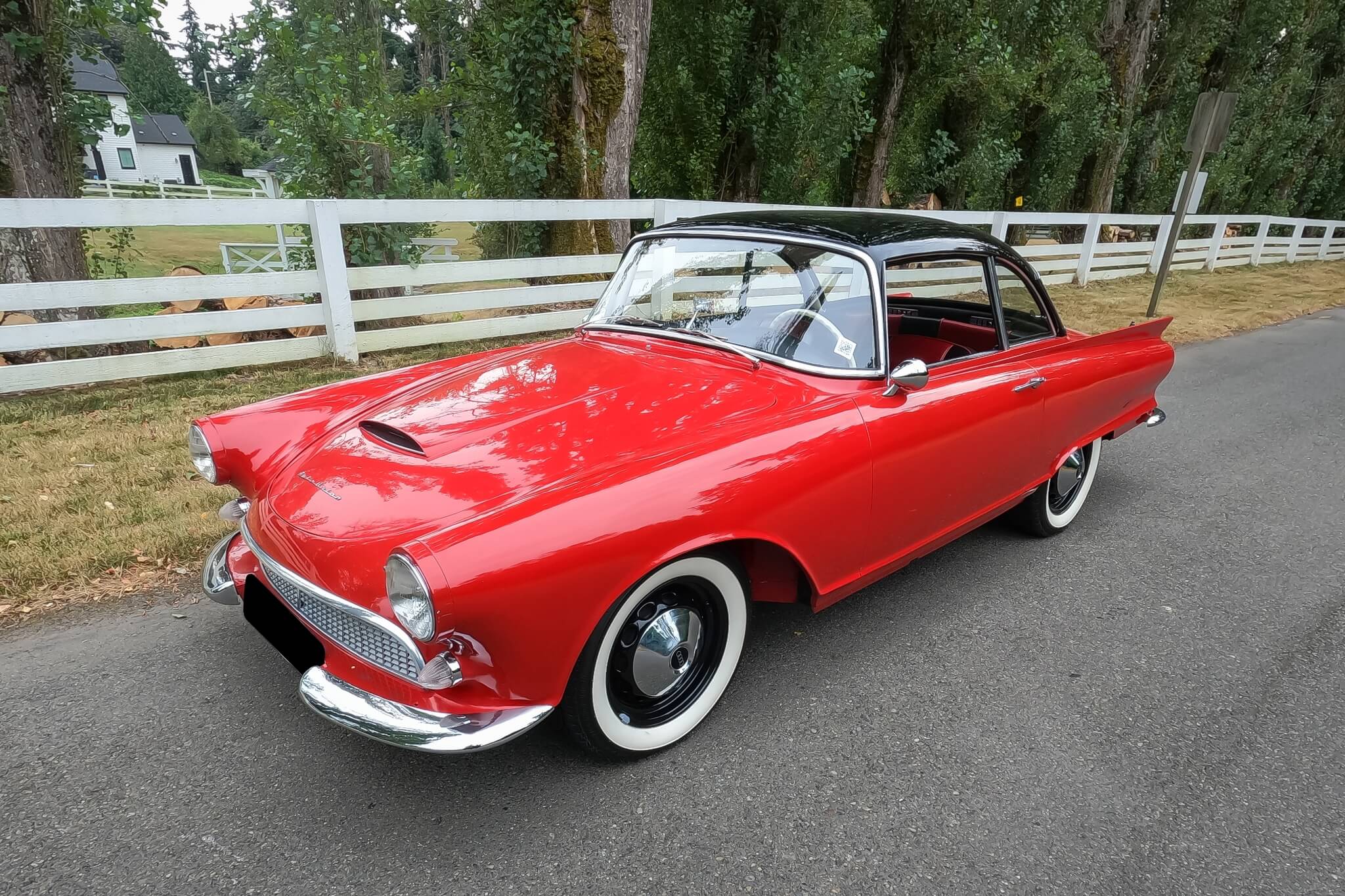 Auto Union was founded in 1932 and incorporated four German brands; Audi, DKW, Horch, and Wanderer, into a single company that would go on to become Audi. The 1000 SP was a sports car that comes equipped with a two-stroke 981cc inline three-cylinder engine mated to a four-speed manual transmission, and is said to be heavily influenced by the styling of the first-generation Ford Thunderbird. This 1959 example is said to be one of approximately 5,000 coupes produced between 1958 and 1965, and comes finished in red with a black roof over a two-tone red and black leather interior. It was acquired in 2021 from a previous owner in California, who is said to have completed a restoration including a repaint in its original colors. After the restoration, it reportedly won Best in Show in the Audi class at the Legends of the Autobahn 2019 in Monterey. Showing just under 66,530 miles on the odometer though the true mileage is unknown, this rare 1959 Auto Union 1000 SP is now being offered at auction by its seller out of Washington. 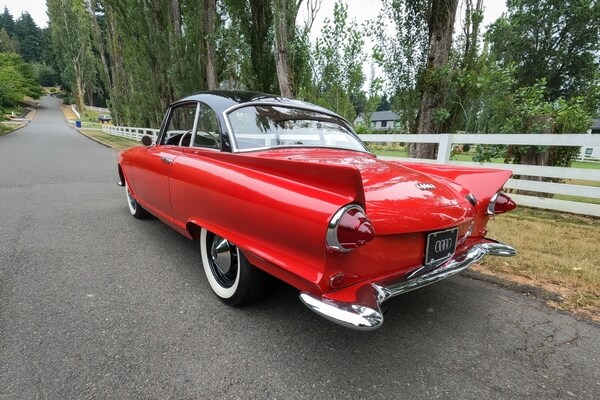 The bodywork was completed by Karrosserie Baur of Stuttgart, Germany, and is finished in red with a black roof. Equipment includes front and rear chrome bumpers, polished window trim, a hood scoop, pop-out quarter windows, Talbot-style mirrors, and finned rear quarter panels. During the restoration, the exterior was repainted in its factory color scheme, and the seller notes some paint chips and touch-ups are present. Detailed images are provided in the gallery. The black 15” steel wheels wear polished hubcaps and are mounted with BFGoodrich Silvertown radial whitewall tires that show date codes from 2015. 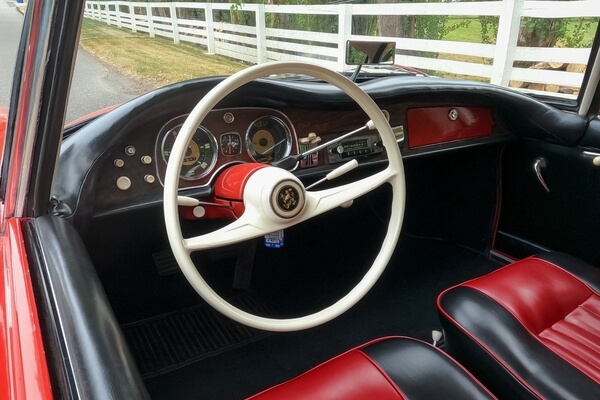 The interior features twin bucket seats and a rear bench seat upholstered with black bolsters and red centers, with red piping throughout, complimented by matching door panels, black carpeting, and wood-grain dashboard trim. Amenities include a locking glove box, fold-down front seats, a dashboard-mounted rear-view mirror, roll-up windows, an ivory two-spoke steering wheel, and a Clarion push-button radio. The seller reports a tear in the b-pillar rubber door seal, the radio is inoperable, as well as the analog clock and cigarette lighter, and there is no box behind the glove box door. 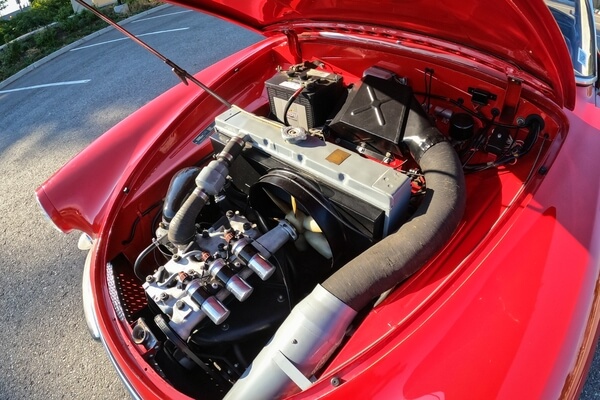 The 1000 SP is powered by a two-stroke 981cc inline-triple with a single Solex carburetor which was factory rated at 50 HP, mated to a column-mounted 4-speed manual transmission that drives the front wheels. Acceleration from 0-60 MPH occurs in approximately 16.7 seconds with a top speed of 83 MPH. Recent work includes the installation of a new stop lamp switch and adjustment of the brake shoes. 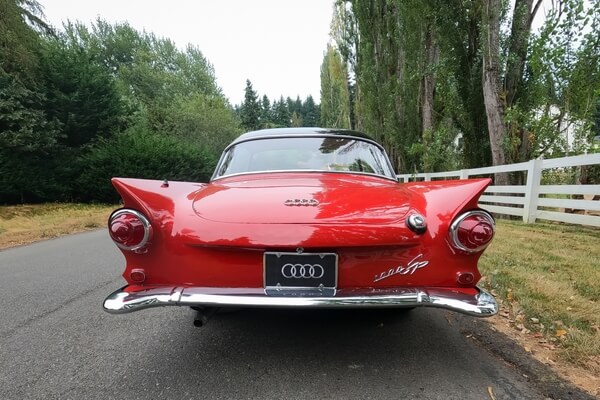 This sale will include 2 keys, a car cover, some additional spare parts, car show awards, a spare tire, and a jack.