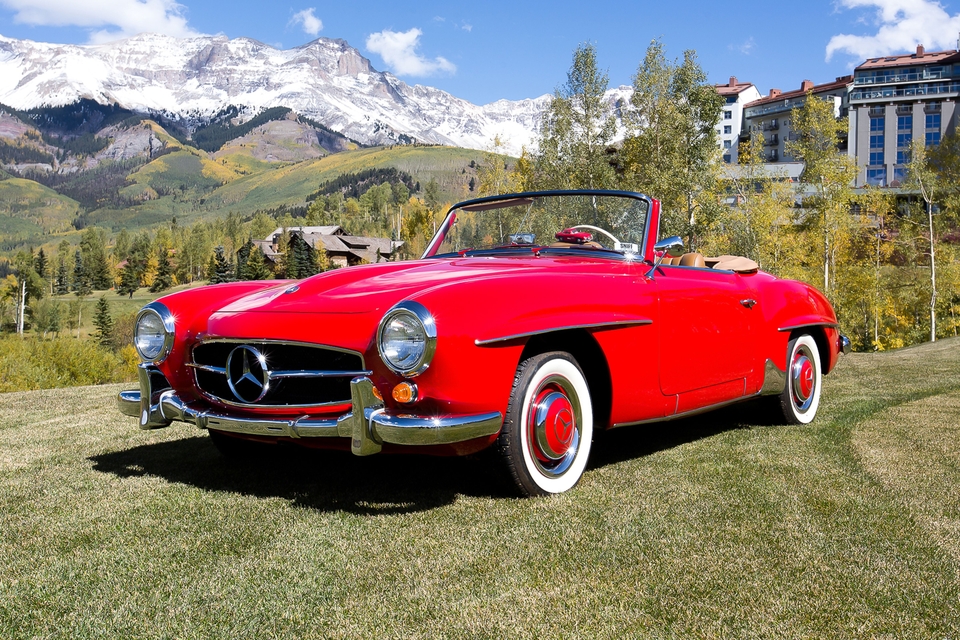 We are pleased to present this restored 1959 Mercedes-Benz W121 190SL finished in Red over a tan leather interior.  Sharing its basic styling and platform with the legendary 300SL, the 190SL presents an attractive alternative for collectors and is renowned for its impressive build quality and refined driving characteristics.  This 1959 example was produced by Mercedes-Benz in Stuttgart before making its way to New York where it was processed through Max Hoffman’s U.S. distributorship.  This car is believed to have spent much of its life in California where it also spent time as part of the prominent Blackhawk Collection.  A comprehensive restoration had been carried out in the past, and the quality of work is said to be impeccable.  Since the seller’s purchase of the car in 2015, it has been sparingly enjoyed, successfully campaigned in several concours events, and driven in local parades.  Retaining its number’s matching inline-four engine, this beautifully presented 190SL is now being offered for auction by its seller out of Colorado. 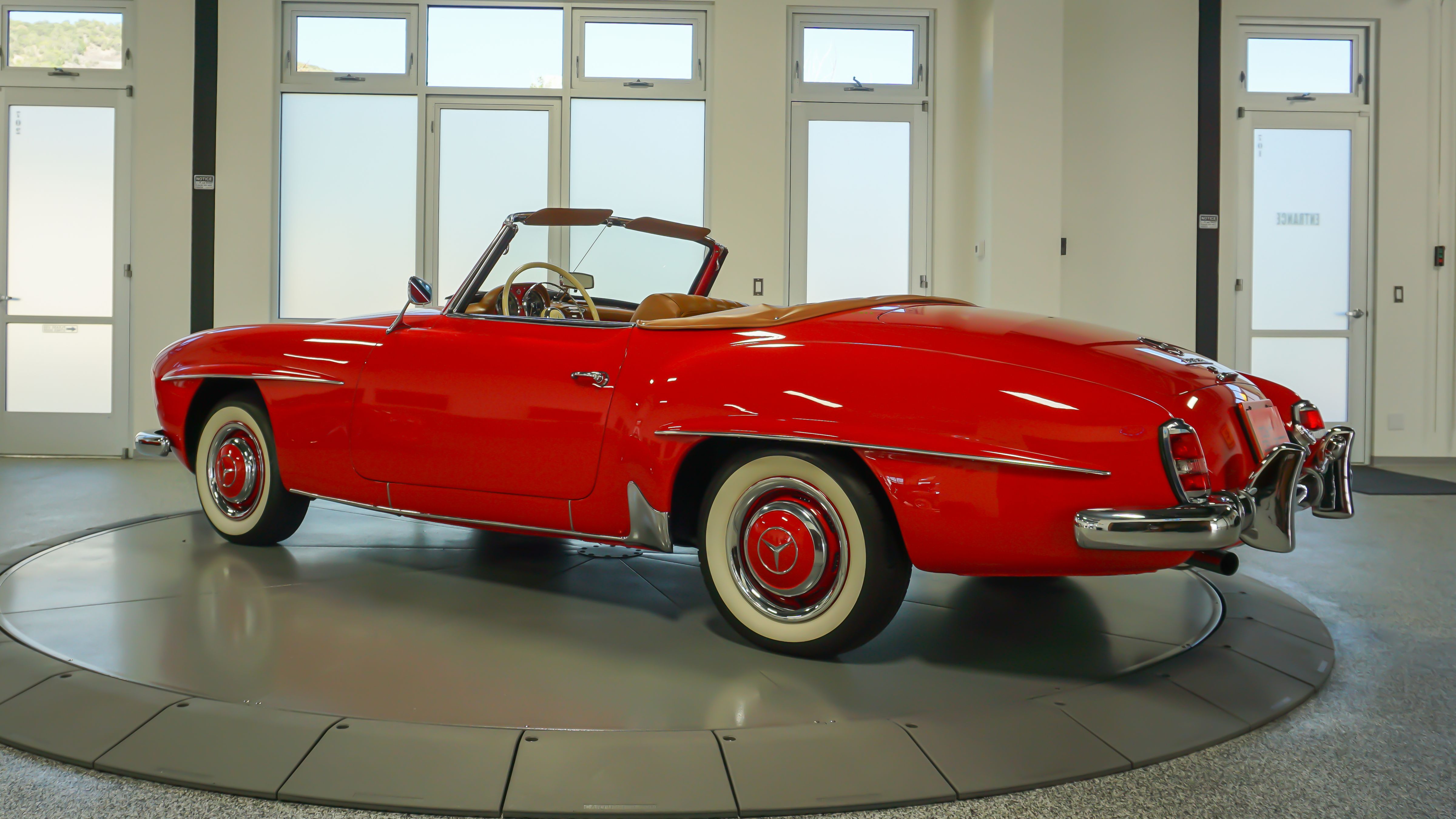 During an extensive previous restoration, this 190SL was refinished in Red from its originally specified Black color.  The restoration is described to have been carried out to a very high standard and the fit and finish are said to be outstanding, additional images are provided in the photo gallery.  Some styling features shared with the more exotic 300SL include its front grille, bumper design, and decorative fender flares.  Since the seller’s acquisition, the paint and brightwork were refreshed to achieve the best possible appearance.  This example rides on correct-type 13" wheels with color-matched hubcaps and whitewall tires. 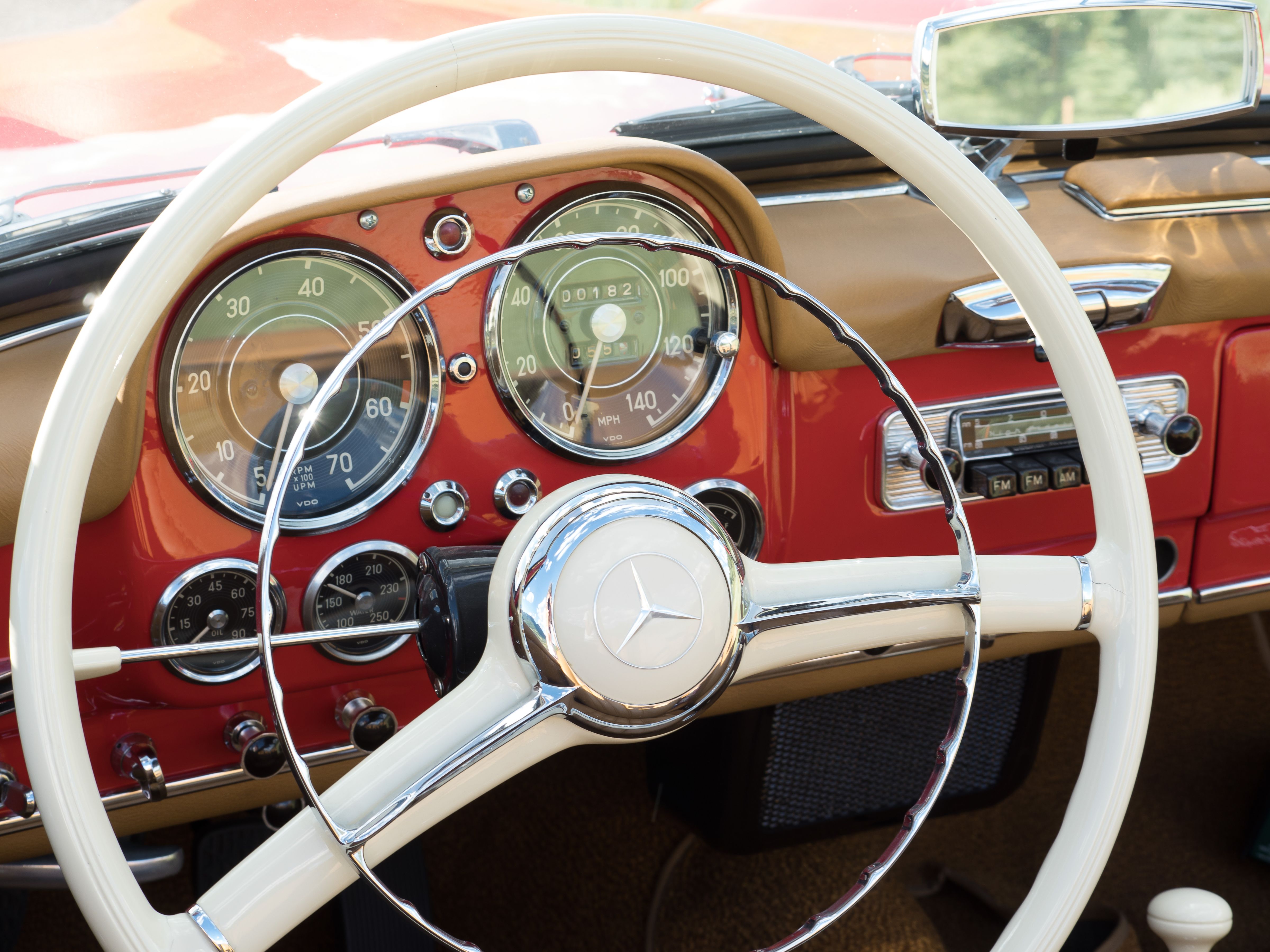 The cabin has been tastefully trimmed in luxurious tan leather with matching carpets, a painted dashboard, and an ivory-colored steering wheel.  Other details include analog VDO instrumentation, polished accessories, and a period-style Becker Europa radio. 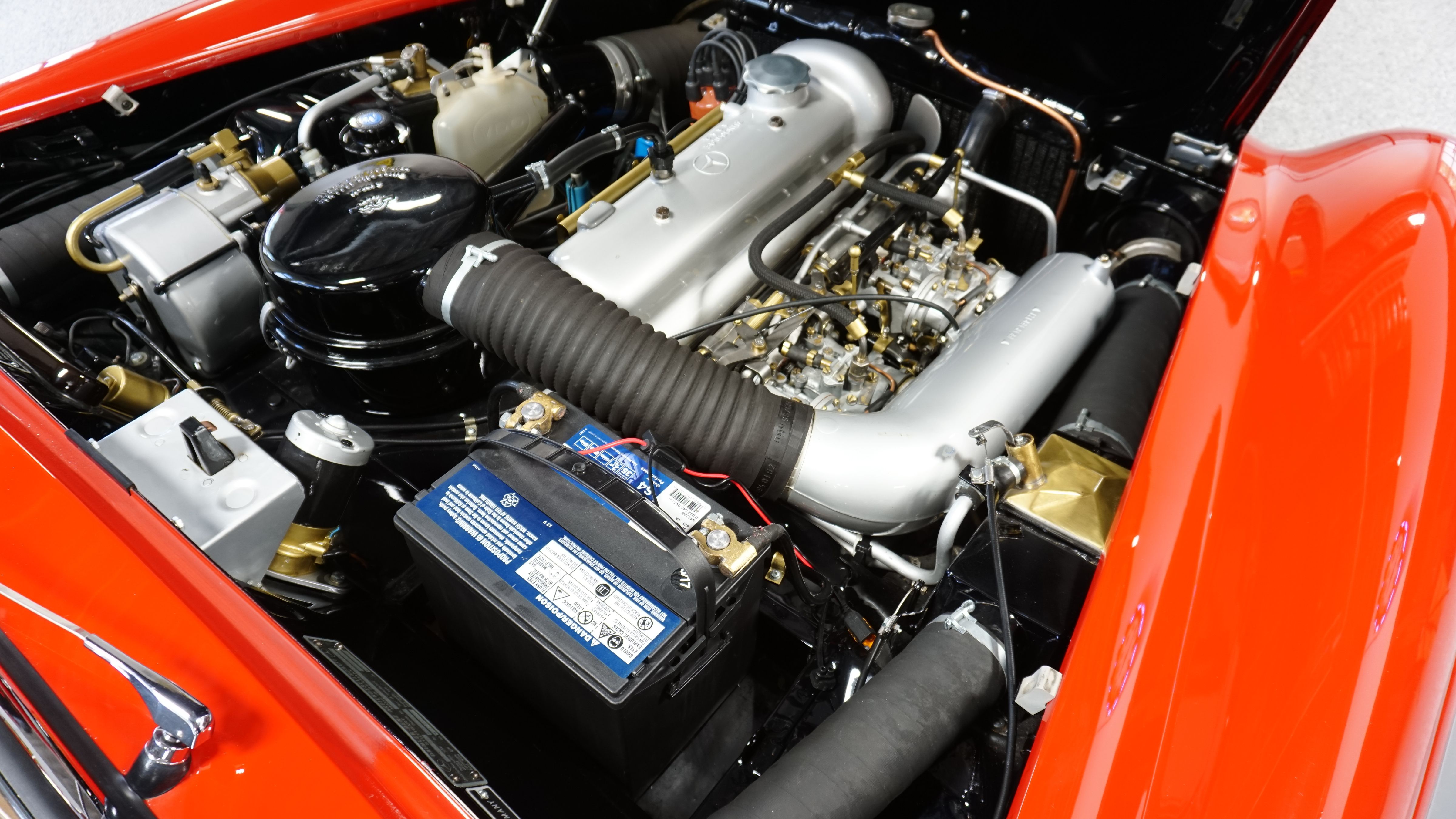 This example is said to carry its original number’s matching 1.9L SOHC inline-four carbureted engine that sends just over 100 HP to the rear wheels through a 4-speed fully synchronized manual gearbox.  Other mechanical features include four-wheel drum brakes and an independent suspension derived from the 300SL.  The engine bay has been painstakingly sorted and detailed, and the seller reports that the only maintenance required since their purchase has been tuning of the carburetors to compensate for the altitude in Colorado. 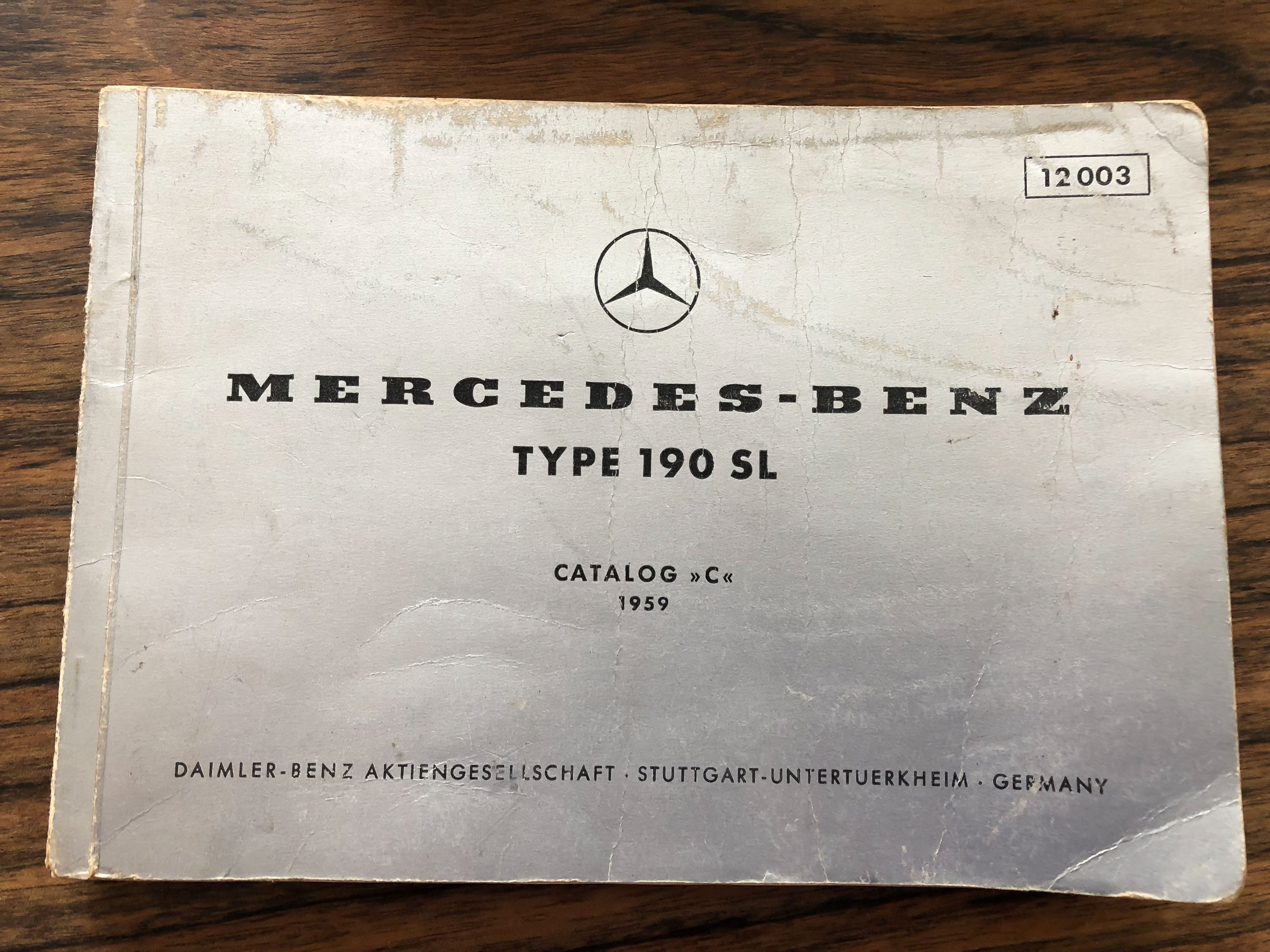 This sale will include historical documentation, an original 190SL catalog, vintage California license plates, the original canvas tool roll, and a clean Colorado title.  An increasingly sought-after automobile that has gained unprecedented attention from collectors in recent years, this very well represented 190SL awaits its next caretaker.