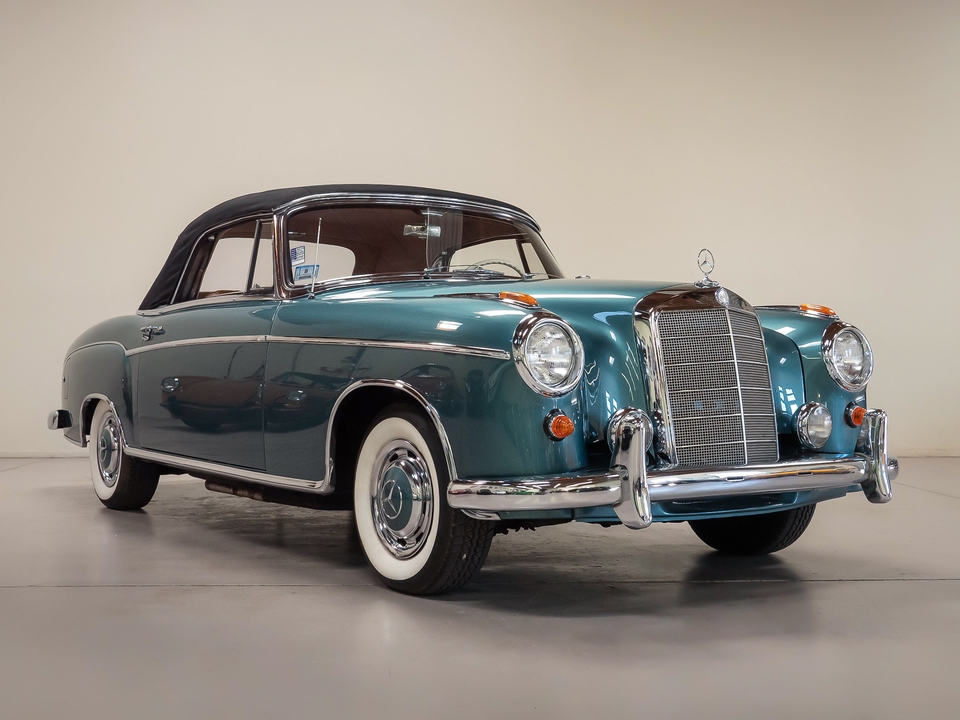 We are pleased to present this 1959 Mercedes-Benz W128 220SE Cabriolet finished in Metallic Turquoise over a newly restored brown German leather interior.  Denoting the last of the “ponton” range of Mercedes-Benz cars, the 220SE was virtually identical to its predecessor the 220S, but with the significant advancement of Bosch mechanical fuel injection.  One of 1,112 Cabriolets built, this 1959 example is said to have been a one-owner car in Malibu, California up until the seller’s purchase in 2017 at 65k miles.  It has since received over $23k worth of tailored upholstery and a full service to bring it up to excellent operating condition.  It was then sold to a collector in Boston before being recently reacquired by the seller. It is now being offered for auction out of Fallbrook, California with just over 67k original miles showing on the odometer. 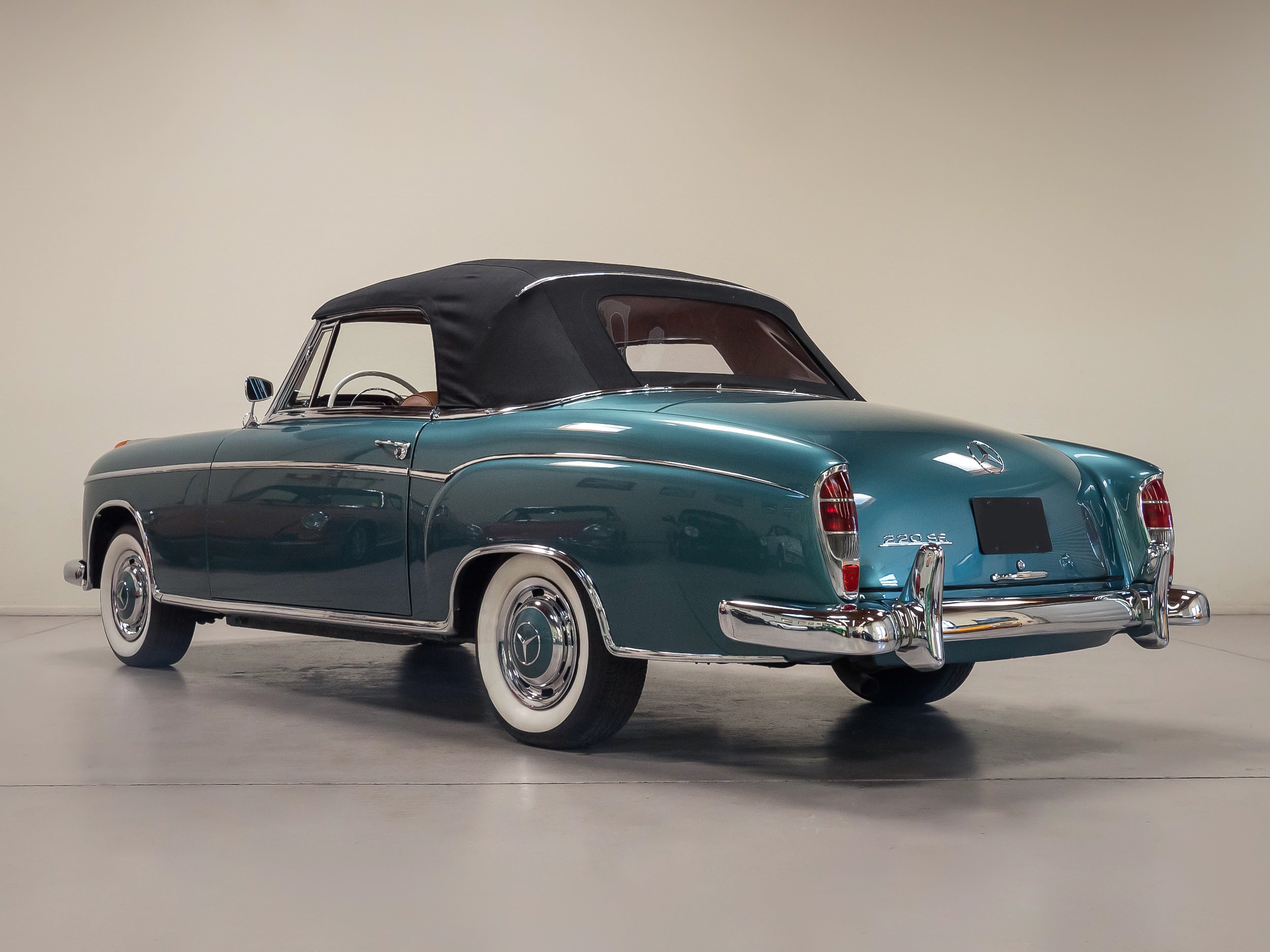 At some point under its original ownership, this 200SE was refinished in Mercedes-Benz Metallic Turquoise.  The paint is reported to be in very nice overall condition and the original chrome brightwork is said to exhibit patina (detailed images are provided in the photo gallery). The “ponton” series are nicknamed after their round, continuous body lines and singular overall appearance.  A new German canvas cabriolet top was installed under the seller’s care and this example rides on 13” chrome wheels with body-colored hubcaps and whitewall tires. 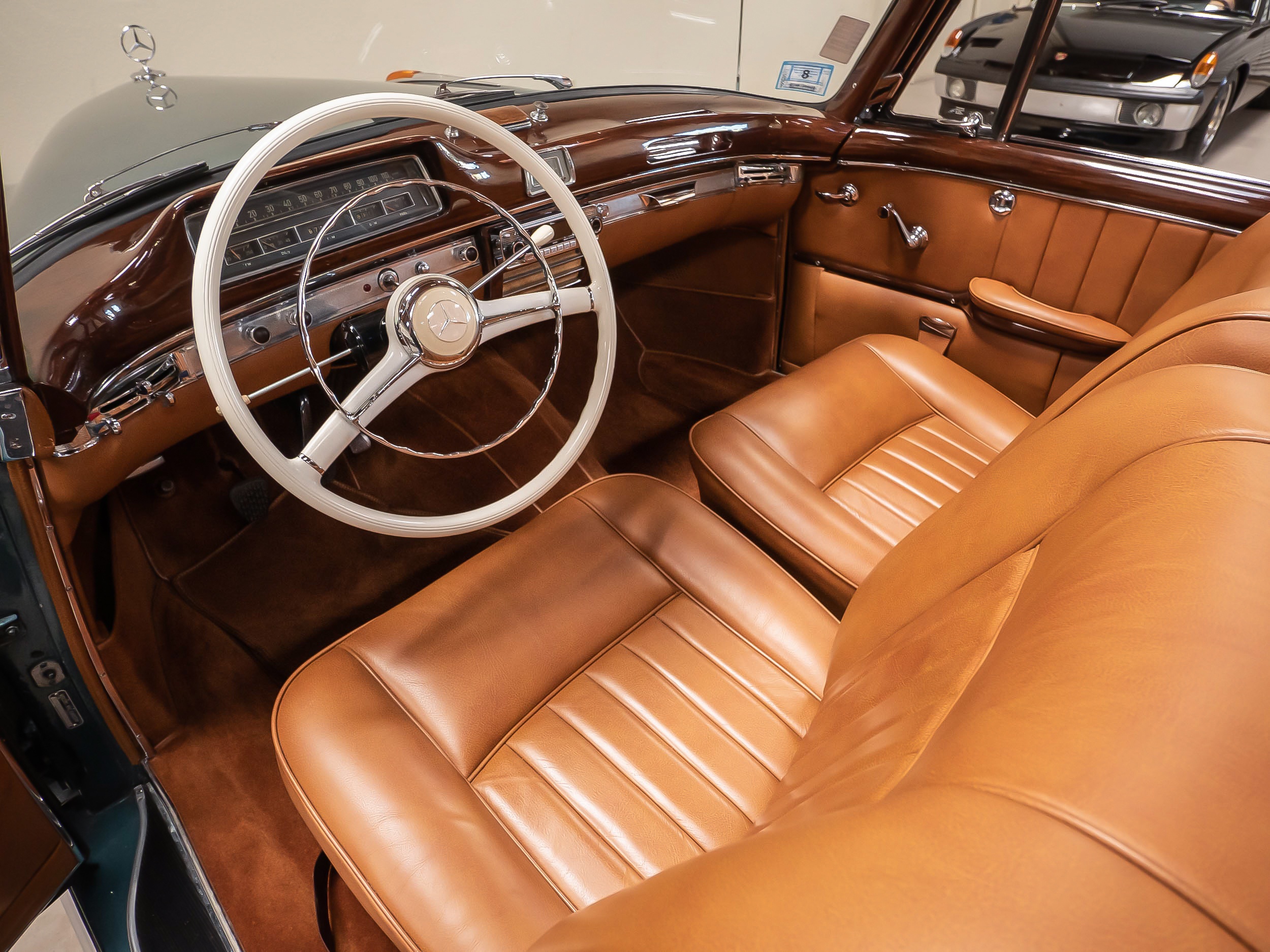 Upon the seller’s purchase, this example was sent to K&H Upholstery to receive over $23k worth of new brown German leather.  Many components of the interior were replaced during this time, although the original instrumentation and clock face have been retained.  An aftermarket radio has been installed and the seller indicates all gauges and accessories to be fully functional. 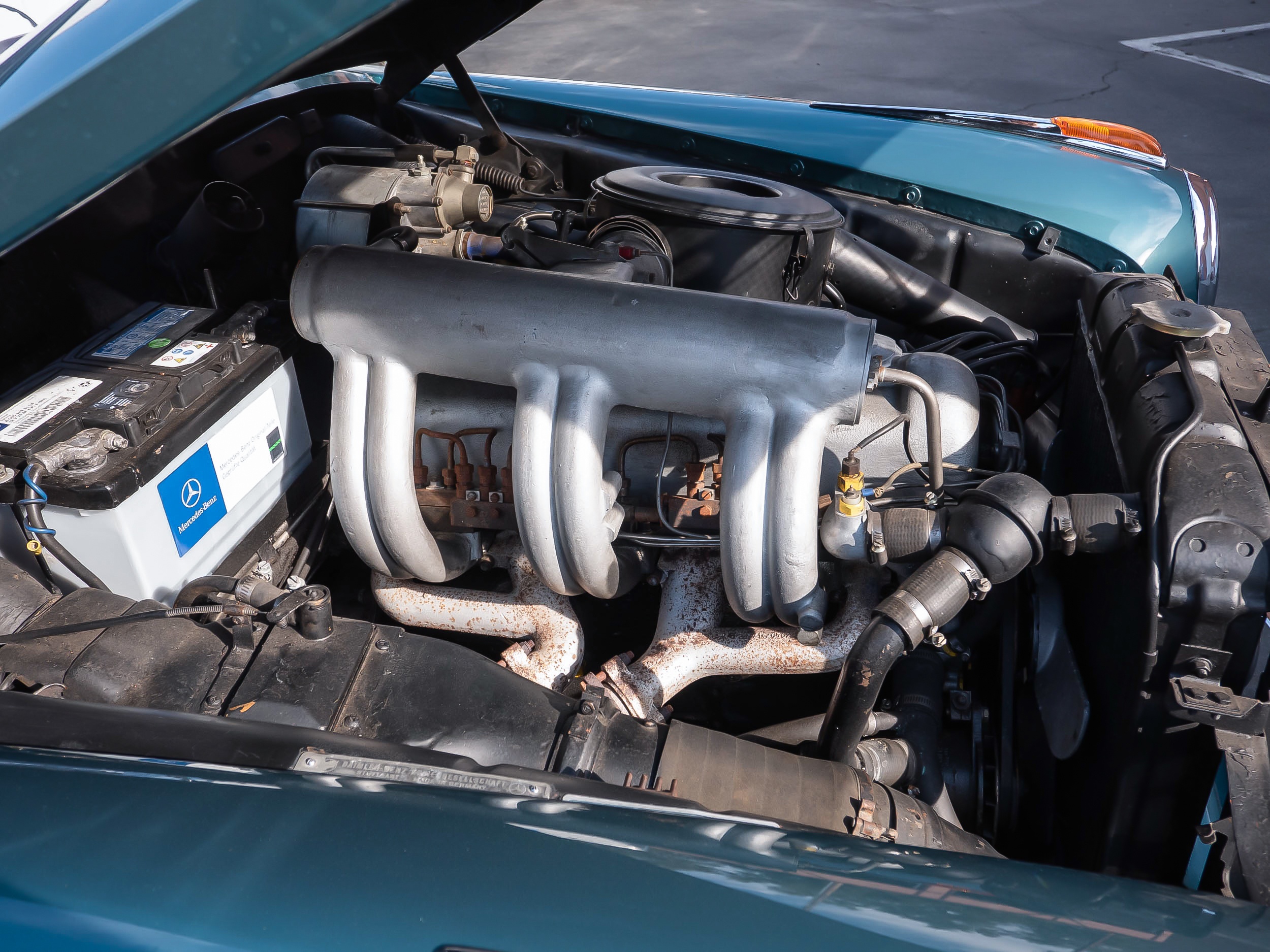 The Mercedes M127 2.2 L inline 6-cylinder engine features an aluminum head, a single overhead camshaft, and Bosch mechanical fuel injection. A column-shift 4-speed manual transmission transmits 115 HP to the rear wheels while a fully independent suspension provides a smooth and refined ride.  All fluids and filters were replaced upon the seller's purchase and this W128 is said to be in strong running order for its next owner. 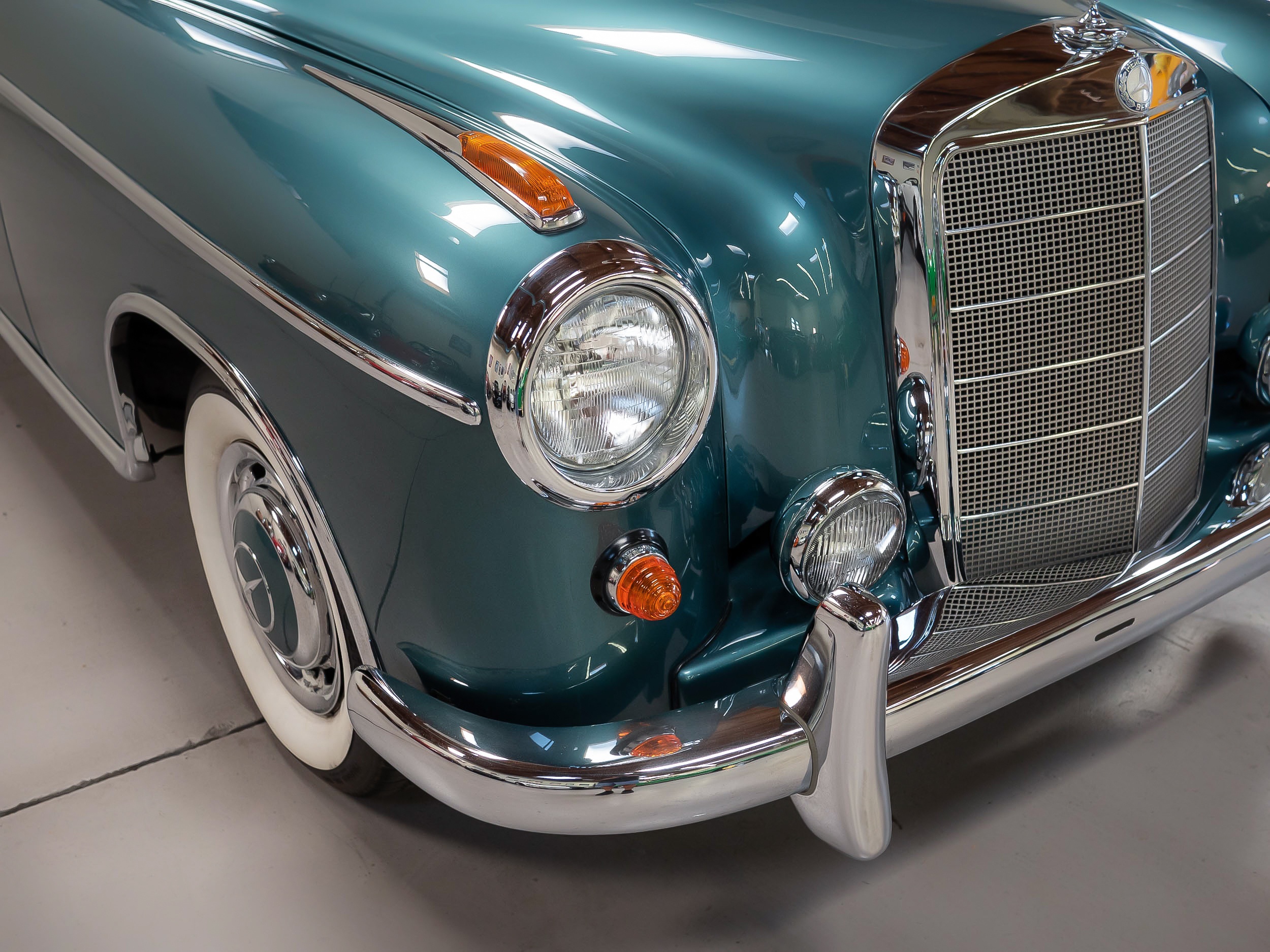 This sale will include a set of 2 keys, original books, some service records, and a clean California title.  An ideal contestant for a variety of concours events, this 220SE makes the perfect complement to any European car collection.