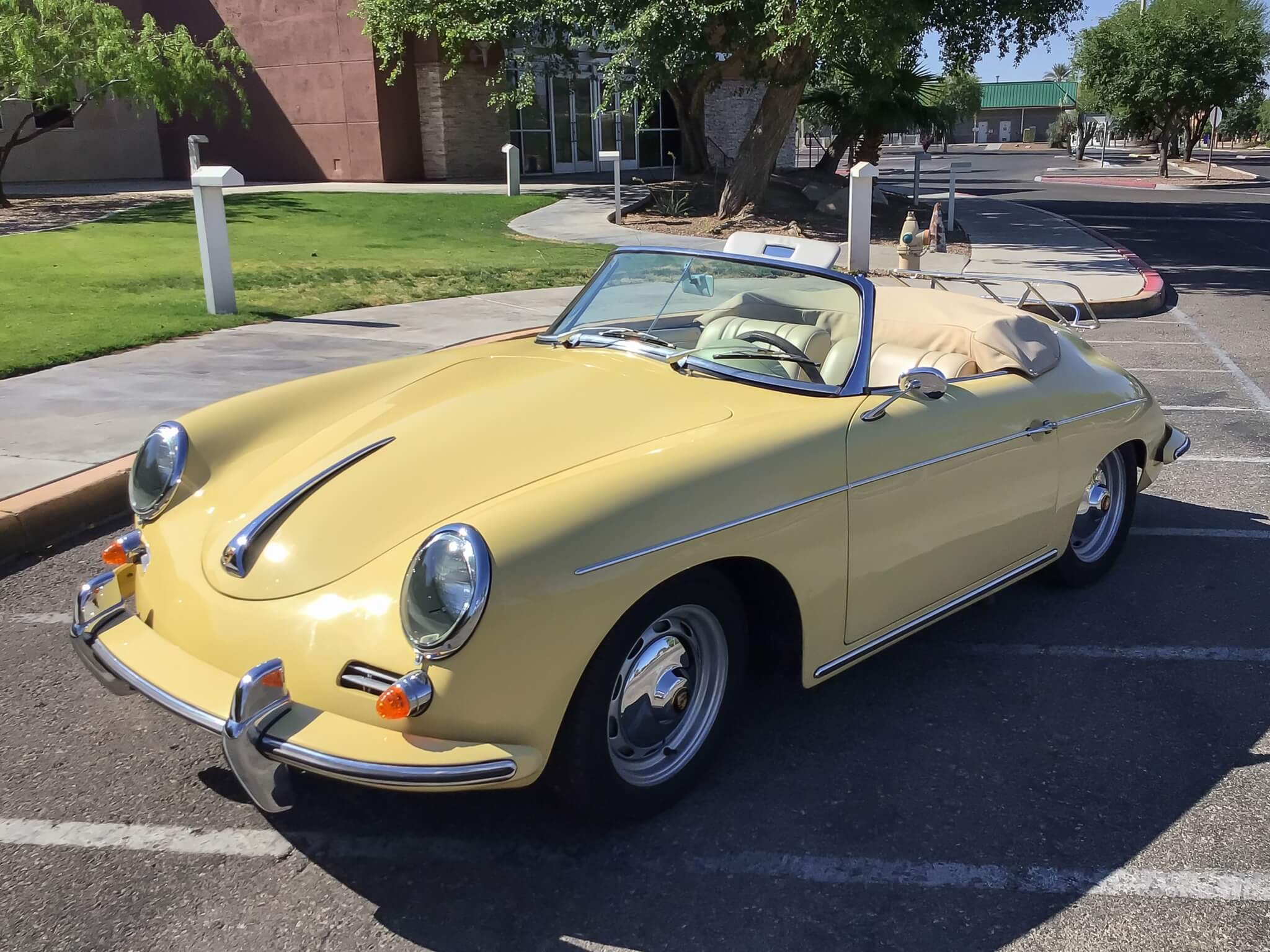 We are pleased to offer this 1960 Porsche 356B 1600 Super Roadster finished in Champagne Yellow over a tan leather interior.  Introduced for the 1960 model year as the replacement for the one-year-only Convertible D, the 356B Roadster debuted new T5 bodywork constructed by Drauz in Heilbronn.  One of only 560 T5 Roadsters produced for the inaugural model year, this 1960 example was purchased by the seller from a family member in California during the late 1990s.  The car has been previously refinished, reupholstered, and equipped with an upgraded Porsche 912 engine which was rebuilt within the last 1,200 miles.  Accompanied by an official Porsche Classic Technical Certificate, this rare 356B Roadster is now being offered by its longtime owner out of Arizona. 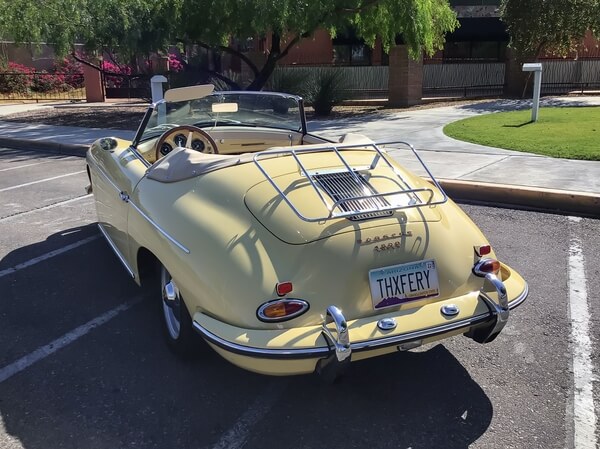 This Roadster was previously refinished in the current shade of Champagne Yellow, and the original color is noted to have been Silver Metallic.  In comparison with its Reutter-built Coupe and Cabriolet counterparts, this Roadster features bodywork by Drauz and is distinguished by its wind-up windows and sporty removable windscreen.  This example features a tan convertible top, matching tonneau cover, a chrome rear luggage rack, and 15” wheels with chrome Super hubcaps and Yokohama tires dated from 2017. 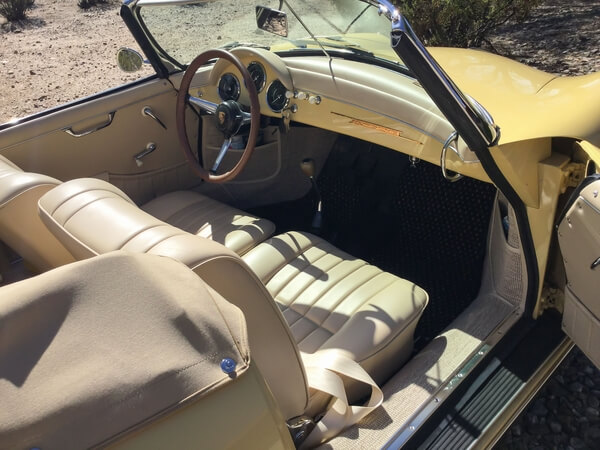 The cabin of this Roadster was reupholstered in tan leather with matching square weave carpeting by the experts at Autos International.  The Porsche Classic certificate indicates the cabin to have been originally appointed in black leatherette.  The extra comfortable Roadster front seats have been retained and this example features black and tan Coco floor mats as well as a brown leather steering wheel cover.  The horn is currently disconnected, and the horn button shows cracks and signs of age.  A new horn button is said to accompany the sale and the seller reports the front deck hinges to stick in the open position at times, a common issue on these cars. 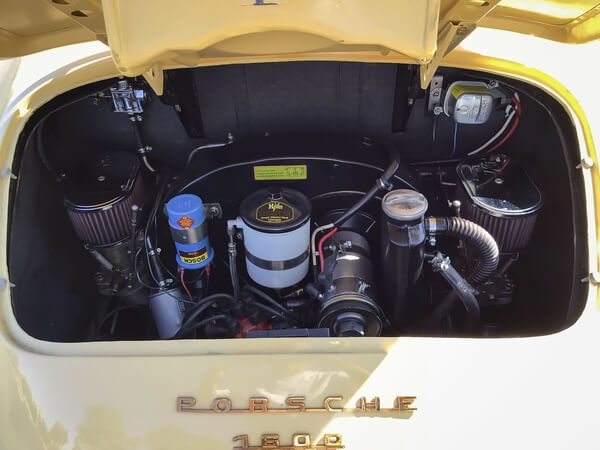 The original 1600 Super engine has been swapped in favor of a later-model Type 616/36 flat-four engine sourced from a Porsche 912.  The rear wheels are driven through a Type 741/0 four-speed manual gearbox. Technical features of this T5 Roadster include four-wheel independent suspension, transverse torsion bars, rear swing axles, a front anti-roll bar, and hydraulic drum brakes at all four corners.  The engine is said to have been rebuilt in the last 1,200 miles and a number of items were addressed following the Porsche Classic technical inspection including a new ignition coil, new drive axle boots, and a top-off of the transmission fluid.  The full Porsche Classic inspection is provided for reference in the photo gallery along with images of the underbody. 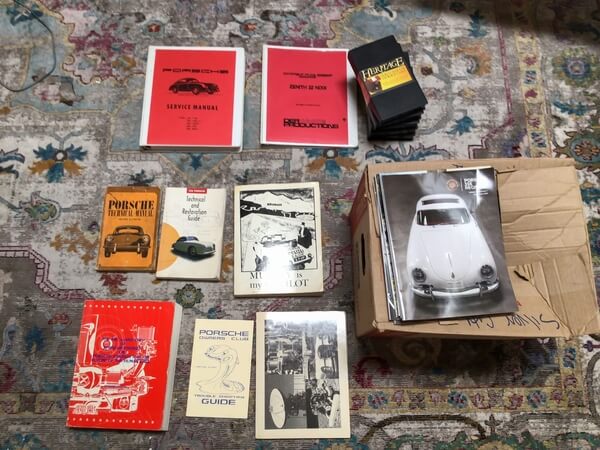 This sale will include a collection of service manuals and literature, a Porsche Classic Technical Certificate, and a clean title.  The perfect choice for a vintage driving enthusiast in search of a classic open-top 356, this rare T5 Roadster is just waiting to begin its journey with a new owner.