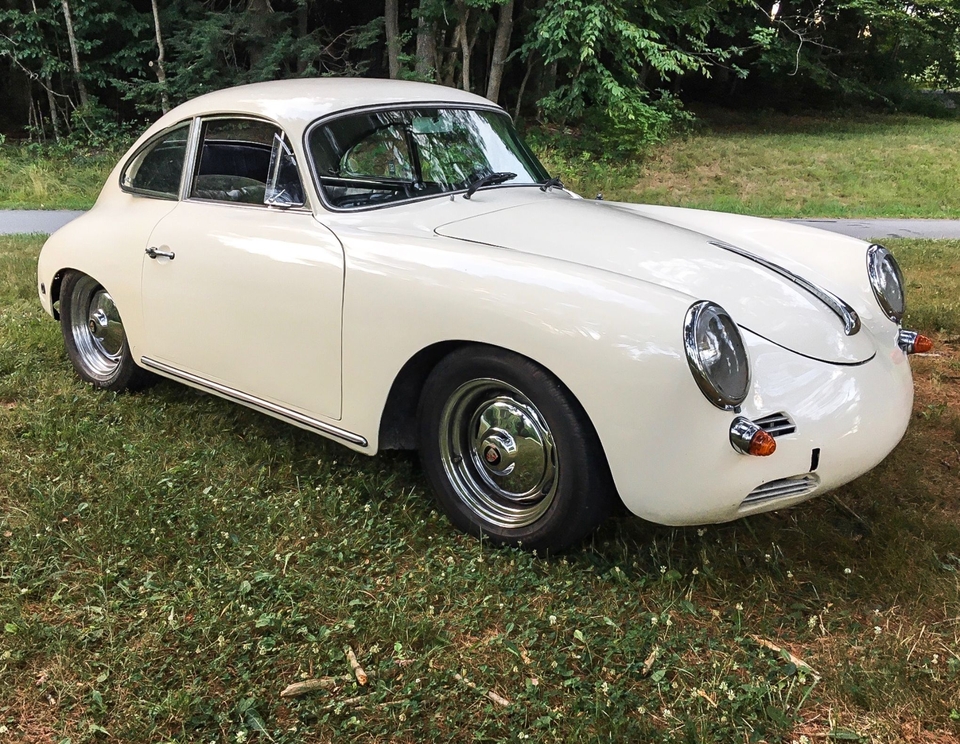 Now available for auction is this 1961 Porsche 356 B 1600 Reutter Coupe finished in Light Ivory over a black interior.  In 1959, the 356 B generation was launched with some technical revisions and updated bodywork by Reutter.  Purchased by its current owner as a driver-grade example approximately 30 years ago, this 356 B has since been treated to several upgrades and improvements including a full respray and custom engine rebuild with increased displacement.  Accompanied by over $40k worth of maintenance receipts, this number’s matching 356 B T5 is said to be in phenomenal driving condition with approximately 1,500 miles on the rebuilt motor and 128k miles showing on the odometer. 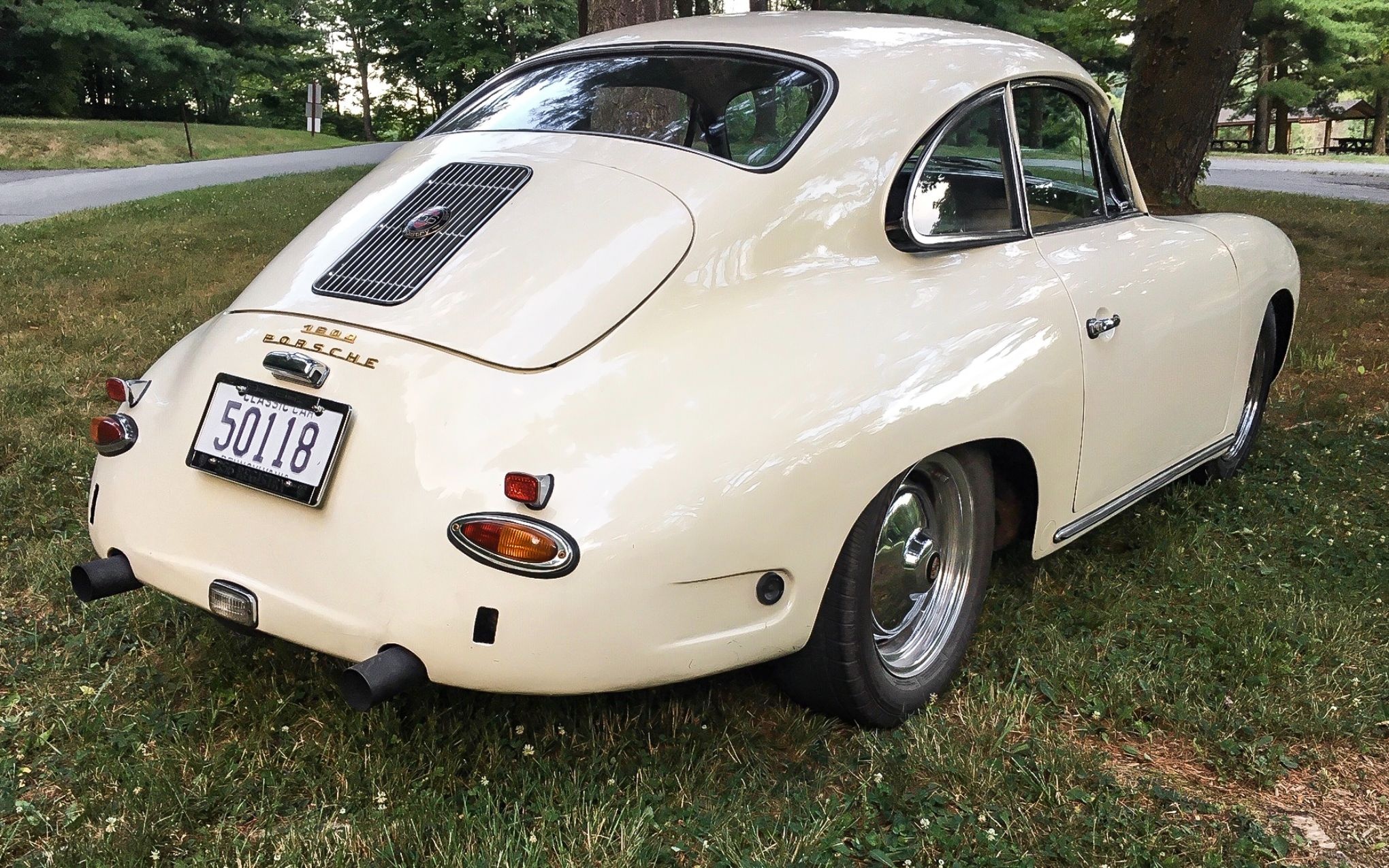 This 356 B is said to have been professionally refinished in its factory original color of Light Ivory 7 years ago.  The exterior finish is noted to be in great shape and the original brightwork is also retained, detailed images are provided in the photo gallery.  The windshield was replaced, and both the front and rear bumpers have been removed for aesthetic reasons, although the original bumpers will also be included.  The 356 B body can be identified by the raised level of its headlights, larger protruding indicators and additional air inlets in the lower front valence.  This coupe rides on factory 5 ½ inch chrome wheels which come dressed in Hankook tires. 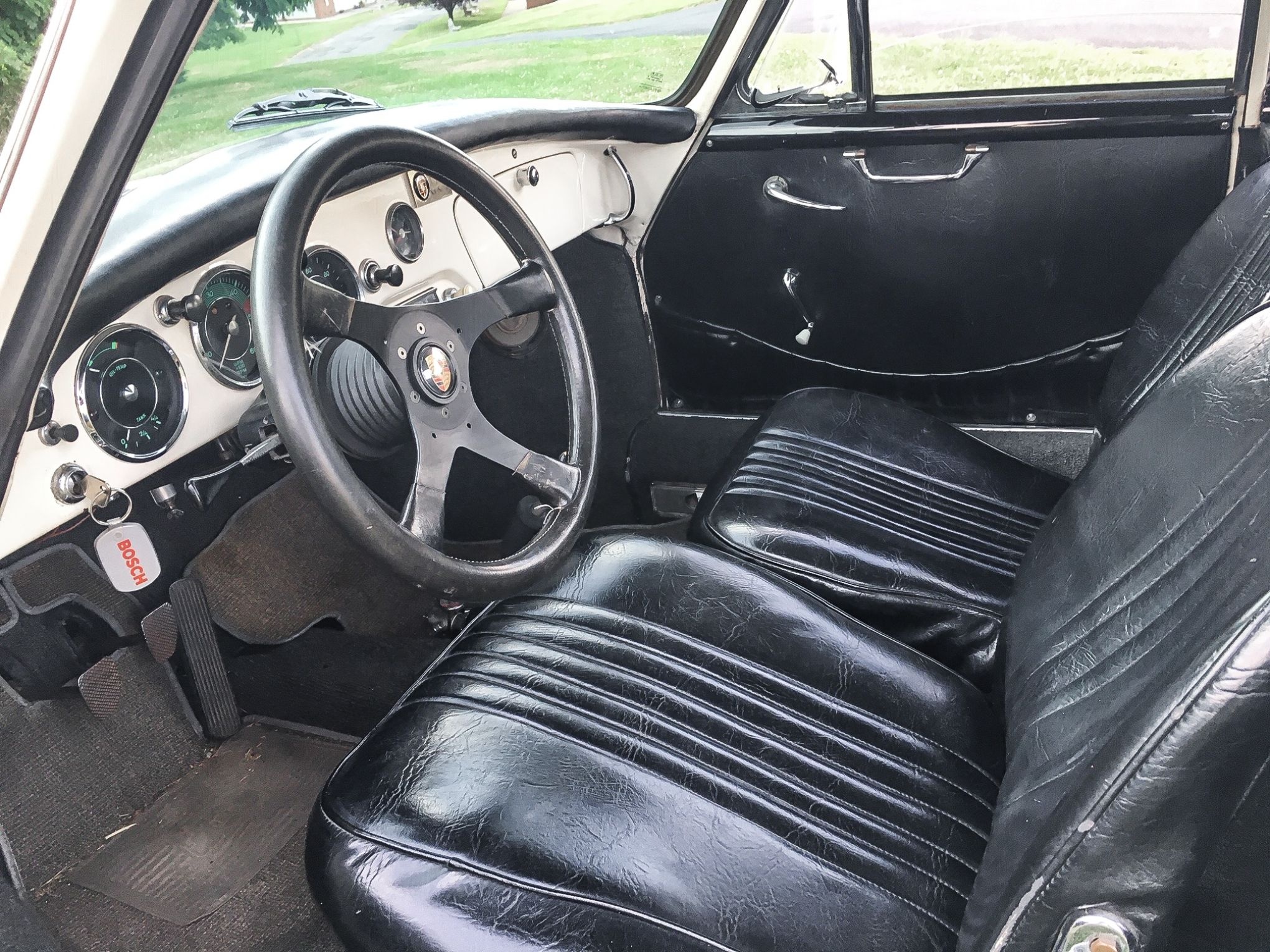 Inside, this 356 B features a black interior which is said to be in good condition with all gauges and accessories working properly.  The original carpeting remains in place and a new headliner has been installed along with an upgraded MOMO steering wheel.  The original steering wheel is also included and the seller notes that the electrical system has been converted to 12v for electronics. 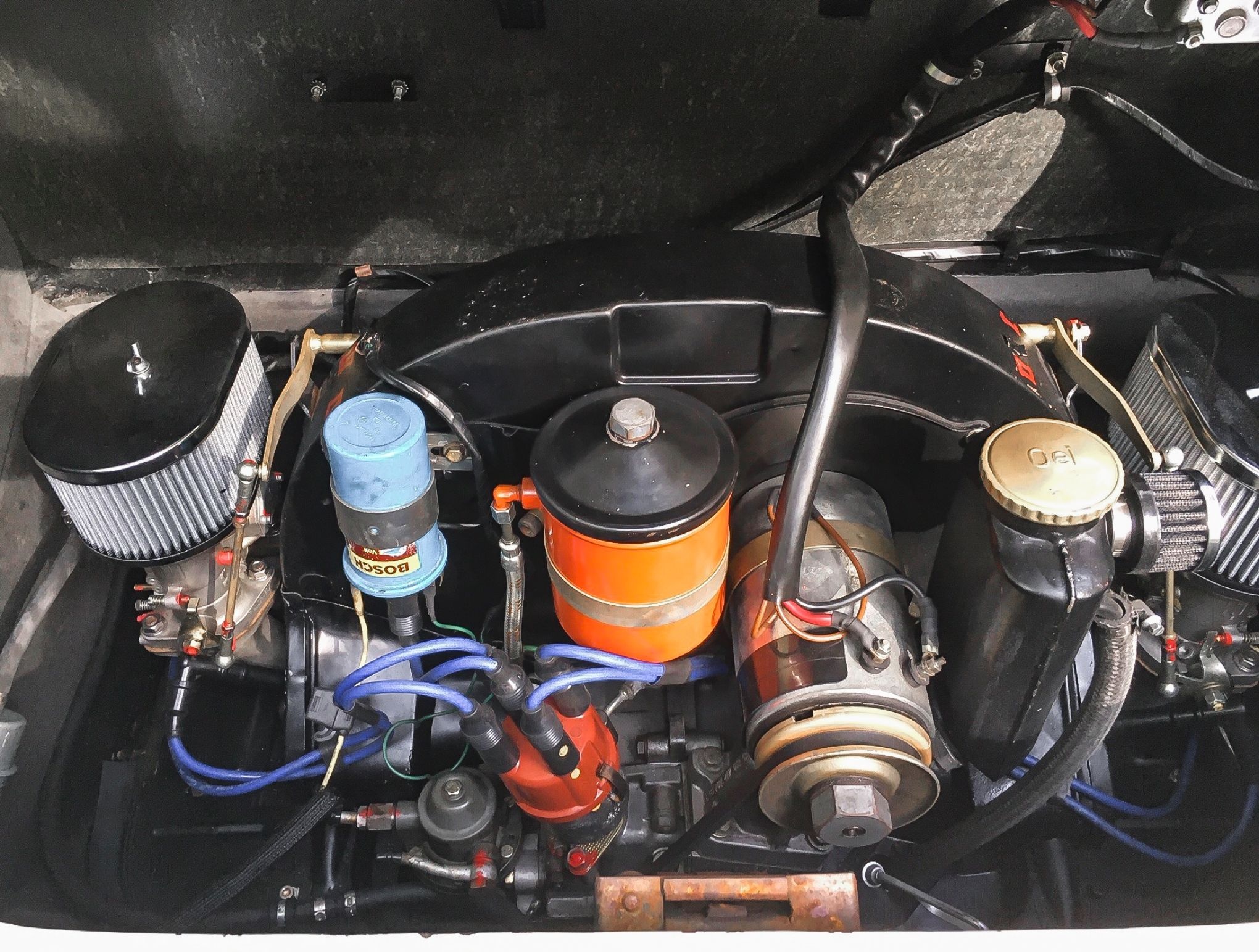 This 356 B carries a flat 4-cylinder engine which is mated to a number’s matching 4-speed manual transmission that was completely rebuilt by Vic Skirmants about 10 years ago.  Following an engine fire in 2013, this 356’s motor was completely rebuilt and upgraded by Powertech Porsche from a 1600cc to 1720cc displacement.  The original engine block was retained, and the rebuilt motor is said to offer an average output of 105 HP.  Upgrades installed during this time include a big bore kit, aluminum oil cooler, new shifter block, rebuilt distributor and a 3-angle cut on the valves.  A new 200mm clutch package was installed many years ago and the front brakes were recently replaced along with the master cylinder.  With only 1,500 miles driven since the engine rebuild, this 356 is said to be in excellent running order with a valve adjustment and standard service carried within the last month. 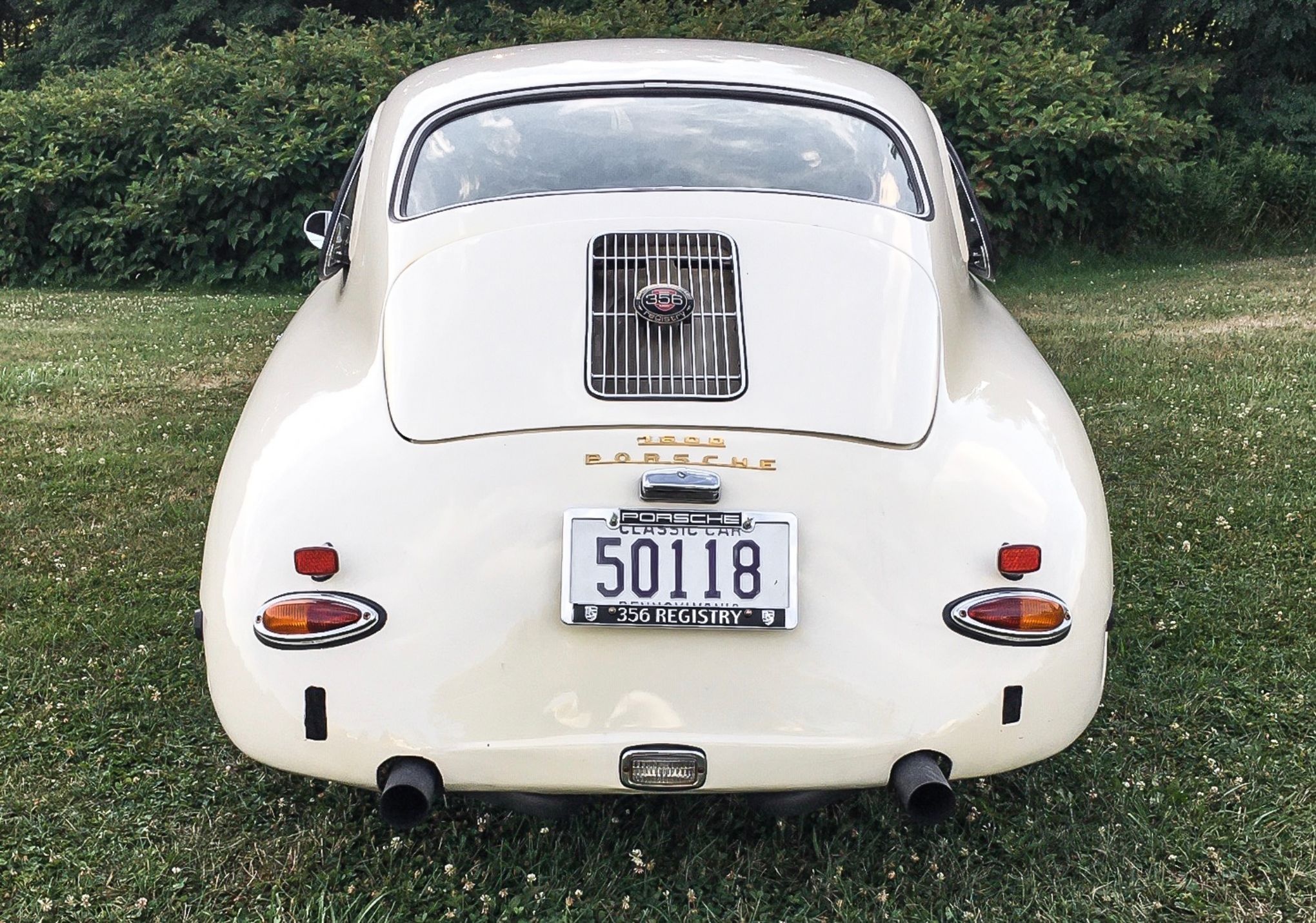 The sale of this 356 B will include one key, a Porsche Certificate of Authenticity and a collection of service records.  If you’ve always dreamed of owning a classic Porsche 356, this 1961 Reutter coupe may just be the one.