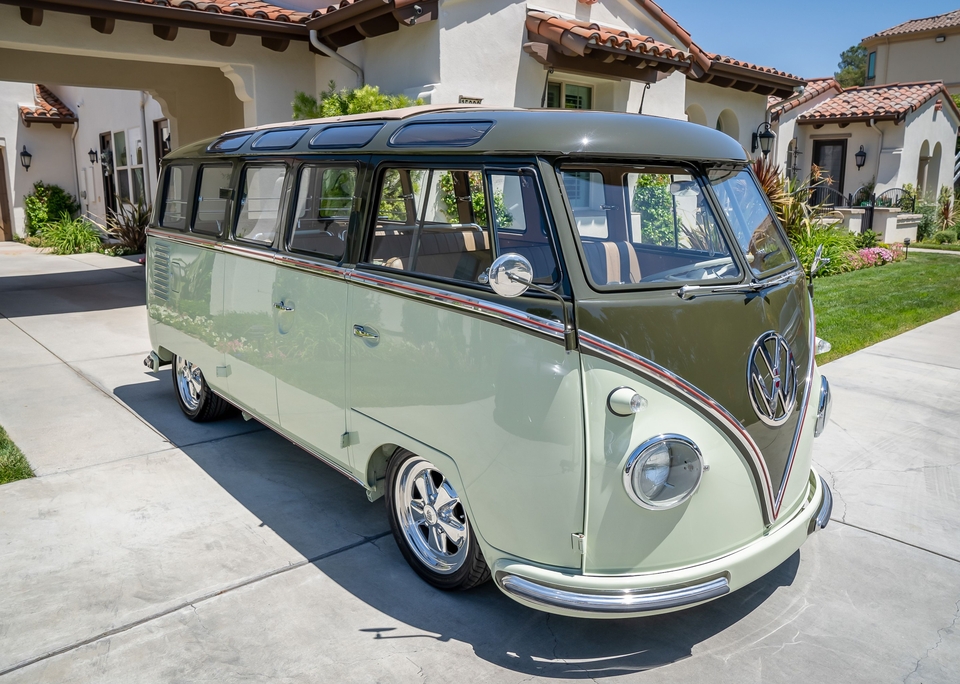 Now available for auction is this fully restored 1961 Volkswagen T1 23-Window Samba Bus finished in two-tone Palm and Sand Green over a beige leather interior.  The deluxe version of VW’s iconic T1 microbus, this highly sought-after 23-window Samba underwent an extensive nut-and-bolt restoration by Silver Linings Auto Restoration from 2015-2018 at a cost of over $200k.  The bus was dismantled down to the bare frame before being reassembled and fitted with a rebuilt 1776cc dual-carbureted engine, air ride suspension, upgraded Wilwood disc brakes, and a reupholstered interior.  This beautifully executed Samba bus is now being offered for auction by its seller out of California. 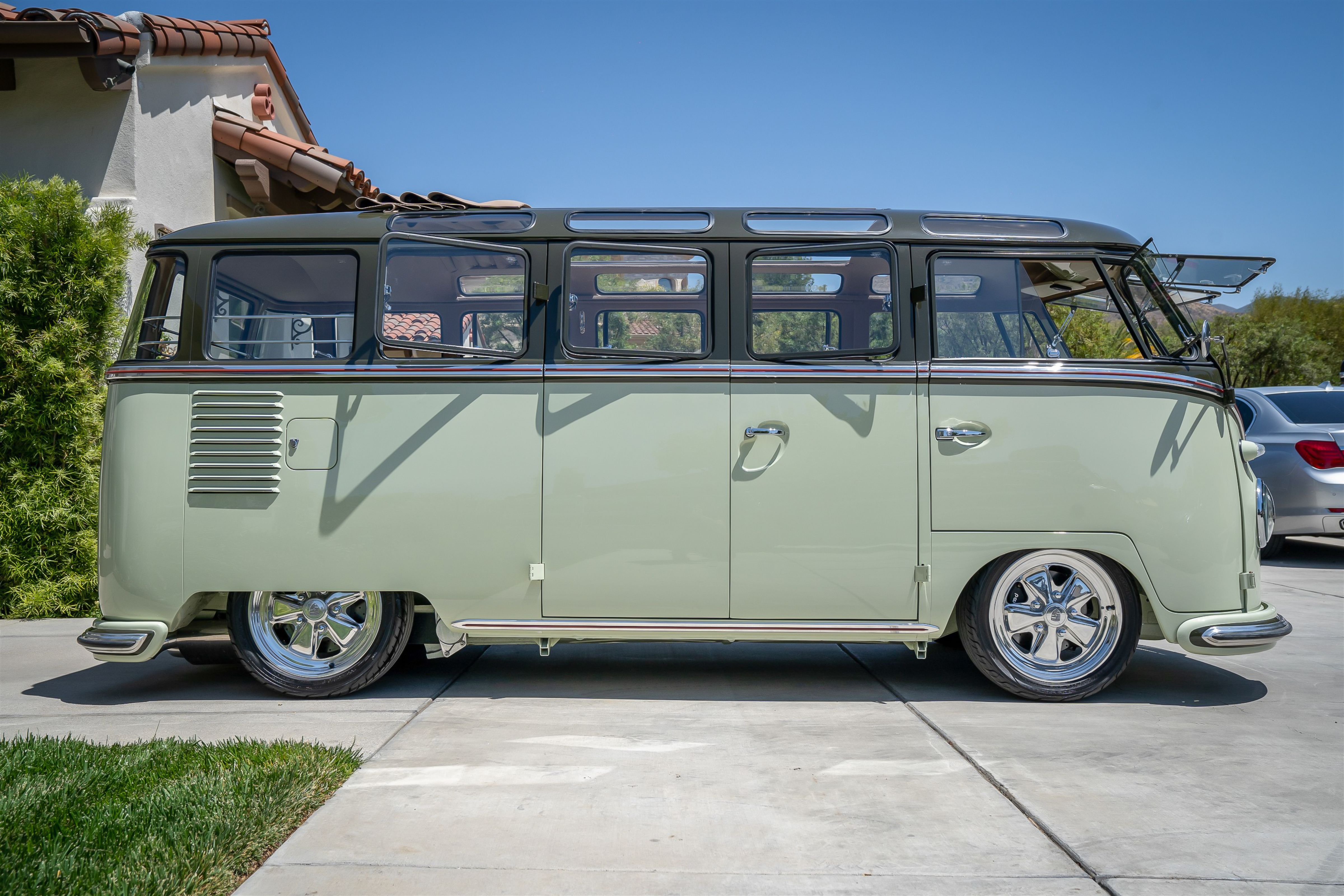 During the restoration, this bus was completely disassembled before the body was sanded down to bare metal and refinished in the classic two-tone theme of Palm and Sand Green.  All new rubber seals were installed, and the seller notes that much of the original etched Sigla glass has been retained.  The frame was also removed and professionally powder-coated before being paired with the body.  Detailed images are provided in the photo gallery along with images of the restoration process.  This Samba bus sports the desirable 23-window configuration with additional curved glass panes in the rear corners.  Some other notable features include pop-out Safari front windows, front quarter window vents, a retractable cloth sunroof, pivot-hinged side doors, and chrome 16” Fuchs wheels with Porsche center caps which are currently dressed in a set of Yokohama tires. 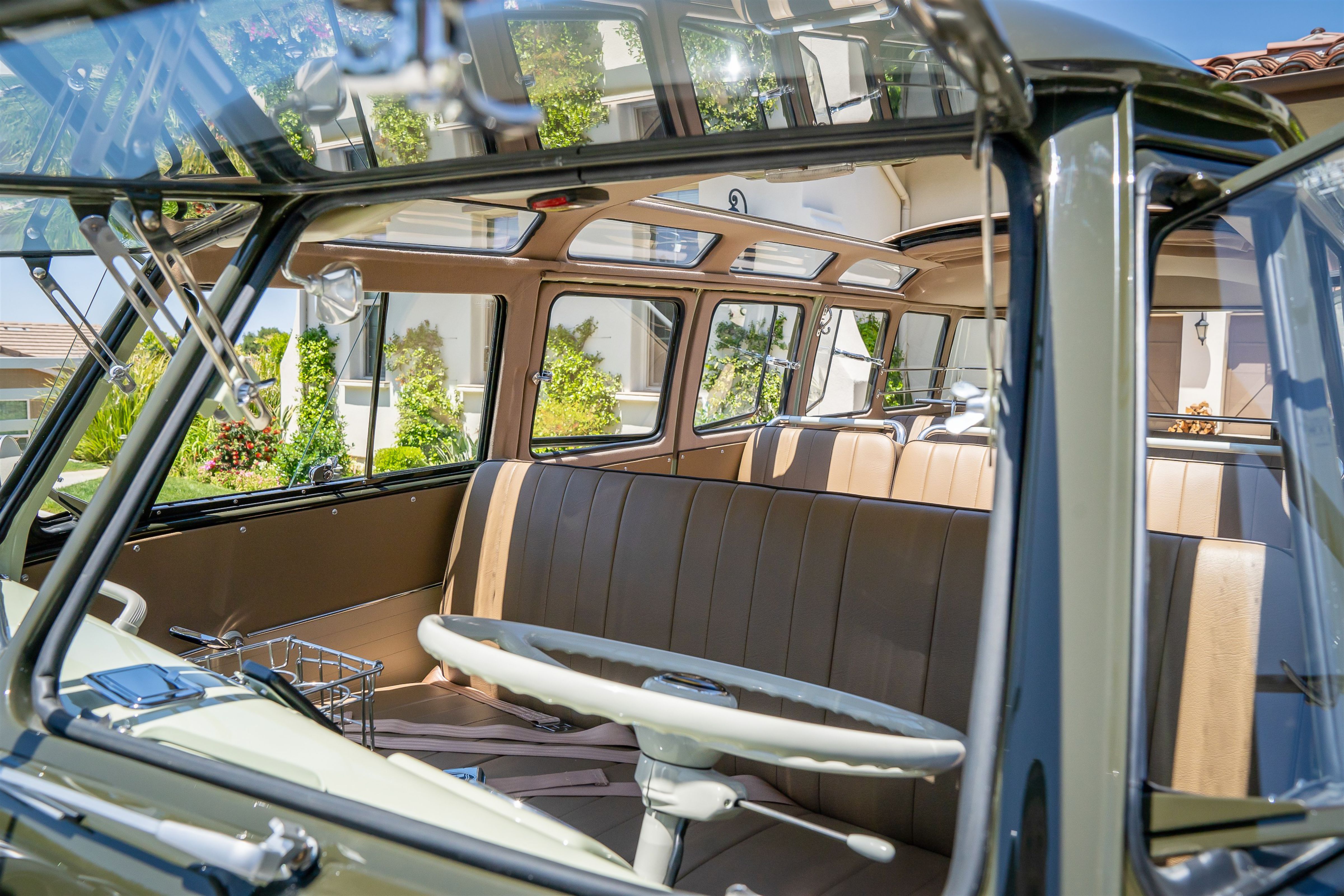 The cabin has been completely redone, lined with Dynamat insulation, and outfitted with new tan leather upholstery.  The seats were also rebuilt with period-correct stuffing and covered in matching tan leather with dark contrasting piping.  The interior maintains a factory appearance aside from the air-ride suspension controller mounted to the dashboard.  The driver is supplied with a basic cabin air vent system, analog instrumentation, Wolfsburg-crest lap belts, and a vintage-style chrome cup holder storage basket.  The 5-digit VDO odometer currently shows just under 900 miles, which is believed to reflect the distance traveled since the restoration. 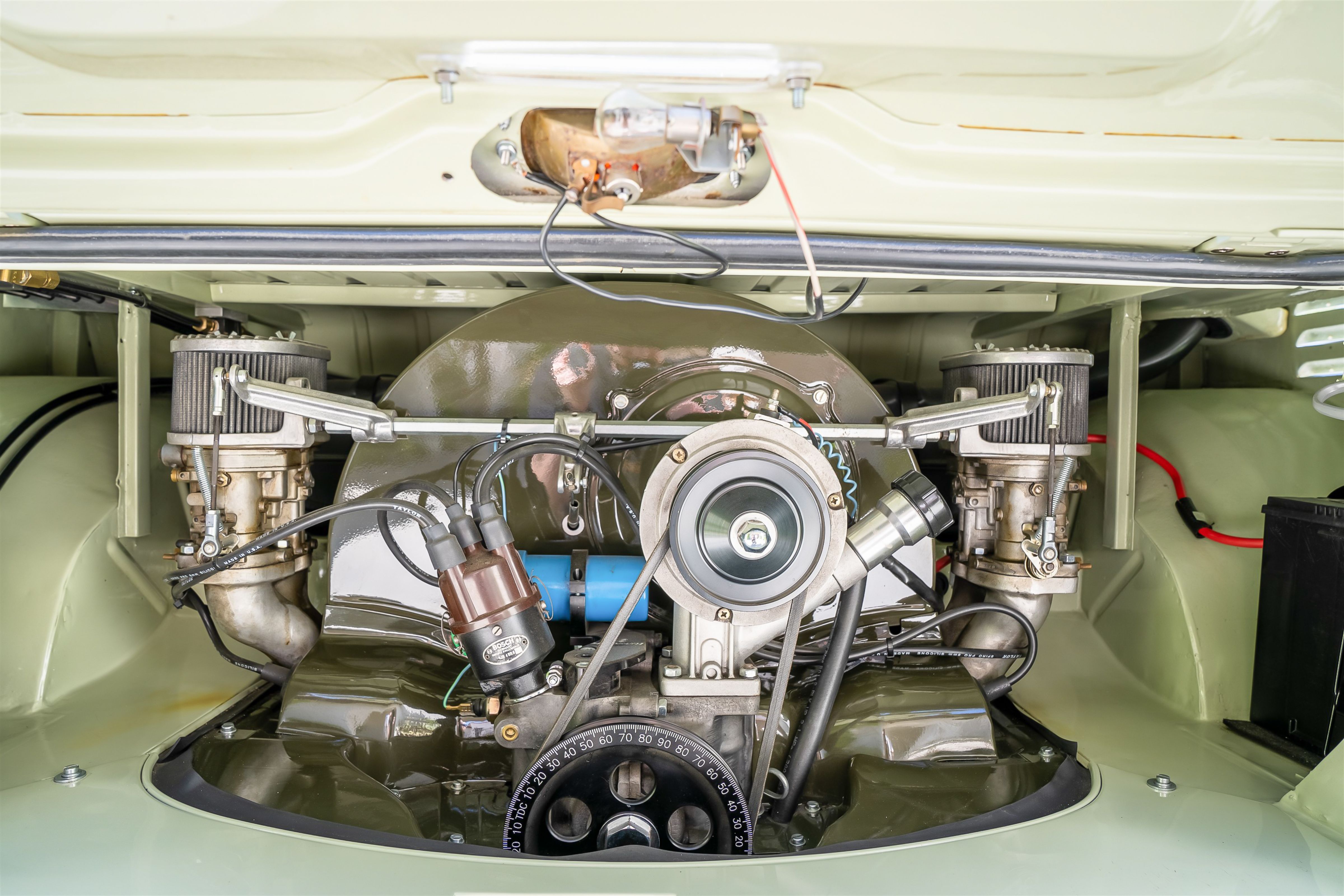 Power comes from an air-cooled 1776cc flat-four engine which was rebuilt during the restoration and fitted with dual carburetors as well as an upgraded pulley and distributor.  The rear wheels are driven through a 4-speed manual gearbox.  Custom front and rear suspension were installed including Porsche lug-pattern hubs and an air ride system which offers several adjustable ride height settings to choose from.  Large Wilwood disc brakes were also equipped on all four corners for improved stopping power. 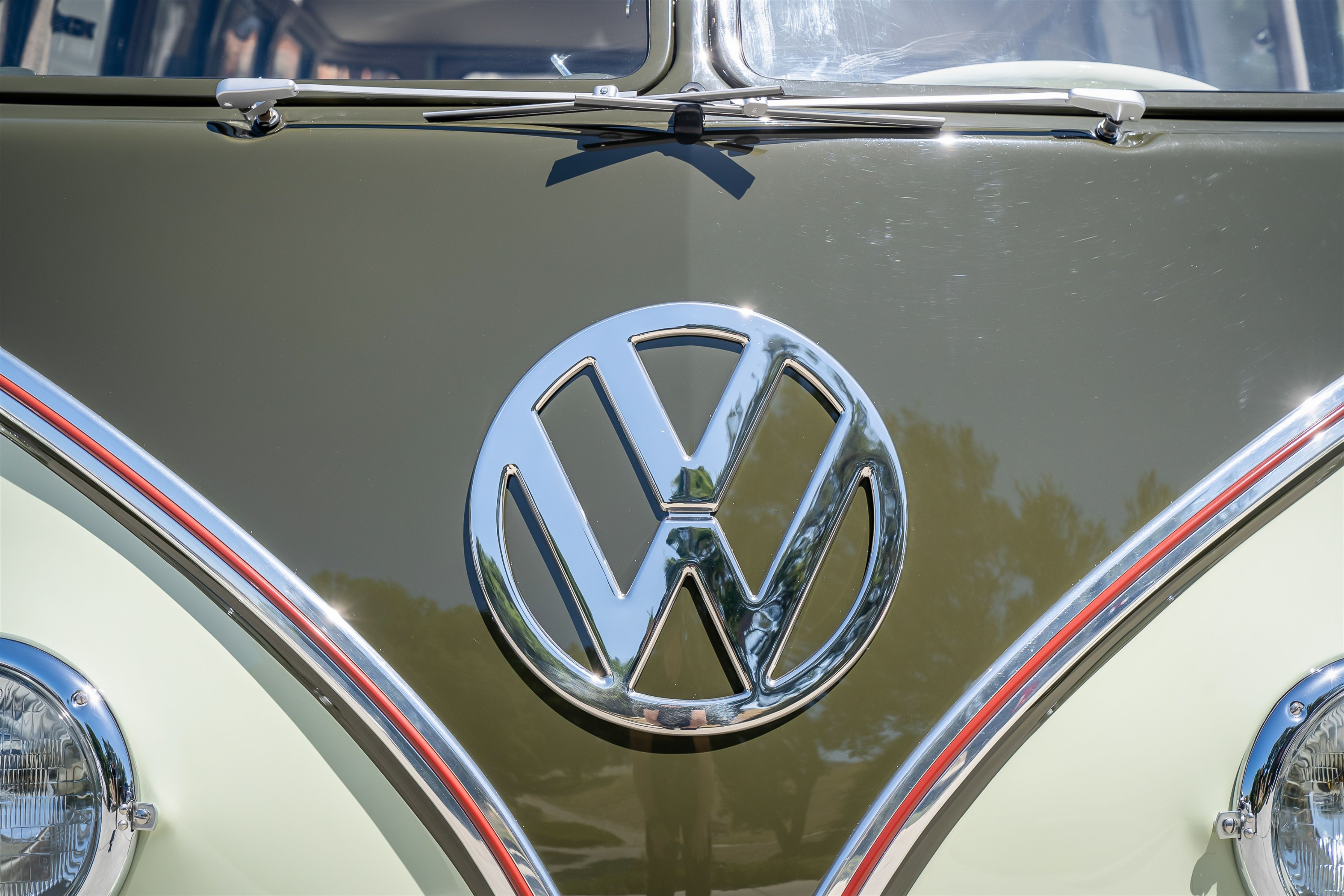 Accompanied by a clean title and restoration records, this stunning 23-window Samba is ready to put a smile on the face of its next owner.