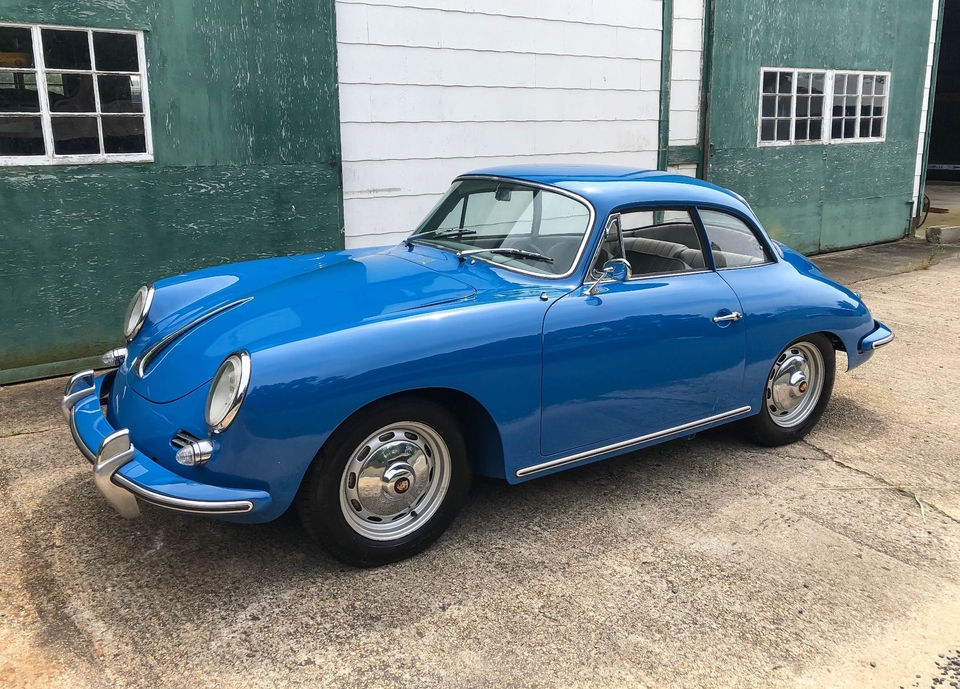 We are pleased to present this 1962 Porsche 356B T6 notchback coupe finished in Azure Blue over a grey leather interior.  The unique looking Karmann hardtop or “notchback” model 356 first appeared in 1961, and in 1962 the revised T6 model notchback was debuted with its own dedicated production design.  Having undergone an intensive nut and bolt restoration in Belgium about 20 years ago, this exceptional 1962 example is said to have been mostly kept in storage with less than 300 miles added since the restoration.  Representing one of the most unique and collectible 356 models, this T6 notchback is now being offered for auction in a fully restored state showing approximately 59k miles on the odometer. 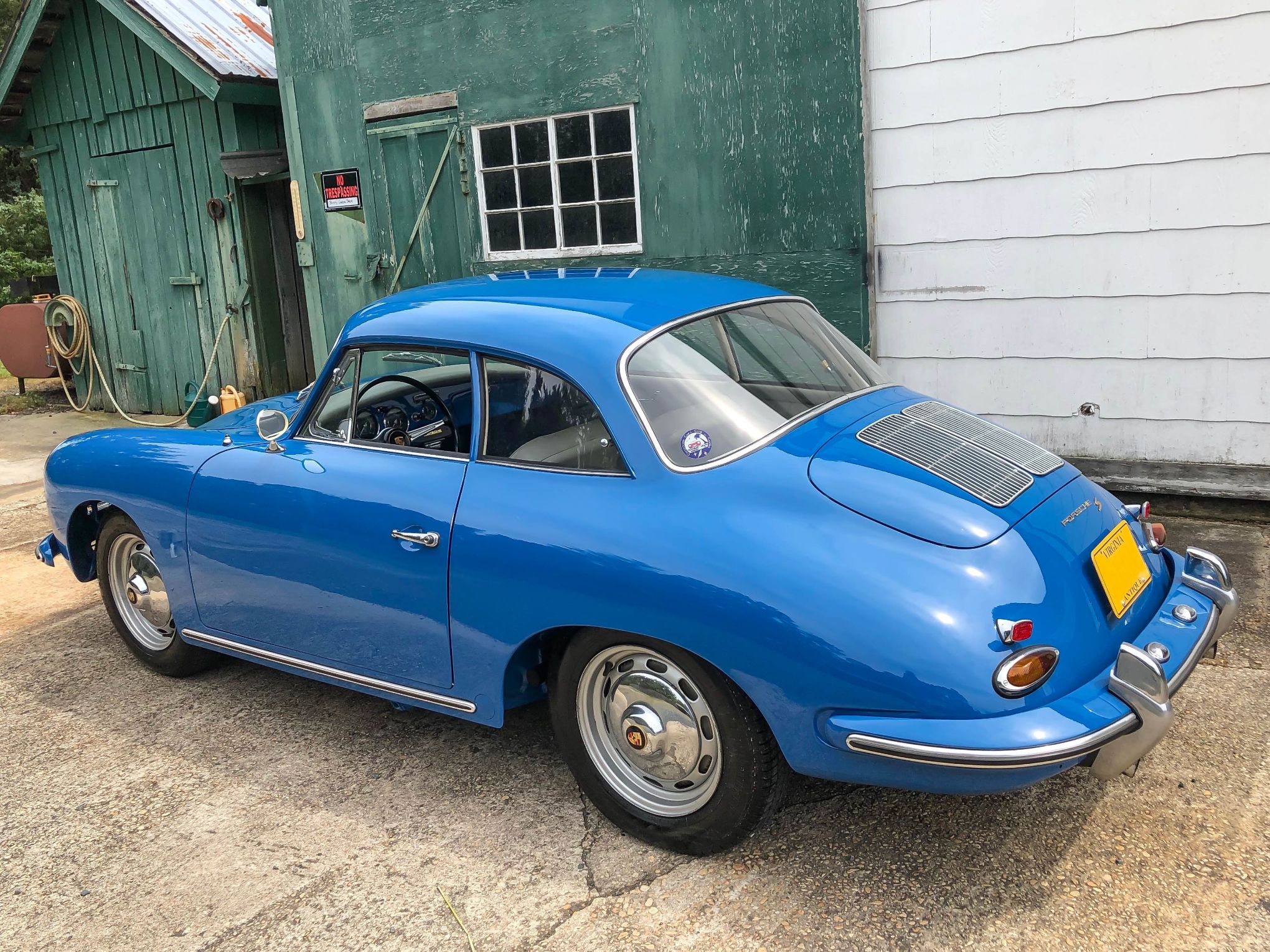 During the restoration all of the brightwork was refurbished and this 356 was professionally refinished in Azure Blue.  The exterior is noted to be in excellent condition and a collection of detailed images is provided in the photo gallery.  The T6 notchback design features the rear end styling of a cabriolet, the windscreen frame of a coupe and a distinctively shaped steel hardtop.  This 356B rides on refinished factory wheels which are currently wearing an older set of Metric Radial steel belted tires. 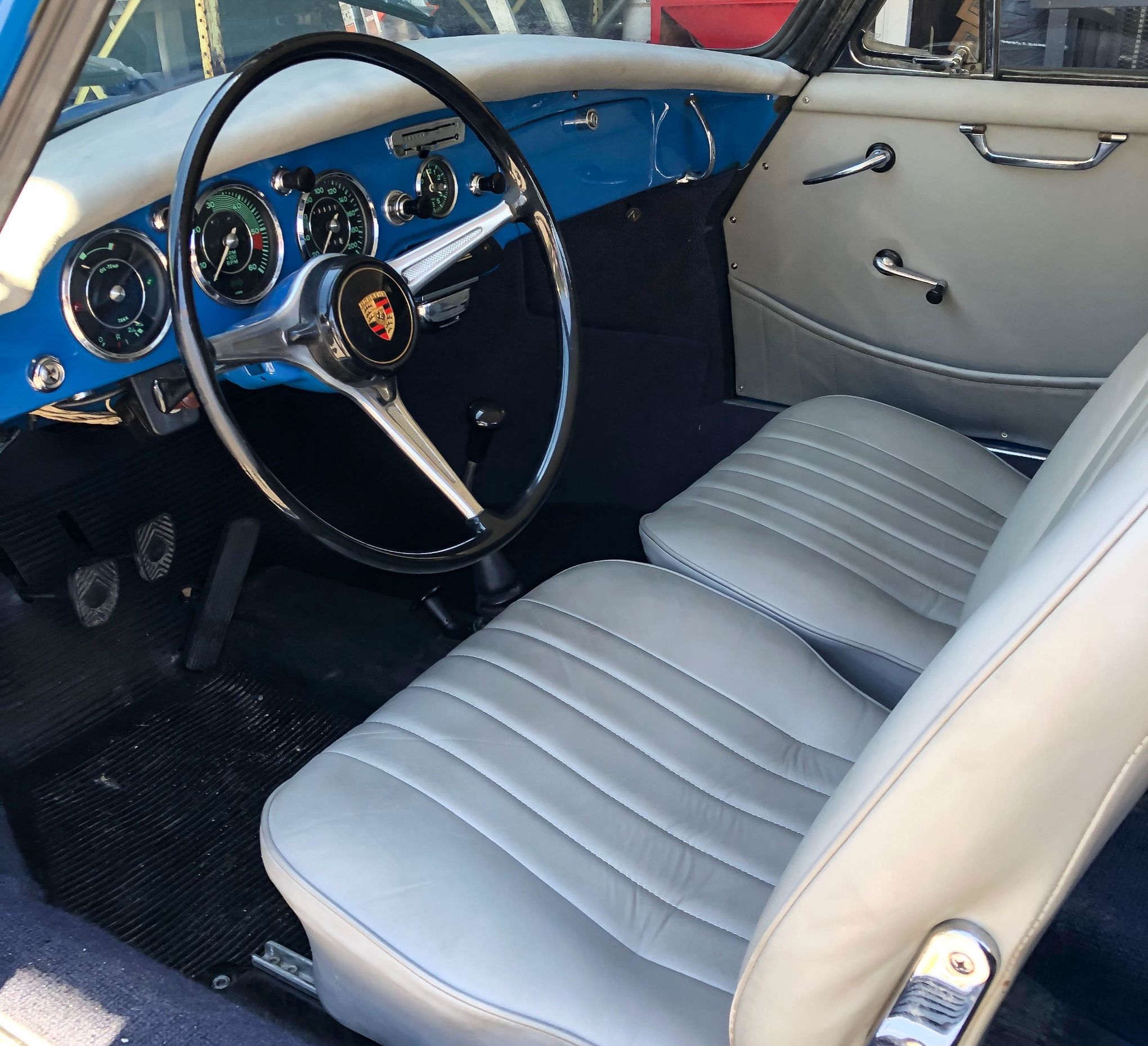 Inside, the cabin has been completely reupholstered in grey leather with new seats, carpeting and door cards.  The interior is stated to be in superb condition with all gauges and accessories remaining fully functional, although the clock has been set at the 3:56 position. 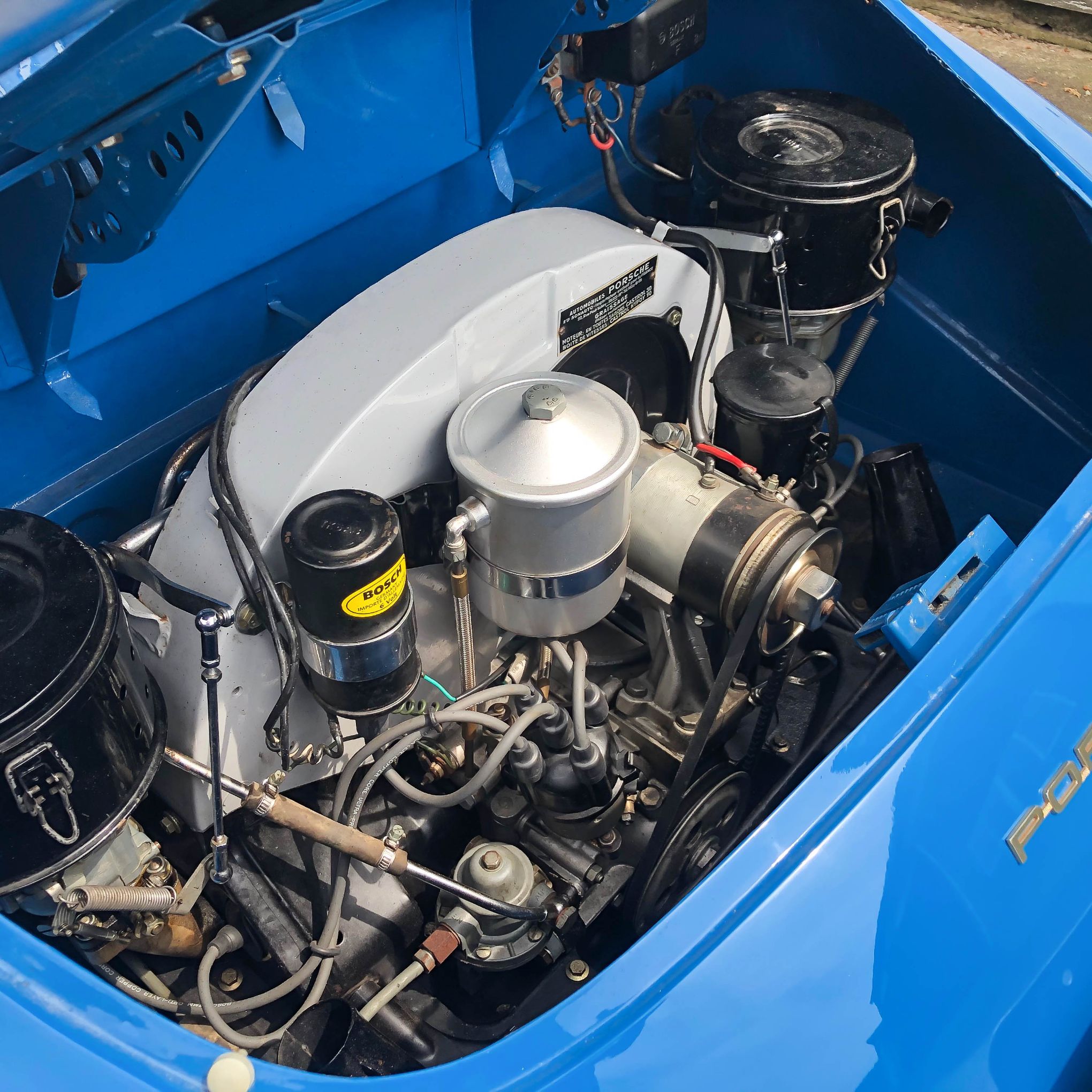 This 356B carries its original 1600cc Super flat-four-cylinder engine which is mated to a number’s matching 4-speed manual transmission.  Following some time away in storage, this 356 was recently brought out and treated to over $5k worth of mechanical refreshment to ensure that it remains in peak operating condition.  The following service items are said to have been carried out during this time:

With a fresh full service and less than 300 miles added since the time of the restoration, this 356 is said to be in exemplary running order. 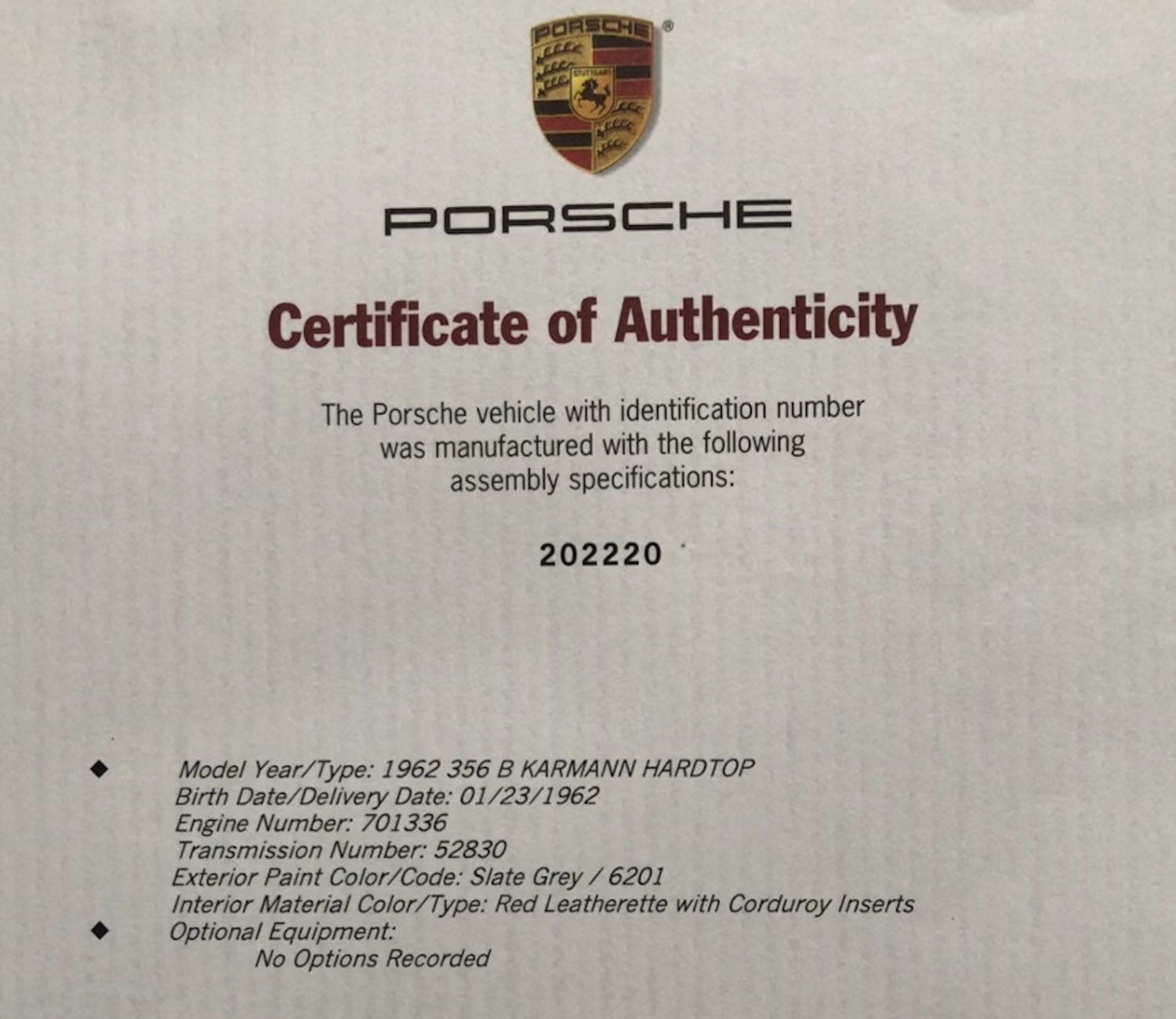 The sale of this incredible notchback coupe will include a set of two keys, service records, a jack and spare tire.  This beautifully restored T6 notchback is an absolute dream come true for any passionate 356 enthusiast.