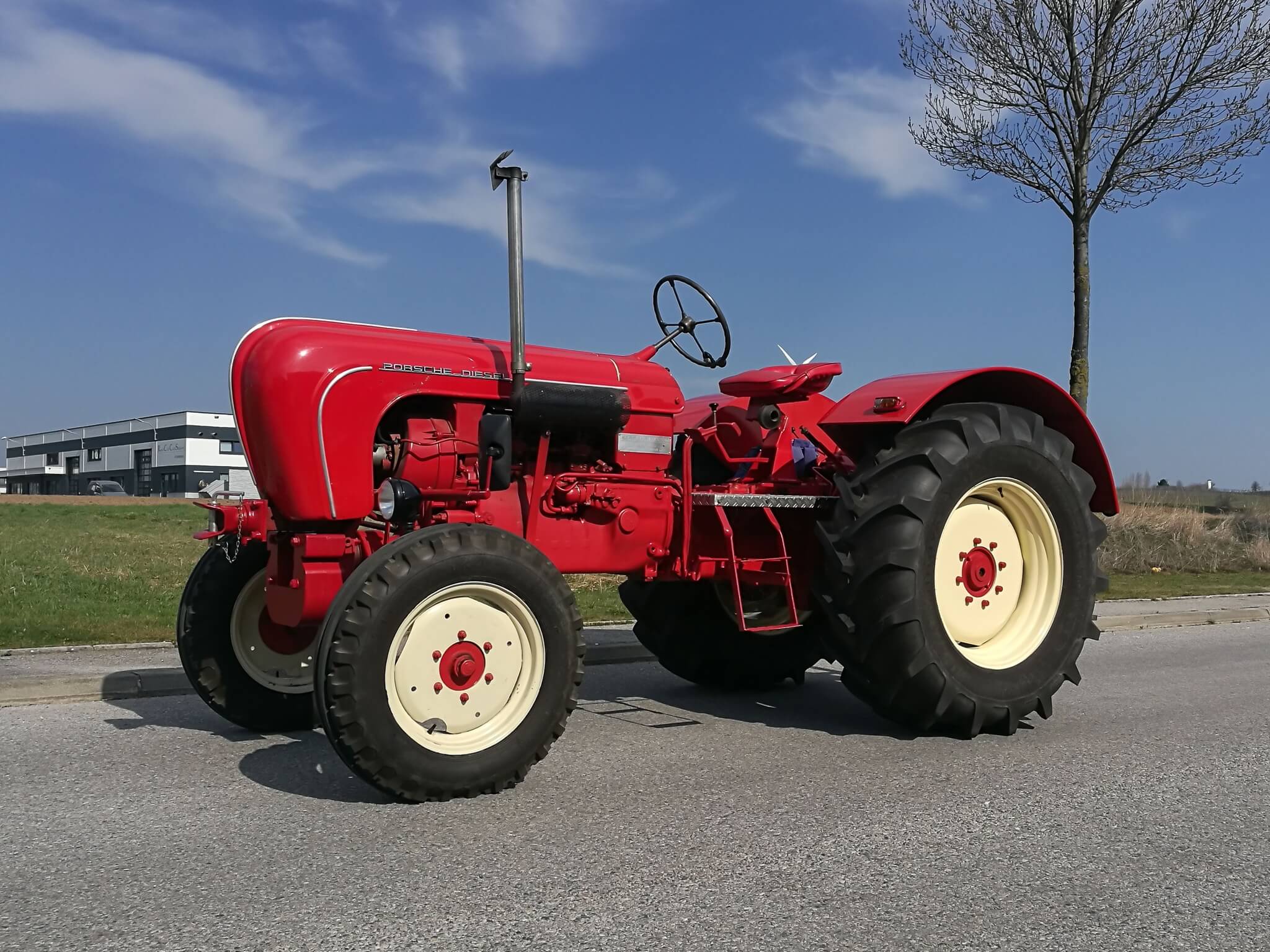 Up for auction is this highly sought-after 1962 Porsche-Diesel Master 409.  The 409 was part of Porsche’s Master series and was the final tractor from Porsche to be produced in Friedrichshafen.  With less than 50 examples built during the production run from 1962-1963, the 409 is regarded as the rarest and one of the most collectible Porsche tractors of all.  First registered for road use in Germany in 1964, this particular example had undergone a thorough restoration from 2005-2007, at which point it was acquired by the current owner.  Approximately 171 hours of use have been logged since the restoration and the tractor is reported to be in fantastic mechanical order while staying true to nearly all of its factory specifications.  What can easily be considered as the holy grail of Porsche-Diesel tractors, this incredibly rare Master 409 is now being offered for auction by its owner out of Austria. 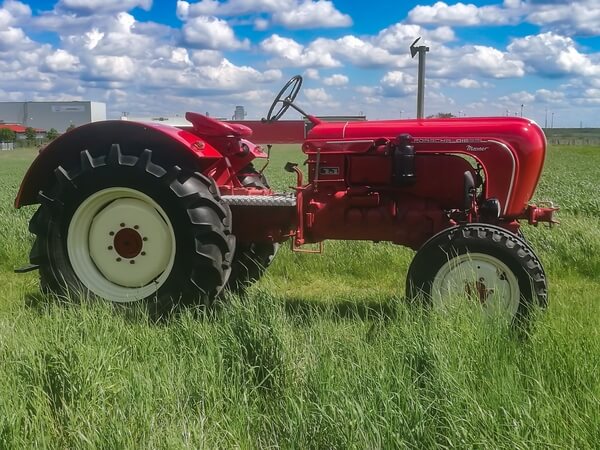 During the restoration, this tractor was refinished in its original red color, the engine hood was completely refurbished, and new side mirrors were added along with custom bracketry.  The wheels were repainted in their traditional cream color and dressed in new tires sized 7.5-20 in front and 480/70R30 rear.  New rear fenders were also installed which were precisely adapted to accommodate the wider rear tires. 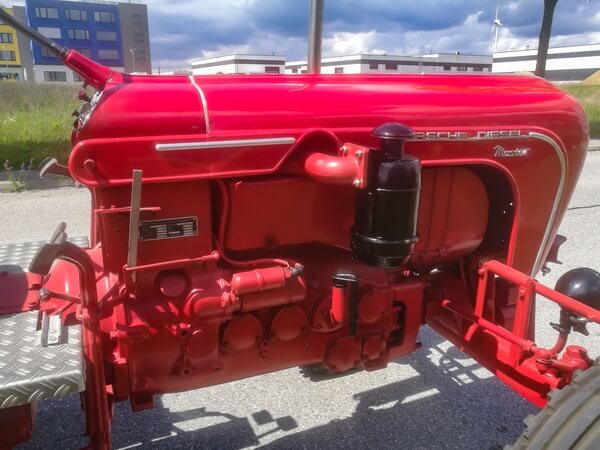 Utilizing designs from other tractors in the Porsche-Diesel lineup, the 409 derived its gearbox from the earlier 408 model and its cylinder bore from the 419, the largest and most powerful tractor of all.  Generating approximately 50 HP, the air-cooled four-stroke diesel four-cylinder in-line engine features a swirl chamber process, Bosch injection, and an oil bath air filter.  Power is sent to the rear wheels through a ZF transmission with seven forward gears and one reverse.  The engine was completely rebuilt during the restoration and two of the gears in the transmission were replaced to provide for a quicker ratio and a more practical top speed of around 35 km/h. All electrical components were also replaced including the entire wiring harness, starter, and alternator.  Regular oil and filter changes are said to have been carried out with approximately 171 hours of run time since the restoration. 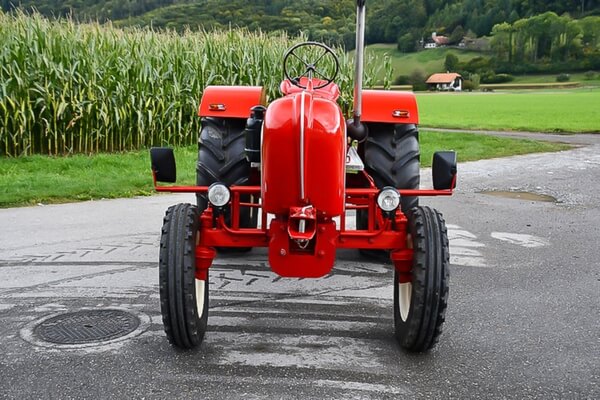 Comparable to finding a needle in a haystack, this rarely seen Master 409 may very well become the crown jewel in any Porsche-Diesel collection, do not miss out on this incredibly special opportunity.