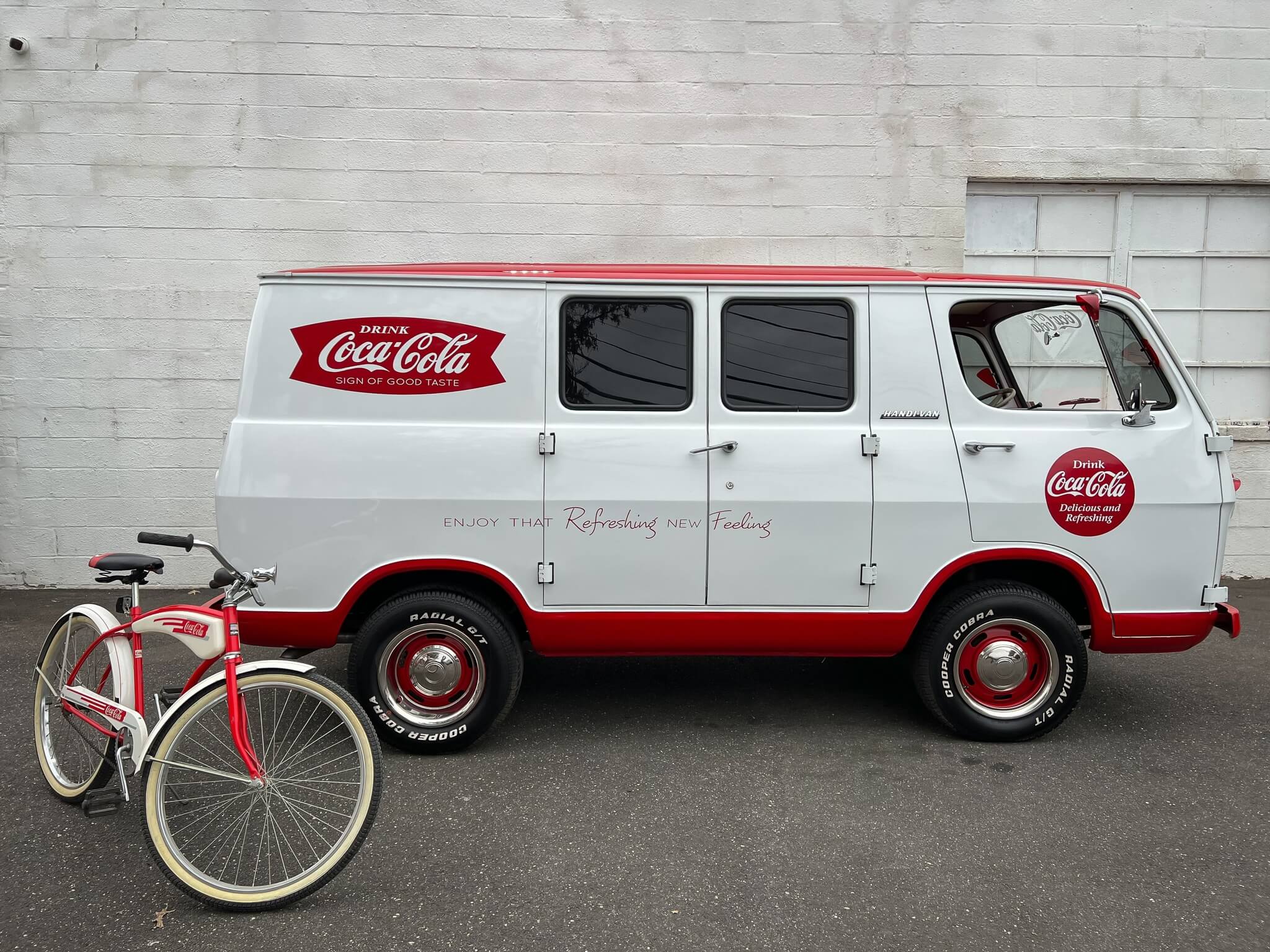 Up for auction is this 1965 GMC Handi-Van.  Offered as either a Chevrolet Sportvan or GMC Handi-Van, the first-generation G-series vans from GM were produced from 1964-1966 as compact utilitarian vehicles. This 1965 example is powered by an inline six-cylinder engine paired with an automatic gearbox and sports a retro Coco-Cola theme with a matching interior and vintage accessories including an icebox and bicycle.  It was acquired by the prior owner in 2017 who reportedly invested around $10k in service. A charming piece of Americana, this Coca-Cola GMC Handi-Van is now being offered for auction by its seller out of New York. 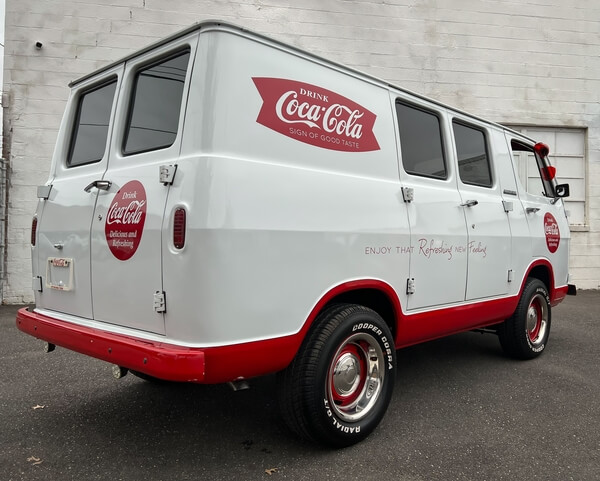 This GMC comes finished in white with Coca-Cola graphics and contrasting red-painted accents on the lower body, roof, bumpers, windshield surround, grille, and headlight bezels.  The 1965 model year saw the introduction of wider grille openings and an additional slot above the front bumper for improved cooling.  The first-generation GMC Handi-Van was offered on a 90” wheelbase and is recognizable by its flat single-piece windscreen.  Equipment includes chrome-trimmed high and low mirrors as well as double-opening doors at the rear and passenger side.  Some minor imperfections and touchups are noted throughout the exterior, detailed images are provided in the gallery.  The 15” steel wheels come painted in red with polished outer lips and hubcaps along with a set of vintage-style Cooper Cobra Radial G/T tires. 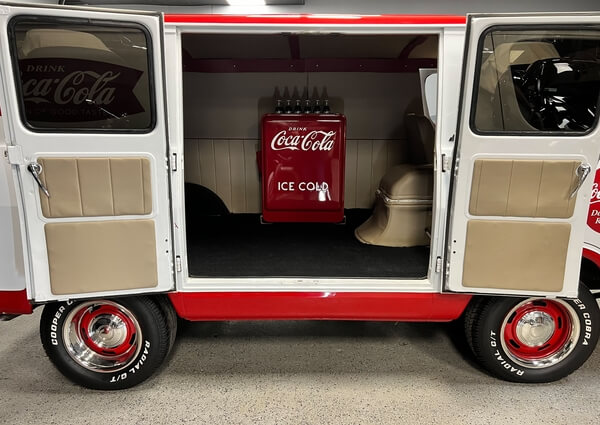 Inside, the cabin has been trimmed in custom red and tan vinyl upholstery with new black carpeting.  The steering wheel is wrapped in matching tan leather with red stitching, and the glovebox cover features a painted Coca-Cola logo.  Other additions include a vintage Coca-Cola icebox in the cargo area, a MOON Barefoot acceleration pedal, a red spare tire cover with a Coca-Cola sign, and a Clarion radio. The icebox is intended for display only, and the sale will also include a custom bicycle painted in a matching Coca-Cola-inspired theme. 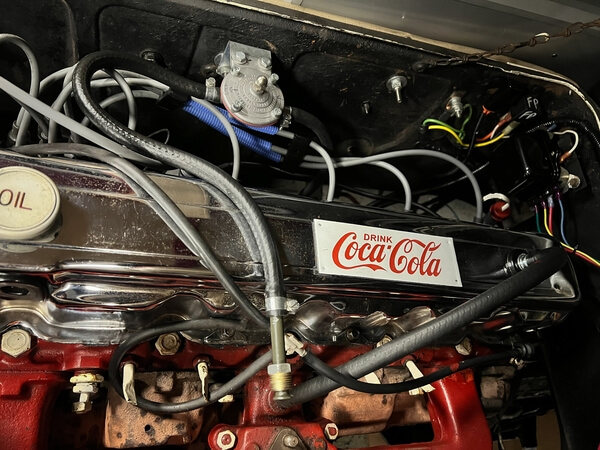 Mounted in a “doghouse” between the front seats is a Chevrolet straight-six engine that drives the rear wheels through an optional 2-speed Powerglide automatic transmission. Recent service is said to include a carburetor rebuild, engine tune-up, new belts and hoses, new kingpins, and an overhaul of the brakes. 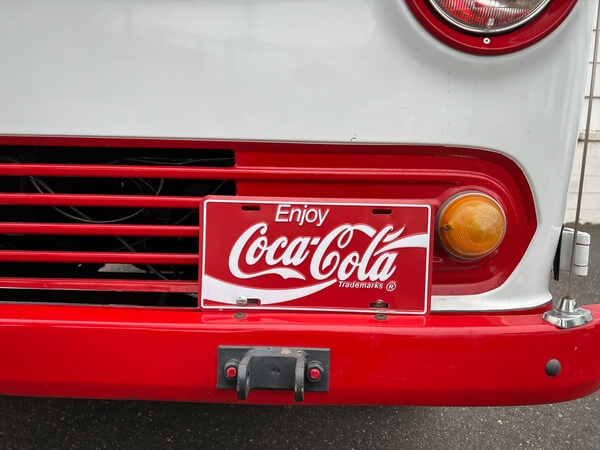 This sale will include a Coca-Cola-themed bicycle and a clean title.