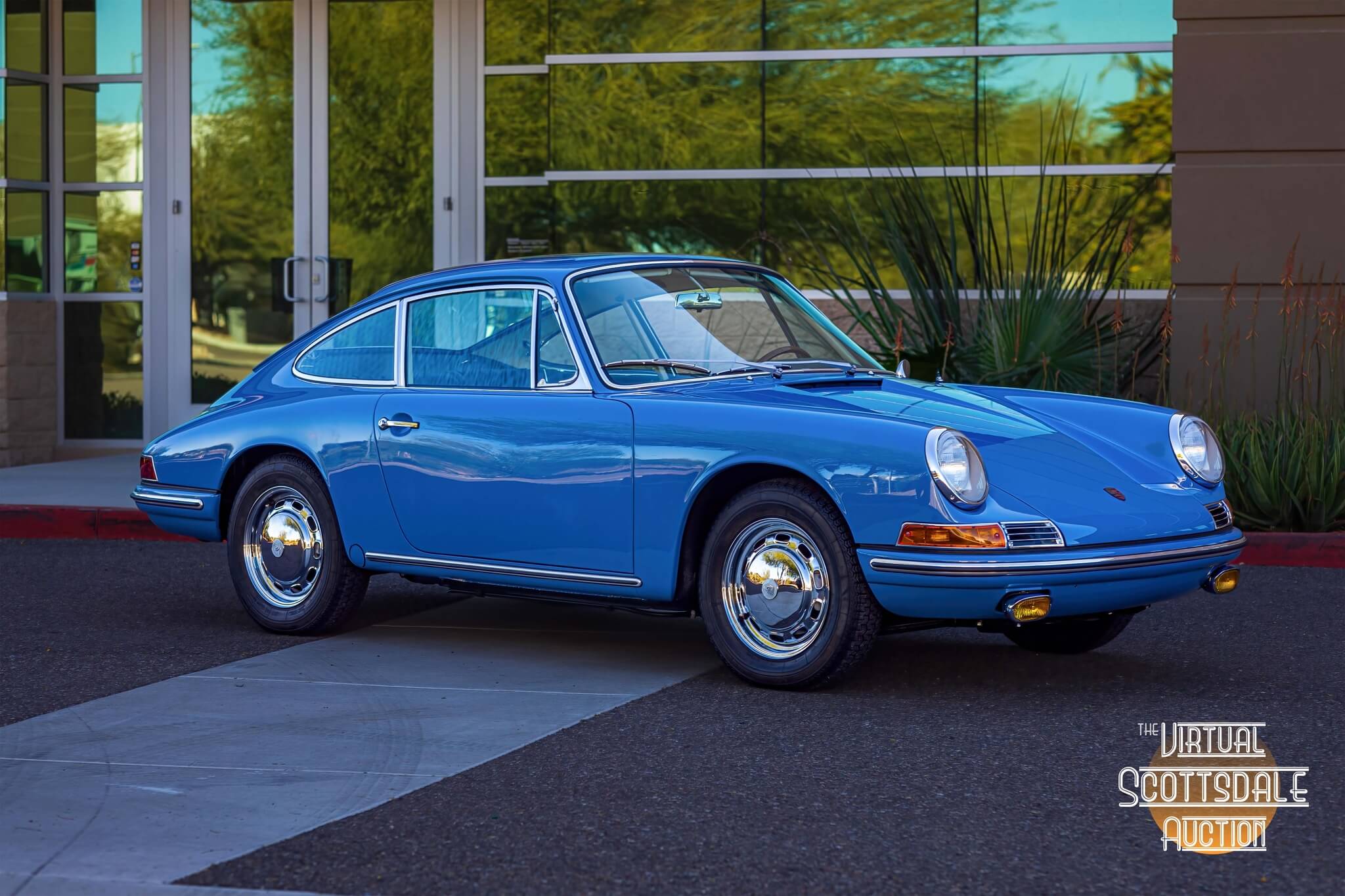 Among the earliest iterations of Porsche’s iconic rear-engine sports car, this 911 Coupe was completed at the factory in Zuffenhausen on April 13th, 1965, finished in Sky Blue over a black leatherette interior with pepita cloth seat inserts.  It was purchased by its original owner through Competition Motors of Culver City, California, and acquired at the factory on August 6th, 1965 through Porsche’s Tourist Delivery program.  After touring Europe for some time, the car returned home to California where it was photographed as the cover for the December 1965 issue of Sports Car Graphic.  The car changed hands several times throughout the years before it was acquired by a Mr. John Clinard in 1999, who commenced restoration including an engine and transmission rebuild, new paint, interior finishes, and refurbished instrumentation.  The current owner acquired the car in April of 2016 and subsequently completed the restoration before the car was displayed at the 6th annual Luftgekühlt Porsche gathering in 2019.  As pure a 911 as they come, this early short-wheelbase 1965 example retains its numbers matching drivetrain and is now being offered for auction by its seller out of Scottsdale, Arizona, accompanied by a Porsche Certificate of Authenticity and Kardex. 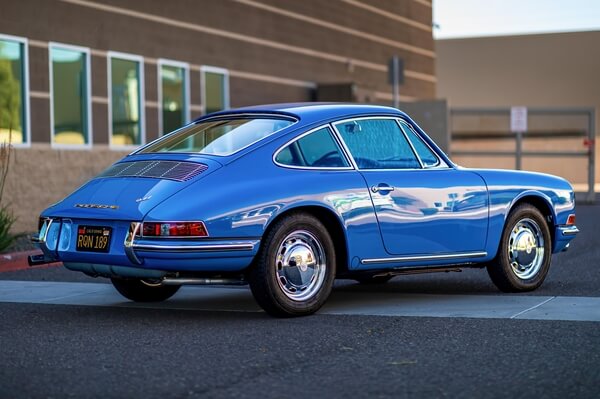 This 911 came factory finished in Sky Blue (Emailblau 6403), a rather uncommon shade offered on both late 356 models and early 911s.  The first Porsche 911s are characterized by their chromium-plated brightwork, chrome bumper overriders, and gold rear Porsche lettering with an angled “911” badge offset to the right of the decklid.  This example was factory optioned with an antenna as well as tinted glass all around.  Under the care of its prior owner, the bodywork was completely stripped to bare metal and refinished in the proper Glasurit 6403 paint color by Gary Todisco of GTA Metalworks in Santa Ana.  The 15” chrome wheels come fitted with Porsche-crested hubcaps and a set of period-style Michelin XZX tires. 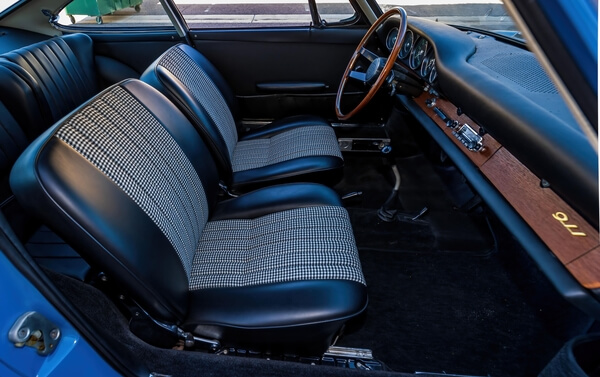 The cabin has been restored to its original appearance with black leatherette upholstery and the correct pepita cloth seat inserts sourced from Alois Ruf.  The steering wheel and dashboard were restored by Bruce Crawford, while the instrumentation was rebuilt by North Hollywood Speedometer.  A proper Blaupunkt Frankfurt radio is paired with a factory-optioned loudspeaker mounted in the center dashboard. 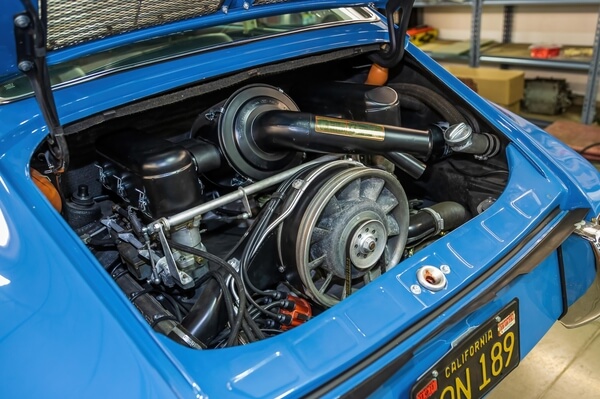 This 911 is equipped with its original 2.0L flat-six carbureted engine (901011) paired with a numbers matching 5-speed 901 manual transmission (100916) that drives the rear wheels.  The engine and gearbox were reportedly rebuilt by Chuck and Randy Beck under prior ownership and the car has since been equipped with an upgraded Dansk muffler, stainless steel SSI heat exchangers, and adjustable Koni rear shock absorbers.  Detailed images of the undercarriage and case stampings are provided in the gallery. 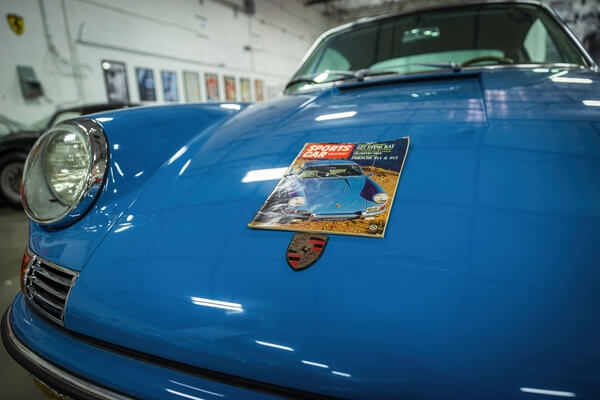 This sale will include an assortment of spare parts, a toolkit, spare tire, a technical data sheet, Kardex copy, Porsche Certificate of Authenticity, a clean title, and a record of ownership. No Porsche collection is complete without an early short-wheelbase 911, do not miss out on this beautifully restored, numbers matching 1965 example.