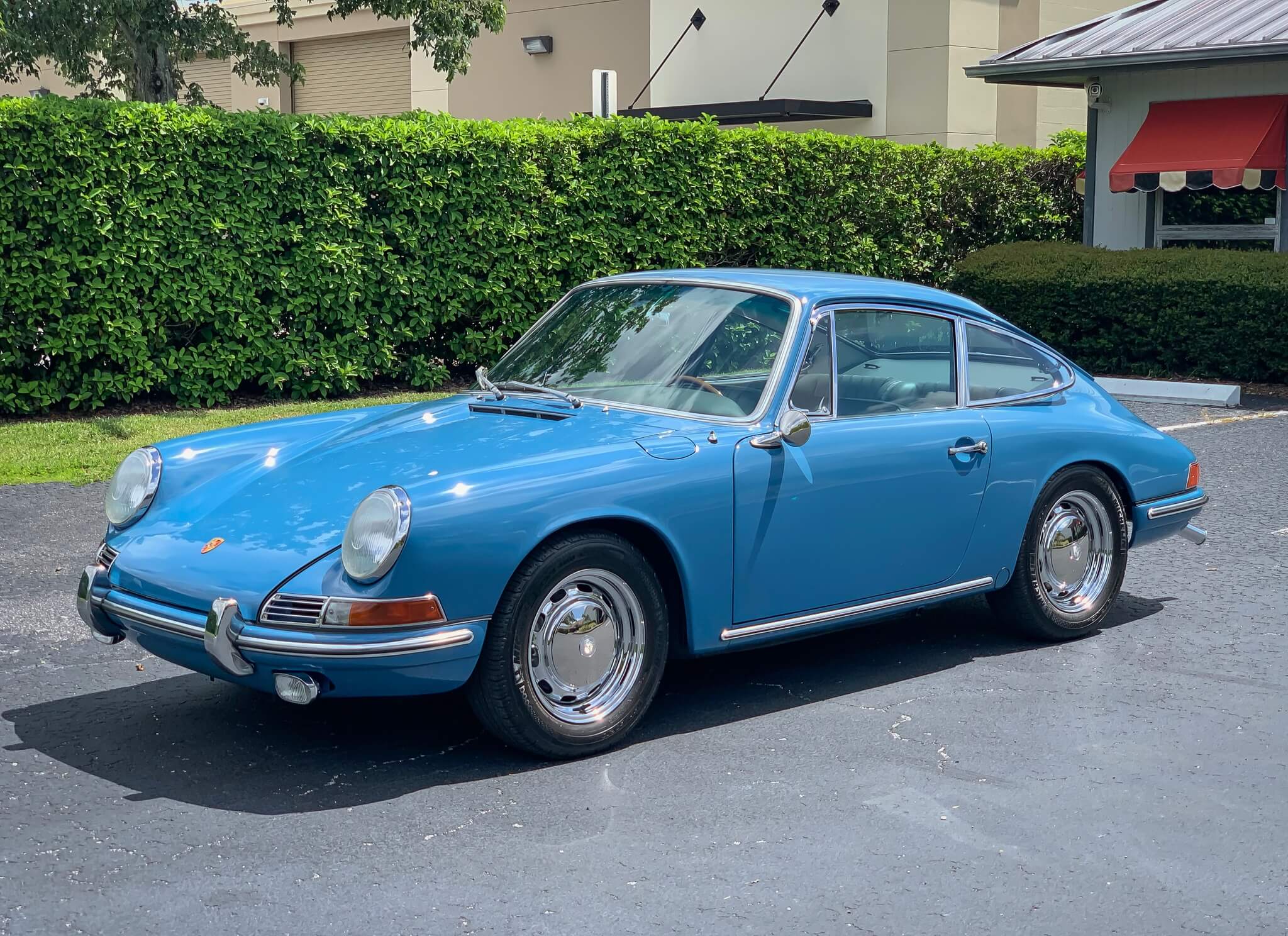 We are pleased to present this 1965 Porsche 912 Karmann Coupe finished in Sky Blue.  Introduced to the public in April of 1965, the Porsche 912 was offered as an entry-level alternative to the 911, powered by a 1600cc flat-four engine derived from the 356 SC.  This rare first-year example is one of the very few to have been designated for the U.S. market and is believed to have been ordered by VW Pacific executives during their trip to Germany for the debut of the 912.  It was subsequently imported by VW Pacific of Culver City, California before eventually being acquired by the current owner in 2012. Having undergone a complete restoration, this remarkable 1965 912 is now being offered for auction by its seller out of Florida accompanied by the original Kardex, owner’s manuals, restoration records, and a Porsche Certificate of Authenticity. 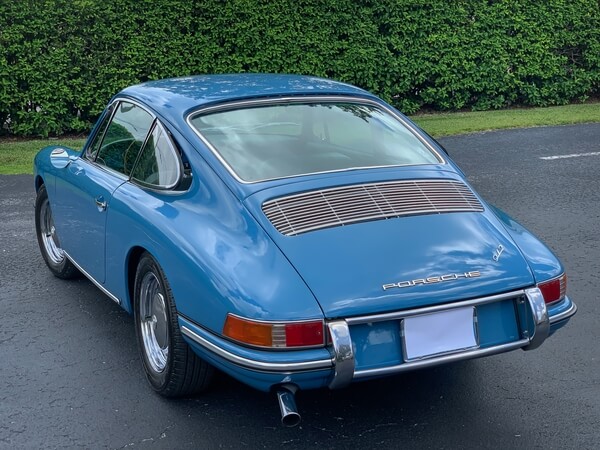 Shortly before the current owner's purchase, this 912 was completely stripped and refinished in its original color of Sky Blue.  Repairs were made to the bodywork as necessary and all new rubber seals and moldings were installed along with a new rear decklid grille.  New HID headlights were also installed in 2015 along with new H4 lenses and widened 15" chrome wheels dated from 1965. These wheels come fitted with new chrome hubcaps along with Michelin Grand Touring Premier all-season tires.  Detailed images are provided in the photo gallery along with corresponding invoices from Realistic Auto Restorations. 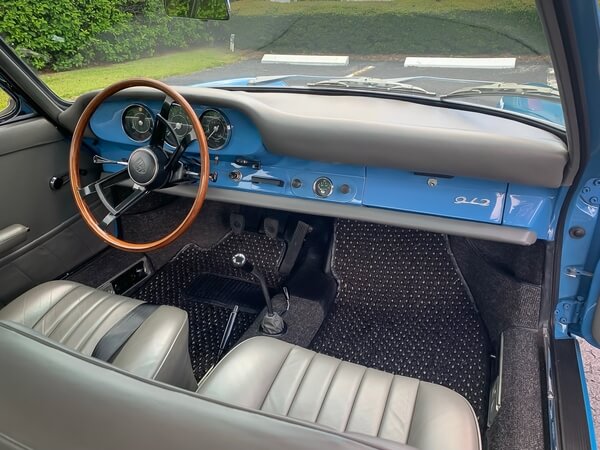 The cabin was restored prior to the current ownership with new grey leatherette upholstery and square weave carpeting.  It features a rare 3-gauge 356-style painted dashboard as well as an original wood-rimmed steering wheel, new Coco floormats, lap belts, and a fire extinguisher mounted beneath the passenger seat.  The seller reports all gauges and lights to be functioning properly at this time. 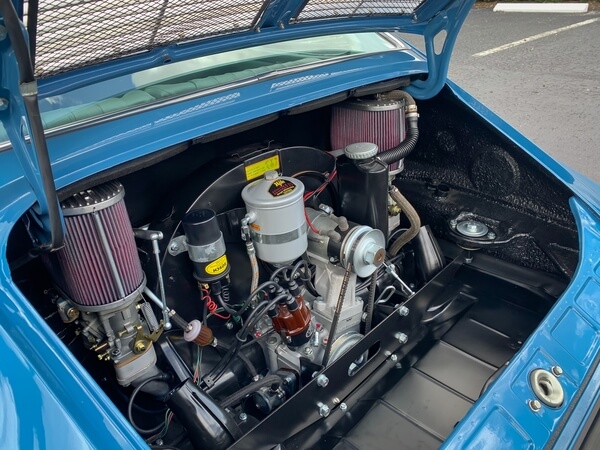 In 2018, the air-cooled flat-four engine was rebuilt, blueprinted, dyno-tuned, and upgraded to a 1739cc displacement by Heritage Motorcar Research Inc. at a cost of over $25k.  The 5-speed manual gearbox was also paired with a new Sachs clutch kit.  The engine work was completed in October of 2018 with 5,380 miles showing on the odometer. Corresponding invoices are provided for reference in the photo gallery. 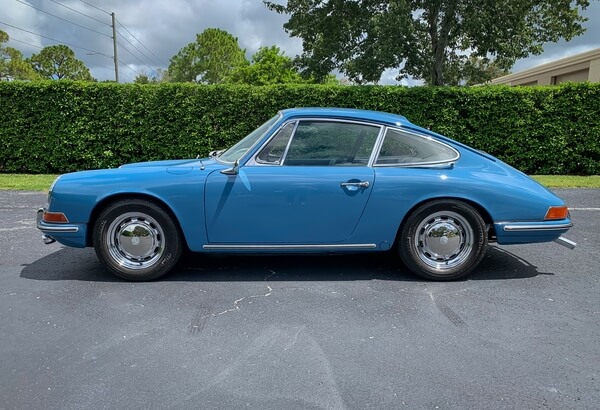 This sale will include restoration records, original owner's manuals, a Kardex, a Porsche Certificate of Authenticity, and a clean title.  This is a very special opportunity to own one of the rarest and most sought-after Porsche 912s of all time.