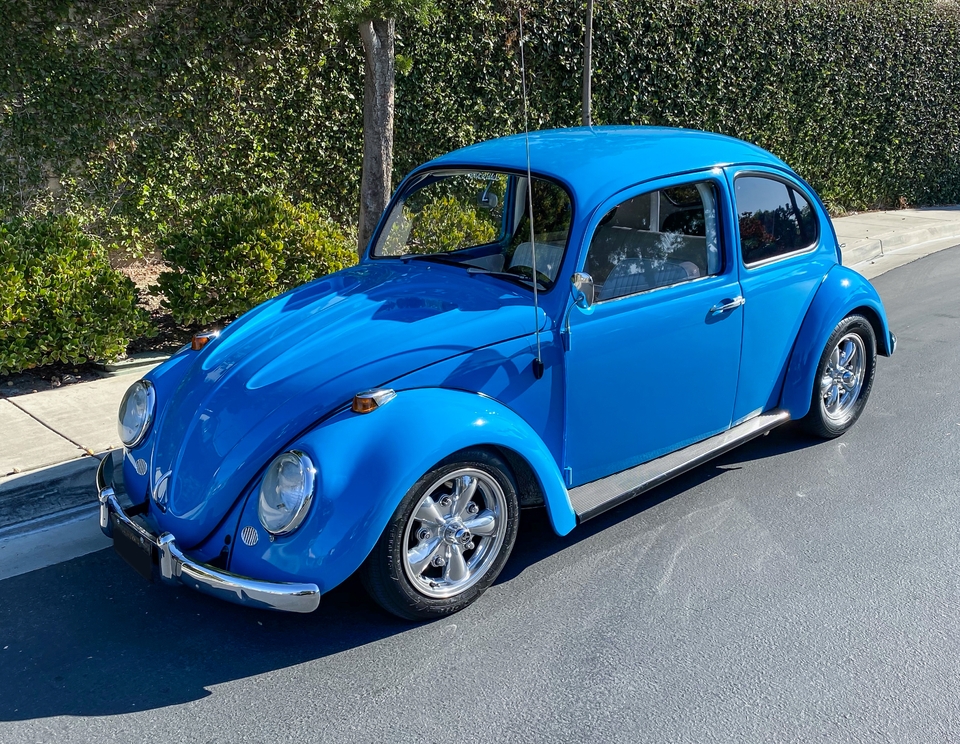 Up for auction is this custom turbocharged 1966 Volkswagen Beetle.  Reported to have been purchased by its current owner in 2000 as a totally original vehicle, this Beetle has since undergone extensive modifications and upgrades including a full repaint, a reupholstered interior, disc brakes, and a turbocharged 2180cc flat-four engine paired with a custom-built 4-speed manual transmission.  With only a few thousand miles added to the engine since it was built less than 4 years ago, this one-of-a-kind Beetle is now being offered by its longtime owner in California, accompanied by a collection of spare parts, records, invoices, and a clean title. 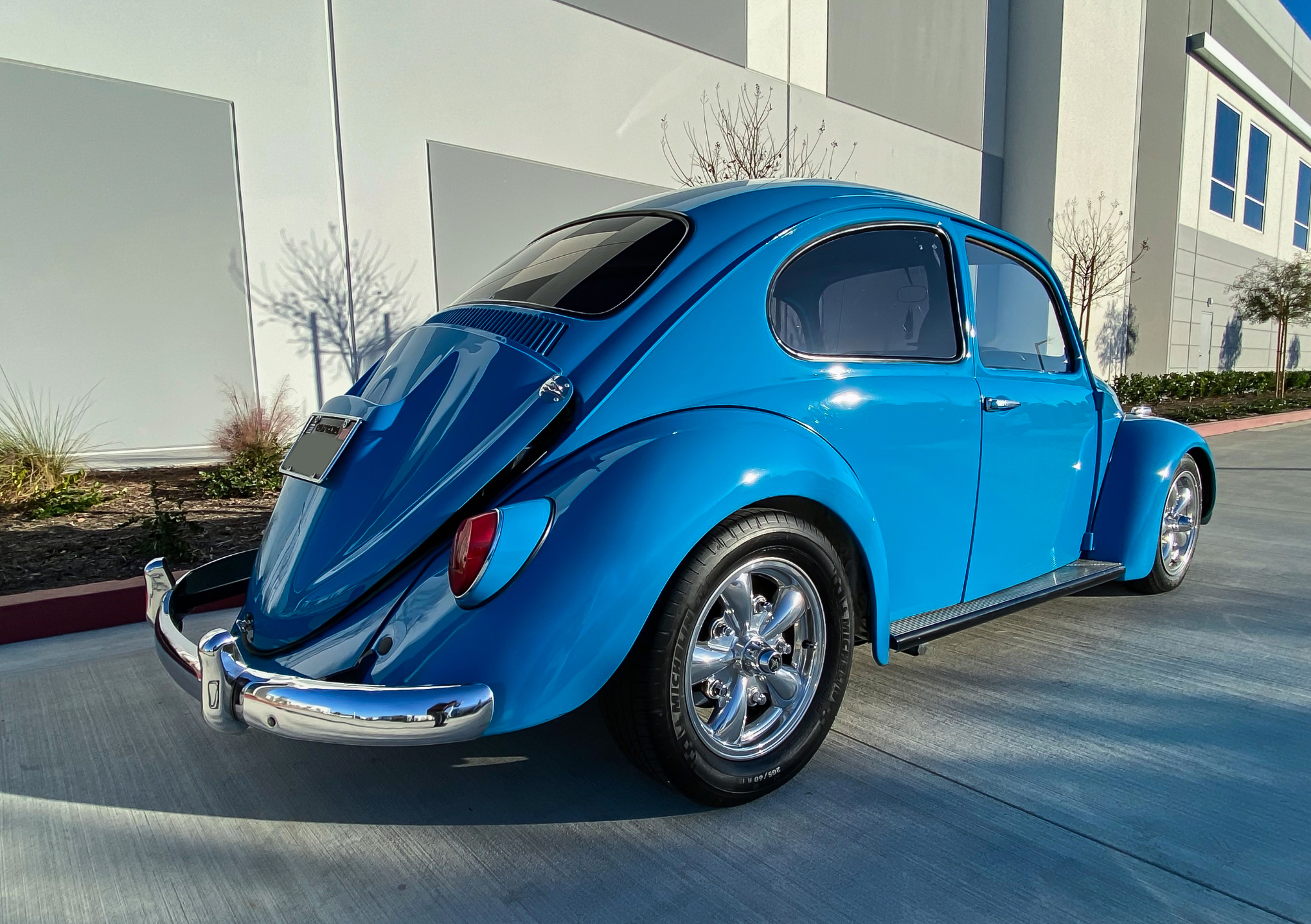 This Beetle is said to have been completely refinished during 2002 in Ford “Grabber Blue”.  The paint is said to have been meticulously cared for and remains in excellent condition (detailed images are provided in the photo gallery). A custom fiberglass hood and rear decklid have also been installed in addition to chrome 5-spoke aftermarket wheels that come dressed in older but healthy Michelin tires. 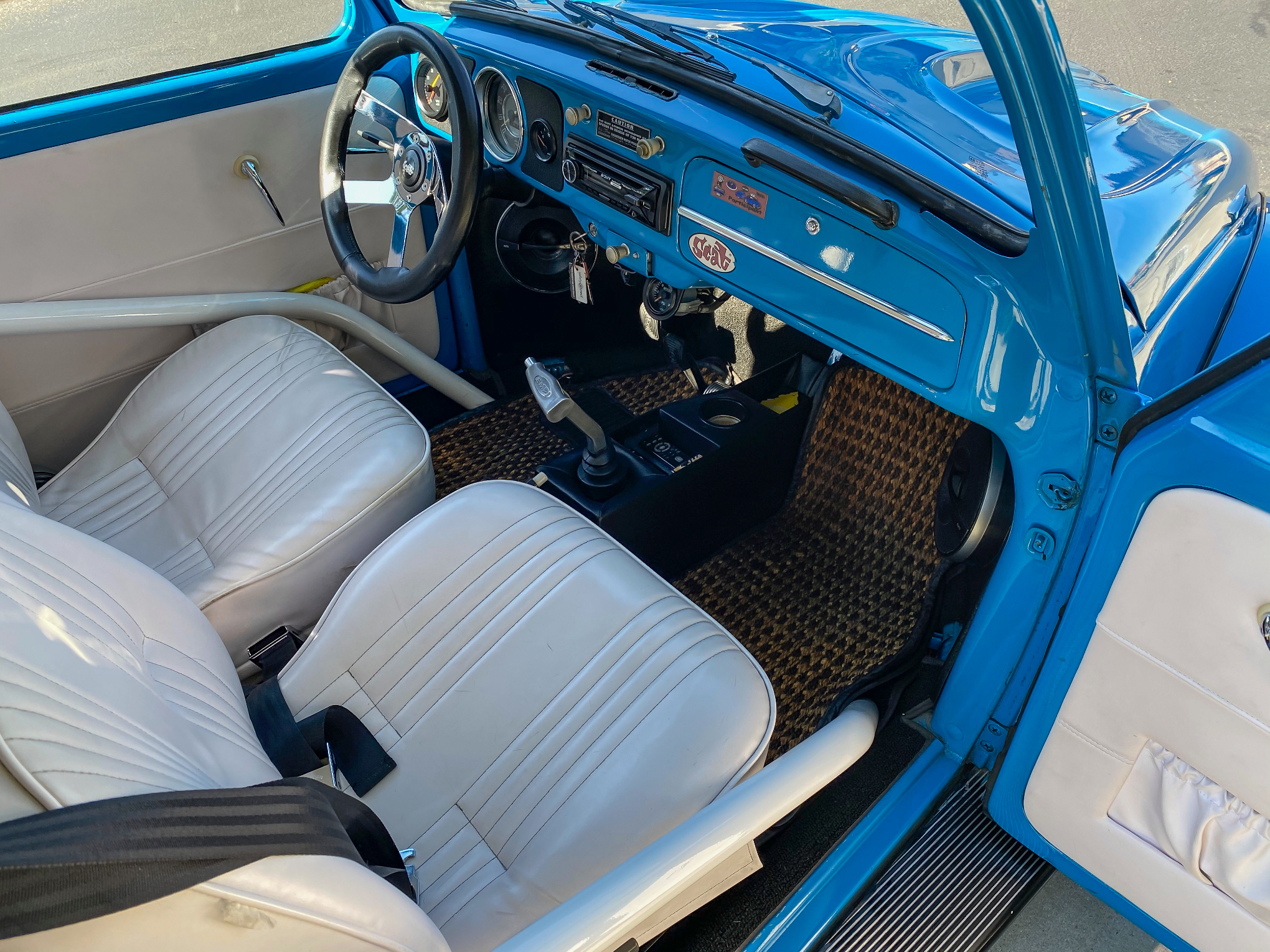 Under the current ownership, this cabin has been redone with all new SCAT upholstery and carpeting. The sound system was also upgraded with a Sony stereo, a 12” subwoofer, 6”x9” speakers, and dual amplifiers.  The gas gauge is reported to be inaccurate, and the seller confirms all other gauges and accessories to be working properly. 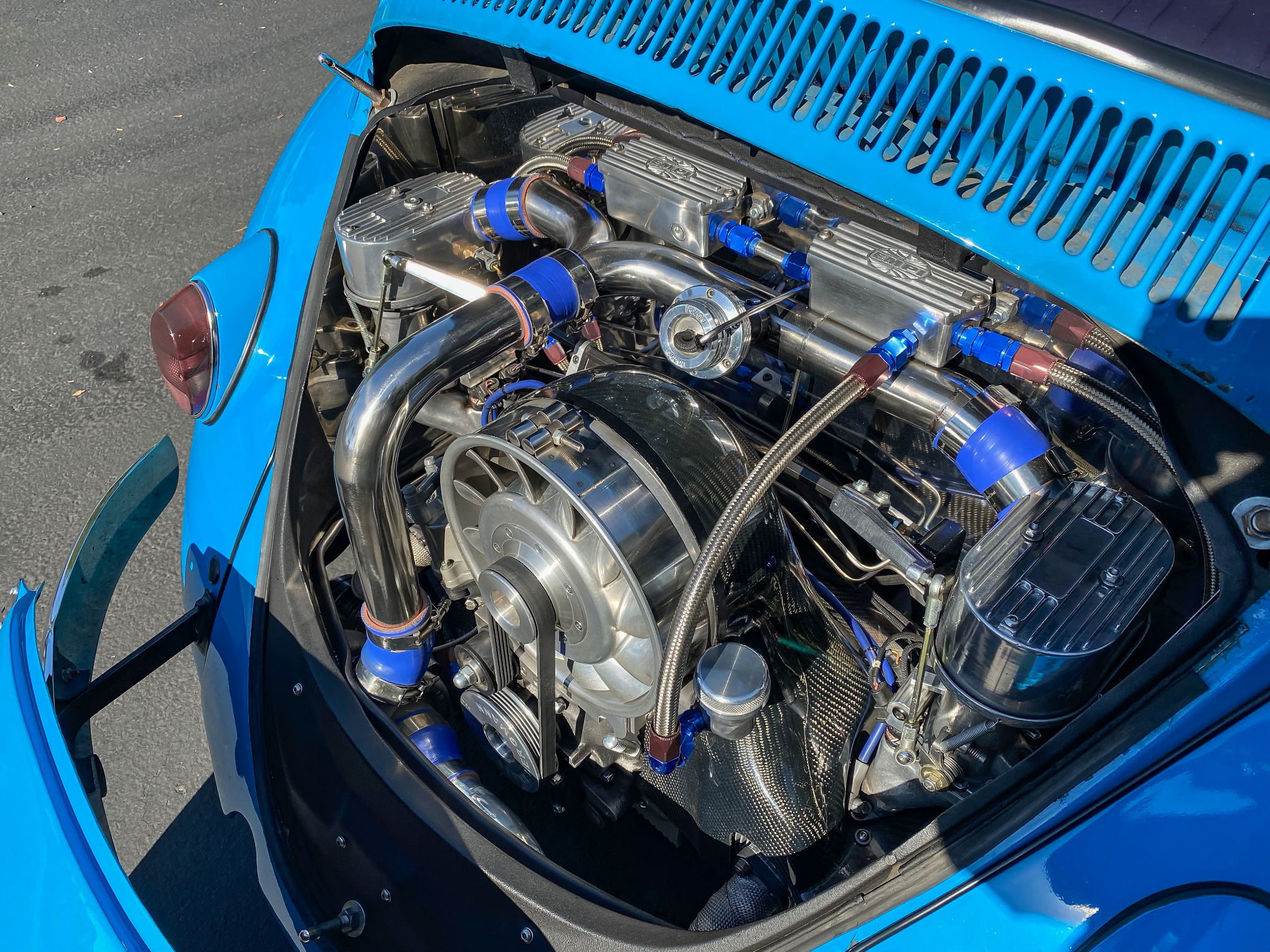 Since the seller’s purchase in 2000, this Beetle underwent several engine changes before a custom-built 2180cc flat-four engine was installed approximately 4 years ago and upgraded with a T3 turbocharger.  It was then mated to a 4-speed manual Freeway Flyer transmission that was custom built at a cost of over $4k in 2005.  The engine is said to make approximately 180 HP on C12 race fuel at a conservative boost level of 10 psi.  Other features include electronic fuel injection, stainless steel lines, heavy-duty race axles, race boots, welded hubs and gears, a Super Diff, dual billet heavy duty side covers, a Rhino gearbox case, chrome axle tubes, and 4-wheel disc brakes.  This Beetle is said to have been kept in top running order with regular service and oil changes.  It is also reported to meet California emissions standards. 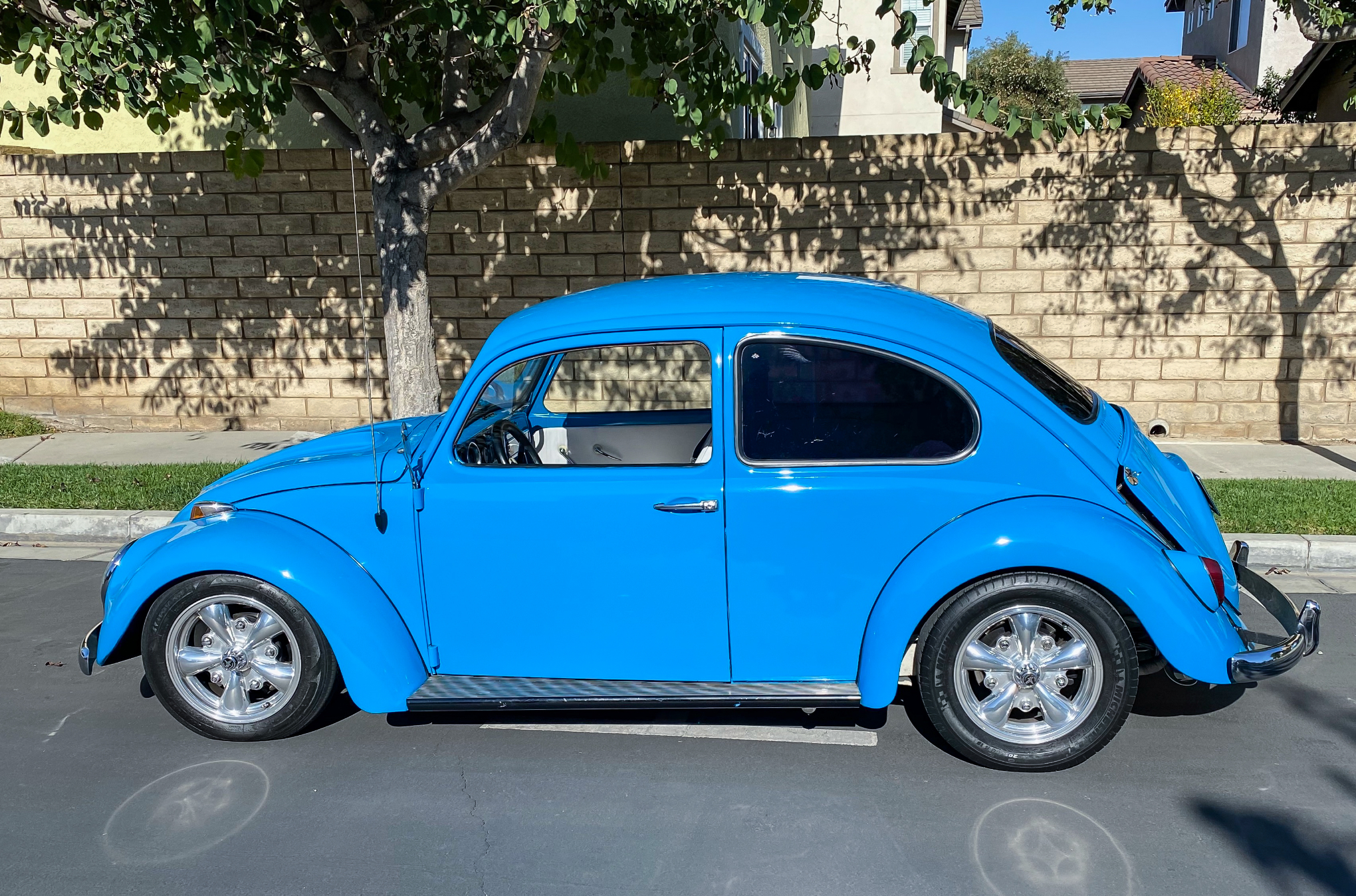 This sale will include 1 master key, service records and invoices, a collection of spare parts, and a clean California title.  A Beetle unlike any other, this turbocharged 1966 example is sure to turn heads anywhere it goes.