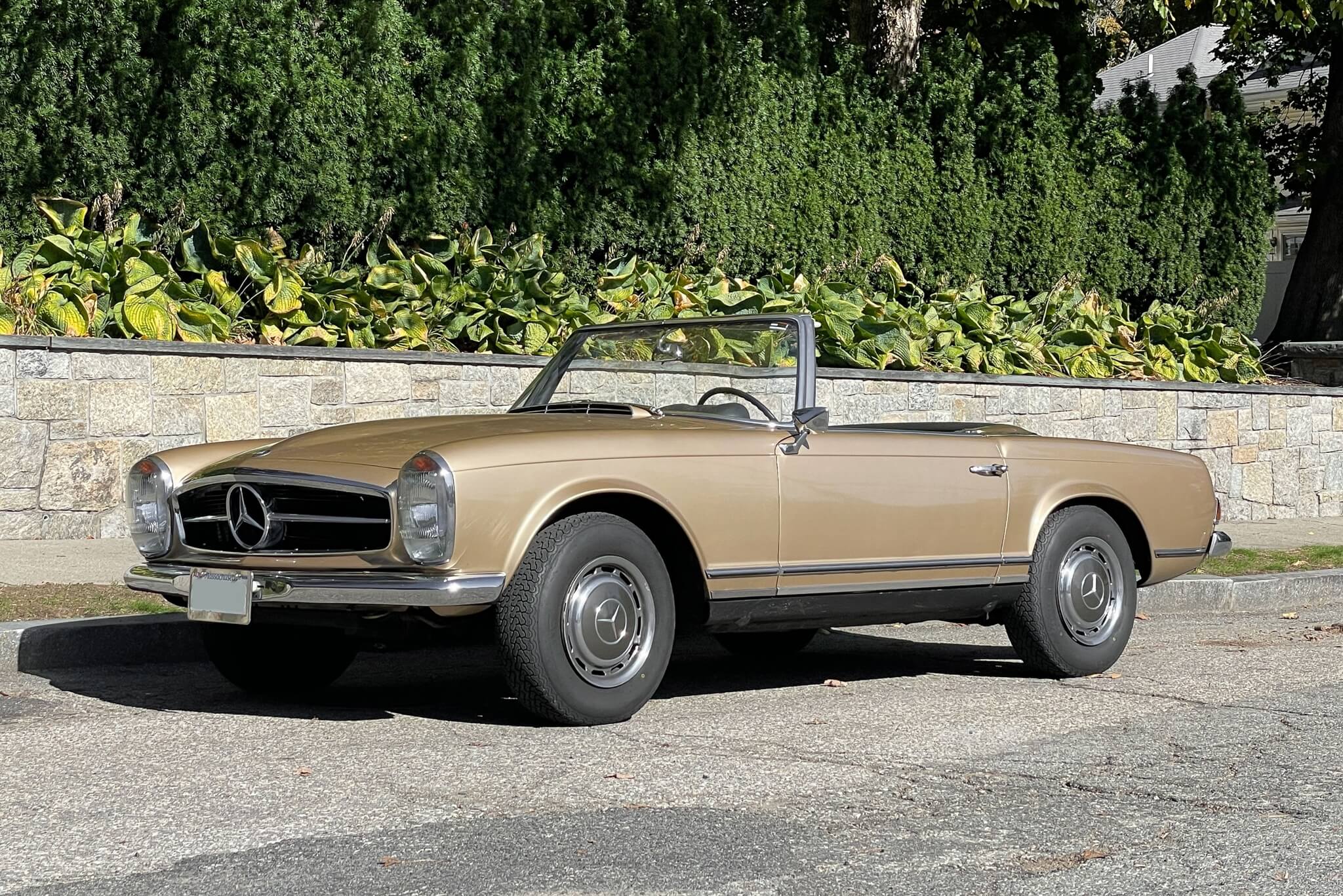 Available for auction is this 1967 Mercedes-Benz 230SL presented in golden metallic over a black MB-Tex interior. Debuted at the Geneva Auto Show in 1963 and produced until 1967, the 230SL ushered in the W113 roadster and marked a transition in Mercedez-Benz’s styling from bulbous curves to a squared silhouette. The 1967 production models are particularly desirable, as only 185 examples were reportedly produced in the final year. This rare 4-speed SL was purchased by its second owner in 1979 at Mercedes-Benz on the Champs Elysees in Paris, France, and subsequently imported the car to the U.S. later that year. Under the care of its third and current owner since 2021, this SL has undergone noteworthy recent refurbishments and is now being offered for auction out of Massachusetts. 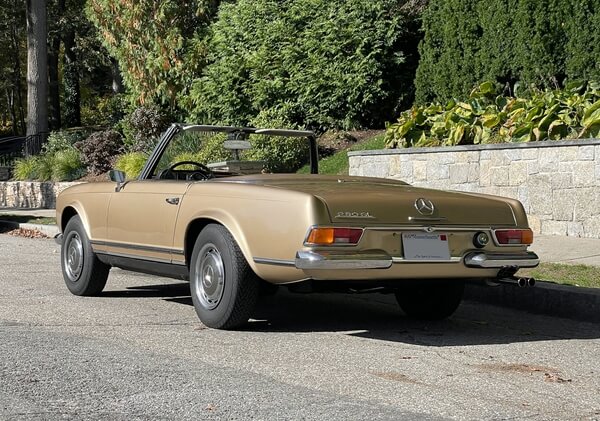 The exterior was originally finished in blue and has been professionally refinished in the current golden metallic color using a high-quality DuPont Imron paint before arriving in the U.S. The brown convertible soft top is newly equipped, and a green Pagoda hardtop and garage hardtop lift are included. The exterior is complimented by chrome finishes along the left side mirror, bumpers, windscreen, door handles, and grille. The front end is suited with new European-spec headlights. Black-painted 14” wheels feature matching hubcaps with chrome accents and are dressed in five new Blockley Radial Tyres including the spare. All of the original glass is said to have been retained. The seller notes a slight indentation on the passenger door along with some minor paint imperfections, detailed images are provided in the gallery. 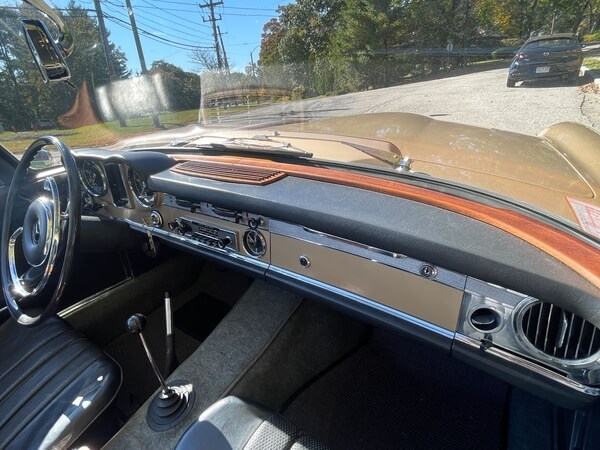 The interior features black MB-Tex upholstery with perforated bucket seats matching the dashboard top and door panels. The instrument panel has been paint-matched to the exterior and is accented by natural wood along the top. The wooden center console, driver window assembly, floor mats, lower dash cover, ignition switch, and dashboard lights have been newly installed. The seller reports that all gauges and electronics are working properly although the clock runs slowly. It is also noted that the headliner on the hardtop is yellowing but easily serviceable. 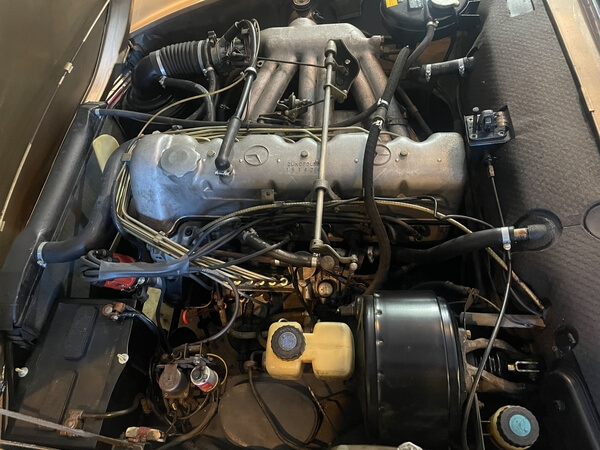 The 230SL is powered by a 2.3-liter M126 inline 6-cylinder engine, which generates 148 HP and 145 lb.-ft of torque to the rear wheels through a 4-speed manual transmission. This example is said to have undergone a top-end engine rebuild in 1980. Additionally, the current owner has performed extensive services throughout the past year including a new battery, new ignition components, brake fluid and pads, wheel bearing repairs, new Blisten shocks, and a transmission fluid change. Other replaced items include a fuel screen and filter, injectors and lines, coolant hoses and clamps, a firewall pad, water pumps, a fan belt, and an air filter and housing boot. 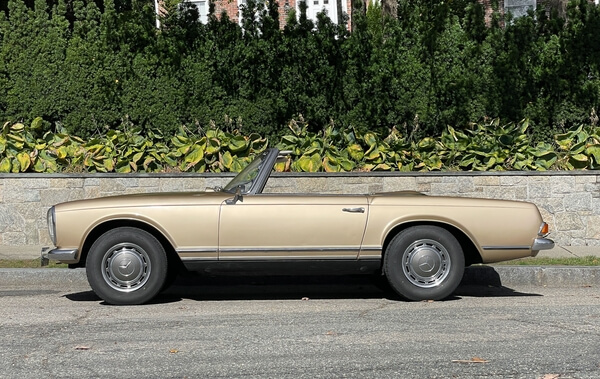 This sale will include owner’s manuals, a clean title, a removable hardtop, and a garage hardtop lift that will be disassembled for delivery.