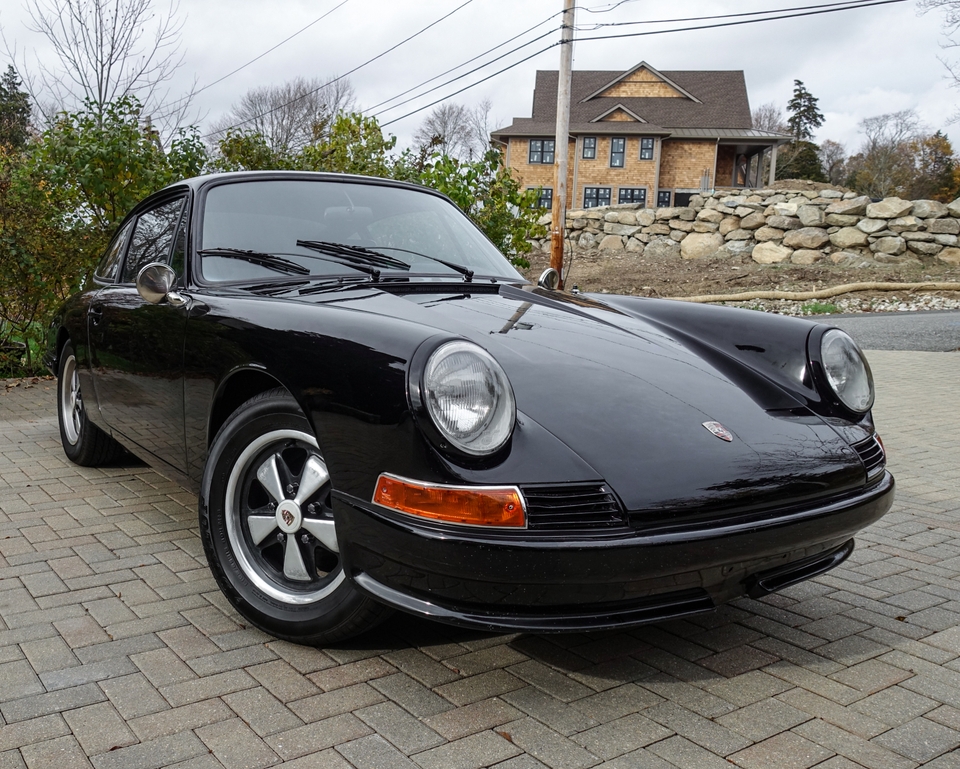 Up for auction is this 1967 Porsche 911 Coupe finished in Black over a black interior.  Purchased by its seller earlier in 2020, this 1967 example is believed to have been formerly owned in California before eventually making its way up to Buffalo, New York.  Under previous ownership, this 911 was repainted in Black and fitted with a correct-type 2.0 L flat-six engine that is said to have been rebuilt approximately 4 years ago by a certified Porsche technician.  Having undergone a considerable amount of refurbishment in the last several months including the recent rebuilding of the Weber carburetors, this classic 1967 911 is now being offered by its seller in Rhode Island while showing approximately 87k miles on the 5-digit odometer. 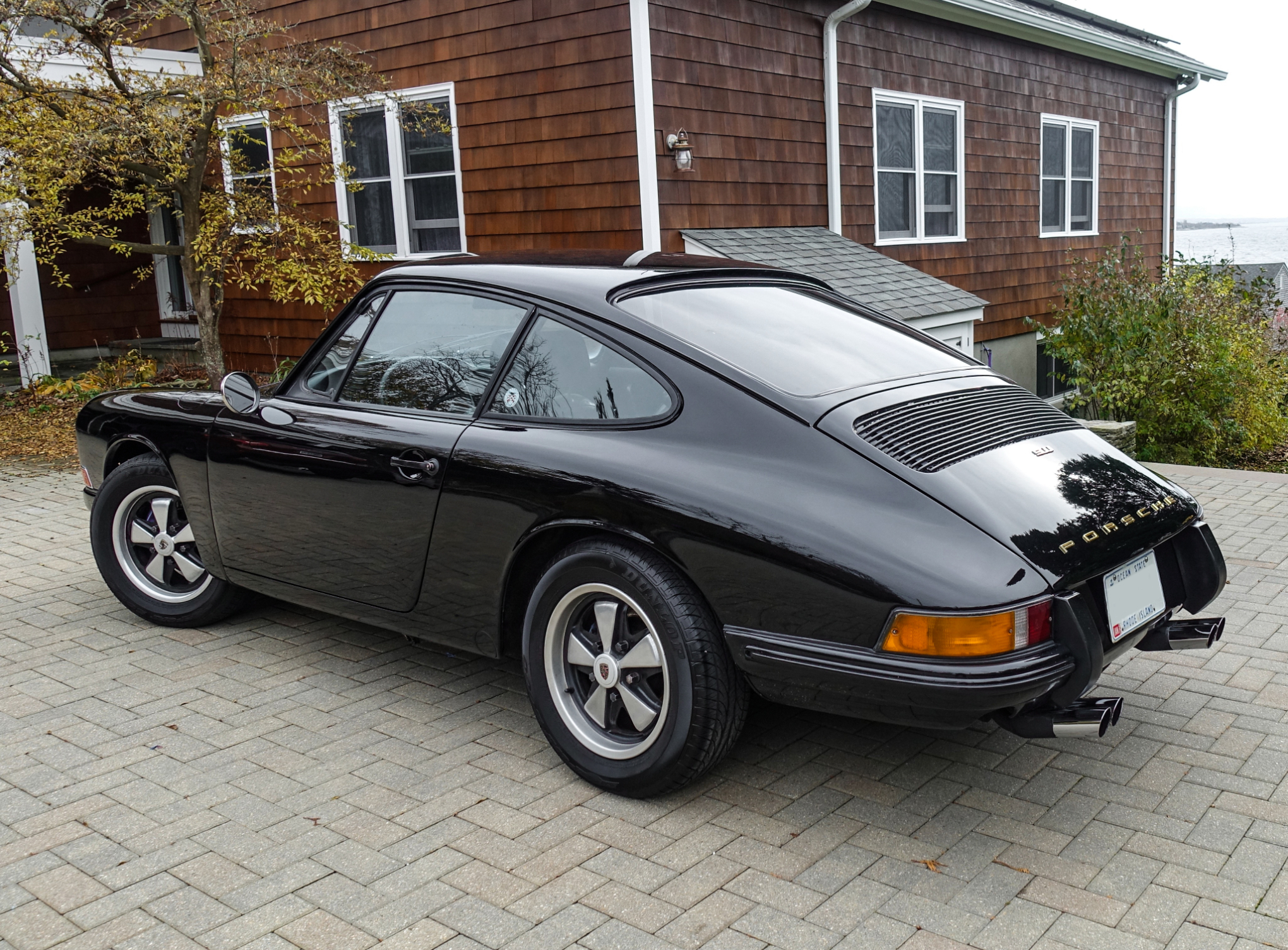 This 911 was previously refinished in Black from its original factory color of Bahama Yellow.  The paint is said to be in excellent overall condition with some minor road-going wear as well as some surface bubbles on the left front fender (detailed images are provided in the photo gallery).  The exterior brightwork was refinished in black, the brake calipers were refinished in blue, a 911S-type front bumper was installed, and correct side-view mirrors were installed by the seller. The factory Fuchs wheels are said to be dressed in nearly brand-new Dunlop tires. 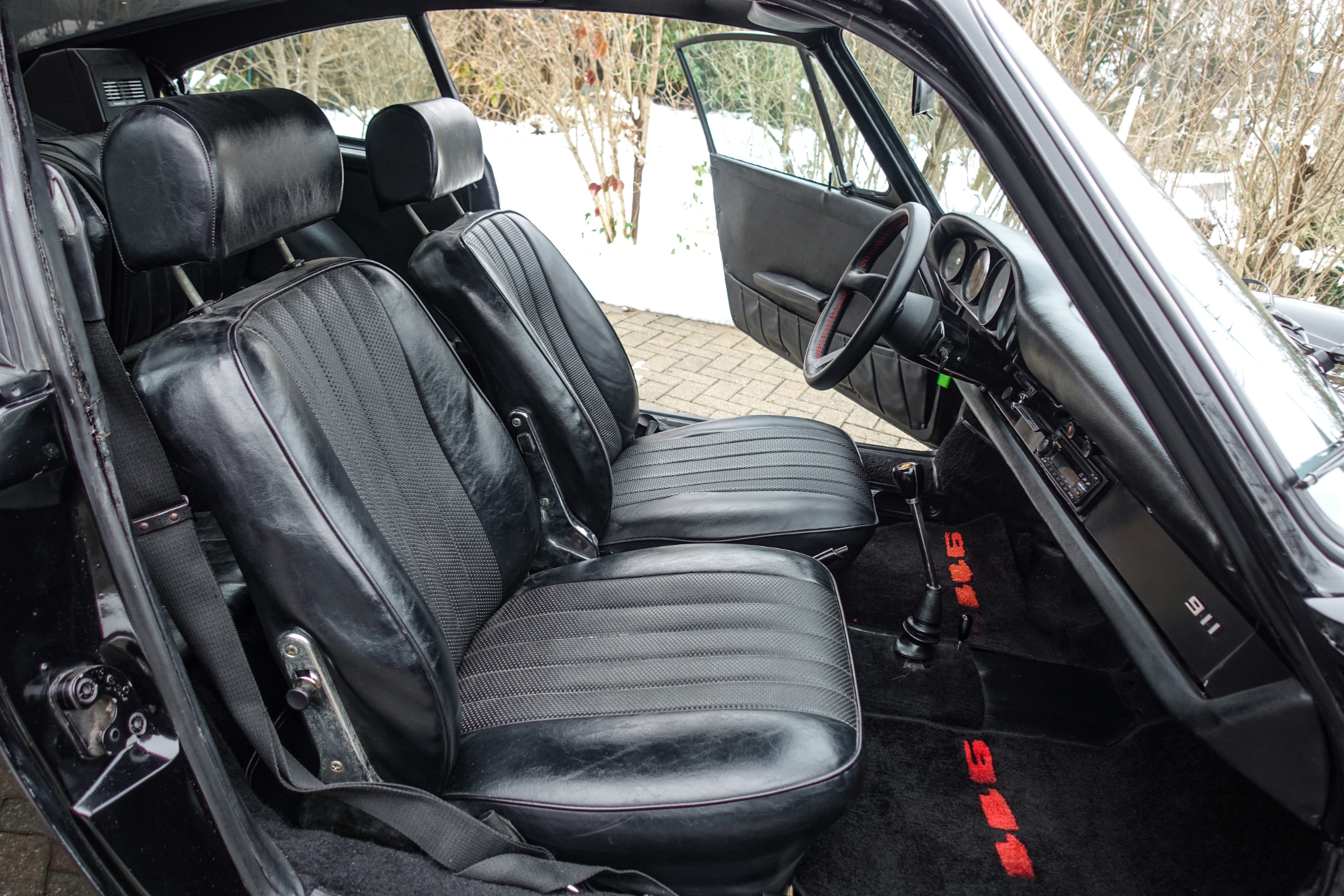 Inside, the cabin is said to be in very good condition.  The driver’s seat bottom was recently replaced and an aftermarket 3-spoke steering wheel has been installed along with an aftermarket radio, and Pioneer speakers behind the rear seats. 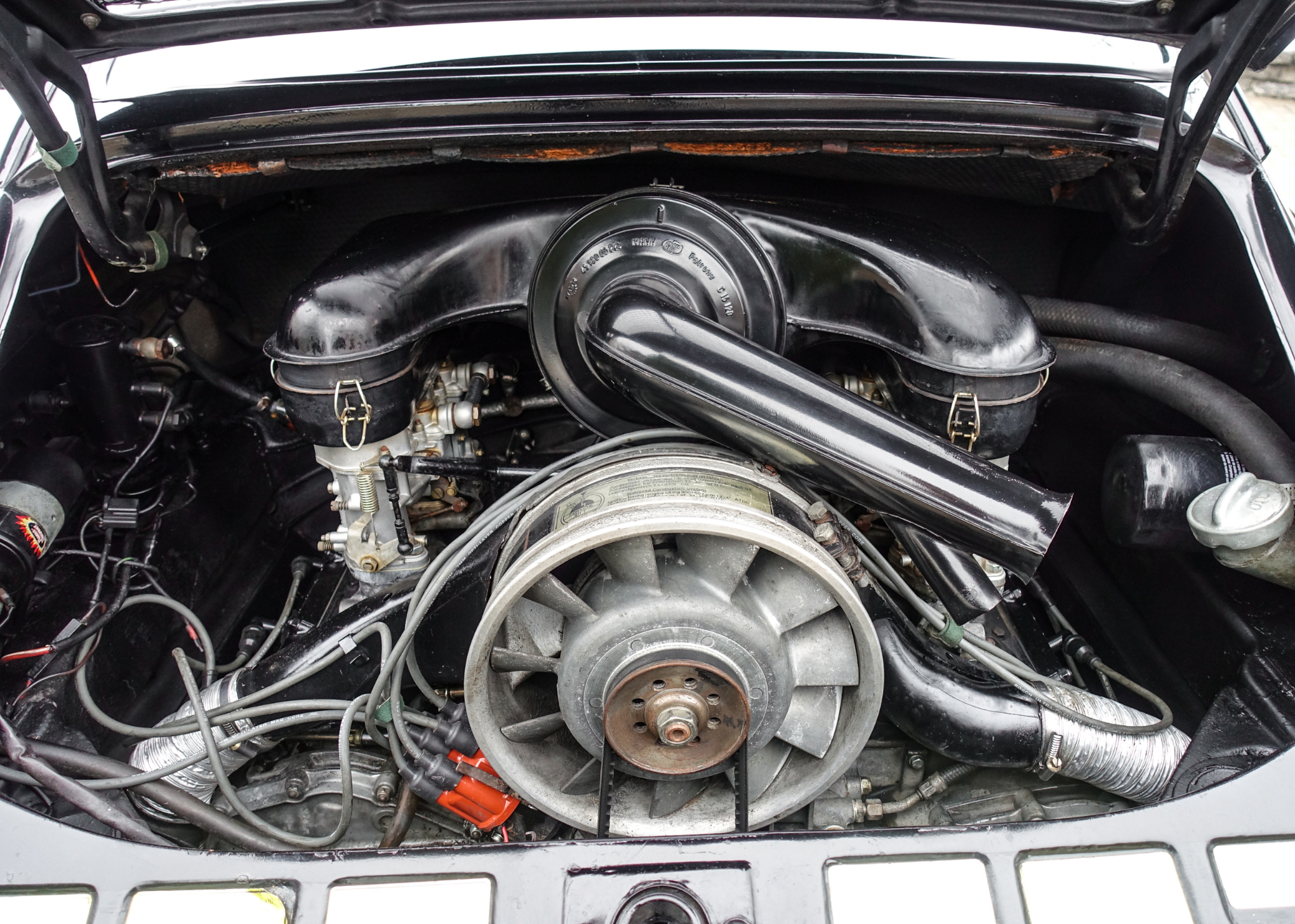 During previous ownership, a correct replacement 2.0 L flat-six engine was installed which is reported to have been rebuilt by a certified Porsche technician within the last 4 years.  A factory 4-speed manual gearbox drives the rear wheels and the Weber 40 carburetors have been freshly restored.  A solid-state ignition system has been added along with an aftermarket quad-tip exhaust, and a thorough recent inspection found the suspension and braking systems to be in good operating condition.   The hood and trunk shocks have also been recently replaced and the seller indicates this 911 to be in great running order for its next owner. 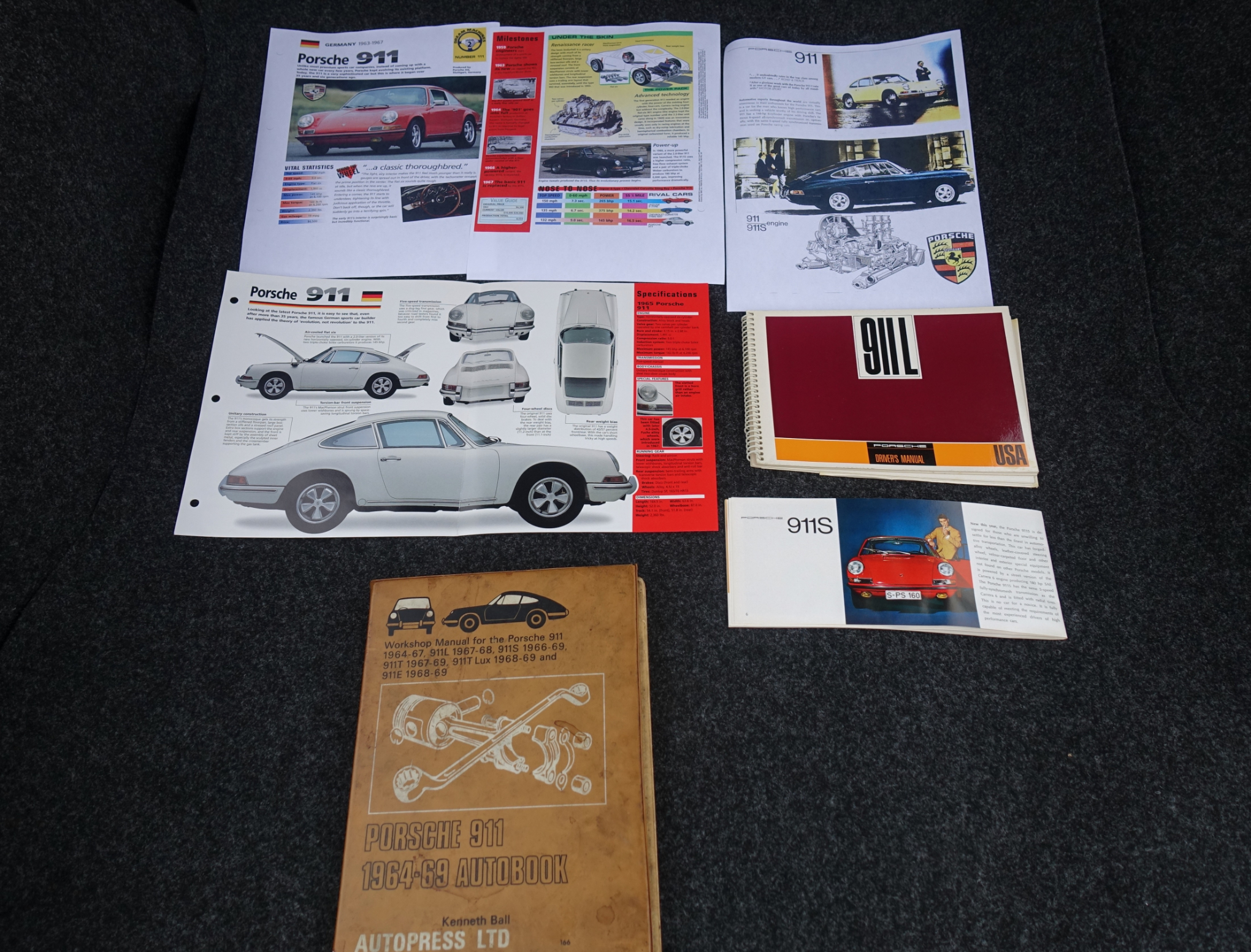 This sale will include a set of 2 keys, a bill of sale, a maintenance manual, an older Porsche Certificate of Authenticity, a Bilstein jack, and a collapsible spare tire.  For any enthusiast looking to get behind the wheel of an early air-cooled 911, this driver-grade 1967 example is not to be overlooked.